Toast the End of Summer with Bisol Jeio Brut-$14.99 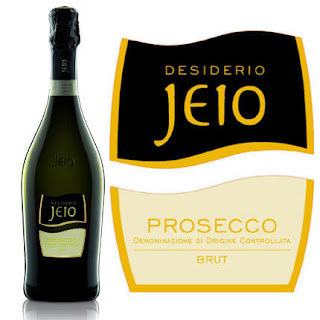 Summer has ended and the fall season has begun. What better way to toast the passing of the season than with a glass of sparkling Prosecco from one of Italy's  premiere houses,  Bisol. Created in Veneto, Italy, by one of the oldest names in Prosecco, Jeio is a joy to behold. Bright, fresh and crisp with a beautiful straw color, it is quite literally gold in a glass, with flavors of crisp Golden Delicious apples, a hint of white jasmine flowers on the nose, and a bracing acidity that makes it perfect with salads and seafood. Shellfish, soft goat cheese or brie and pasta and risotto dishes brimming with shrimp, ,mussels of clams and sushi are the perfect accompaniments. The Bisol family is one of the most esteemed producers in the region. They been making process in the Veneto since the 1920s, but the vineyards, high in the hills of the Valdobbiadene, have been producing grapes on land owned by the family since the1500s. The wine is named for Desiderio Bisol, whose wife gave him the nickname Jeio, and the sparkling wine is so named as a tribute to him.  So, as a toast to the end of a beautiful summer, raise a glass of Jeio to the beginning of fall.

Posted by Dwight the Connoisseur at 1:00 PM No comments:

Here's an enticing blend of Sangiovese, Sagrantino and Merlot from Umbria that makes for the perfect end-of-summer, say hello to fall, wine. It's a bright, full-flavored red that goes down really easy. Fresh dark red cherries and a nice hint of nutmeg and cinnamon spice with a nice finish of vanilla bean goes perfect with homemade tomato sauce with fresh basil from the garden and a few hefty slices of buffalo mozzarella. Some Italian sausages or a turkey burger flavored with oregano right of the grill is another treat if you decide to fire it up one last time before rolling it into the garage or shed for the season. The wine has a lot of complexity for something so reasonably priced. The fact that it was aged in big Slavonian oak barrels makes for a nice, mellow, rounded flavor, that brings out the best in this robust, satisfying wine. 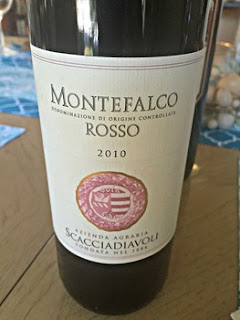 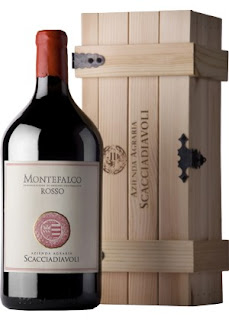 Posted by Dwight the Connoisseur at 8:51 AM No comments: