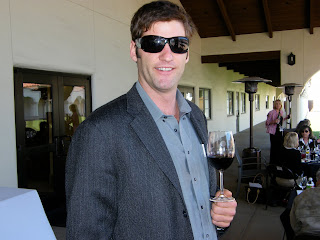 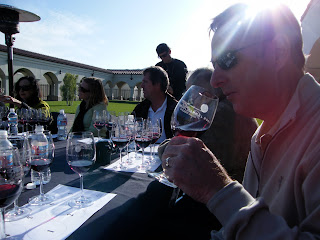 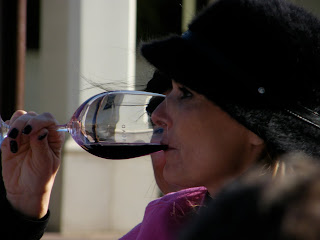 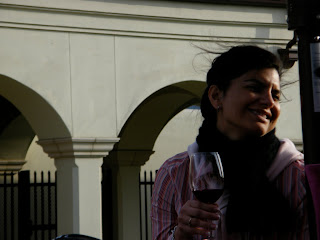 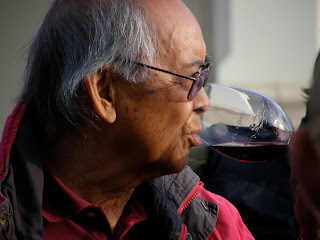 The highlight of the day was a lunch hosted by Andy Boy Executive VP of Sales and Marketing, Margaret D’Arrigo-Martin at the produce producers elegant headquarters in Spreckles, California, in the heart of Monterey’s agricultural belt.

The focal point of the day was a luncheon featuring the local “Kings” of Pinot Noir. Karl Wente, Fifth Generation Winemaker; Wente Family Estates, gave the keynote, followed by a luncheon by Chef Todd Fischer that showcased the exceptional local produce of the region paired with the wines of Tames Estates and their 2008 Pinot Grigio with a Caesar Salad made with Andy Boy Romaine Hearts, their most popular national export, Nth Degree 2007 Pinot Noir with Colored Cauliflower Enchiladas, Wente 2006 Small Lot Syrah (my personal favorite) paired with Broccoli Rabe & Carne Asada Tacos, Wente 2008 Riverbank Riesling with Prickly Pear Sorbet and, a special treat, Prickly Pear Lemonade.

The luncheon was preceded by a tour of Andy Boy’s expansive farms featuring thousands of acres of strawberries, broccoli rabe, romaine and a special stop at the Prickly Pear fields. Prickly Pear is a favorite with Hispanic households, but it is quickly garnering local acceptance on dining tables across the cultural spectrum in increasing numbers due to its uniqueness and versatility.

Monterey County is the nation’s leading producer and exporter of Leaf Lettuce, Strawberries, Iceberg Lettuce, Spinach, Celery, Broccoli, Grapes and almost every other category of fruit and vegetable to be found in supermarkets around the country. The area is also the producer of more than 18 thousand acres of Organic crops valued at nearly $200 million and is a pioneer in the commercial development of the organic produce industry.

The luncheon was a perfect ending to a day that began with a tour of Castle Rock State Park with its distinctive and commanding mountain-top natural rock formation, which resembles a Spanish Castle and a tour of the Salinas Valley where local celebrity author John Steinbeck toiled in the fields while writing some of his seminal works, all based on his real life experience, including East of Eden and Of Mice and Men. If he was also drinking local Pinot Noir, it’s easy to see how he became so inspired!

Posted by Dwight the Connoisseur at 3:45 PM