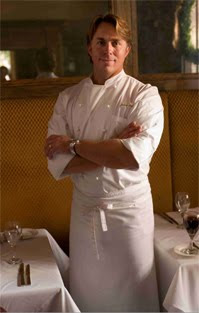 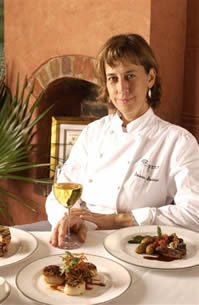 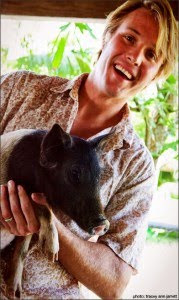 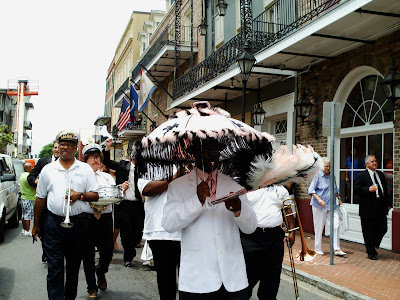 Celebrity Chefs are the living monuments to New Orleans’ storied reputation as the nation’s repository of outstanding cuisine. The French Quarter is a living, breathing national landmark that literally pulsates with the sights, sounds and smells of America’s most vibrant culinary scene.

Walk down any of its cobble stoned streets and the aromas literally grab you by the throat and pull you in. There truly is not a bad meal to be had, but some chefs and their cooking expertise outshine others and have put New Orleans on the map as the nation’s number one destination for gourmands.

New Orleans Wine & Food Experience 2010, May 25-29 is therefore, one of the most anticipated events of the year’s culinary calendar. Joyce Godbold is Executive Director.

“Its critical for us that we have the participation of these great chefs. What makes our event so special is the caliber of the food. The chefs really are the primary reason that we are here. They make it all happen,” Godbold told The Wine Doctor by telephone from her office at NOWFE headquarters.

“Without their ongoing support and love for the city, none of this would be happening. I mean, you can take a few chefs and a few winemakers and put them anywhere, because they do wine and food festivals in just about every major city in the country. But none of them are like New Orleans. The chefs here are like living landmarks who work hard every day to make this city great.”

Katrina proved it more than anything. “John Besh, who is probably the best known of all of our chefs participating this year (Food Network, James Beard Award-winner. Restaurants August, Besh Steak, Luke, La Provence). “He was the one who was feeding people right after Katrina. That’s the kind of dedication and love for the city he’s shown year after year and that’s what comes through in his cooking is a genuine love for food and a love for the people of New Orleans.

“Susan Spicer (Bayona, Wild Flour Breads) is another one. She’s what I’d call a ‘quiet leader.’ She’s the total opposite of John. As a person, she tends to shy away from the spotlight, but the quality of her food speaks for her as well as her dedication. She really makes you proud to be a ‘girl’ in New Orleans. She’s really someone who women can look up to as both an example and as a businesswoman. This is our chance to honor her and push her into the spotlight which she so richly deserves.”

Festival participants will get a chance to learn secrets of one of the Master Chefs of New Orleans in a seminar on charcuterie, or cured, smoked and prepared meats.

“Chef Donald Link (Cochon, Herbsaint, Cochon Butcher sandwich shop and Calcasieu) is recognized as the national expert on house made charcuterie (salamis, pastramis, hams, mortadella) and Cajun specialties like boudin, tasso and andouille sausages. He uses family recipes that have been handed down over generations. He’s a living showcase of down-home Louisiana cooking and he’s willing to share his knowledge at this event.”

New Orleans and its French Quarter have also become the adopted home of many other culinary greats who come time and time again to the annual wine and food extravaganza. “ Bravo Network’s Top Chef Season 5 Winner Hosea Rosenberg (Jax Fish House, Boulder, Colorado) and Season 5 Contestant Jeff McGinnis (DeLido Beach Club, South Beach, Miami) of Florida have been adopted by New Orleans because they come here regularly to participate in events and lend their time and talents to NOWFE.”

Godbold says the 2010 New Orleans Wine & Food Experience is a standout among all events of its kind. “There’s not another place in this country where you’ll find 75 chefs of this caliber all in one place at one time. When you pair that with great wines from all over America and around the world, it’s an unbeatable event. You won’t find this combination anywhere else.”

Posted by Dwight the Connoisseur at 11:02 AM