Barefoot in the court of Mardi Gras Kings and Queens

Barefoot in the court of Mardi Gras Kings and Queens

NEW ORLEANS---Antoine’s restaurant in the historic French Quarter is the country’s oldest restaurant to be operated by a single family. Established by Antoine Alciatore in 1840, the walls its private dining rooms are covered with photographs of the heads of the Krewes, the mysterious secret societies that organize and officiate the city’s annual succession of Mardi Gras parades. The elaborate gowns and costumes worn by Mardi Gras Kings and Queens over the past century are enshrined in glass cases throughout the restaurant. It was in this august setting that Jennifer Wall, sole winemaker at Barefoot Wine & Bubbly of California since 1995 unveiled her latest vintages of still wines and expanded line of Barefoot Bubbly to an intimate gathering of wine aficionados and media.

Wall is one of the most decorated winemakers in the industry. With 2,500 medals and awards to her credit over the course of her more than 16 years at the helm, she is poised to earn her 10th consecutive recognition by the parent company, E & J Gallo, for maintaining consistently high standards while doubling the winery’s production.

Barefoot wines were originally introduced in 1965 by self-taught California winemaker Davis Bynum. The wine, with its whimsical logo or a single barefoot imprint on the label was an instant hit.  Started as a single vintage made in his garage and available only in his tasting room, sales of the inexpensive wine quickly began to outpace those of his premium quality wines.  When Bynum decided to devote his attention to his premium quality wines, the Barefoot brand lay idle for more than a decade. Enter Michael Houlihan and partner Bonnie Harvey, who purchased the brand and resuscitated it, attracting the attention of wine powerhouse E & J Gallo who partnered with them to create a national brand which quickly became the most celebrated wine under $15 in the industry’s history. Named as the company’s sole winemaker in 1996, Jennifer Wall has continued the brand’s growth, introducing new varietals in addition to increasing the company’s dedication to charitable causes. Barefoot has also captured the imagination of the wine drinking public by introducing a club for Barefoot devotees called the “Barefoot Republic.” The club supports local charity events with a team of high energy “Barefooters” and has also become the official wine of the Association of Volleyball Professionals (AVP).

The key to Barefoot’s success, Wall said while serving up its signature Barefoot Chardonnay along with Oysters baked on the half shell, featuring the restaurant’s Original Rockefeller sauce created by Antoine’s in 1889, is that “we give our customers great value at a great price while giving them wine that tastes like the variety they see named on the label. When we make Pinot Grigio, we give them a wine that tastes like Pinot Grigio. When you taste our Chardonnay, it tastes exactly as you’d expect a glass of Chardonnay to taste and we do it all for less than $10 a bottle!” 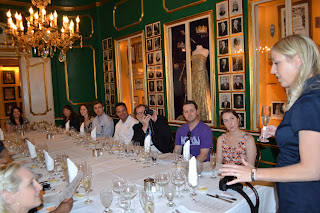 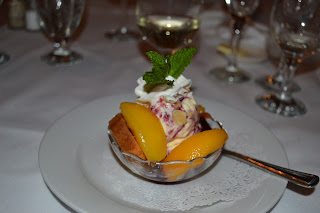 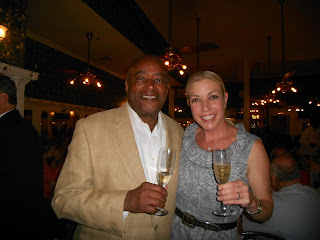 Glasses were lifted in a toast to Jennifer Wall and her outstanding wines that are a fitting tribute to the Mardi Gras royalty represented by Antoine’s glorious history from a winemaker who is fast on her way to becoming the undisputed “Queen” of California winemaking.