VERONA, ITALY--The last gasps of winter give way to the gentle breezes of spring in the foothills surrounding this most romantic of cities, with its ancient palaces,  busts of past Kings, the statue of Dante, and likenesses of William Shakespeare, who created the beloved story of Romeo and Juliet, set in this jewel-box of a walled Renaissance city.

Less than an hours' drive from the historic Arena, where our press bus departed from the front of the adjoining Gran Guardia Palace, are some of the most lush vineyards in all of northern Italy. Amarone wine is the Ruby-red jewel of the region, and among the most prized of all red wines, with its rich history and unique flavor profile. It is so because of the intense character of the grapes, grown in the mineral-rich soils that also produce some of the finest marble in all of Italy. The rolling hills are dominated almost everywhere by vineyards, which are cultivated mostly in the "pergola" style, creating a landscape that is artistic to the eye.

The geological history of the land dates back to the Mesozoic period, which lasted about 150 million years, in which the mountains you now see were completely submerged under the sea. To this day, one can see traces of prehistoric shellfish in the crumbled earth. The richness of these fossil remains inform the soil compounds and enrich the quality and flavor of the grapes.

The harvesting of the grapes for Amarone in mid to late September, also adds to the richness of the resulting wine's character. The subsequent grape drying process, or "passito" turns out to be the single most distinctive feature of the vintage. The grapes are laid out in plastic bins (earlier wooden racks were prone to fungi and are no longer in use), and held in drying rooms kept at a constant humidity under optimal conditions. The grapes are then pressed and the juice fermented.

After the fulfillment of malolactic fermentation, aging is carried out in both small and large barrels and then blended according to the preference of the master winemaker in order to give prominence to the wines' fruity notes of red and ripe black fruit and the distinctive back notes of bright tannins and beautifully rounded baking spices from wood aging.  Amarone, with its unique blend of ripe fruit, jam, spice and bracing balsamic effects is one of the taste treasures of the wine world. It is uniquely suitable for a variety of cuisines, with its bracing fruit and acidity and its strong tastes and rich aromas. Game meats, cured sausages and salumi, the delightful arrady of both raw and cured hams and the vast array of cheeses that characterize the cuisine of the Valpolicella, are uniquely suited to Amarone wine.

Visits to a quartet of contrasting wineries in a single day showed the true varietal breadth of Amarone, from the refined vintages of Ca' Rugate and the elegant style of  winemaker Michele Tessari in their high-tech facility, to the more rustic, jammy Amarone wines of Dal Bosco Giulietta "Le Guaite" and winemaker Roberrto Vassanelli, who prepared, with his lovely wife, a sumptuous rustic  repast of freshly cured and sliced meats (which this reporter attempted to replicated on their ancient slicer, to humorous effect!) in their hunting lodge of a tasting room with taxidermy all around. The grand finale to the meal was a spectacular Tiramisu prepared by Mrs. Vassanelli which was the best I've ever had! 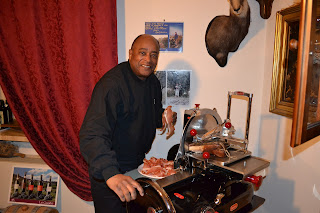 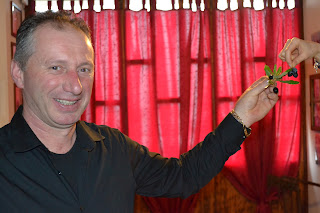 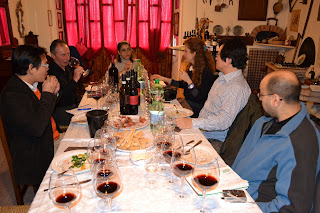 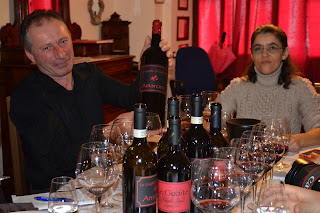 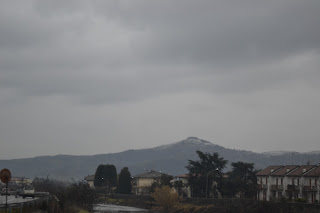 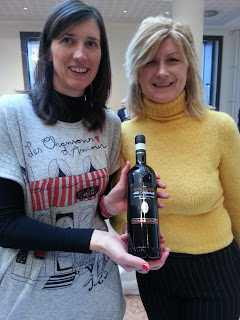 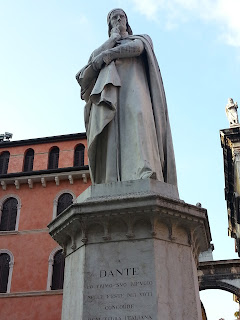 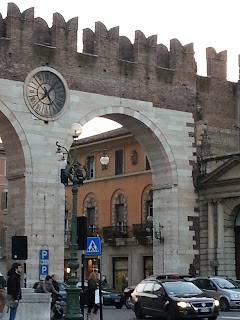 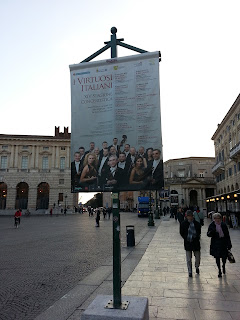 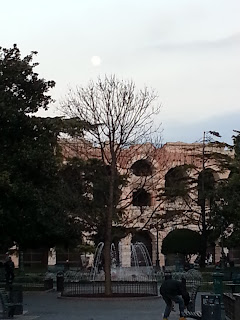 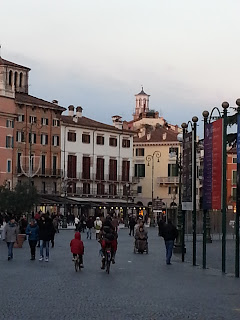 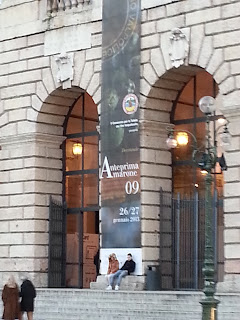 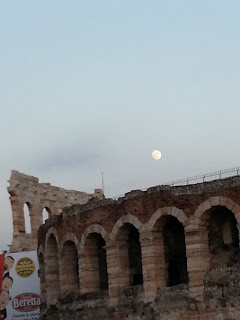 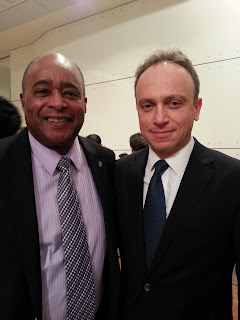 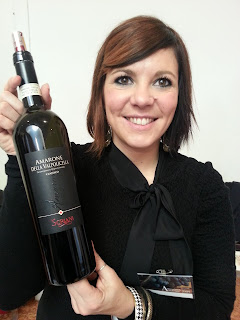 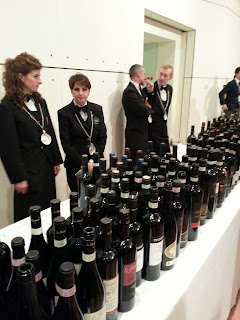 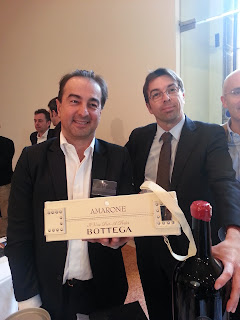 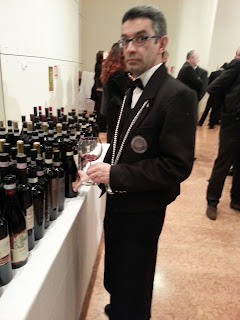 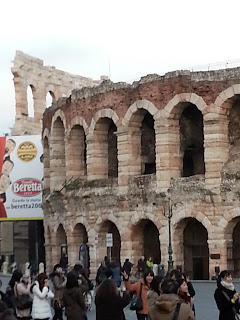 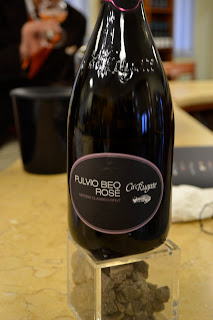 Posted by Dwight the Connoisseur at 3:23 PM