A "MILLIONAIRE'S ROW" WELCOME FOR ITALY'S WINES OF CAMPANIA

Historic Rockefeller Townhouses is setting for U.S. introduction for wines from one of Italy's oldest regions 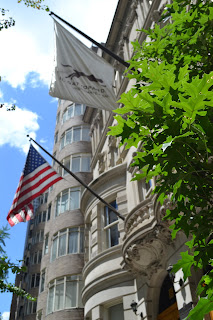 NEW YORK--Il Gattopardo restaurant in the historic Rockefeller Townhouses on Millionaire's Row in midtown Manhattan was the setting for a momentous occasion; the New York and U.S. debut of the Wines of Campania. Although a few of the wines are currently available at restaurants and fine wine purveyors, this was the first concerted effort to present the wines as a cohesive entity. 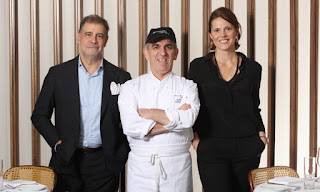 
With Master Sommelier Fred Dexheimer conducting a guided tasting of the wines for a select audience of wine media and food and beverage trade, and Executive Chef Vito Gnazzo and his culinary team preparing a menu that paired nine of the wines with regionally inspired cuisine, this was an occasion that will live long in memory.

Each of the winemakers were on hand to personally explain their wines and mingle with the guests.
First, a word about Campania. Located along the South Western Coast of Italy, Campania is located in the "shin" of the boot, anchored by Naples, which is its capital. The name "Campania" derives from the Latin phrase "Campania Felix," which roughly translates to "the fertile land." No name could be more appropriate. From the time of the ancient Greeks, in the 8th century BC to the 6th century BC. when the Etruscans absorbed the land into the Roman Empire, the region was known for cultivating what became the "cult" wine of the era, Falemum, a probable blend of Aglianico and Falanghina grapes, indigenous varietals that are grown in Campania to this day.

Campania is uniquely situated with a wall of mountains leading to a fertile valley with mineral-rich volcanic soil, that cascades to the Tyrrhenian Sea.

Mount Vesuvius erupted in 79 AD, covering Pompeii and Herculaneum with volcanic ash. Although an entire civilization and culture was nearly wiped out by the catastrophe, it later became a blessing in disguise. The region became primarily Phylloxera free because the deadly mites that nearly destroyed all of the viable grape crops in Western Europe didn't like ash, and therefor, bypassed the region.

Nine of Campania's most exciting wine producers descended upon New York in the largest showcase of wines from the region ever. Among those present was Ilaria Petitto of Donnachiara of Avellino, specialists in Falanghina and Taurus wines, Michele Di Gregorio of Tenuta Cavalier Pepe, known for producing a local cultivar named Ravece as well as Coda di Volpe grapes, and Ferrante di Somma, a direct descendant of the di Marzo family, which founded Cantine Di Marzo in 1647. Di Marzo is one of Italy's oldest wineries and is the first producer of Greco di Tufo wine. The winery presented Anni Venti (20th Anniversary) Greco di Tufo Spumante DOCG NV, which is 100% Greco, which served as the afternoon's aperitif, and was also paired with the Stuzzichini (appetizer) of Mini mozzarella in carrozza con salsetta  d'acciughe, Assaggini di torta "pasqualina."   The wines of these producers are currently available in the U.S. and enjoying a prominent place on the wine lists of great Italian restaurants and on the shelves of the finest wine merchants. 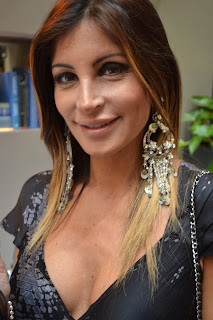 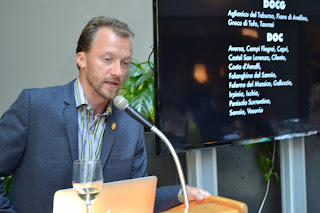 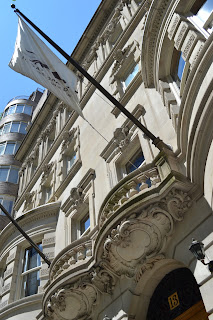 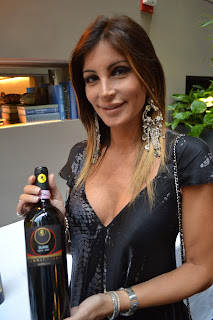 Ilaria Petitto with a bottle of her Taurus DOCG 2011, 100% Aglianico 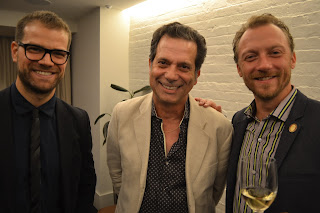 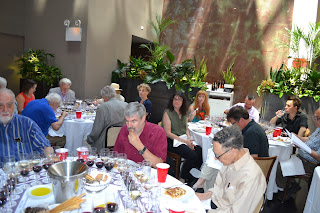 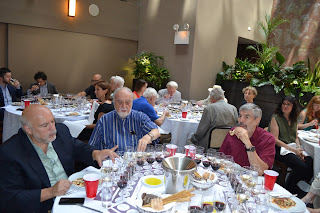 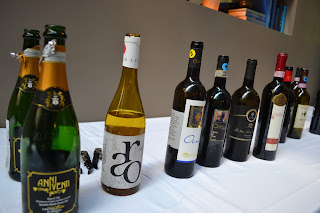 The wines of Campania 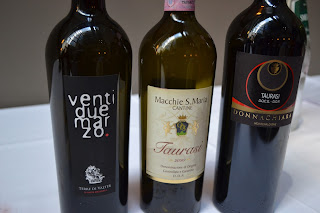 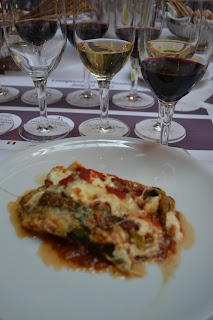 The fabulous wine pairing cuisine of Il Gattopardo whose chefs are Italian born and trained: Below-Primo-Paccherialla pasta with "Genovese" sauce, a rich, onion based pasta sauce native to the region of Campania and introduced to the city of Naples from Genoa, to the North, during the Renaissance, an important part of the region's culinary history. The sauce is unknown beyond Campania 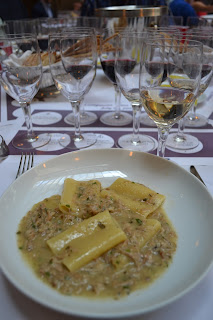 The cuisine, prepared by the sterling culinary staff of Il Gattopardo, went perfectly with the wines, particularly the first courses and the fruit-forward white wines, which also reflected the mineral-rich soil. The white wines were all fermented and aged in stainless steel tanks. 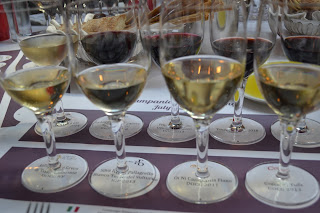 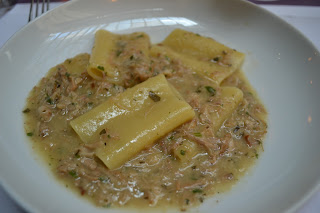 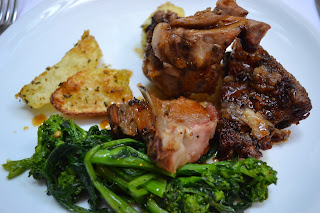 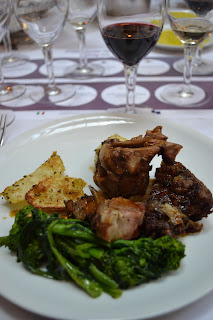 The red wines reflected expert vinification and aging techniques, which emphasizes fermentation in stainless steel to bring out  the luscious fruit flavors followed by the use of large oak barrels, called Botti, which give the wines roundness and character 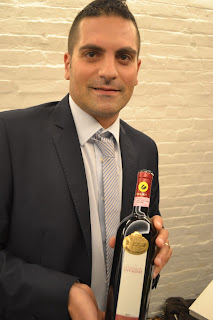 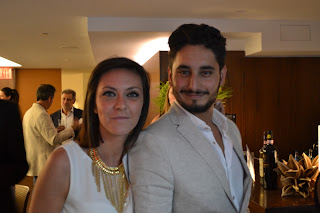 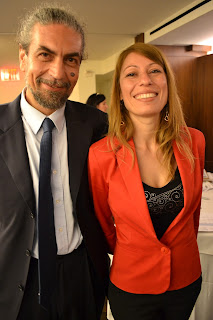 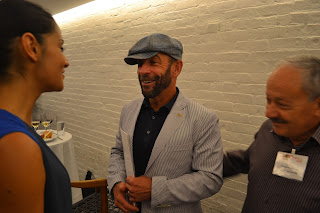 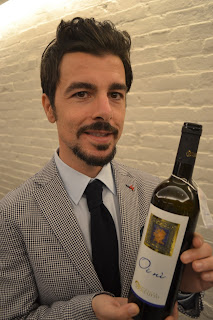 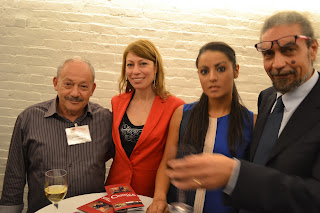 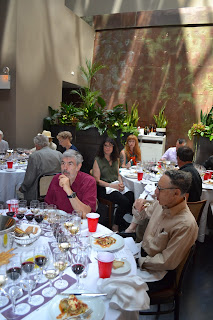 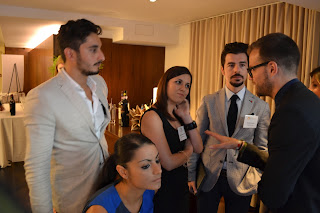 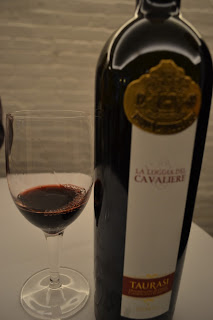 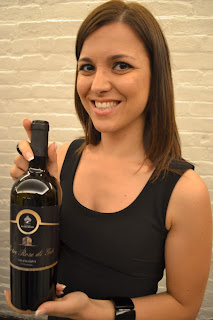 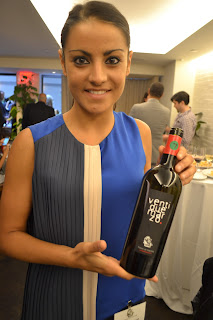 Posted by Dwight the Connoisseur at 5:31 PM