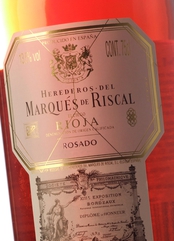 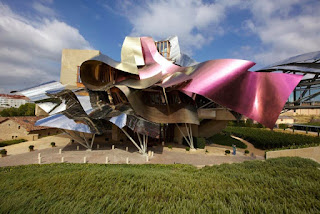 
BRIGHT RED RASPBERRY AND STRAWBERRY FRUIT ARE PERFECT FOR SUMMER

This rose defies everything you might think about rose's. Marques De Riscal Rioja Rosado 2015 is an incredibly delicate and smooth wine, bursting with fruit flavors of intense raspberries and ripe strawberries and hints of lilac flowers, yet it only costs about ten dollars. Marques de Riscal has been making rose wines since the '60s.  The wine is made from grapes picked from young local tempranillo and garnacha vines that are less than 15 years old. The result is a bright, bracing rose wine that is fresh and well balanced with a nice mouth-feel that produces a pleasant fruit filled sensation at the finish. The rose is produced from a method known as 'bleeding; which is part of a classically refined concept that extrudes the wine's beautiful, bright pink color while also retaining the lively fruit flavor of the wine. I personally love a piece of grilled salmon with this wine. Besides the matching coral color, the flavors of the wine and the fish go perfectly together, especially if the salmon is drizzled with a bit of lemon or lime juice, brushed with some fresh sage or fennel and a bit of olive oil to keep it from sticking to the grill. Grill quickly over the hot coals, so that the flesh springs back just a bit to the touch of your finger, be4ing careful not to overcook it. Serve with a side of grilled asparagus drizzled with olive oil and garlic powder and you have an instant al fresco lunch.

Marques de Riscal is an historical family producer that has revolutionized the art of Spanish winemaking. Their Rioja Rosado is a shining example of their ability to raise the act of winemaking to the level of art. Their also able to do it for under $10, which is also commendable.  One of Spain's oldest Rioja wineries, Marques de Riscal was created in 1858. Within five years, the accolades came roaring in. In 1862, the first wines were bottled. In 1895, it became the first non-french winery to win the Diploma of Honour at the Bordeaux Exhibition.

Great strides were made in the following century. In 1972, the first white wines were produced in Rueda. In 1980, the winery became a force behind creation of the Denominacion de Origen (DO) Rueda. In 1986, Baron de Chirel, the winery's first "signature wine" was launched and in 1995, Marques de Riscal introduced the first grape sorting table to the Rioja appellation. 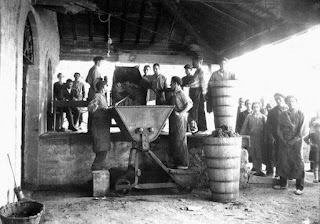 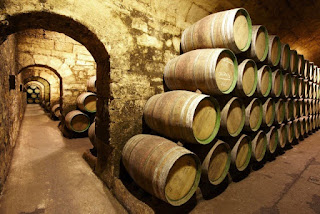 Posted by Dwight the Connoisseur at 8:44 AM