There was a marvelous film shown at the 2015 Tribeca Film Festival called The Birth of Sake, which depicted production of the national beverage of Japan and its 2,000 year old tradition, through the eyes of 28 year old Yasuyuki Yishida, the sixth-generation heir to his family's 144 year old Sake brewery in a tiny prefecture in a remote part of northern Japan. The film shows the dedication of Yachan, as he is affectionately called, and his team as they spend six arduous months in Japan's harsh winter, polishing the rice by hand and nursing the liquid to maturity as premium sake. There are no shortcuts to making fine sake, and the work at every step of the way is back-breaking to say the least. When Yachan isn't at the brewery, he's on the road for the rest of the year, promoting his premium sake at wine fairs, food and wine trade shows and almost any other venue where people are willing to listen to his spiel on the rewards of drinking premium sake. The film gave me a new appreciation for sake, which is really a type of wine, although, rather than being fermented in the barrel or in steel tanks like regular wine, the polished rice is made through a brewing process that is more like that used in making beer. Premium sakes can run well into double digits, but, thankfully, there's a new alternative on the market that makes the experience affordable.

Ty Ku Sake Silver is a premium sake that offers all of the quality and flavor of the more expensive labels at an affordable price. At just $19, its a real head-turner, and likely to change everything you've thought about sake. First of all, forget the traditional method of serving sake warm in an earthenware of porcelain vessel. Ty Ku is meant to be served chilled, just a like a fine still wine, and its also great as an ingredient in flavorful cocktails. The sake has a naturally fruit-tinged flavor that is crisp, slightly sweet, and redolent of the flavors of ripe pears or a crisp green apple. One of the ways I like to have it is as a Martini, with a slice of fresh ginger, a shot of vodka and a splash of pear nectar shaken with or served over crushed ice. Another variation is as a cocktail with pureed pear, Asian pear or apple, with a dash of lemon juice and poured over ice with a garnish of fresh mint. Ty Ku works terrifically with sushi or other seafood. It's also a surprisingly delicious pairing with grilled fish, chicken or even a grilled steak or veal chop. Try a side of diced potatoes and shaved radishes with a light lemon and tarragon vinaigrette for a real taste treat that's perfect for spring. 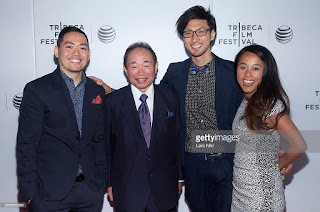 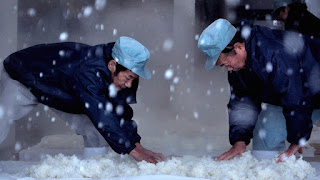 Posted by Dwight the Connoisseur at 3:47 PM