SPRING INTO LOIRE VALLEY WINES FOR FLAVOR, VALUE AND FUN! 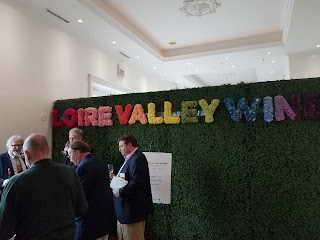 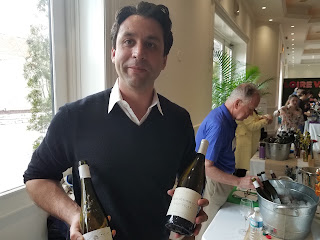 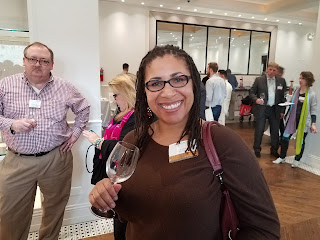 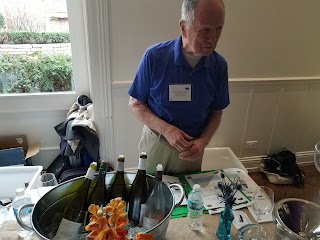 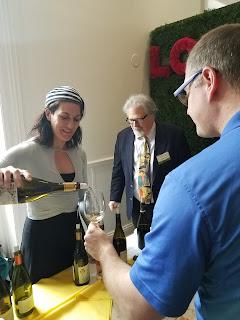 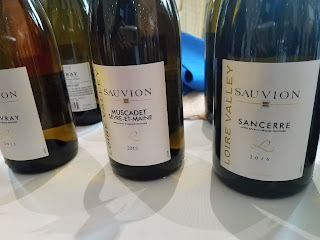 A welcome sign of spring is the arrival of new releases of the magnificent wines of the Loire Valley, France. Their light, flavorful and refreshing. Perfect for spring, with just the right ripe fruit, melon and apple and pear flavors that are perfect with the soft cheeses, salads,  seafood and charcuterie spreads that make dining al fresco this time of year so much fun. Ever tasted an Anjou pear? Well, this is where those delicious beauties originated, and there are plenty of wines that share its delightfully crisp, unctuous flavor. Love ripe melons or ripe wild strawberries ? There are a number of wines from the Loire valley that embody those luscious flavors. Loire Valley's place in fable and in history is secure. This is where Joan of Arc led French troops to victory in there Hundred Years War and where the French language was born. It is the birthplace of the French Renaissance writer Rabelais. The hillsides are dotted with some of the most magnificent castles to be found in all of France.

I had a unique opportunity taste a collection of the new Loire Valley Wine releases while they were on national tour. Tasting sessions where held at The Park near Chelsea Market in New York, at The Illumination Factory in the post-industrial South Loop near Chicago's McCormick Place Convention Center and at The Cheese School in San Francisco's trendy art district on Folsom Street.

The Loire Valley is, in many ways, the heart and soul of France. Its regions are rife with lore and wine legend. The Pays Nantes on the Atlantic coast of Brittany is famous for the city of Nantes where wine has been produced steadily since the Roman era.The region is best known for Muscadet, a derivative of the Melon de Bourgogne grape, which has nothing to do with the more well known Muscat grape, of a similar name. This is the largest white wine appellation of France and is recognized as the ultimate crisp, dry, seaside wine, perfect with oysters, scallops, mussels, lobsters and all other shellfish. The great thing about Loire Valley wines is that they not only taste great and pair well with today's lighter, and more exotic cuisines, they're also easy on the budget, with most under $20, and many in the $10-$15 dollar range. You can splurge at your local wine shop and get a mixed case containing a veritable spring bouquet of flavors and colors.

Anjou is the ancient Duchy of Anjou, once a seat of wealth and power in France, the region is best known for its sweet wines. Saumur is the picturesque setting of one of the most famous castlles in France, built with the same toffee limestone that underlies this vineyards, giving the wine its unique flavor and acidity. Underground tunnels beneath the castles now serve as the caves and cellars for sparkling wines from the region; the Fines Bulles, the Chenin Blanc-based sparkling wines of the Loire. The region is also famous for Saumur-Champiogny, one of the valley's great red wines made with Cabernet Franc.

Touraine is known as the "Garden of Francer" where nobility built the many castles that make this one of the prime tourist attractions of France. Many of the chateaus are housed in them. Some of the most famous wines of the Loire are produced in Touraine; Vouvray, made from Chenin Blanc and Chinon and St. Nicolas de Bourgueil, both made from Cabernet Franc. Sauvignon Blanc, Gamay and Malbec also hail form the region and are known for their exceptional quality and competitive price.

The Centre-Loire is in the exact geographical center of France. It is here that grapes have been grown for 2,000 years and is the original home of Sauvignon Blanc and its most famous wine, Sancerre. Pulley-Fume, Reuilly, and Menetour-Salon are lesser known, but no less noteworthy. The region also produces some delicious and colorful rose and red Pinot Noir wines.

Perhaps the best known wines from the Loire are produced by Barton and Gustier which was on hand with its AOC Sancerre 2015 white wine made from Sauvignon Blanc ($15.99) The AOC 2015 Vouvray and 2015 AOC Rose Anjou (both $10.99) were pleasant and flavorful and offered some of the best value for a very reasonable price.

Another of my favorites were the wines of Sauvian, similarly budget priced with Saurian AOC Vouvray 2016, a white Chenin Blanc, got for a mere $13.99 and AOC Muscadet Sevre et Maine, a sweet white wine made from Melon de Bourgogne, for a mere $12.99. The more pricey Saurian Sancerre 2016 tops out at a hefty $32.99, but its luscious aromas of white flowers and white peaches and flavored with notes of  tarragon, ripe tangerines and crisp Anjou pears makes it worth every penny. Don't let the  designation of the Melon as a 'sweet wine'  fool you, as the wine has enough balance, structure and acidity to stand up to lighter foods, such as mild soft cheeses, fruit salads, and spicy Indian and Asian fare, for an interesting flavor combination. Try some tender Bay Scallops poached in butter with a splash of the wine thrown in right at the end for a unique taste thrill!. The AOC Rose d'Anjou ($12.99) had a beautiful blush pink color and flavors of ripe melon and ripe red berries. A blend of Grolleau and Gamay, this was a perfectly balanced wine that best shows why Rose is the wine of spring.
Posted by Dwight the Connoisseur at 5:30 PM