NEW ORLEANS--One of the nation's biggest moveable feasts just celebrated its 25th year and raised over a million dollars for local charities and the Nunez Community College Culinary Arts Program. The event kicked off with the nation's biggest block party, the Royal Street Stroll, where a record number of revelers followed Bacchus and the Crewe of the Cork and a 'second line' New Orleans brass band through the French Quarter to eat and drink the best from local chefs and the nation's and the world's finest winemakers and brewmasters such as Stella Artois. With major sponsorship from Barefoot Bubbly and Barefoot Wines, and an assortment of Wines of Portugal , Luis Jadot wine, Kobrand Fine Wine and Spirits, Banfi, Seven Three Distillery and exotic teas from Pure Leaf.

75 of New Orleans' top chefs offered delicacies along with 1,000 fine wines at the Grand Tasting for one night only at New Oreleans' most festive venue, Mardi Gras World. The Big Gateaux Show was a massive pastry competition, hosted by Chef Tariq Hanna of Sucré.  Full of scintillating displays of burlesque, pastries and cocktails that features celebrity chefs and judges alongside Burlesque starlets, Trixi Minx & Bella Blue.  This after-party followed the Saturday Night Grand Tasting.

There's not a better party anywhere! 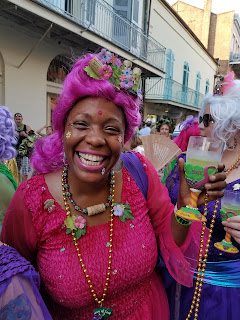 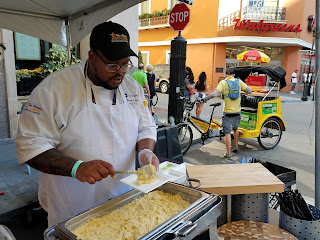 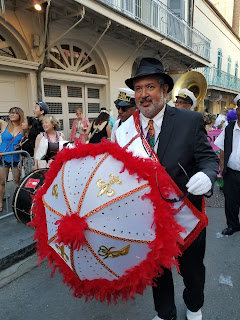 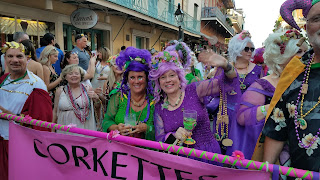 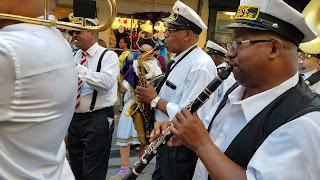 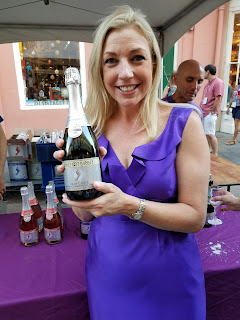 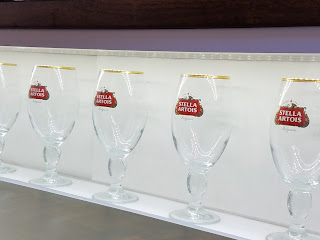 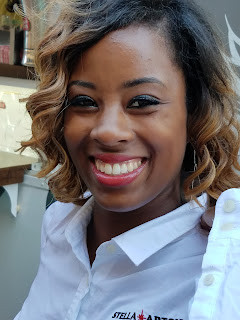 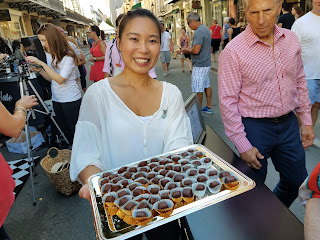 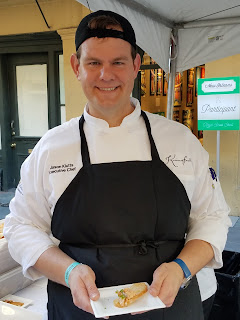 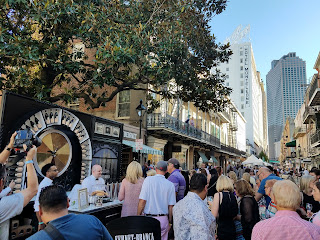 Posted by Dwight the Connoisseur at 9:55 AM