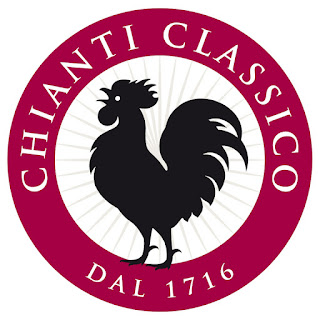 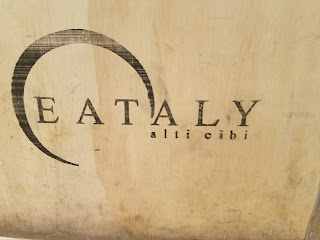 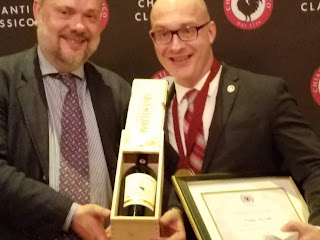 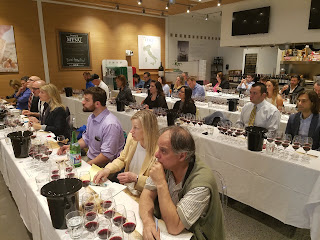 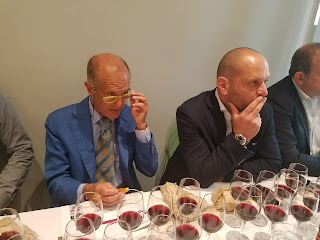 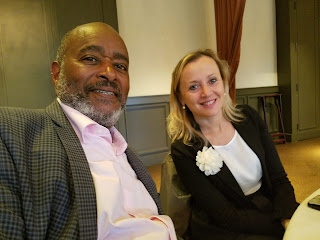 The Chianti Classico Experience brought its Black Rooster symbol to Chicago's Eataly and to Formento's Italian Restaurant on the city's famed Randolph Street Restaurant Row. Intense, full-bodied and with pronounced fruit flavor and balanced structure and elegance, Chianti Classico wines command the attention of the most discriminating wine drinker. The wines are perfect with food and the pairing possibilities are endless.

The day began with a Master Class and Tasting at Eataly's La Scuola featuring some of the region's top producers, led by Wine Master and Educator Jeff Porter. Producers at the event included Castello di Gabbiano, Castello Vicchiomaggio, Villa Calcinala, Castello di Monsanto, Bibbano, Castello di Fonterutoli, Castello di Castagnoli. amd Tolaini. Each of the winery owners and producers presented their wines and spoke of its unique terroir and production methods. The intensive experience allowed the participants to compare the nuances of terroir and winemaking technique on the flavor and texture of the wines. A;though the wines are produced according to well-defined regulations and methodology, their nuanced variety displayed profound effects of soil type, elevation and climate conditions that vary from vineyard to vineyard.

Chianti Classico is distinctly different from Chianti in that it is produced by an its own set of regulations and production standards that are strictly defined. Produced in the territory lying between the provinces provinces of Florence and Siena that covers the municipalities of Castellina and Gaiole in Chianti and Greve in Chianti e Radda.the wines must contain a minimum of 80% Sangiovese grapes, with only a maximum of 205 of other international or indigenous grapes permitted. The borders of the production area were first established in 1716 by Cosimo III, Grand Duke of Tuscany. It wasn't until 1924 that the Consortium for the protection of Chianti wine was created and the Black Rooster trademark was chosen as its Mark of Origin. In 1984, Chianti Classico obtained DOCG status, which stands for Controlled and Guaranteed Denomination of Origin, the highest recognition for premium Italian wines.

Chianti and Chianti Classico are two separate and distinct DOCGs. The consortiums is designed to protect the product. Only this wine is entitled to be identified with the historic Black Rooster symbol.

Geographically, the land varies greatly from one area to the next, with clay schists called marl, layers of scaley clay alberese and limestone sandstone predominating. The dark brown soil tends to be shallow, with clay, sand and small stones interspersed. Steep elevations and salt laden winds impart further impact on the grapes, adding distinct character to the resulting wine. All of these factors were explored in depth by each of the winemakers present at the Eataly seminar.

Chianti Classico is forever evolving. In 2013, the Consorzio members approved important changes to the production regulations leading to a reorganization of the Black Rooster DOCG and added another typology, Gran Selezione, in addition to the traditional two, Annata and Riserva.

Posted by Dwight the Connoisseur at 9:45 AM