A bubbly for every taste and wallet 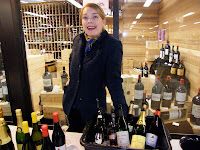 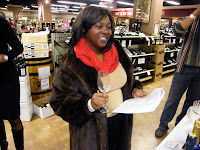 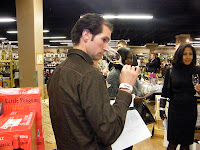 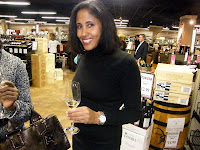 ‘Tis the season to drink bubbly and there’s plenty in store of every taste profile and price range. That fact was brought out with the utmost clarity at a series of tastings around the Chicago area, conducted by Binny’s at their various locations.

A tasting of a hundred champagne and sparkling wines at Binny’s South Loop location proved just how varied the selection is and how price does not dictate taste and quality. In fact, you can find a champagne or sparkling wine that you like at almost any price point. Its just a matter of being adventurous and willing to explore some different alternatives to find what you want. The Binnys tastings provided opportunities to taste, literally, around the world and come up with a list of favorites that fit my taste buds and my budget.

Champagne is the exclusive provenance of France. In fact, no other sparkling wine can be called ‘champagne’ unless it comes from the Champagne region of France. That doesn’t mean there aren’t plenty of sparklers out there that can hold their own against the ‘king of wines.’

There are some terrific sparkling wines coming out of countries such as Spain, New Zealand, Australia and the United States. In fact, Gruet in New Mexico puts one of the best stateside sparklers out. Gruet Brut Blanc de Blanc sells for under $15 a bottle and if you were to serve it in a blind tasting, your guests might mistake it for something much more expensive. You might not think of New Mexico as an ideal place for growing grapes, but, the facts prove otherwise and founder Gilbert Gruet, who was born in France and has been making quality Champagne there since 1967, decided to set up an experimental vineyard after traveling through the southwest. His children, winemaker Laurent and daughter Nathalie, and family friend Farid Himeur relocated to the great state of New Mexico in the late ‘80s to begin their American wine making adventure and the rest, as they say, is history. Gruet has elegant accents of toasted almonds and minerality so characteristic to fine Champagne. It also has light notes of pear, apple and a touch of citrus and honey that makes it imminently drinkable. You’ll want a case of this one!

Another ‘American Beauty’ is the Roederer Estate Brut, Anderson Valley, California that sells for around $20.I just had the privilege of having this beauty in their tasting room, just at the entrance to the Napa Valley, on a recent trip to California. Again, the flavors of citrus, green apple and pear make this a true rock-star at a rock-bottom price. Their French label is the champagne of choice for the Rolling Stones and Aerosmith. The label on the California version looks just as impressive as their flagship Cristal edition from France. No one on your holiday guest list will be the wiser.

Prosecco’s are the Italian version of Champagne and Cava’s are the same idea from Spain. There are a heck of a lot of great ones out there and most hover in the $10 to $15 dollar range. This is the year to stock up on these babies because once they get ‘discovered’; the prices will start to creep up. Its already starting to happen to some of the brands that have been around for awhile. You probably already know the names Freixenet and Codorniu. Their Cavas are made in the same methode champagnois method as French Champagne. Until recently, they were a fraction of the price. That’s starting to change. Also, both labels now offer vintage and reserve Cavas that can hold their own against any Champagne. Expect to pay a bit more than the non-vintage stuff, but still not as much as for Champagne.

Finally, surprise, surprise, Australia is throwing its outback hat into the ring as a premium producer of sparkling wines. One of the best I’ve ever had is a sparkling Pinot Noir from Barossa Valley vineyards. I tasted the current vintage with winemaker Stuart Bourne at the tasting room in Tanunda, Australia near Adelaide. For you guys out there, looking for just the right gift for your favorite girl, Stuart called his sparkling pinot the “p….ty remover”. That just about says it all. It’s a bit pricey at $54 the bottle but, Stuey, an avid Chicago Blackhawks fan, says results are guaranteed! Anybody who loves the Hawks is an automatic friend of my and I trust their judgment implicitly. Cheers!

Posted by Dwight the Connoisseur at 9:44 AM