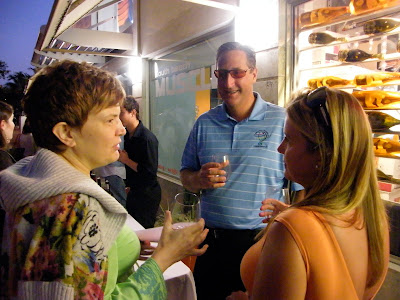 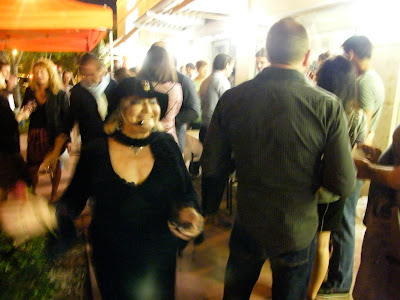 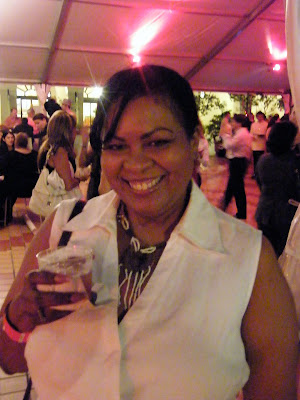 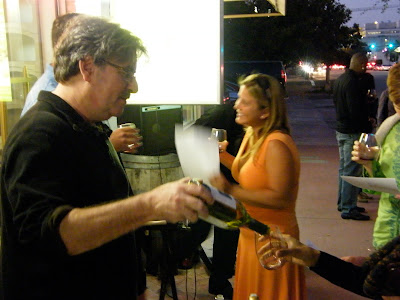 A perfect spring evening, bathed in moonlight with warm tropical breezes and the soothing sounds of vintage Spanish Zarzuela provided the perfect setting to enjoy an array of newly arrived wines from Argentina. “Rising Argentina” was he event that took place at W wine boutique in Miami’s trend-setting South Beach area. It featured a South American singer circulating through the crowd to the romantic strains of a Flamenco guitar as guests sipped on Mendoza Chardonnays and Pinot Noirs from the Maipu Valley. Both the singing and a selection of ‘tapas’, light finger food that accompanied the rich flavors of the wine, provided the framework for an enjoyable evening. “She’s like an 80 year old Eartha Kitt serenading you,” the proprietor said of the talented singer.

The selections progressed in flavor profile from light and fruity to hearty reserves with a complete price range from value priced (2007 Bodega Lamadrid Cabernet Sauvignon Mendoza $11.99) to a serious 96 point-Robert Parker rated reserve (2006 Vina Cobos, “Nico” $169.99). All of the wines had one thing in common, an abundance of flavor and richness.

2006 Kalken Malbec Ultra ($16.99) attracted a great deal of attention. It is a full-bodied, rich red wine deep blackberry flavors and roasted coffee on the nose. This is the wine to have with summertime barbeque and grilled meats. If you happen to visit one of those Argentine steak houses or a Brazilian Churascurria, this is a great wine to order with the parade of grilled, marinated meats that will ensue.

2007 Bodega Catena Zapata Chardonnay of Mendoza, Argentina’s primary growing region, was one of the best examples of that varietal as interpreted in South America. No, this wine is not named for the famous Mexican revolutionary of the last century. Nicolas Catena Zapata has consistently earned rave reviews and high ratings for his interpretations of Chardonnay over the past two decades. His 2007 represented here earned an 89-point rating from Stephen Tanzer’s International Wine Review. The grapes are sourced from one lot in the Adrianna Vineyards of the Mendoza. Zapata is a major owner of choice vineyards around Mendoza, so his winemaking team has the pick of the best grapes from which to build superior wines. For the price ($19.99), this wine could go toe-to-toe with any Napa Valley Chard boasting twice the price tag.

Its no surprise that the lush Mendoza region has attracted one of the great names in winemaking in the world, that of Barons de Rothschild. Bodegas Caro is the source of this Red Bordeaux Blend that was the standout of the entire tasting. With its deep, red color, firm tannins and nose of roasted meat with notes of berries, plums and currants, it is as complete a flavor experience as you could hope for. It possesses a soft palate with hints of black cherry and earthy mushrooms at the end. It tastes great now, but a bit of aging will bring out the dominant plum flavors even more. This is a wine that pairs perfectly with a prime, aged steak with black peppercorn crust or forest mushrooms, such as morels or truffles. It can also stand alone, accompanied by a Maduro cigar and a roaring fire.

The wines of Argentina are readily available at your local wine retailer. W Wine Boutique has established an outstanding reputation as an online wine merchant and has many regular clients throughout the United States and globally. Their pricing is generally below market for many upscale international wines. The online retail shop can be reached at www.Wwineboutique.com.

Posted by Dwight the Connoisseur at 5:11 AM