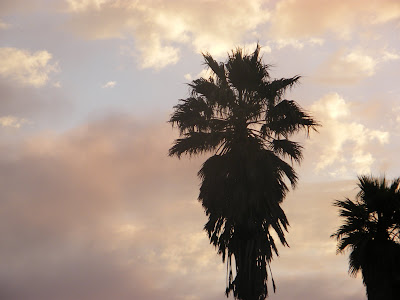 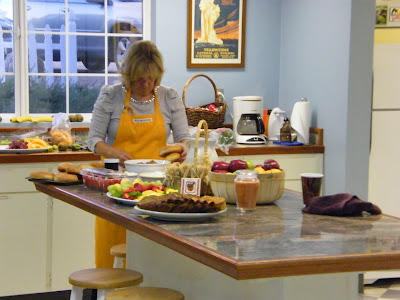 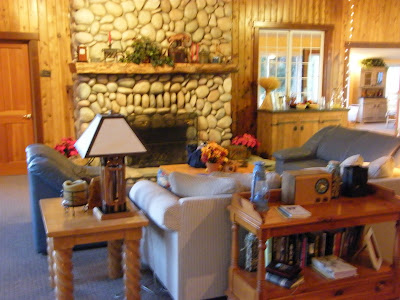 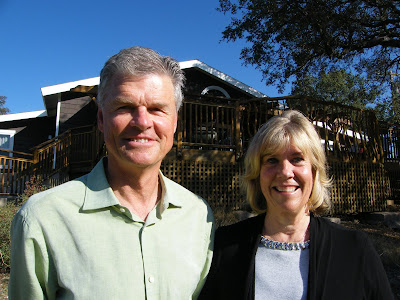 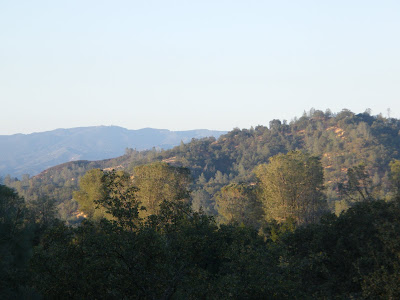 The Wide World of Wine

1. Sunset over the Central Coast near San Luis Obispo

3. The main room of The Lodge

5. The view from The Lodge at Oak Creek Ranch

Mountains that are sleeping volcanoes, stand like sentinels guarding the land of rolling hills dotted with herds of Angus cattle and fertile fields of luscious, juice-laden grapes. Dancing whales and dolphins rise from the ocean just below the horizon as sea otters loll on their backs, bellies groaning with the swell of eating too many fresh-caught abalone. Sunsets mingle with the damp kiss of fog, forming droplets of dew on a freshly poured glass of sparkling pinot noir. That, as the taste of a warm, freshly baked chocolate cookie glides down the back of your throat. It sounds like a far off paradise, but those are just a few of the sights and sensations experienced on a recent tour of the Central Coast of California, near the city of San Luis Obispo.

“Treasures of the Central Coast” was the theme of this behind-the-scenes look at California’s ‘undiscovered coast,’ which boasts a bounty of exquisite wines, delicious organic vegetables, succulent sea foods and culinary and confectionary wizardry from chefs and artisans who take pride in the bounty of their region.

There was also the splendor of the Hearst Castle and the amazing visual spectacle of a winery that is a sculpture garden that looks like a scene out of the movie “Edward Scissorhands” and another winery that uses the natural marvel of gravity to create wine that has been heralded as the best in the nation.

San Luis Obispo’s Wine Coast Country is a marvel to behold. Arriving after a late-night flight from Chicago by way of Phoenix, and being whisked by car up windy mountain roads, I arrived at The Lodge at Oak Creek Ranch. The one-time Campfire Girl’s camp is located on 163 pristine acres in the foothills above San Luis Obispo. The centerpiece of the property is the humongous wood-paneled lodge with its huge roaring fireplace. With its array of Western bric-a-brac, it looks as if it were once the location for a scene from an old John Wayne movie. As you look around the room and take in the view of the property, you can almost hear singing cowboys strumming away in the distance. The stars above were like a blanket of shimmering diamonds. The outlines of both the Big and Little Dipper and the elusive Milky Way were clearly visible in the night sky which had become my personal planetarium.

My hostess and I shared a late-night repast of Wisconsin Merlot Cheddar and Jewish deli ‘streak-o-lean’ homemade Pastrami that I had smuggled into my carry-on bag for the long red-eye flight from Chicago. Washed down with the remaining dregs of a bottle of hearty Niner pinot noir from a nearby winery, the remnant of a wood-fire cookout of local grass-fed beef followed by a sunset hayride, the welcome snack tasted like filet mignon to this weary traveler.

After a good night’s sleep in the cozy bed rooms of the Lodge’s Red Barn, proprietors Jeff and Dottie Nelson were buzzing away in their huge, farmhouse kitchen, preparing a sumptuous breakfast of fresh locally cured bacon and sausage, homemade breads and muffins and a terrific assortment of freshly made granolas and fresh fruit. It was a cornucopia of the best the region has to offer and a shining example of the culinary riches that lie ahead. The breakfast set just the right tone for the day’s activities.

There was much in store. Sunset Magazine’s SAVOR event brought together the wine and food artisans of this largely unexplored part of the Golden State for a first-ever showcase of the beauty and bounty of this unspoiled region. Celebrity chef Tyler Florence of the Food Network headlined this weekend celebration of the Central Coast’s food and wine culture.

Dwight The Wine Doctor will have more in the coming weeks on this enlightening adventure in the Central Coast.

Posted by Dwight the Connoisseur at 7:29 PM