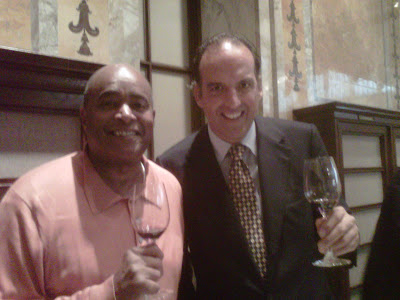 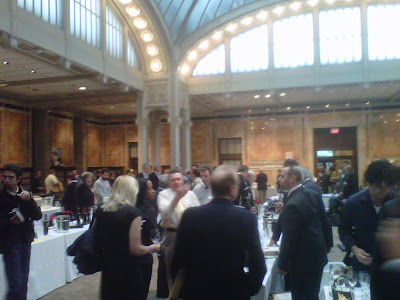 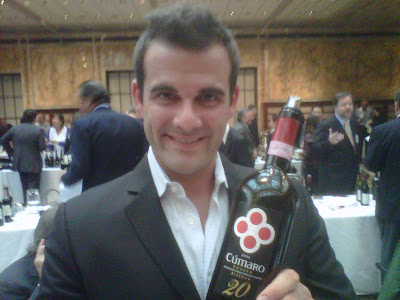 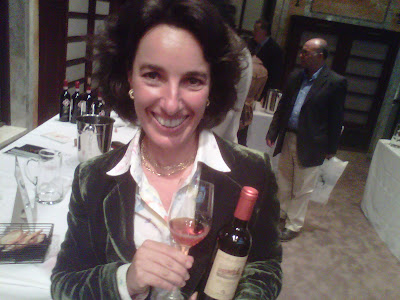 New York-The ornate, stately Trustees Room of the New York Public Library in midtown Manhattan served as the venue for the kick off of the IEM (International Exhibition Management) and its US branch, IEEM (International Event & Exhibition Management) Simply Italian—Great Wines US Tour. This fall marked the debut in New York, followed by stops in Chicago at the Knickerbocker Millennium Hotel, concluding with a stop in Boston at the State Room, atop Sixty State Street.

The owners and winemakers of Italy’s 17 oldest and most distinguished family-owned wineries sat at a long table before a capacity audience like so many esteemed Justices of the Supreme Court. These Barons of Wine, from storied houses, including Antinori, Folonari, Masi, Pio Cesare, Belisario, Venturini, Zuani, Campochiarenti, Lungarotti and Donnafugata, among others, held forth with fact, fable, poetry and even song as they led the attentive throng of wine aficionados, sommeliers, collectors, oenophiles, restaurant, wine bar owners and members of the wine press and trade on a verbal excursion of some of the greatest wine-making regions of the world. The remains of the day would be filled with a luncheon, grand tasting and various dinners, but nothing was as significant as this historic gathering of the greatest minds in Italian wine.

Perhaps the most eloquent of the esteemed gathering was Marchese Piero Antinori, who proudly told the assemblage, “Chianti is not just the most important thing. It is the only thing. It is the fullest expression of not only a region, but a history.” The Antinori wine dynasty dates back to the year 1180, when Rinuccio di Antinoro is recorded as making the first wine at the Castello di Combiate near the Tuscan town on Calenzano. The original castello was destroyed in 1202 and the family moved to Florence. In 1385, Giovanni di Piero Antinori joined the Guild of Winemakers and the rest, as the pundits say, is history.

Besides Chianti Classico, Antinori is becoming known for its latest offering Tenuta Tignanello 2007 ($81), an Estate Grown, Tuscan IGT that is a blend of 80% Sangiovese, a local Italian varietal, 15% Cabernet Sauvignon and 5% Cabernet Franc. The wine is produced exclusively from a 116-acre vineyard site on the Antinori Tignanello Estate. It is the first Sangiovese to be aged in small oak barrels and the first Italian red wine in modern times to use a non-traditional grape variety, Cabernet, in the blend and among the first Italian red wines made in Chianti with no white grapes. The results, though controversial, especially in the tightly regulated culture of Italian winemaking, are spectacular. The wine is rich and elegant with a long finish. Yet, it is extremely food-friendly and will go well with most dishes that are now commonplace on the American table. The wine, with its balance of ripe fruit and spice and mild notes of vanilla and toast would work with a myriad of dishes from diverse cultures, such as Thai Red Curry Panaeng (made with either pork or beef), Steak Fajitas or a slow-cooked, braised Short Rib of Beef or a Bison Steak rubbed with Cajun spices and put on the grill. This could be considered an expensive wine, but given its stellar quality and versatility with food, it is a value for the real wine lover. Wines of this caliber typically cost $20-$60 more.

At the Grand Tasting following the formal seminar presentation, I had an opportunity to mingle with Giovanni Folonari who was pouring a dazzling array of wines from his award-winning collection. If you are a frequent wine drinker, I’m sure you’ve had his Folonari Pinot Grigio ($10). It’s a great all-occasion wine that is crisp, light and fruity and goes great with salads, seafood and light cheeses. It’s also great just to drink by itself, well chilled. Folonari Valpolicella ($10.59) is a light, fruity red wine that also goes great with cheese, chicken or lighter beef or veal dishes. It’s the absolutely perfect wine to go with pizza or spaghetti in a traditional red sauce, especially Marinara. Momma’s meatballs will go nicely with it too!

Giovanni Folonari is a tall, theatrical looking man with a gift for words that flow as fluidly as his wines. I was fortunate to have a handful of excellent Pecorino cheese and a few delightful olives and slices of pancetta, which went perfectly with his wines. “These are some of our higher end wines that I’m pouring today. But, as you well know, we have a number of value priced wines that are well received here in America.”

Folonari Campo al Mare Bolgheri Rosso DOC 2006 ($20) was the cream of the crop. With its deep ruby color and violet reflections, it was a delight to the eye even before reaching my palate. The initial aromas were of licorice, pomegranates and a hint of oak. It was velvety on the tongue with a good bit of blackberry fruit. There are some Italian reds that are better, but you’d have to pay a lot more for them. I had a bite of Pecorino and a swallow of Campo al Mare. Bravissimo!

My last, and favorite stop of the long day was with Jose Rallo, owner of Donnafugata wines of Sicily. At the earlier seminar, she embarked on an engaging discussion of her wines and the unique and challenging region in southern Italy where the grapes are grown. “We are on a tiny island between Sicily and the heel of the boot of Italy. We are so small, its almost as if we are forgotten. The growing climate for the grapes is unforgiving. High walls made of volcanic rocks surround the vineyards. The winds are strong and, at times, so unrelenting that the vines have to dig themselves down into little bowls in the earth to shield and protect themselves. The soil is almost like pure rocks. So much so, that the vines have to dig down deep to find water in order to survive. But that gives us grapes with great concentration of fruit and complexity and, of course, great wines. “ Trained early in life as a lyric soprano (“my mother was a music teacher!” she volunteered) and with the heart and mind of a poet, Jose burst into song. “ I often sing to the grapes to help them grow!” She intoned.

I had the pleasure of interviewing Jose at Vinitaly in Verona, Italy, the previous year, so it was a treat to meet with her again, taste her wines and hear her sing.

Her Donnafugata Sedara IGC Blanco 2009 ($15) was a perfect example of the superior and complex white wines that are produced in Sicily. The concentration of fruit and flavor makes for a seductive combination of flavors that is irresistible. It’s a great wine to have with almost any type of food. As an aperitif or with cheeses, a light buffet or salads, it’s the perfect accompaniment to a weekend brunch. I still have a bottle I brought back from Italy and will probably have it this weekend.

Charles Curtis, the Wine Director at Christie’s in New York, who acted as host/emcee for the esteemed panel, summed it up best in this quote from Thomas Carlyle. “The proof of the wine is in the drinking of it.” Words well said!

Posted by Dwight the Connoisseur at 9:47 PM