National Restaurant Association Show a forum for new South African Wines
The South African Consulate in Chicago was the setting for a premiere presentation of the Wines of
South Africa, a unique collection of food-friendly and affordable wines that reflect the terroir and taste of this unique, emerging nation.
"South Africa is a new country politically, but it is actually one of the oldest commercial wine producing regions in the world, with a history that dates back more than 300 years." said Jim Clarke, Marketing Director for Wines of South Africa." In the 1700s, the members of the French court and the intelligentia extolled the virtues of South African wine, even though that had some tremendous wines of their own production."
The wines, poured personally, in many instances, by the winemakers themselves, not only showed their mastery of such international grapes as Cabernet Sauvignon, Sauvignon Blanc and Chardonnay, but indigenous grapes, such as Pinotage. considered the national flagship grape of South Africa.
The majority of wines presented are currently available in both the Chicago and New York markets and are beginning to fan out in distribution around the country.
"When we first started presenting South African wines to the wine-drinking public, we were initially told, 'these wines are fantastic, why haven't we heard about them!' We are now creating the answer to that initial response by starting an aggressive marketing and sales campaign that will put South African wines on the shelves and in restaurant cellars in every major market in the United States.
Among the standouts at the tasting, which also featured bites that reflected the local cuisine, were those from Seven Sisters Wines, develop by the seven sisters of the Brutus family from the tiny fishing village of Paternoster on the West Coast of South Africa. Evicted from their tranquil home at an early age, due to unfavorable circumstances, they vowed to return, reuniting to buy back the land twenty years later, with the goal of creating fine wines. The warm summers with their low humidity, the copious winter rainfall and the complex soil type dominated by the celebrated Malmesbury Shale and patches of Granite and Table Mountain Sandstone resulted in wines of complex, bright, fruit character and  depth of flavor with intense floral aromas.
Each of the wines is named for a sister. For example,  Odealia is a naturally sweet white wine made from 100% Bukettraube grapes, a local varietal. It's a terrific accompaniment with a favorite dessert, as an aperitif or an after dinner drink. Vivian is an elegant Sauvignon Blanc with tropical flavors and an underlying note of green pepper and sage. The wine pairs nicely with seafood, which is found in abundance off the coast of South Africa.
Ernst Gouws wines of Stellenbosch are a reflection of the family's heritage, dating back to 1694, when the first French Huguenots came to South Africa and the first Gouws (then called d'Gauche') began producing wines. In 1975, Ernst Gouws traveled to Europe to begin his tutelage under both French and German winemaster. Marrying his childhood sweetheart, Gwenda, he returned to South Africa and founded the winery that  he now runs with his sons Ernst Jr. and Ezanne Gouws-Du Toit and daughter Inke Gouws-Sandri, who  all pursued an education in winemaking in order to follow in their father's footsteps. The result is wines of a highly sophisticated character that reflect the finest wines of Bordeaux, Burgundy or the Rheingau. The wines have been recognized in this country by both Robert Parker and the Wine Spectator and reflect the winemaster oeuvre and dedication to the principals and methodologies of traditional European winemaking. Yet, the wines reflect the complex terroir and flavor that is unique to South Africa.
Ernst Gouws Chenin Blanc is a wine that is perfect for summer. Scents of baked apples, hints of kiwi fruit and the freshness of a sliced grapefruit or ripe honeydew melon, the wine is great with a light salad, grilled Bronzini white fish or lighly grilled shrimp or scallops. The Merlot, with its potpourri of black pepper, sun-dried tomatoes and hints of paprika and a toasty nose that belied its aging in new French limousine oak barrels was by far the most intriguing offering of the tasting. This is a marvelous expression of one of the noblest of all international grapes. Perfect with grilled meats, pizza or pasta, the wine would make a welcome guest at any backyard barbecue or garden party. With Ernst Gouws wines priced at $16-$24, they fit nicely into the weekend fun budget.
Women in Wine CEO Beverly Farmer presented an enticing array of wines from the Stellenbosch region created by a collective of women wine makers. "The tradition of women in winemaking actually goes back for several decades, with many women first coming into the industry creating wines side-by-side with their husbands, then many of them became widowed and continued on with the business of producing wines. That formed the basis for a tradition of younger women actively pursuing careers in wine and creating some truly outstanding wines that we're now bringing to market."
Vernon Henn of Thandi wines was on hand to introduce his delicate sparkling wines that are perfect for drinking on the patio. His wines provided a perfect end to an evening that was enhanced by the strains of South African music playing over the interoffice sound system as the party enlivened with the  tinkle of glasses  as guests savored the taste of South Africa. 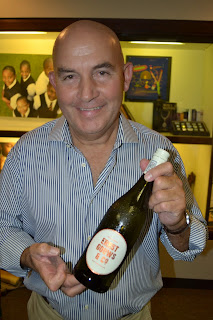 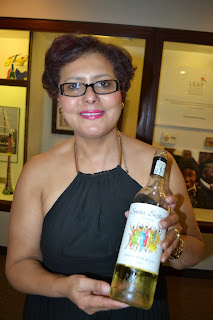 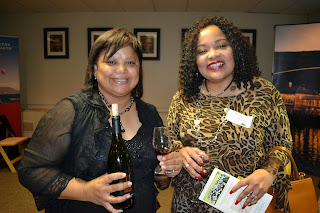 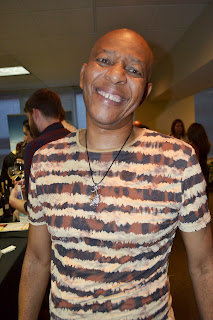 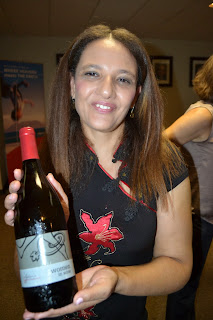 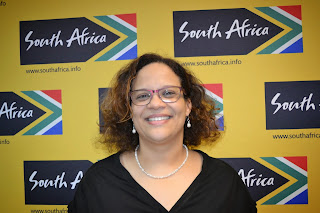 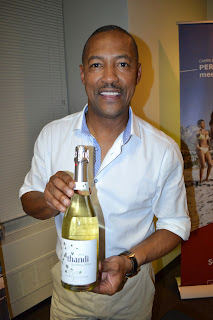 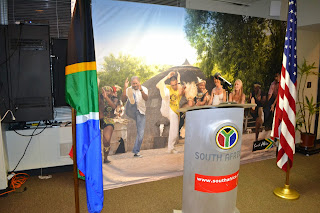 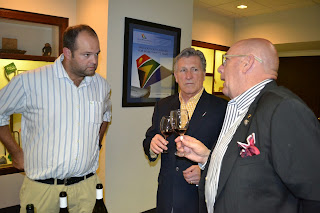 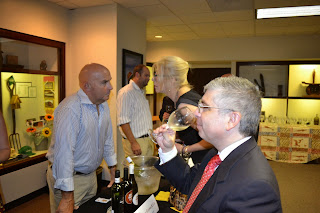 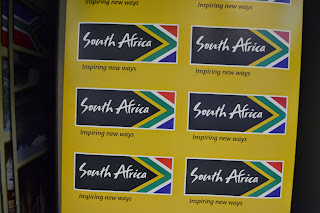 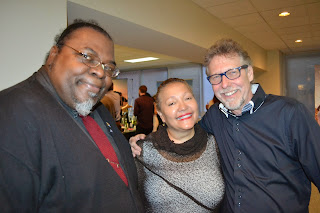