A magic carpet ride to Bordeaux by way of London 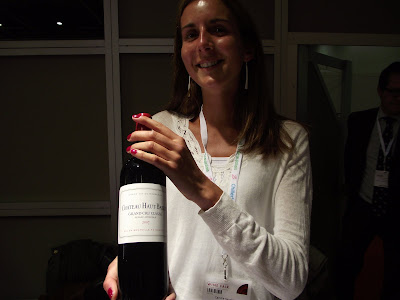 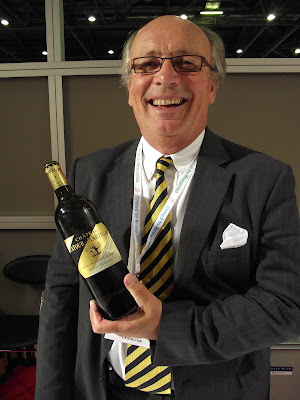 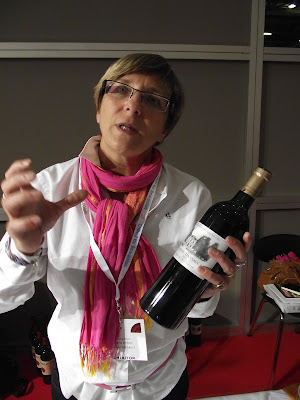 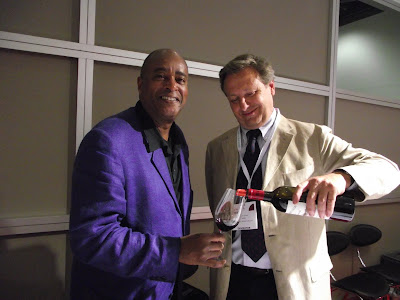 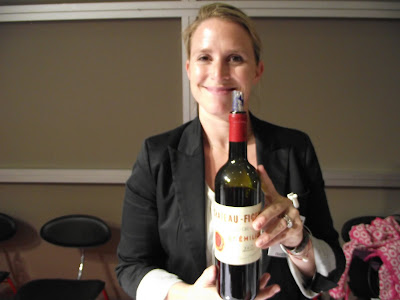 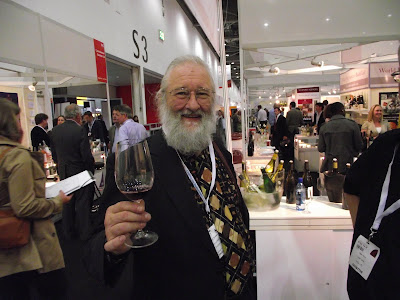 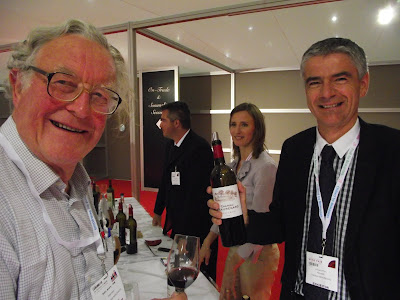 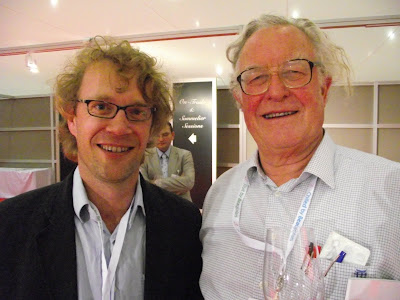 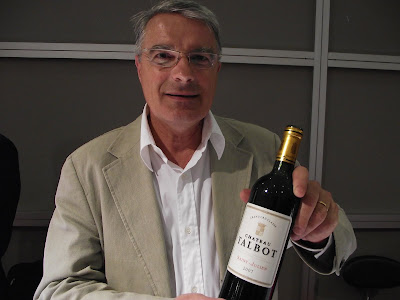 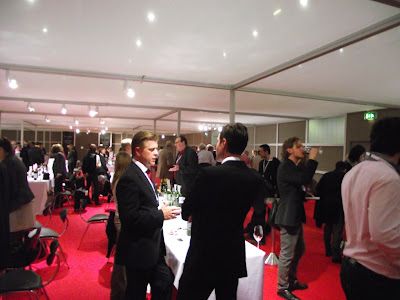 Story and photos by Dwight Casimere
Photo:
1. Camille Sanders-Communications Manager, Chateau Haut-Bailly, Graves
2. Tristan Kressmann-Chateau LaTour-Martillac, Graves
3. Laurence Brun, Managing Director, Chateau Dassault, Saint-Emilion
4. Dwight The Wine Doctor with Paulin Calvet, Owner, Chauteau Picque Caillou, Pessac-Leognan
5. Marie-Sophie Gauthier, Chateau-Figeac, Saint-Emilion 6. Allen Green, British wine blogger
7. British wine merchant John Avery with Vincent Priou, Directeur, Chateau Beauregard, Pomerol
8. John Avery with son Richard, an aspiring British actor who appeared in the 2008 film "Last Chance Harry" with Academy Award winners Emma Thomspon (Sense and Sensibility) and Dustin Hoffman (Rain Man)
9. Jean-Pierre Marty, Directeur, Chateau Talbot Saint-Julien Beychevelle
10. The West Hall at London ExCel, site of the historic Union Des Grands Crus De Bordeaux tasting
Bordeaux at the London International Wine Fair
Wines reviewed May 18, 2011
LONDON—While Arnold “the Spermanator” was making scandalous headlines in both the London tabloids and the U.S. press from TMZ to the New York and LA Times and the Queen of England was on the front page for her historic trip to Ireland, French winemakers from the Bordeaux were making headlines of their own in an historic first-ever showing at the London International Wine Fair.
For a wine lover, it was a trip to Xanadu. The great names were all there under one roof inside the London EXCEL convention center; Chateau Beauregard from the Pomerol, Chateau Ferrande from Graves, Chateau Giscours from the Margaux and Chateau Lynch-Bages from Pauillac among many other famed appellations. The heady aroma of the wines ethers were enough to make the head swim with delight. It must have been like the sensation experienced by Alice as she took her first intoxicating stroll through the Land of Oz.
In all, owners and representatives from 80 different Bordeaux chateaux were on hand to personally pour their wines and discuss their winemaking techniques and unveil the 2007 vintage.
“It was a year that saw great difficulties in the field form day one,” said Laurence Brun, Managing Director, Chateau Dassault, as she poured a glass of her exquisite Premiere Grand Cru Classe Saint-Emilion ($29.98). “ We were challenged first by extremely hot days, then, just before the harvest in September, we were deluged with heavy rains. We were able to manage the grapes in the field, pruning them by hand to preserve the best fruit and create a canopy over the grapes. Our efforts brought forth highly concentrated fruit that produced an elegant wine. The vines were stressed to dig deep in the gravelly soil for moisture, making the juice highly concentrated and the wine very elegant and long-lived.” The resulting rush on the palette confirmed her claims.
Although the majority of the wines are priced in the $50-$100 range, there were some very fine wines to be had at bargain prices. Chateau Haut-Bailly Grand Cru Classe from Graves is priced at a very respectable $46.80 at most Chicago area merchants. This wine has been described as” the insider’s” Bordeaux and rightly so. Chateau Haut-Bailly is located on the left bank of the Gironde in the Pessac-Leognan region, home to some of the greatest wines in the Graves region of the Bordeaux. The owner, Robert Wilmers, is actually American, but the original Belgian owners, the Sanders family, have remained on board as managers. The Chateau’s name harkens back to the earliest, storied days of French winemaking. The original estate was founded in 1630 and has been consistently rated by Robert Parker at 87 and above after an earlier, admitted “misjudgment” of an earlier sample on 2000. Communications manager Camille Sanders, whose mother, Veronique, is the current manager of the estate and the grand-daughter of the original owner, Daniel Sanders, said the original poor rating by Parker was devastating, but the owners decided to persevere. “We feel that our strategy of proving beautiful wines with great longevity at a modest price was the way to go and its been proven right.” The proof was certainly in the glass. The wine is well balanced with a vibrant, crimson/black color and a lingering fragrance of cedar wood and a touch of sweet cassis fruit on the tongue. The wine has a great concentration of fruit cloaked in firm tannins that bode well for aging. I’d buy a case of this one, enjoying a bottle or two with game meat or a well-marbled steak, and then laying down the rest for enjoying during Holidays down the road.
Bordeaux wines are among the most storied and prized of all wines of the world. Having an opportunity to sample so many of the greats under one roof made the trip to London all the more worthwhil
Posted by Dwight the Connoisseur at 6:25 AM