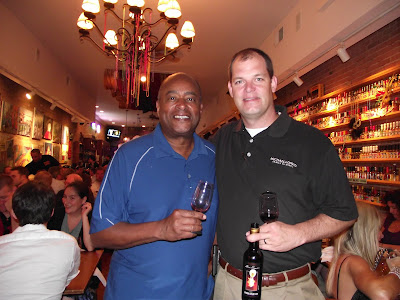 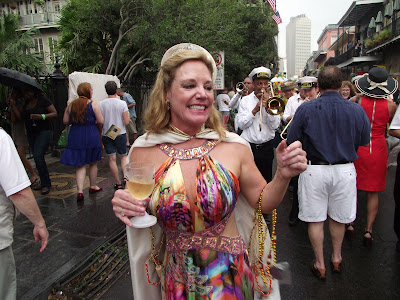 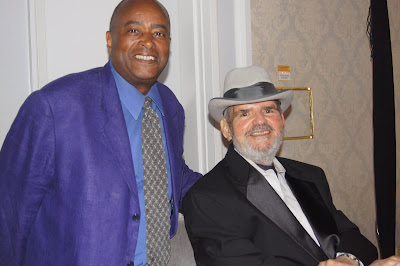 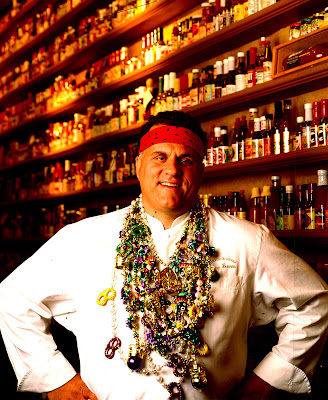 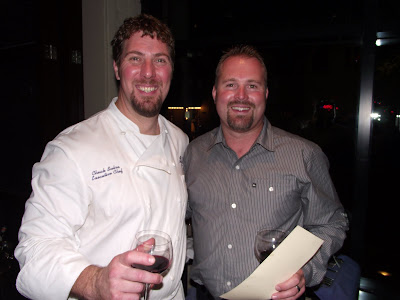 NAPERVILLE (By way of New Orleans)—Lodi wines are finally coming into their own. For decades, the wines of the region, located just east of San Francisco, California in the fertile Mediterranean climate at the edge of the Sacramento River Delta, has been associated with inexpensive jug wines of little consequence. Brothers Michael and David Phillips set out to change that perception, producing outstanding varietal wines from Lodi and from grapes sourced throughout California’s winegrowing regions. The brothers have ample pedigree to back up the numerous Gold Medals and 90 plus Wine Spectator ratings they’ve garnered over the years with such well-known wines as their wildly popular 7 Deadly Zins ($13.99), 6th Sense Syrah ($12.99), Incognito White ($18.98) and Earthquake Wines ($22-$25). The brother-owners are the 5th generation grape-growers in the Phillips family, with the 6th generation now joining the family business. Dwight The Wine Doctor got a 360-degree view of the outstanding “stable” of wines at a pair of comprehensive winemaker dinners, based around the palate-tingling cuisine of New Orleans. The first was during the 2011 New Orleans Wine Experience at a May 25th Vintner Dinner at Executive Chef Chuck Subra’s La Cote Brasserie in New Orleans up and coming Warehouse District, just a fifteen minute or so walk from the Crescent City’s famed French Quarter. General Manager/Winemaker Adam Mettler appeared in person to present a stunning array of high-quality Lodi wines.

What a surprise when Dwight The Wine Doctor learned that a representative of the winery, Midwest Regional Manager Tom Schmitz, would be doing a Winemaker Dinner at Naperville’s Heaven on Seven featuring the limited allocation Symphony white blend ($12) with Chef/Owner Jimmy Bannos’s critically acclaimed authentic Cajun cuisine that has earned him such accolades as 2007 Inductee to the Chicago Chef’s Hall of Fame.

Seven Deadly Zins lived up- to its advance publicity with a unique vegetarian gumbo, Gumbo Z’Herbes, featuring a spicy Cajun broth with braised Mustard and Collard greens, a real twist on two down-home favorites. Seductive Sixth Sense Syrah showed off plenty of blackberry fruit character with Chef Bannos’s Creole Mustard Braised Chicken over Rice. The real star of the evening’s culinary show was the limited production Rapture Cabernet Sauvignon with Southern Comfort Short Rib over Roasted Garlic Mashed Potatoes. It would be torture to rhapsodize on this outstanding Cabernet, one of the best I’ve had in my global travels this year. Its in limited supplies and costs upwards of $200 a bottle.

Pin Tower Zinfandel Dessert Wine ($20) with Lemon Chess Pie injected a little humor into the festive evening. “The name is an amalgam for Port Wine, which, of course comes from Portugal. You can’t legally use the name otherwise, but the owners figured out a way to get around it. “ The chocolaty rich flavor results, combined with the lemony fruit tart gave just the right ‘pucker’ in the mouth that helped you to ‘get’ the tongue-in-cheek joke.

Chef Jimmy Bannos is a true anomaly. Thirty years ago, the third generation Chicago restaurateur was cooking up classic Jewish deli food in a dingy, seventh floor Loop diner called Heaven on Seven. As a frequent habitué of that inelegant locale when I was a young radio announcer at nearby WGCI news radio, I can personally attest to the fact that the name was somewhat of a situational pun. The building in which it was located (the historic Garland Building, since restored to its original grandeur) was one of the original “skyscrapers,” complete with old-fashioned bird cage elevators, the kind which were once operated by white-gloved attendants. Hunkered over the creaking Chicago Loop “L” train line, Heaven on Seven became an oasis of really great tasting food that, in its time, was unique to the polish sausage and pierogi food culture of the time. Bannos first caught “Cajun fever” when he encountered a cookbook by the legendary New Orleans Chef Paul Prudhomme. When Bannos called him to chat about recipe ideas, Prudhomme invited him down to intern in K-Paul’s famed kitchen. The rest, as they say, is culinary history. Bannos has since published cookbooks on his own and is the acknowledged authority on all things Creole and Cajun in the Chicago area. His humble Wabash Avenue diner has since blossomed into a three-restaurant empire, anchored by Heaven on Seven in the Garland, a gleaming, festive dining emporium on Rush Street, nestled in the same complex as a multiplex movie theatre near the Magnificent Mile, Heaven on Seven in Naperville and his latest incarnation, Juicy-O, creator of the perfect cake donut in Downers Grove, Willowbrook and Naperville.

In New Orleans, Chef Chuck Subra put his best culinary foot forward at La Cote Brasserie that truly showcased winemaker Adam Mettler’s fabulous wines from Lodi, California. Starting with his signature Satsuma Jam Red Fish Ceviche, a Nuevo Latino twist on a local seafood favorite, paired with 2009 Seven Heavenly Chardonnay ($17). Provencal Braised Beef Cheeks with Papa Tom’s Stone Ground Grits, brought out the hearty best of this formerly humble cut of meat that has been elevated to Top Chef status, paired with 2008 6th Sense Syrah ($12.99), a favored varietal of the Phillips brothers, which was among their first plantings in 1982. The wine is homage to those produced in southern France and delivers its characteristic fragrance with hints of peppermint, black cherry and red currant. Its mouthwatering, juicy flavor was the perfect accompaniment to the fleshy, herb scented meat and the umami sensation created in the mouth by the creamy grits.

Steen’s Cane Syrup Marinated Duck Breast with Duck Fat Braised Arugula and Ponchatoula Strawberry Jam was Chef Subra’s masterpiece, paired with 2008 Earthquake Cabernet Sauvignon, Lodi Appellation ($21.99). This wine truly lives up to its name. It possesses corpulent fruit flavors with overtones of chocolate, tobacco and sweet oak. The tannins literally make your mouth pucker while, at the same time, the ripe, juicy fruit literally explodes in your mouth. It’s at least a 5.0 on the Richter scale!

The Grand Finale, Chocolate Pound Cake with Praline cherries, Creole Cream Cheese Ice Cream and Granny’s Milk Chocolate Sauce with 2008 Lust Zinfandel ($49.99) was something Blanche Dubois must have ordered at one time or another. It’s a dessert that says everything there is to say about the decadence and tradition of excess in Louisiana culinary culture. Paired with Lust Zinfandel…. well, I can only leave the aphrodisiac overload to the imagination.

Michael David Wines are a great discovery that really puts Lodi on the wine-drinking map. Paired with Cajun cooking, it’s a match made in “Heaven” whether it be in New Orleans or Naperville!

Posted by Dwight the Connoisseur at 7:28 AM