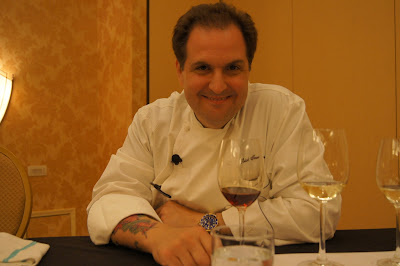 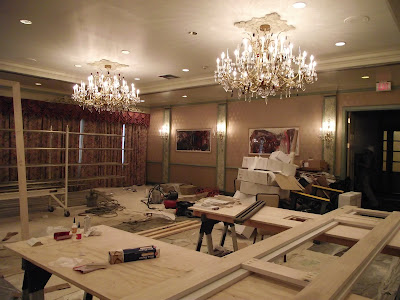 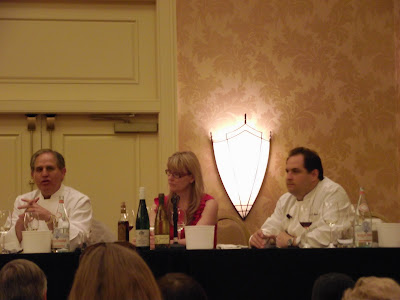 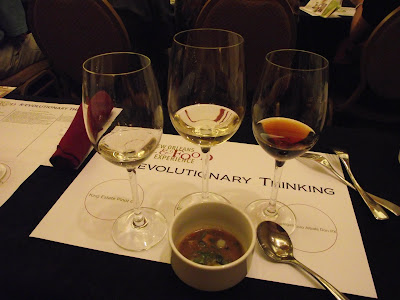 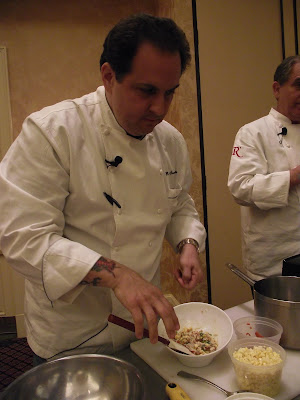 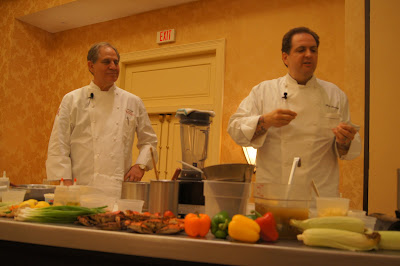 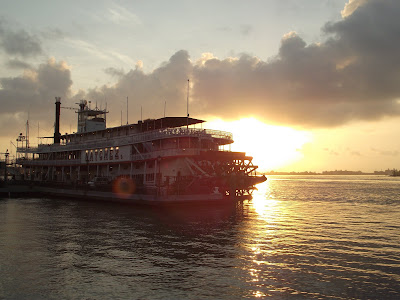 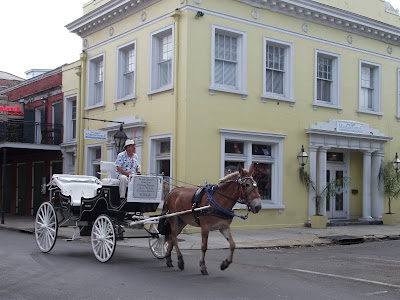 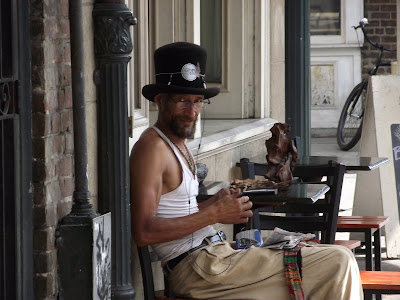 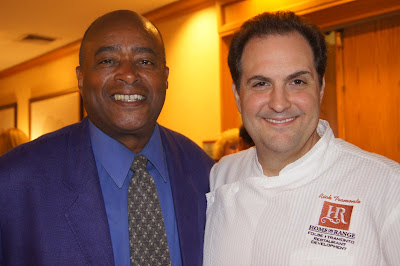 2. The dining room of R’evolution under construction at the Royal Sonesta Hotel, French Quarter

6. Chefs Tramonto and Folse in action at the R’evolutionary Thinking seminar

7. Sunrise on the Mississippi River near the French Quarter

8. A carriage ride on Royal Street near the Royal Sonesta, site of R’evolution restaurant

9. A denizen of the French Quarter

New Orleans— Foodies who plan a trek to America's culinary capitol, New Orleans, will have a new reason to take their craving for imaginative creole cuisine to the French Quarter. Early next year, famed Chicago chef Rick Tramonto,founder of Chicago's Tru restaurant,off the Magnificent Mile, and owner of Tramonto's Steak&Seafood in Wheeling, Illinois in the Westin Chicago North Shore, is expanding his culinary empire to the French Quarter. In partnership with renowned New Orleans Chef and cookbook author John Folse, the pair will open R'evolution in the historic Royal Sonesta Hotel on Bourbon Street.

Tramonto hopes to bring a brand of culinary excitement to this storied location with signature dishes that reflect his unique culinary artistry, while reflecting the rich "sea floor pantry," of New Orleans' bayous, rivers and waterways, as described so eloquently by his partner, Folse.

During last spring's New Orleans Food&Wine Experience, Tremonto and Folse showcased a preview of their menu of transformed traditional Creole cuisine paired with a dazzling array of wines from across the globe and palette spectrum, chosen by their Sommelier, Milly Wismeier.

Alligator is plentiful in the Bayou, and it appears as a staple on the menus of most Creole and Cajun restaurants. I encountered it most often as an appetizer, served marinated on skewers or in stews. Most often, it is served nugget style as an appetizer with a spicy sauce. Hence, the first item on the tasting menu, Alligator Sauce Picante, served with King Estate Pinot Gris ($15) from Oregon. All of King Estate’s wines are produced from organically grown grapes. The highly rated Pint Gris vibrant with citrus flavors and luscious aromas of tangerines and peaches. It was just the right flavor counterpoint to the spicy alligator. In its unadulterated state, alligator meat can be quite tough, that’s why it is most often marinated. Although people often say it tastes like chicken, I find that not to be the case, it has a slightly gamey, but subdued flavor all its own. Its best served with a spicy sauce to bring out the flavors. A wine like a bright, exuberant Pinot Gris is just the sort of thing to bring out the ‘wild side’ of the dish.

Dr. Loosen Kabinett Riesling ($19) was the wine served with Hogs Head Cheese & Daube Glace. Hogs Head Cheese is truly a southern delicacy. I recall my grandmother getting it from her brother’s farm In Indiana. She always served it with spicy, stone ground mustard. Its one of those peasant-type dishes that uses everything on the hog from the snout to the tail, making the term hog’s ‘head’ somewhat of a misnomer. I’m sure it’s not an item on anyone’s short list of dietary foods, but it sure is a guilty pleasure!

Dr. Loosen’s Kabinett is a clean, crisp, elegant white wine from one of Germany’s most celebrated producers. Its fresh, crisp notes of apple and grapefruit with a hint of orange make it juicy and balanced, it has a racy, mineral-driven core that cuts right through spicy Creole foods. This is one of the most elegant white wines to be had anywhere. Its delicate and refined, yet it has a subtle underlying power. Most people like beer with Creole food. I think this wine will change their minds.

Bodegas Toro Albala Don PX from Montilla-Moriles, Spain ($26.99), rounded out the afternoon with Chef Folce’s Turbo Dog Chocolate Doberge Cake. The wine is one of the most celebrated Spanish white varietals from the Andalusia region. A late luncheon date at the Gumbo Shop prevented me from indulging in this delicacy. I’ll have to make it to R’evolution for the opening in 2012 to enjoy this one!

Posted by Dwight the Connoisseur at 7:17 AM