"Cabernet is King" at Francesca's Fortunato 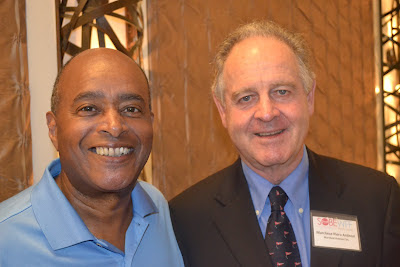 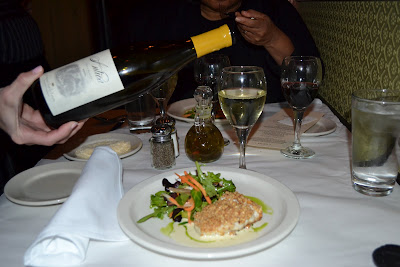 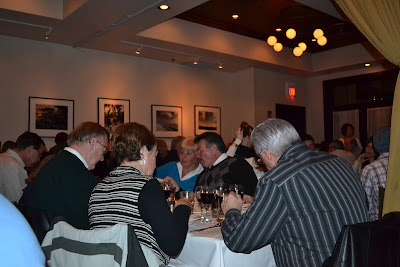 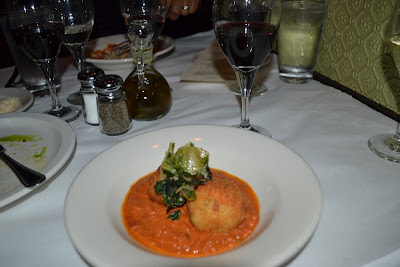 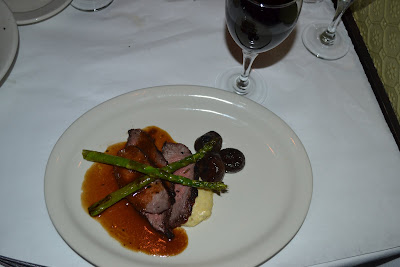 “Cabernet is King” at Francesca’s Fortunato in Frankfort, IL.

Francesca's Fortunato in Frankfort and its fabulous cuisine

FRANKFORT, IL—It’s hard to believe that it’s been 20 years since Chef Scott Harris opened the doors to what was, then, a revolutionary concept on the local Chicago area dining scene; a straightforward, casual dining establishment that served authentic Northern Italian cuisine, using fresh, locally sourced ingredients, with ample portions, friendly service and reasonable prices. Mia Francesca on North Clark, known locally as simply “Francesca’s,” was an instant hit with diners on the burgeoning Lakeview/Lincoln Park dining scene, with everyone, including myself, returning time and again to sample the daily specials that mirrored some of the dishes I’d experienced at trattorias in Tuscany and Umbria on my many visits to Italy. Some of the restaurant’s menu staples, like Carpaccio con Sedano, or the heavenly, gut-busting Pollo Arrosto Ala Romana, remain favorites to this day.

I had an opportunity to become reacquainted with Francesca’s at its 13th incarnation, Francesca’s Fortunato in Frankfort, just a few miles south of The Times Weekly’s home base in downtown Joliet. Francesca’s Fortunato is tucked away on a quiet, tree-lined street in a secluded part of Frankfort, just a stone’s throw from Indian Boundary Park. Resembling a country roadhouse, the restaurant serves a mix of inspired contemporary Italian and American cuisine that leans heavily toward the earthy, seasonal fare of the Tuscany, Umbria and Lazio regions of Italy, where the company’s corporate chefs often travel to for inspiration. The fact that this night’s special menu presentation was centered around the magnificent Cabernet Sauvignon wines of California’s Napa Valley, was an added plus to the immediate delight of an unusually warm, mid-winter night.

Over the years, Francesca’s wine list, specializing in tantalizing vintages from Italy and California, grew to be one of the most food-focused in the area. Often featuring hard-to-find and heavily allocated vintages from the most esteemed wine-makers, such as Piero Antinori, scion of the famed winery of the same name in Tuscany, and new owner and wine creator at the famed Stag’s Leap Wine Cellars of Napa Valley, which now bottles his critically acclaimed Antica label.

I digress. Francesca Fortunato’s “Cabernet is King” wine dinner was an exquisite delight. No less than Francesca’s Corporate Chef Massimo Salantino, a native of Italy, who studied at Italy’s prestigious Scuola Alberghiera di Stresa, Lago Maggiore, and who honed his culinary skills at such gastronomic temples as the Regina Palace Hotel and Harry’s Bar in Venice and Ciao Bella and Cipriani in New York, along with Chef Horatio Sanchez and Francesca Fortunato’s resident chef Rafael Aguirre, designed a dinner around the aforementioned Piero Antinori’s 2009 Antica Chardonnay ($35) and 2006 Col Solare ($45) , a Bordeaux blend from his Washington State property, vinified with the partnership of Chateau Ste. Michelle winery, and Conn Creek’s 2008 Cabernet ($23) and Stag’s Leap Hands of Time ($35), a Bordeaux blend which commemorates the legacy of the more than 35 winemakers who vinified the legendary wines of Stag’s Leap under its founder Warren Winiarski and his family. The winery maintains a permanent collection of an exhibit with cast handprints of each of the winemakers. The image is also emblazoned on the wine’s labels. Francesca Fortunato’s sous chefs Leonel Baca and Gaston Escobedo were another key part of the overall success of the event.

Additionally, I had an opportunity to taste both the 2009 Antica Chardonnay and the 2006 Col Solare in the presence of Marchesi Piero Antinori himself, in a special tasting symposium held at the recent Food Network South Beach Wine & Food Festival in Miami. In a few days, I’ll be tasting his 2008 Bolgheri Superiore Tenuta Guado al Tasso ($70) at the prestigious Opera Wine, the new premiere event at Vinitaly 2012 at the Palazzo della Ragione, the majestic palace that was once City Hall, alongside historic Piazza Erbe, in the Medieval city of Verona.

At Francesca Fortunato, the wine dinner prepared by chef’s Solantino, Sanches and Aguirre was nothing short of exquisite. From the opening salvo, Filetto Di Pesce All’ Aroma Di Nocciole E Insalata Di Campo, Hazelnut encrusted Grouper fish with baby greens in a beurre blanc (white crème) sauce, paired with 2009 Antica Chardonnay, it was a match made in heaven. The rich fattiness of the white fish combined with the cream sauce was the perfect foil to the earthy limestone backbone of the Antica Chardonnay. The wine’s flavor and structure are derived from the rocky, dry soil of Atlas Peak, which dominates the Napa Valley, high above the Silverado Trail. Antica Chardonnay is a crisp dry white, with the color and flavor of citrusy Meyer lemon, with flavors of little green apples and Bosc pears on the palate and a finish that wraps the tongue in butter and a touch of cinnamon and sandalwood. The beginning bite of Grouper combined with a sip of Antica created a Sirocco (strong wind) in the mouth!

The standout dish, and one which I’ve tried to replicate ever since this dining experience, is the Arancini Alla Valdostana, Rice Balls filled with Prosciutto. Fontina, Sage, with smoked roasted tomato sauce and bitter greens (a simplified recipe follows). Paired with the incomparable 2008 Conn Creek Cabernet ($23), this was a dish that literally exploded in the mouth with a surprising mix of flavors and textures, a phenomenon that the Italians call “saltimbocca” (jumps in your mouth). Whole Foods has a version of these rice balls in their ready to eat case, but its better to either go to the restaurant or make them yourself.

I was really starting to get full by the time the Paccheri Della Nonna, hand-made pasta (all of the pastas at Francesca’s are house-made) with braised pork, herbs (fresh, local) and Parmigiano (fresh, imported Italian) cheese. I did linger to taste the 2009 Hands of Time and took a few bites of the braised pork. The food was perfectly prepared, but nothing could equal the superlative taste of the wine. This was one example of the wine outshining the food in its complexity, texture and flavor. I later experienced both the braised pork and the final course of Bisteca Con Cipolline E Polenta, charred London Broil with Gorgonzola cheese polenta with Cipollini onion and grilled asparagus spears. I had this dish with a bottle of 2006 Col Solare ($45) at home, having taken home the leftovers and had an unbelievably rapturous experience while watching a PBS-TV replay of Italian tenor Andrea Bocelli (“the fourth tenor”) in concert in Central Park.

There’s always room for dessert, so naturally, I had a handful of the miniature house-made cookies and a swirling cup of creamy cappuccino. Abondanza!

These little rice balls are known as arancini, or little oranges, because of their golden crust, which gives them the appearance of an orange. They can be stuffed with various types of cheese, meats, or chopped vegetables. Arancini are served as snack food in bars and cafes all over Sicily.

Arancini can be assembled up to an hour in advance and fried at the last minute.

In a saucepan, combine the broth and sage and bring to a boil.

Stir in the rice, butter, and salt.

Transfer the rice to a bowl and stir in the Parmesan cheese.

Let cool slightly, then stir in the whole egg and yolk.

Place the flour and bread crumbs on 2 separate plates.

In a small bowl, lightly beat the egg whites until frothy.

Combine the prosciutto and fontina and divide the mixture into 12 equal portions.

Moisten your hands with water.

Scoop up 1/4 cup of the rice and flatten it into a disk in your hand.

Place one portion of the prosciutto/fontina mixture in the center.

Mold the rice over the filling, shaping it into a ball.

Roll the ball in the flour, then the egg whites, and then the breadcrumbs.

Place on a wire rack to dry for at least 15 minutes.

Rinse your hands frequently to keep the rice from sticking to them.

In a deep fryer, add enough oil to cover the rice balls by 1-inch once they are added.

Heat the oil to 375 degrees F. on a deep-frying thermometer.

Gently add a few of the rice balls into the oil.

Fry until golden brown and crisp all over, about 2-3 minutes.

Using a slotted spoon, remove and transfer to paper towels.

Fry the remaining balls in the same way.

Posted by Dwight the Connoisseur at 2:04 PM