Welcome to Sicily where Marsala wine, the Grillo grape and couscous beckon

MARSALA, SICILY---Everything about Sicily speaks to the antiquities; the dramatic volcanic mountains, craggy sea cliff and sand coast and the rustic gnarled vineyards dotted with olive trees and livestock.  It is a scene that is unchanged by time. It is a place shrouded in history and tradition, where winemakers young and old strive to preserve the past while taking bold steps into the future.

Such a winemaker is Renato De Bartoli, who with his late father,  Marco De Bartoli, and his siblings, Sabastiano and Gipi, are bringing a new, eloquent version of Marsala wine and wines based on the native Grillo grape, both still and sparkling, that speak of the region';s illustrious history, but in an altogether new way.

Everything about Baglio Veccchio Samperi estate, which has been in the family for 200 years, speaks of its precious origins and the family's fierce dedication to Sicily's proud winemaking history.

"The barrels here date back more than 130 years," Renato says proudly as he gives tour of the aging rooms for his oldest Marsala wines. "At the very beginning, my grandfather personally selected the best  staves from the large oak barrels and reworked them into the slightly smaller barrels that you see here today. Some of this wine dates back to the earliest days of this winery."

The Grillo grape, native to Marsala, is directly tied to the history of the winery and the region. According to Renato, its roots can be traced back as far as 1800. "We know for a fact that some of the earliest vinifications of the grape go back to that time," he said. The grapes grown on the property at Marco De Bartoli wine contain root stock originating as early as 14 years ago and dating back as far as forty years. The vineyards are dotted with olive trees and carefully pruned and harvested by hand. "That is the old, traditional way and we will not stray from it," Renato declares defiantly.

The only nod to modernity is the use of organic methods and biodynamic practices, wherever possible. "We strive to leave the smallest imprint on the environment and choose to make our wine and our olive oils in a responsible manner.

MarcoDe Bartoli named his first wineVecchio Samperi, in honor of Contrada Samperi, on the outskirts of Marsala. The land, rich with limestone and minerals, is ideal for vine growing and the creation of wines that speak to the concept of territory.

Thousands of Grillo grape vines were planted between 1970 and 1996 in the vineyards at  Contrada Samperi, Marsala in the rich land of sand and limestone. The vines are trained to free-standing bushes that are pruned and selected by hand. Harvested each year in the last yen days of September, the grapes are then vinified, usingsoft presses, natural decantation and traditional fermentation at room temperature in barrels of oak and chestnut. The result is a rich, flavorful off-dry wine that is golden amber in color and redolent with rich fruit flavors, underlined with nutmeg and baking spices imparted by the oak, with a hint of the fresh peppercorn and herb flavors that speak to its pastoral origins.

Later, in the wineries rustic kitchens, his mother and sister would prepare a sumptuous meal to accompany a dazzling array of pure Grillo wines, from its most modern expression, the uniquely perfumed and delicate Vigna La Miccia to wine that goes back to its very Phoenician roots, the complex, well structured aged Grappoli del Grillo, a white table wine made with 100% Grillo grapes.

"This wine was a bold step for my father," Renato explains. "He wanted to make a serious table wine from the Grillo grape, that is traditional used for making Marsala. He did this in 1990. Up until then, the grape had only been used to make Marsala, but my father something different in the grape. He wanted to make a wine that brought out more of its austere, refined character, that could be served at the dinner table. And thus, Grappoli del Grillo was born."

The ensuing meal was a case study in contrasts so prevelant at Baglio Vecchio Samperi. Every dish and wine that was served somehow resonated with echoes of tradition, but emulated some nod to modernity. The first dish, a Cous Cous combined with local fish from the Mediterranean Sea, was redolent of crushed spices and local herbs. "The roots of this dish go back to North Africa and the Arabs that once occupied this land." Renato explained. "Traditionally, cous cous is made with local vegetables and meat, such as lamb. Here in Marsala, they chose to make a lighter, more refined version with fish and that is what we are serving here with our new, sparkling wine, Terzavia Metodo Classico Brut 2010 and our Grappoli del Grillo-Sicilia IGT 2011. A splash of lemon on the dish further brought out its bright flavors that matched perfectly with the underlying flavors of ripe peaches, white raisins and a hint of crystalized honey that lingered on the palate of this beautiful sparkling dry white wine.

"I don't use any sugar at all in the making of this sparkling wine," Renato emphasized strongly. "There is no dosage added in the initial fermentation and liquor de expedition in the second and final fermentation!"

The dinner continued with another spectacular fish dish, both made with the wine of Marco De Bartoli, Tuna simmered with local, carmelized onions and a scintillating, sweet and sour version of Caponata, a melange of roasted and simmered vegetales; eggplant, local squash and herbs, combined with capers that were brined in salt, instead of the traditional vinegar, which gave the dish a unique flavor that paired perfectly with the Marsala DOC Superiore Riserva 10 anni (tenth anniversary edition) and the Vecchio Samperi Ventennale wine, which is unique for its combination of flavors that makes it a great accompaniment to Mediterranean cuisine.

The real star of the show was the 2002 Grappoli del Grillo, which disproved the commonly held belief that Sicilian wines must be drunk while they are young. It was surprisingly good, even though it had been aged more than 10 years. The wine had character.

The final round of well-aged Marsala wines accompanied a knockout Tiramisu' dessert made with the Vecchio Samperi wine.  I'm still trying to bribe the chef to get the recipe! 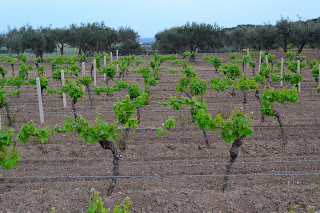 The vineyards at Baglio Vecchio Samperi are dotted with olive trees 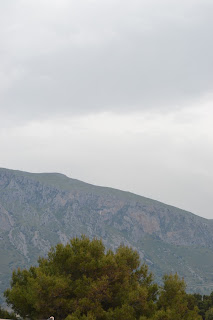 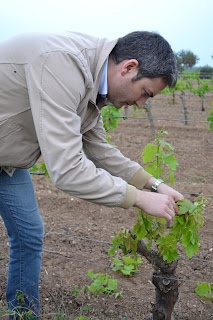 Winemaker Renato De Bartoli hand pruning a vine and below, with Dwight The Wine Doctor 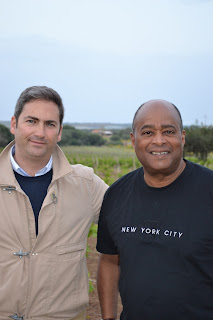 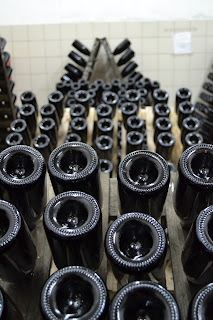 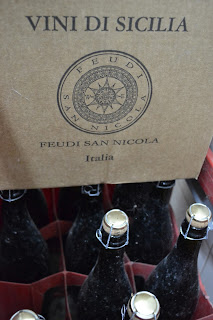 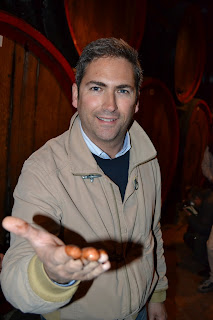 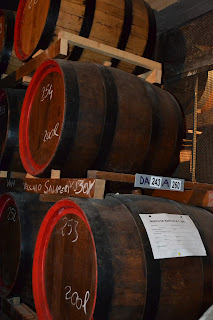 The aging room for Marsala wine and below, bottles of Bukkuram wine, a legacy of the region's Arab times 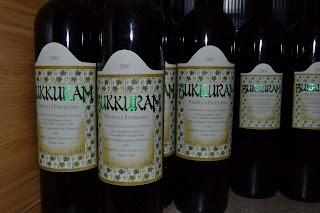 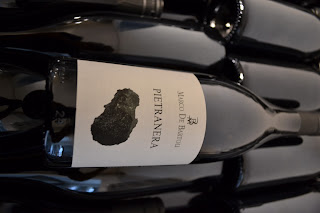 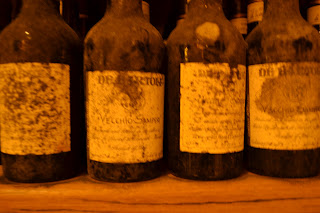 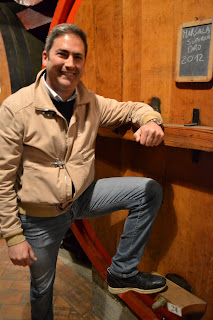 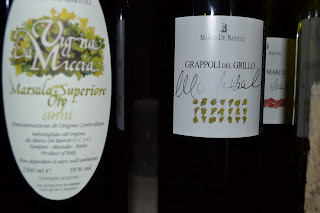 In the kitchen with Momma! 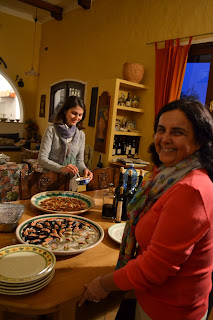 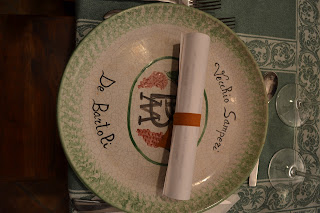 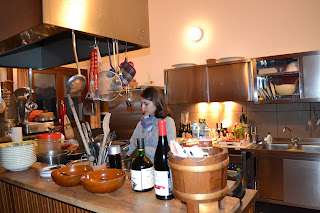 Renato's brother Gipi, is an expert scultor and his works dot the gardens and aging cellars 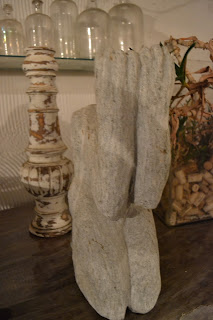 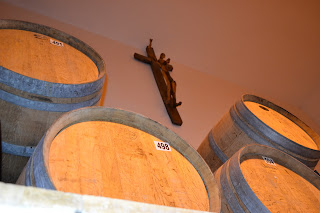 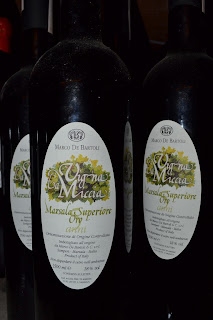 The Mediterranean seaside city of Palermo 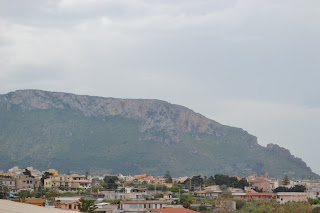 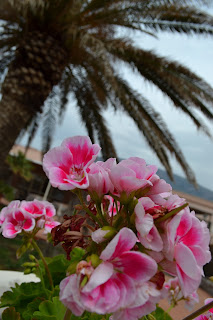 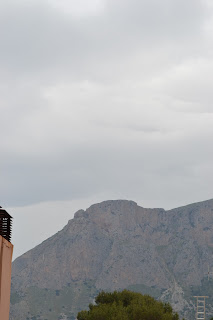 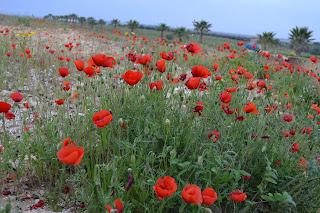 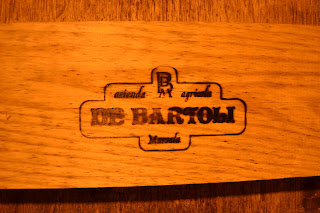 Posted by Dwight the Connoisseur at 10:11 PM