The Medoc, on Bordeaux's storied Left Bank of the Gironde estuary in France, is one of the prime locations in the world for lush, delicious red wines. Home to more than 1,500 vineyards, the wines from each chateau have their own distinctive character and flavor, owing to the varied and rich terroir of the region.

Situated close to the Atlantic Ocean, the region's mild climate and gravelly, well-drained soils make for grapes with extensive root systems that struggle and ripen to a superior intensity of flavor, in spite of the  area's notoriously heavy rainfall. The results are wines of distinction that have captured the imaginations and the palates of wine lovers everywhere.

Add to the growing list of real gems from the region the name of Chateau Leboscq and its 2010 Medoc Crus Bourgeois. A red Bordeaux blend of the highest calibre, it can be had for a mere average price of around $22. I've seen it in some shops for as low as $17 or $20. Ordering online by the case, will easily lock in the lowest price at any of your well-known wine buying sites.

Chateau Leboscq is one of the classic estates of the Saint-Estephe appellation. Dating back to the conquest of the Medoc in 1749, when Thomas Barton, founder of one of France's premiere negotiant companys in the Bordeaux, took over the estate and dedicated himself to creating distinguished wines in all of France's myriad classifications. Barton turned the estate over to Jean Grazilhon, the dedicated caretaker of the estate, at the end of the 19th century. Grazilhon created the majestic residence which now overlooks the vineyards and the River Gironde estuary. His meticulous approach to wine making resulted in the estate being awarded Cru Bourgeois status in 1932.

This is an excellent example of what Cru Bourgeois is all about. The wine is very straight forward with the flavor of deep red currants dominating a flavor profile that includes pomegranate,  crushed rose hips, black pepper, light cinnamon and cardamom spice. There are hints of Jamican coffee and maduro tobacco on the back of the throat, however, the taste of ripe red fruit dominates and almost drips from the corners of your mouth. This is a perfect wine to serve with Rack of Lamb, Pheasant or a juicy Pork Tenderloin slathered with a rich, tangy, tomato-based,  barbecue sauce. At only $22 a bottle or less, you can afford to have it often at the dinner table. Present it whenever guests arrive. They'll not only delight in its luxuriant taste, but will be thrilled when you regale them with your knowledge of the wine's backstory and the rich history of the region, which I have so generously provided in this column. Bon Appetit!

Views of the Chateau Lreboscq estate at harvest time 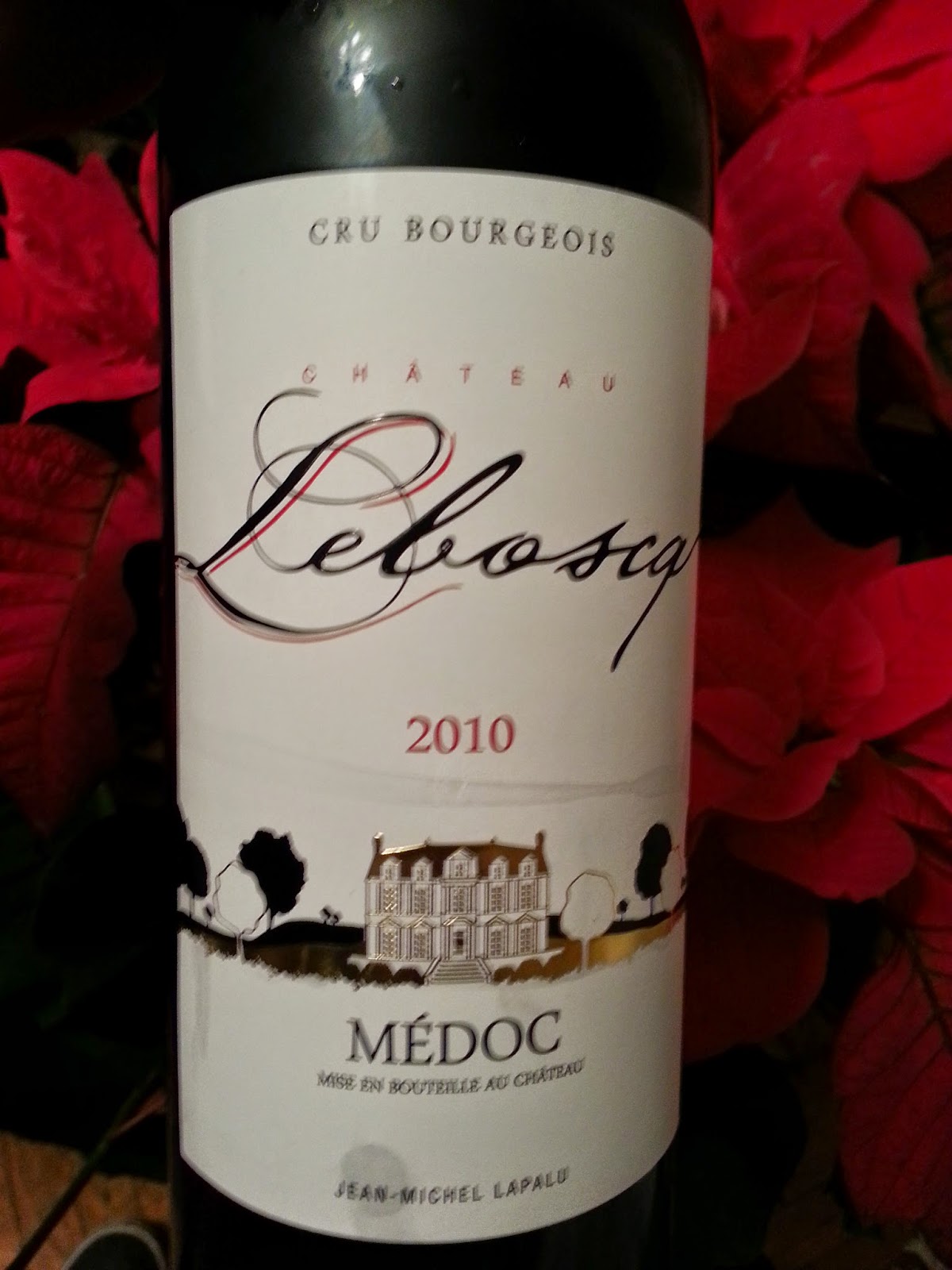 Posted by Dwight the Connoisseur at 9:48 AM