Great sparkling wines don't only come from Champagne and they are not just for special occassions. They can be found in regions around the world and can be enjoyed all year long. One companion to carry with you into the New Year is vibrant Cremant  from the Alsace.

A shining example of this easy-to-drink and affordable sparkling wine is Willm Cremant d'Alsace Blanc de Blancs.  It is a vivacious sparkling wine that is good just by itself, with tantalizing appetizers, or  with a light meal. The best part is that it only costs $16.

Alsace is one of the oldest wine producing regions in France. At one time,  Its wines ranked among the country's most expensive. However, wars, economic upheavals and legal entanglements due to archaic laws plummeted the Alsatian wine industry to the depths. It wasn't until after World War I that things started to turn around. Unfortunately, Prohibition in this country derailed the region's popularity here and caused its wines to become  virtually non-existent on U.S. shelves.

A twist of fate later turned a severe deficit into an asset. Before 1900, Alsace was a part of the German Empire. Some Champagne winemakers like Hommel and Drier moved to the Alsace in order to skirt strict customs laws toward exporting sparkling wine into Germany. After World War I, when Alsace was returned to France, the region had already become famous for its excellent, relatively inexpensive sparkling wines. Thus, a new industry was born and the thirst for Alsace's excellent sparkling wines quickly spread around the world.  Forbidden to use the term "champagne," the obsolete term "cremant" was resurrected in 1975, and thus, Cremant was born. In 1976, Cremant d'Alsace was officially defined by decree.

Emile Willm has been making wine since 1896 in Barr, just south of Strsbourg. Known for producing some of the greatest Gewurztraminers in the world, the estate was the first to import wine from Alsace to the United States when Prohibition was lifted in the 1930s.

Already known for its superior red and white wines, consumer attention quickly turned to Willm's vibrant sparkling wine made from 100% Pinot Blanc grapes. Made using the "methode traditionalle," in which the wine undergoes a secondary fermentation in the bottle, followed by a year of maturation, the wine had a flavor profile much like its more famous cousin, champagne. The result is a lean, lively sparkling wine that flows easily on the palate with flavors of bright lemon zest, a hint of creamy white pear juice and a touch of white flowers and orange blossoms on the nose. Paired with light cheeses, and assorted sushi, it is a perfect appetizer.  Seared scallops, skate or Dover Sole sauteed in brown butter and lemon or a delightful dish of clams linguine with a drizzle of lemon butter sauce gives Willm Cremant d'Alsace Blanc de Blancs an opportunity to shine as a dinner companion. Save a bit for enjoying with dessert, such as classic Creme Brulee' or a scoop of lemon sorbet with assorted cookies left over from the Holidays. Bon Apetit! 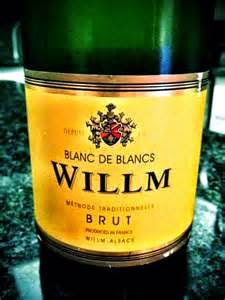 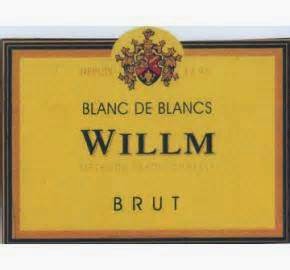 Scenes from the Alsace 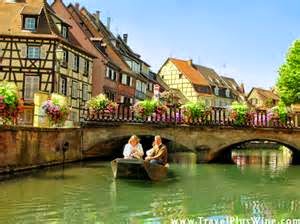 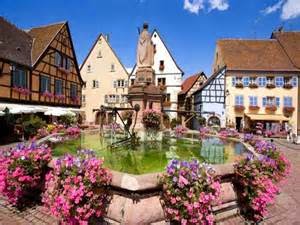 Posted by Dwight the Connoisseur at 5:51 AM