Vinitaly 2014 a vintage year for the industry


VERONA, Italy--Vinitaly 2015 will go down in the record books as the largest in history. With more than 150,000 visitors from 140 countries. The attendance numbers were up 20 percent over last year. More than 2,600 journalists from 46 countries covered the four-day event and, thanks to an increase of 34% in investments dedicated to incoming promotions and cooperation with the Italian Ministry of Economic Development, the Italian Trade Agency-ICE and the Ministry for Agriculture, Food and Forestry Policies, the number of foreign buyers also increased, according to Ettore Riello, President of Veronafiere,  the exhibition site of Vinitaly.

Visitors from the Far East and Mexico also grew this year, with new entries from Africa, particularly Cameroon and Mozambique, among new guests at Vinitaly. North Africa even performed well with Egypt rebounding with a strong presence. Tunisia and Morocco also made impressive showings for both wine and food at Sol and Agrifood, the showcase for food products, olive oil and wine.

The U.S. and Canada account for 20 per cent of international visitors, but Germany, Switzerland and Austria, the German speaking countries, dominated with 25 per cent in overall attendance.  The United Kingdom took third place with 10 per cent attendance. France, Japan, China, Hong Kong and Russia rounded out the top eight positions in attendance with European Union countries Poland and Romania rounding out the top 10.

Due to the success of business contacts made at this year's Vinitaly, many high-end private sector companies have already signed three-year renewals for upcoming editions of Vinitaly. There was a festive mood throughout the event with a revived view of optimism for the industry.

Massive pavilions occupying hundreds of square feet of floor space replicated Castellos and Villas of many wine estates. Among the most impressive was the pavilion created by the Prosecco Superiore sparkling wine producers from Conegliano Valdobbiadene, which presented more than 100 sparkling wines and a unique opportunity to taste the wines of 14 smaller producers. A series of intensive tasting seminars, such as  'The ABC of Conegliano Valdobbiadene,' a tutored  tasting and general overview and 'The Rive:expressions of the territory and its biodiversity, '  also explored the unique terroir of Prosecco Superiore and the meticulous production methods that make this one of the most delicate and flavorful sparkling wines of the world. Prosecco Superiore  is quickly gaining world dominance in this beverage sector.

Banfi presented one of the most impressive pavilions with a massive booth that replicated Castello Banfi. A commanding view of the convention floor added to the heightened sense of drama surrounding the tasting of its latest releases of high-end 'Premier Cru' level wines under the skillful tutelage of Lars Leicht, head of Banfi's Cru Artisan portfolio and Castello Banfi's Montalcino-Italia Ambassador Luciano Castiello.

Cantine Ferrari of Trentino presented its magnificent Perle sparkling wine, which  a classic example of the methodo traditionale, a complexity of taste and refinement of texture to rival that of the finest Champagne. Ferrari Chairman Matteo Lunelli and Marketing and Finance Director Alessandro Lunelli on hand to personally present this jewel of a sparkling wine.

Sicily was well represented with a dazzling array of new vintages from Donnafugata. Owner and production manager Antonio Rallo and co-owner and  Chief Operating Officer Jose Rallo and their father, Giacomo, who co-founded the winery with his wife, Gabriella, a visionary woman in the Italian wine industry, personally pouring their new releases.

Arnaldo Caprai celebrated the wines of Umbria, particularly its signature Montefalco Sagrantino DOCG 2010 "25 Anni" at a wine pairing lunch at Caprai's pop-up restaurant in a huge airstream ooutside the Umbria Pavilion, hosted by winemaker Marco Caprai and featuring award-winning chef and TV personality Gianfranco Vissani. A number of celebrity chefs attending Vinitaly took time from their own appearances to attend the luncheon to honor their friend and colleague. This was just one of the star-studded highlights of Vinitaly 2015 in which the real star was Italian wine itself.

Galas and lavish wine dinners filled the evening hours in villas, restaurants and castles in the misty hills above the beautiful romantic city of Verona with the bas relief of its ancient buildings casting their shadow against the darkening crimson sky of eventide.

The Cena Di Gala (Gala Dinner) at Allegrini Villa Della Torre announced the Italian Signaturre Wines Academy, a major educational and research initiative uniting the efforts of Allegrini, Arnaldo Caprai, Feudi San Gregorio, Fontanafreda, Marchesi De' Frescobaldi, Planeta and Villa Sandi. All of the principals were on hand, as well as their superb wines, which were served at dinner. 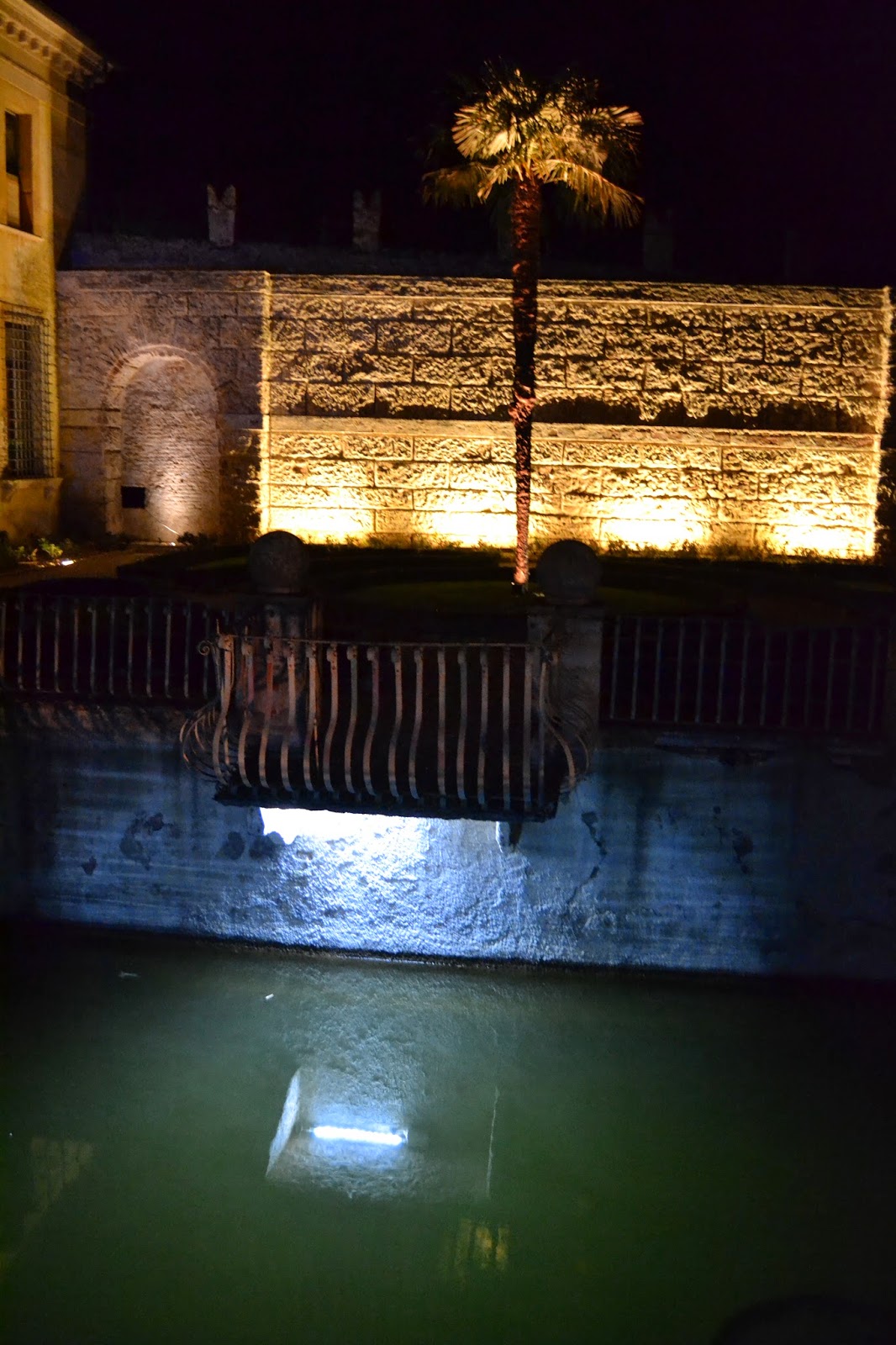 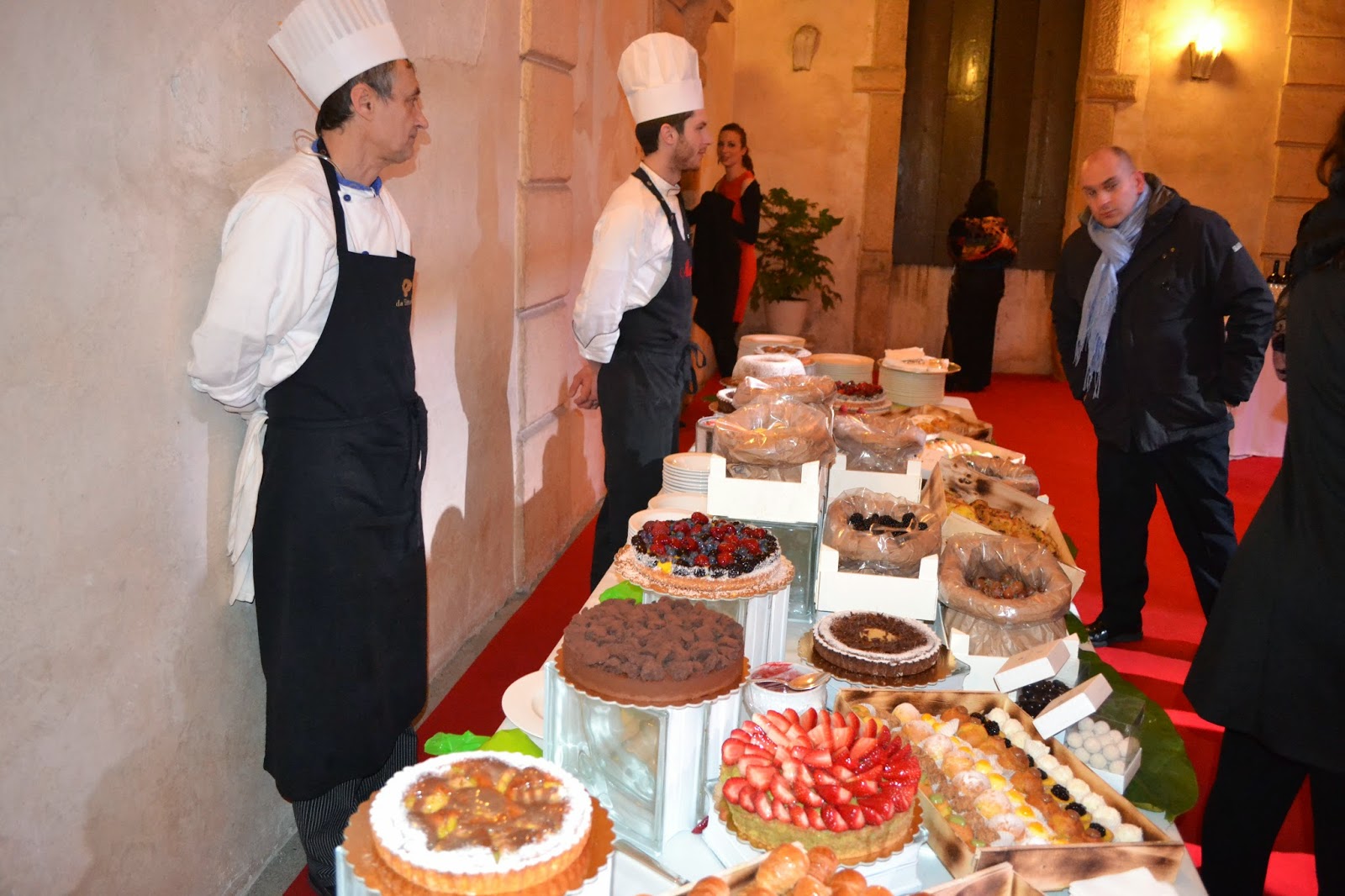 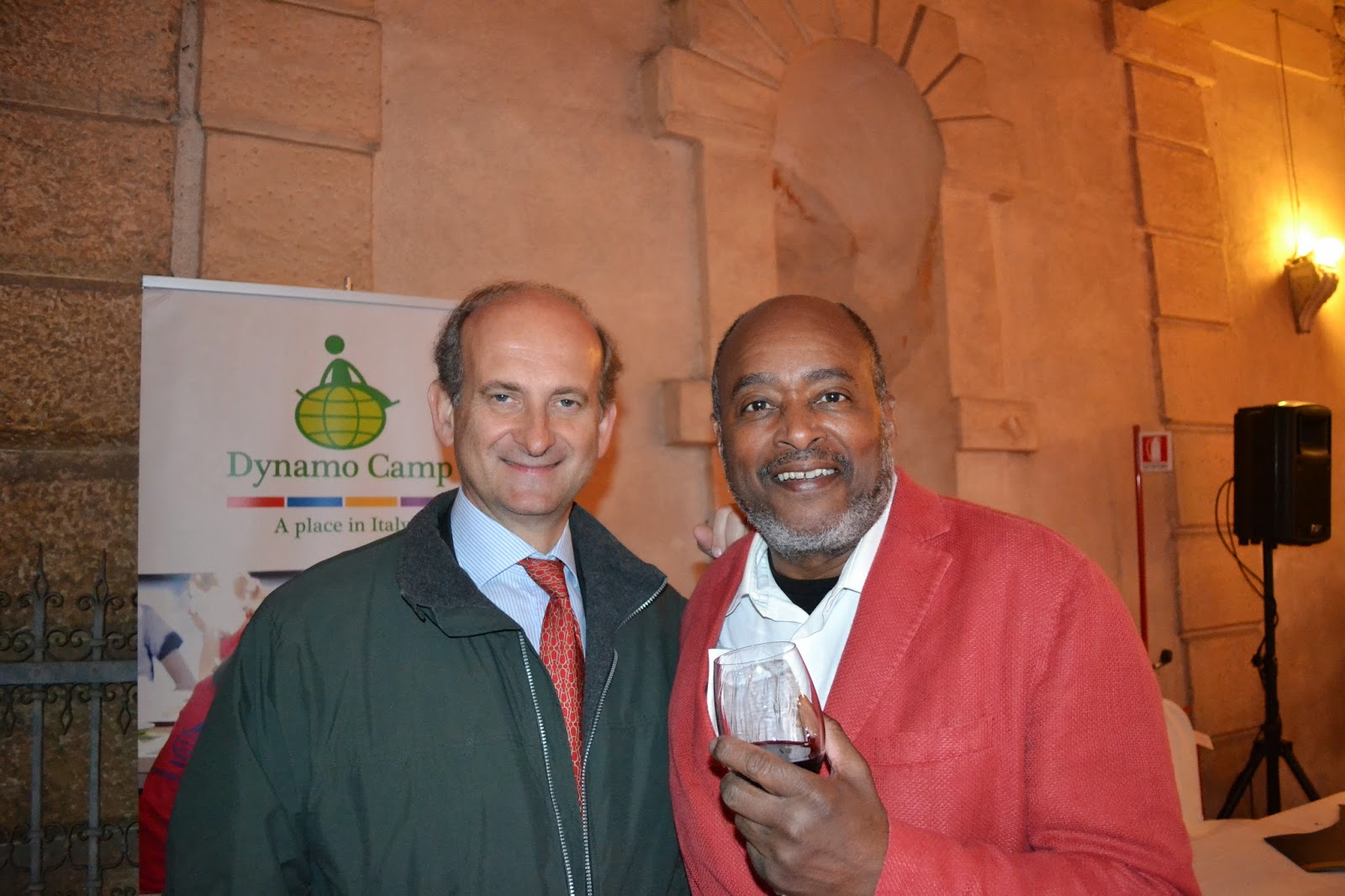 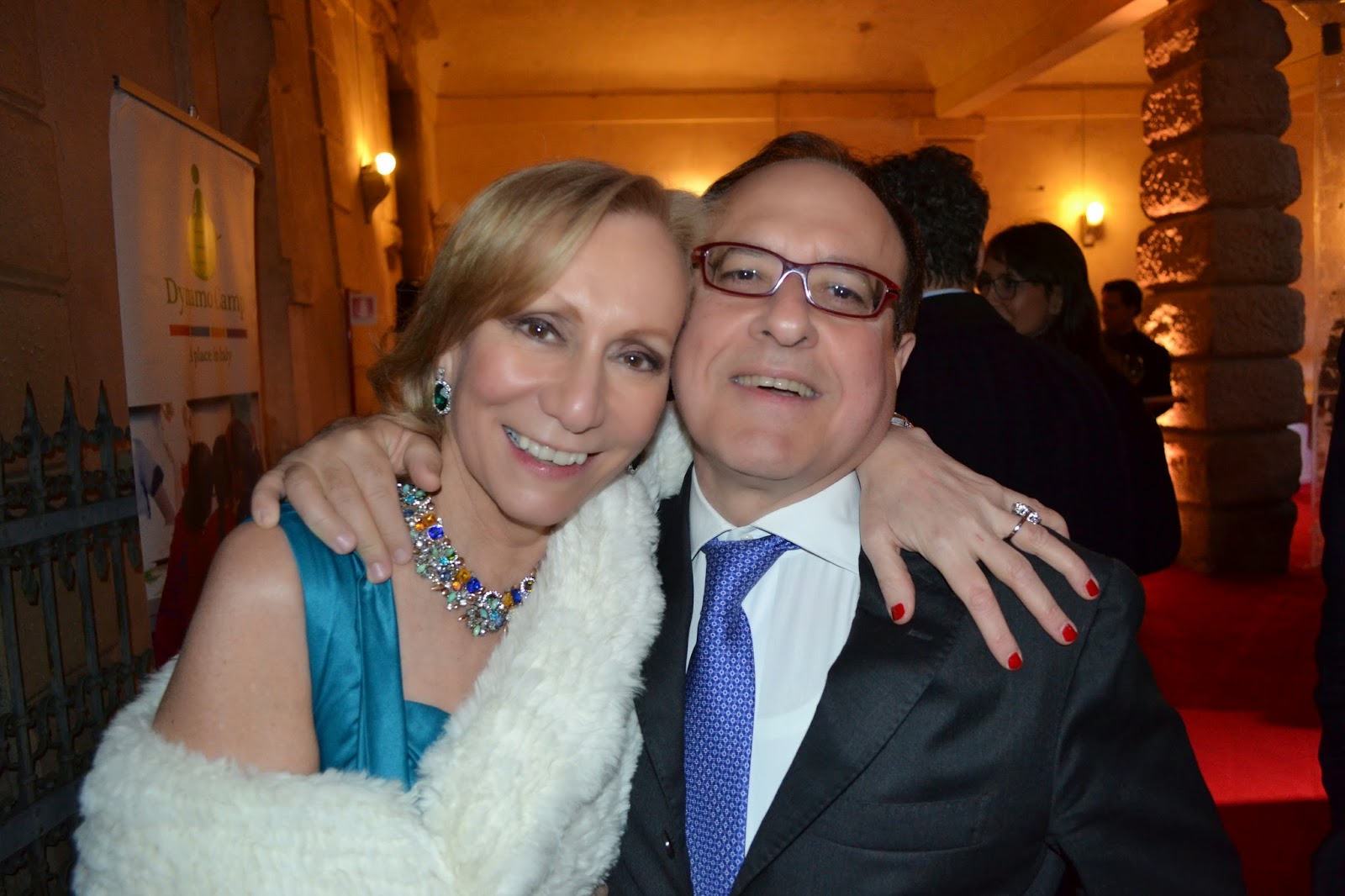 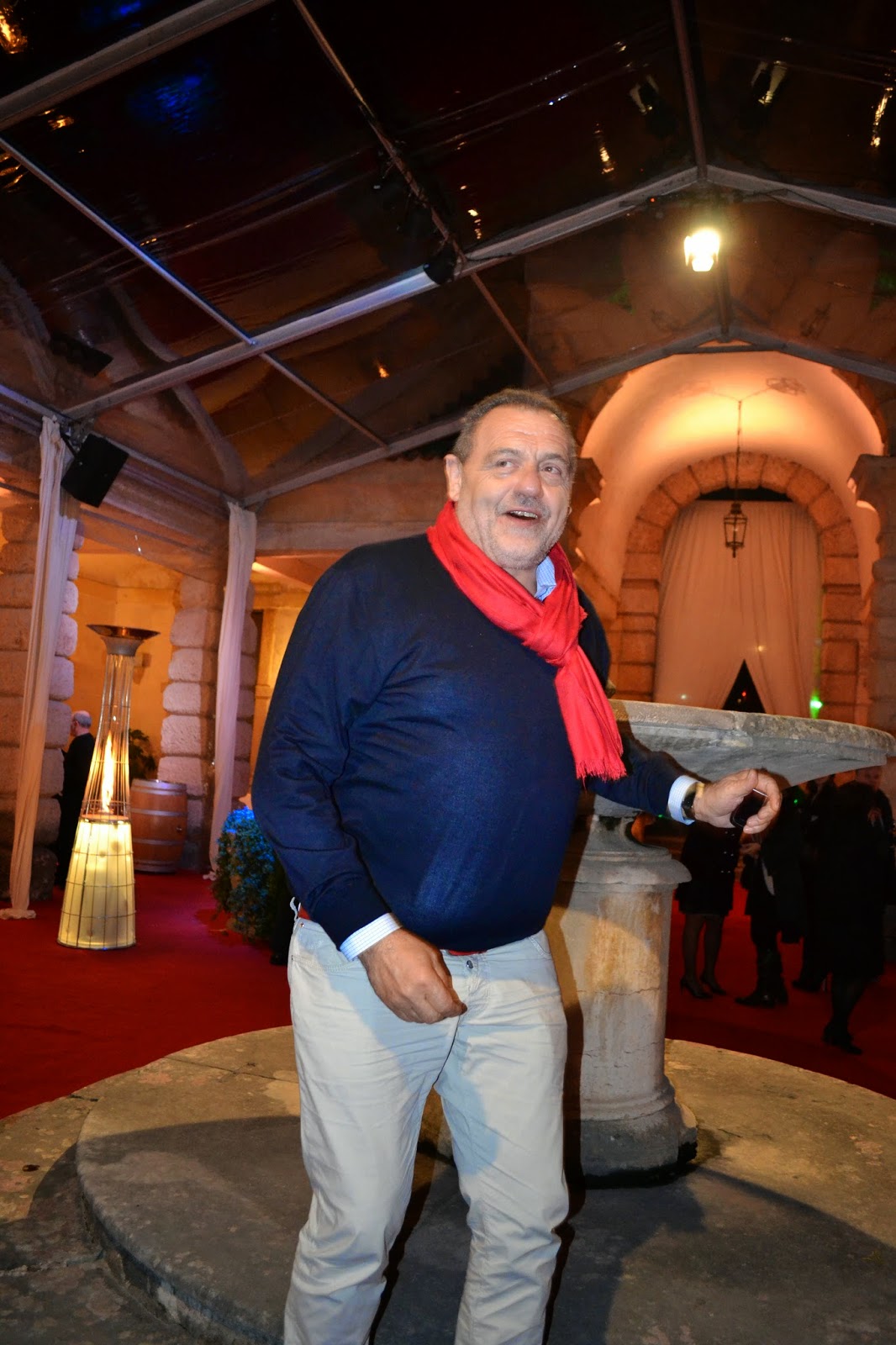 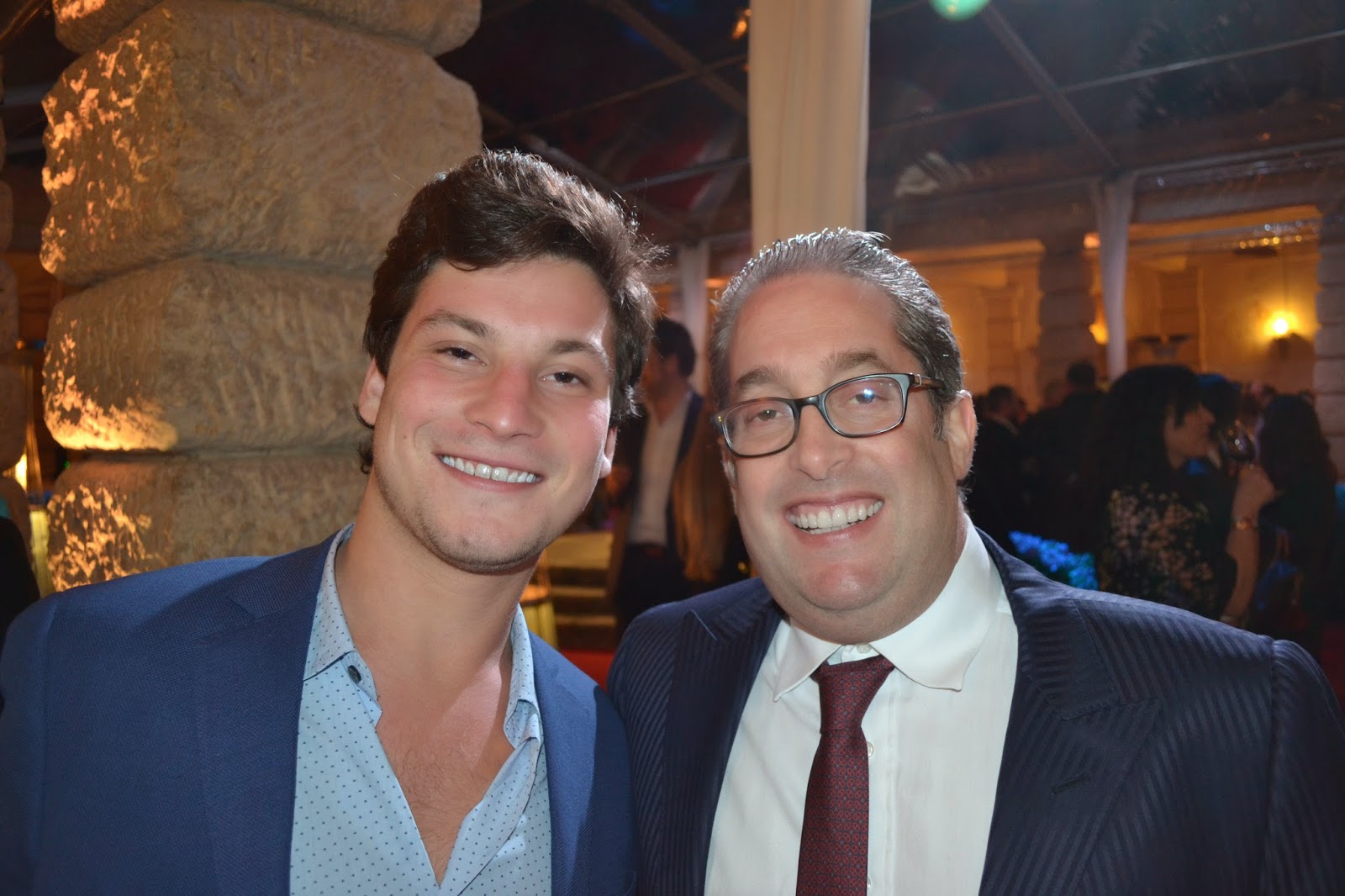 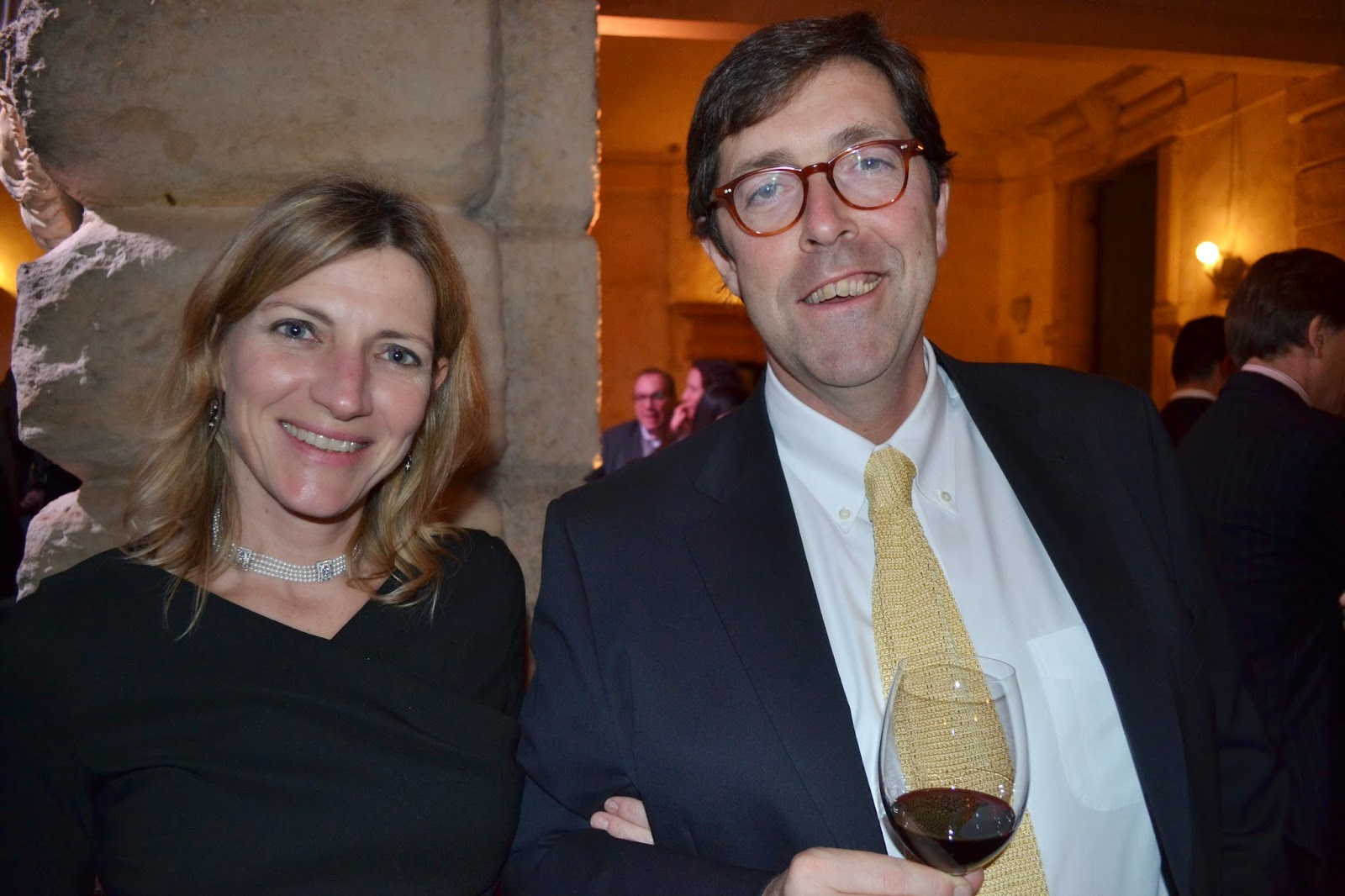 Francesca and Alessio Planeta, owners of Planeta winery in Sicily 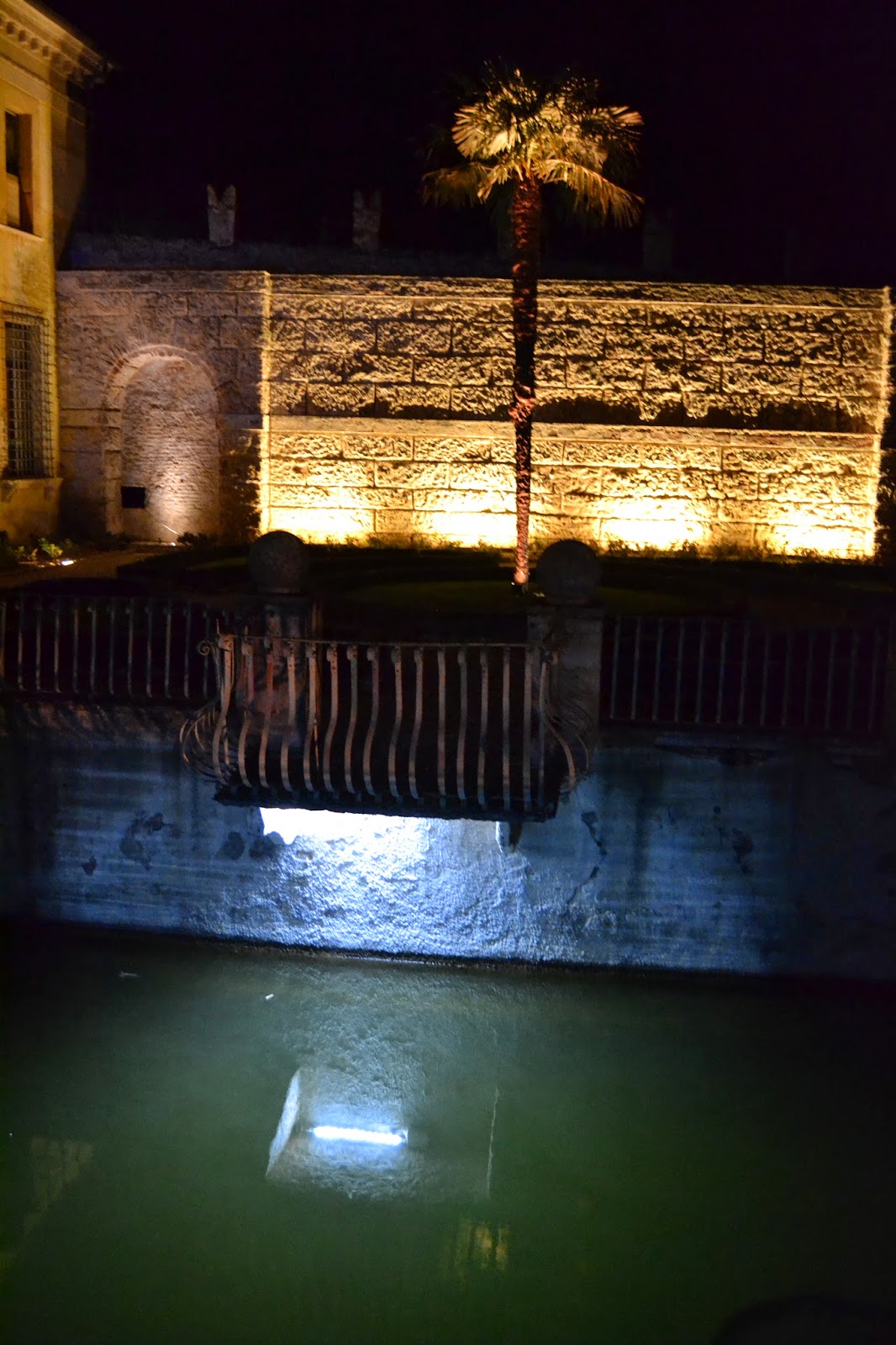 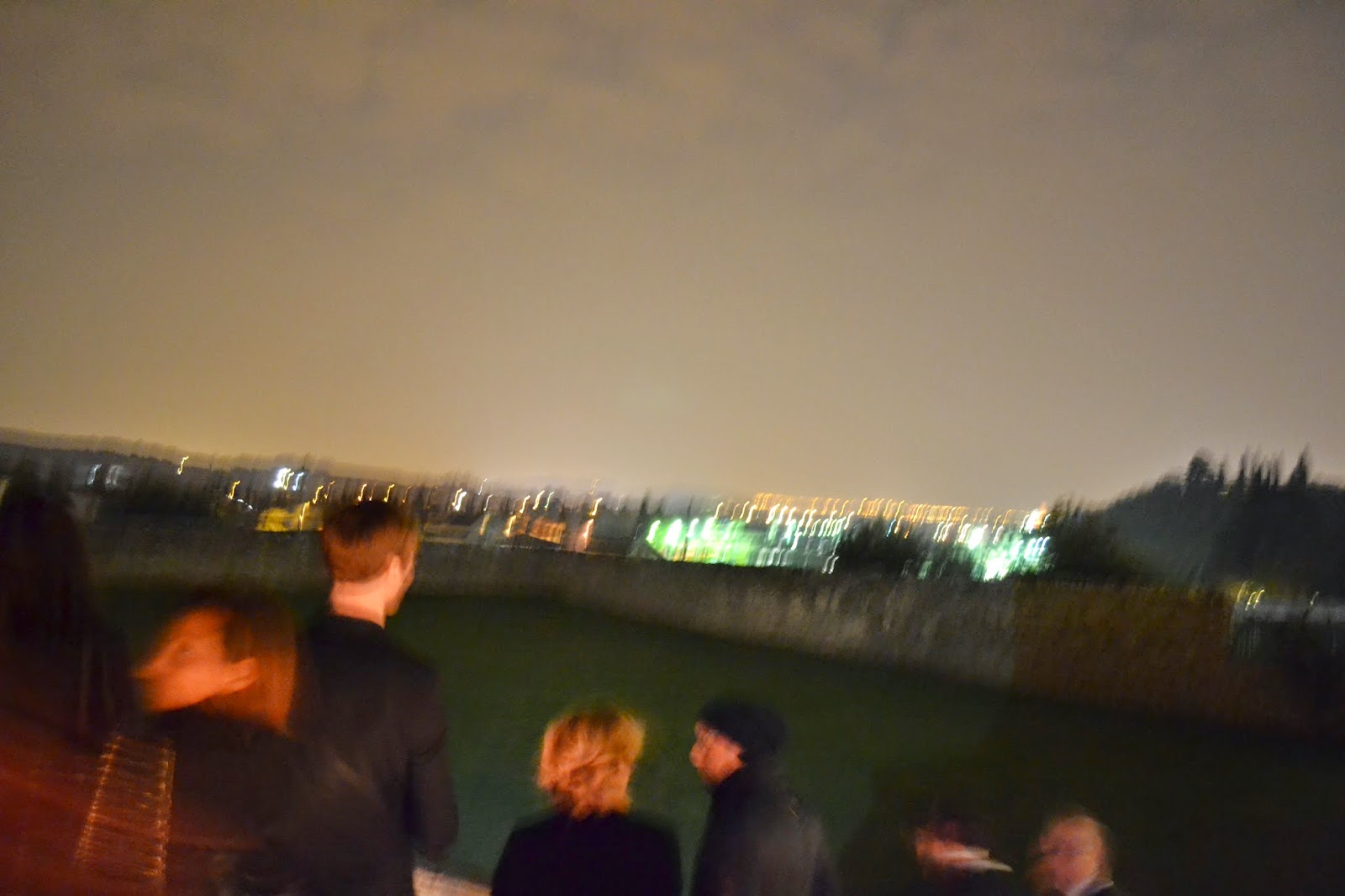 The nighttime view from the bridge at Villa Della Torre
Below: Leonardo Frescobaldi of Marchesi de' Frescobaldi 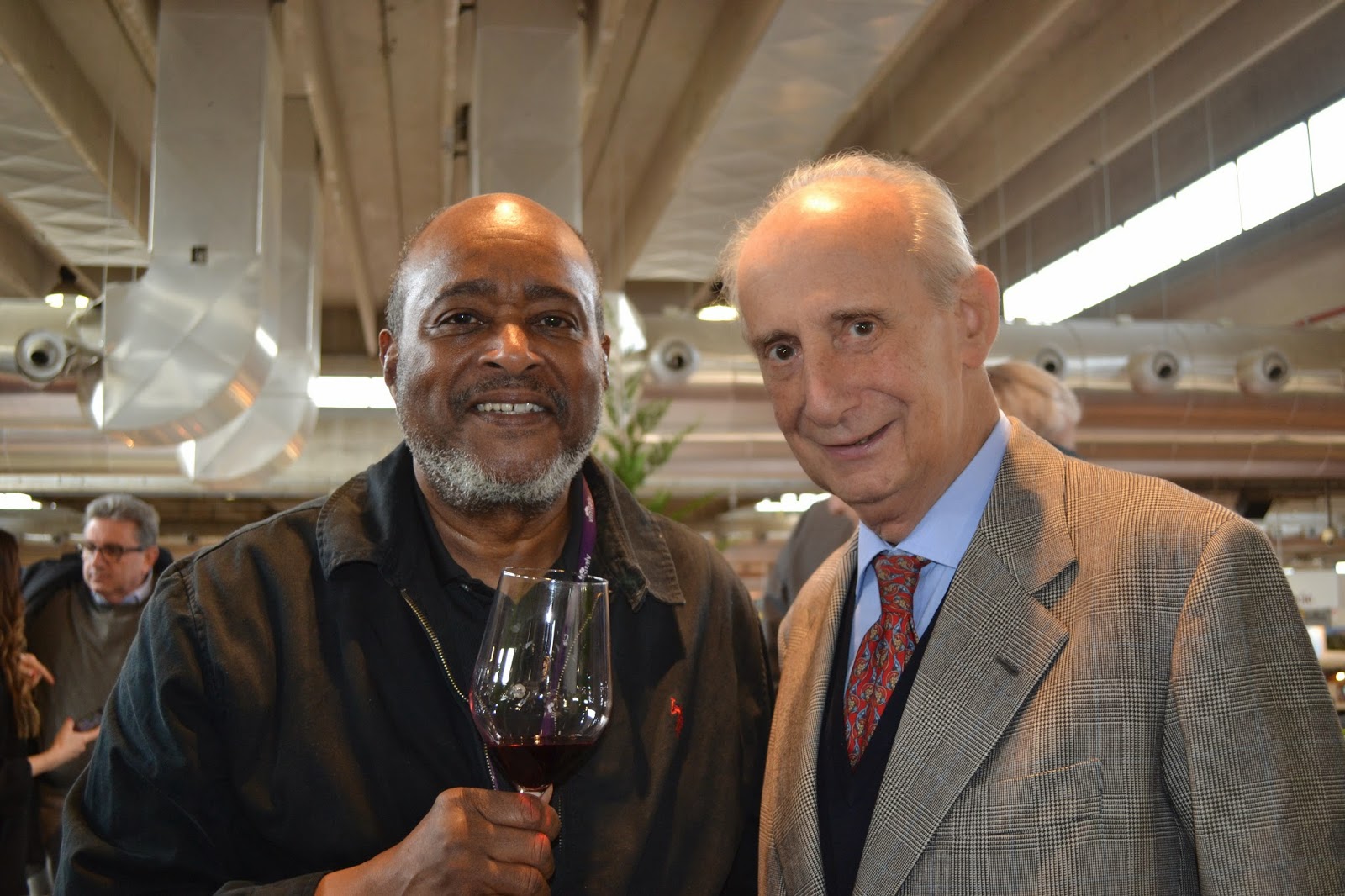 Below: with Lars Leicht of Cru Artisan-Banfi and Banfi co-CEO Cristina Mariani-May 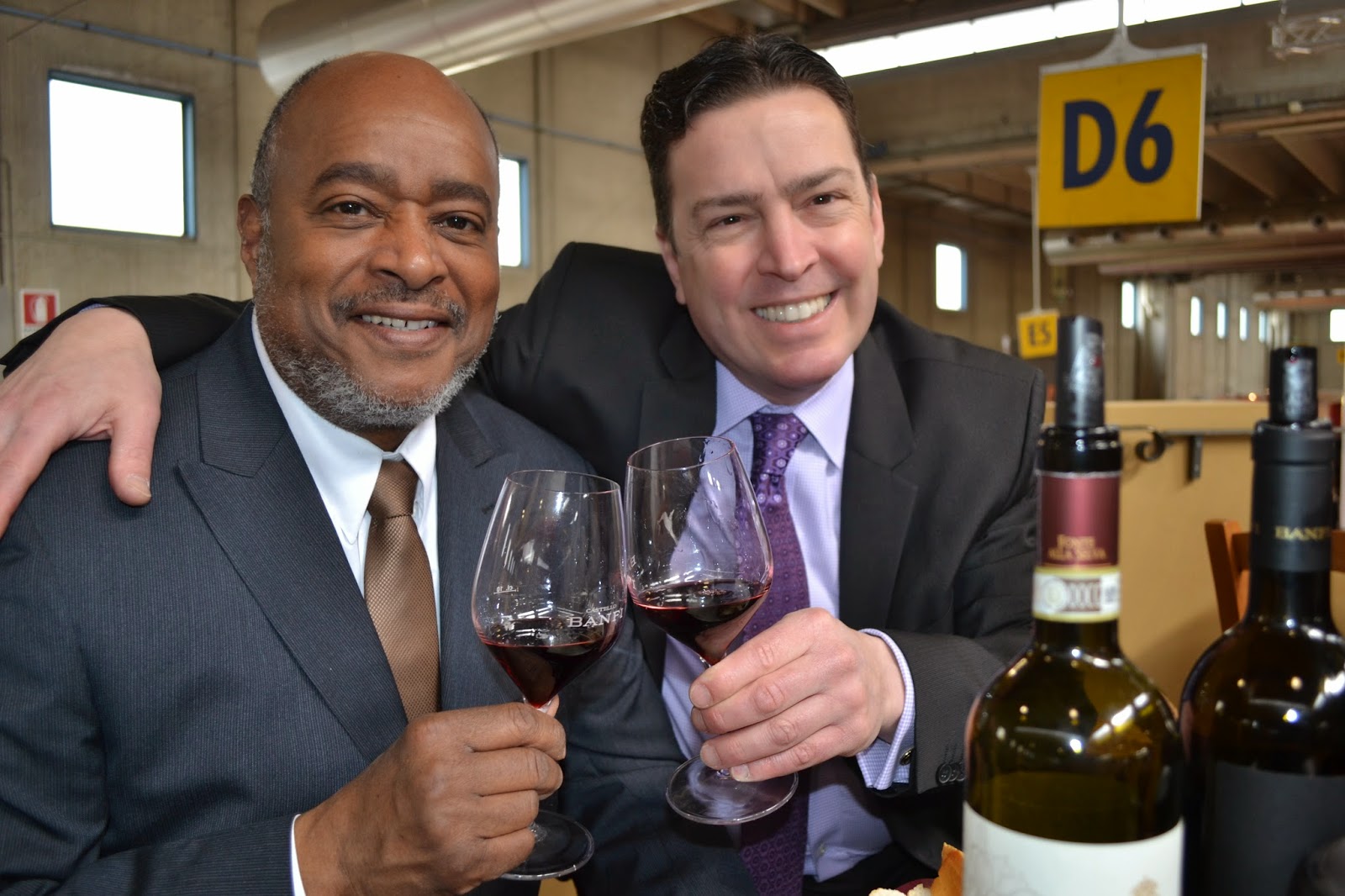 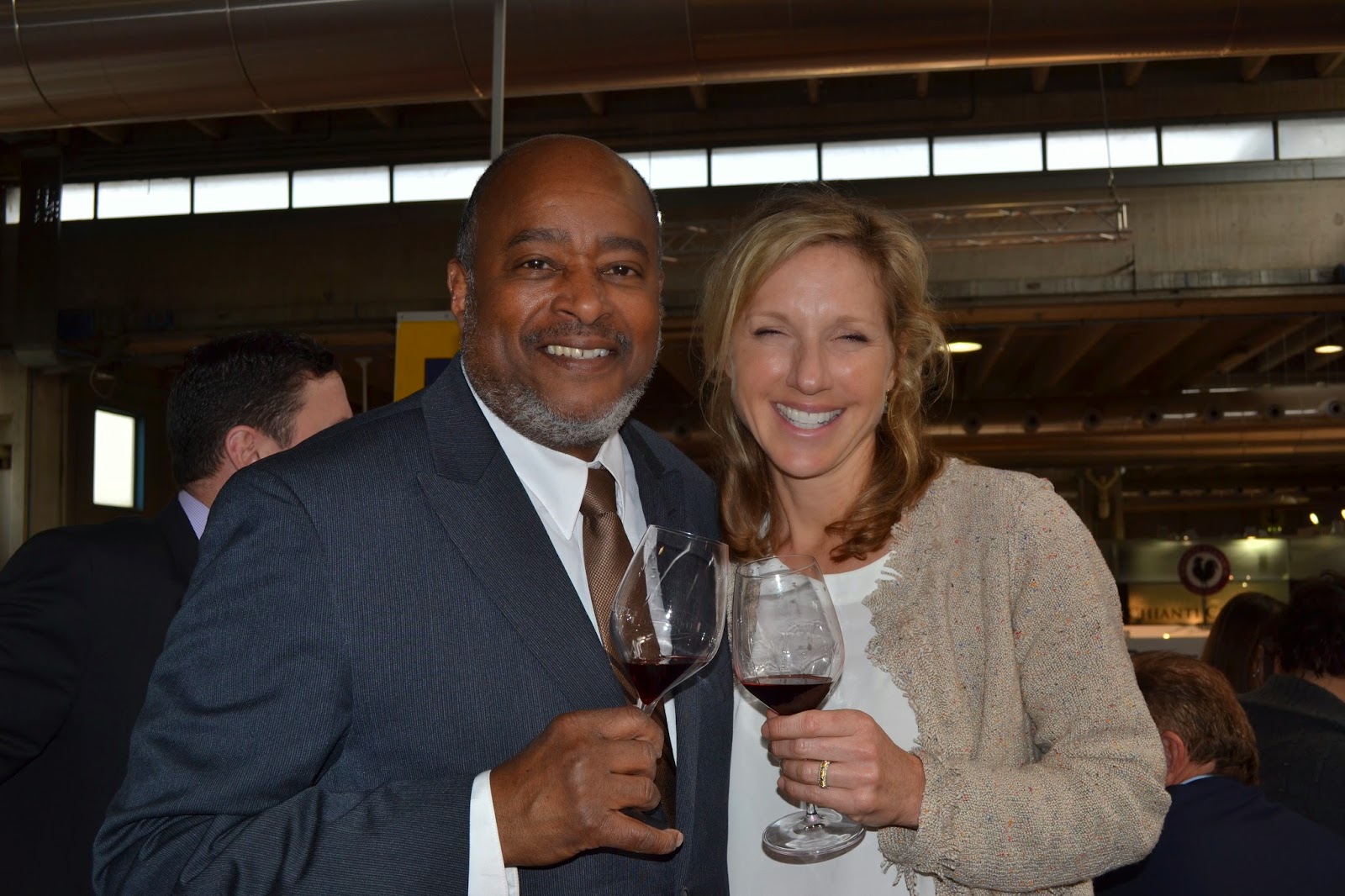 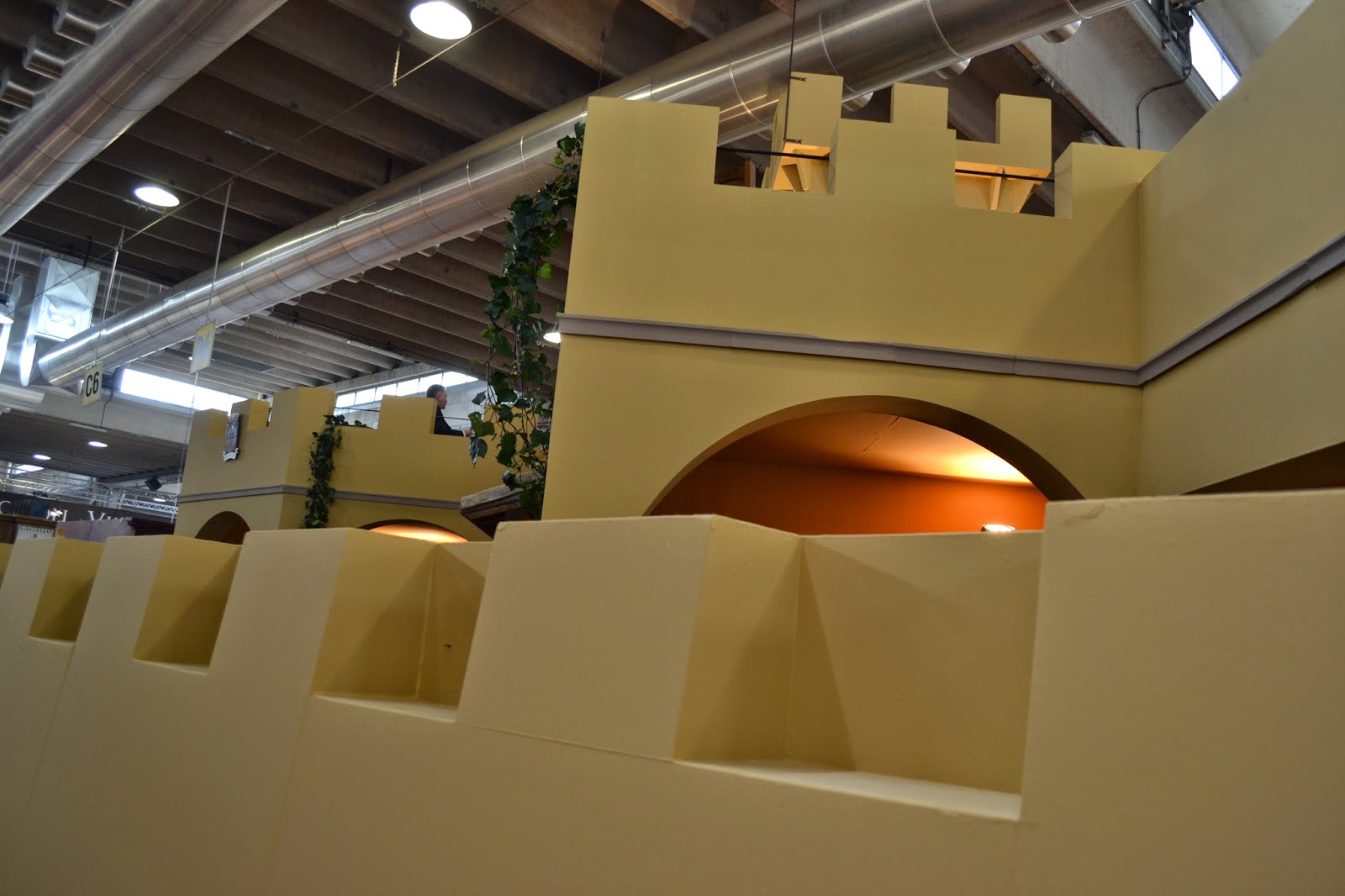 The replica of Castello Banfi at Vinitaly 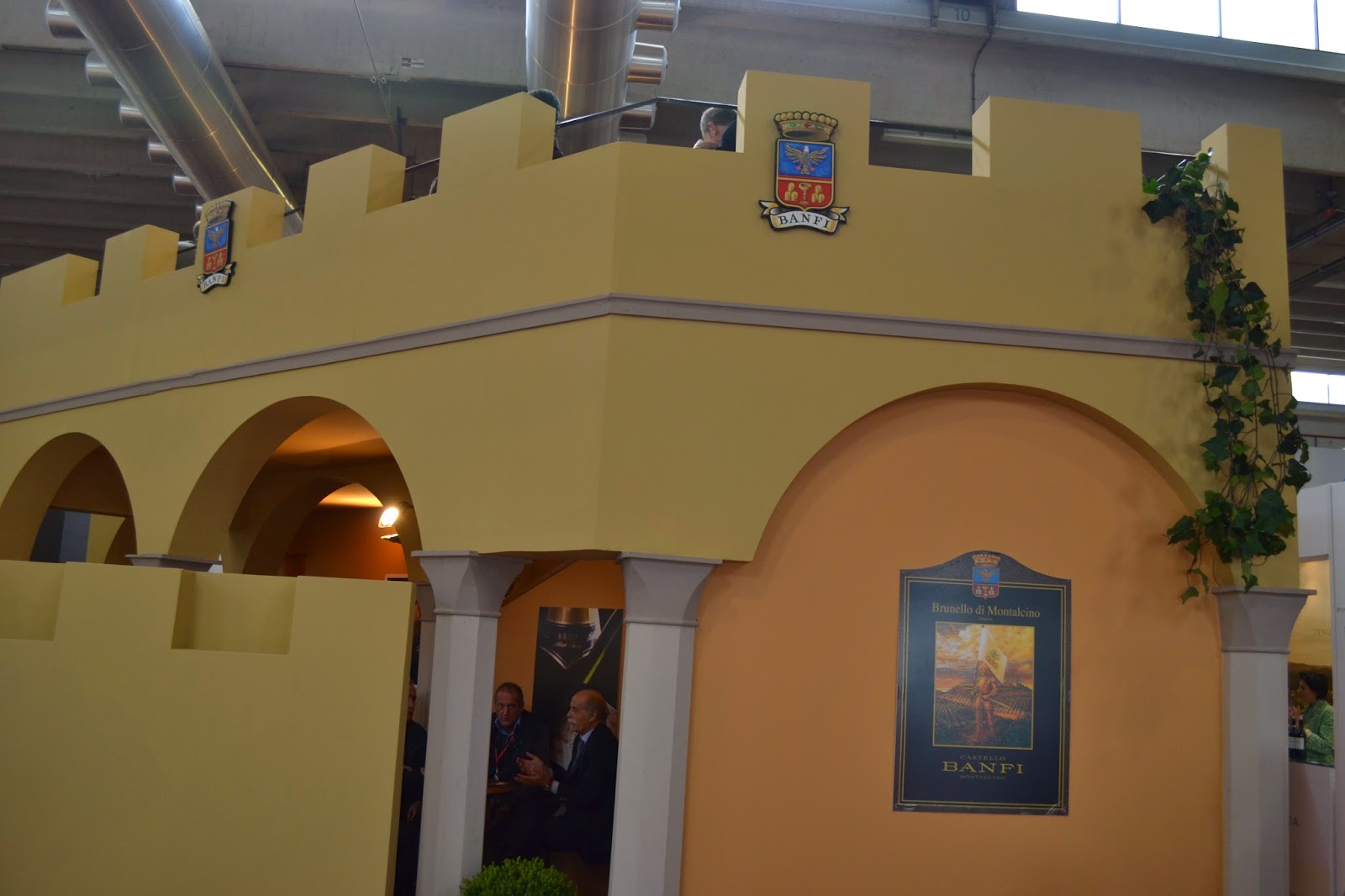 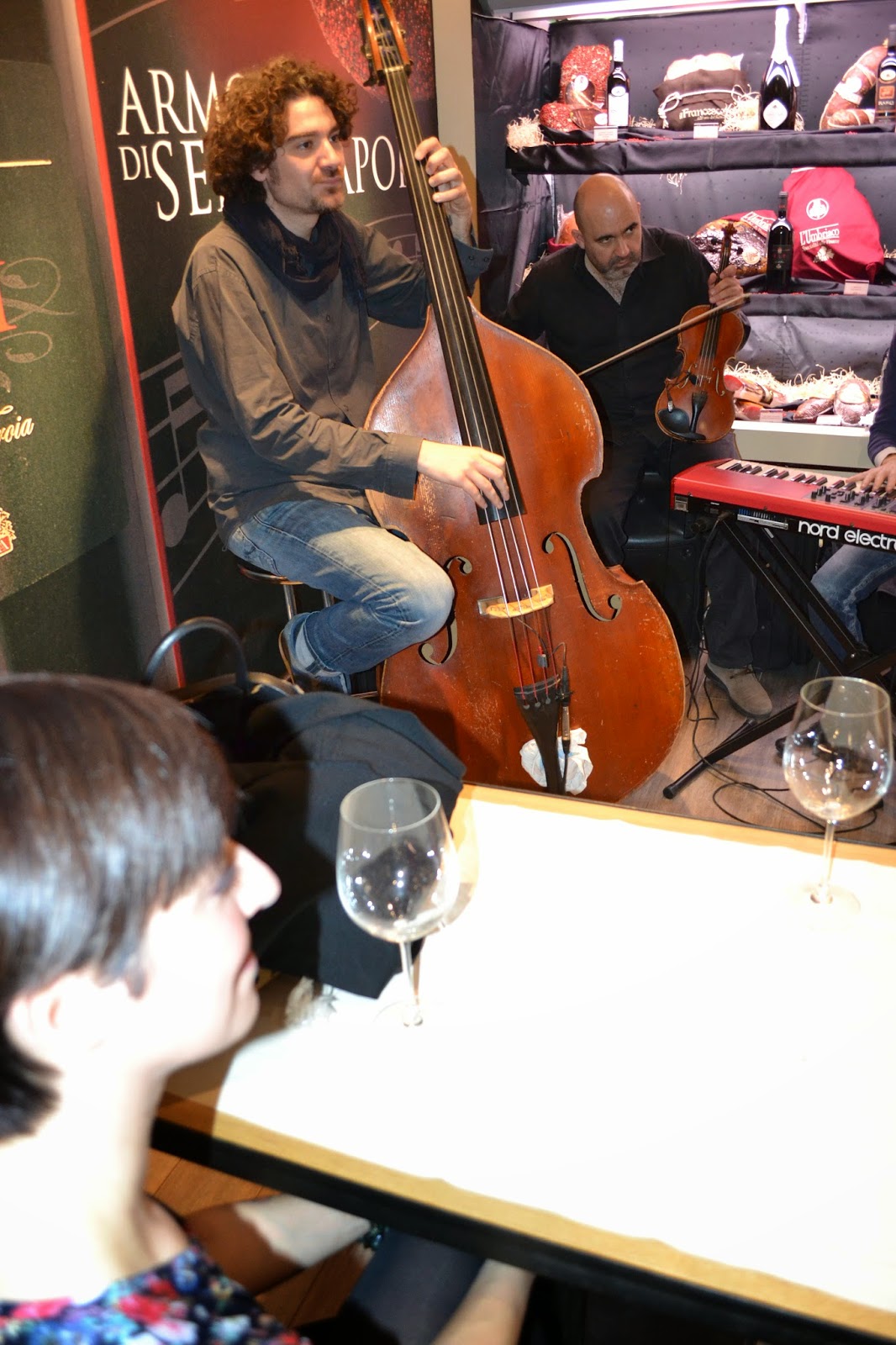 A festive moode prevailed at Vinitaly 2015 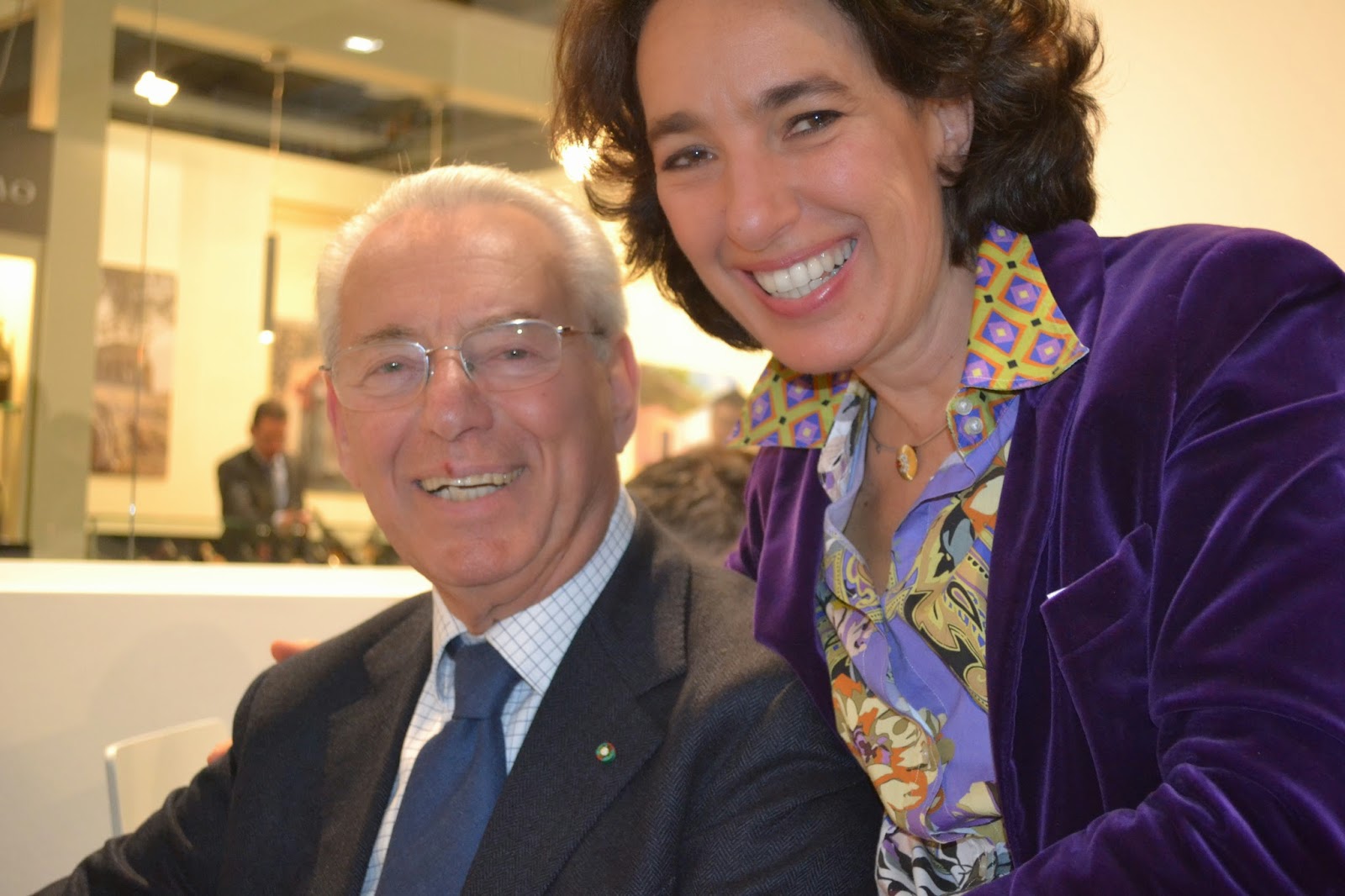 Donnafugata's Jose Rallo with her father Giacomo Rallo
Below: the impressive pavilion for Conegliano Valdobbiadene and Prosecco from the Cartizze district 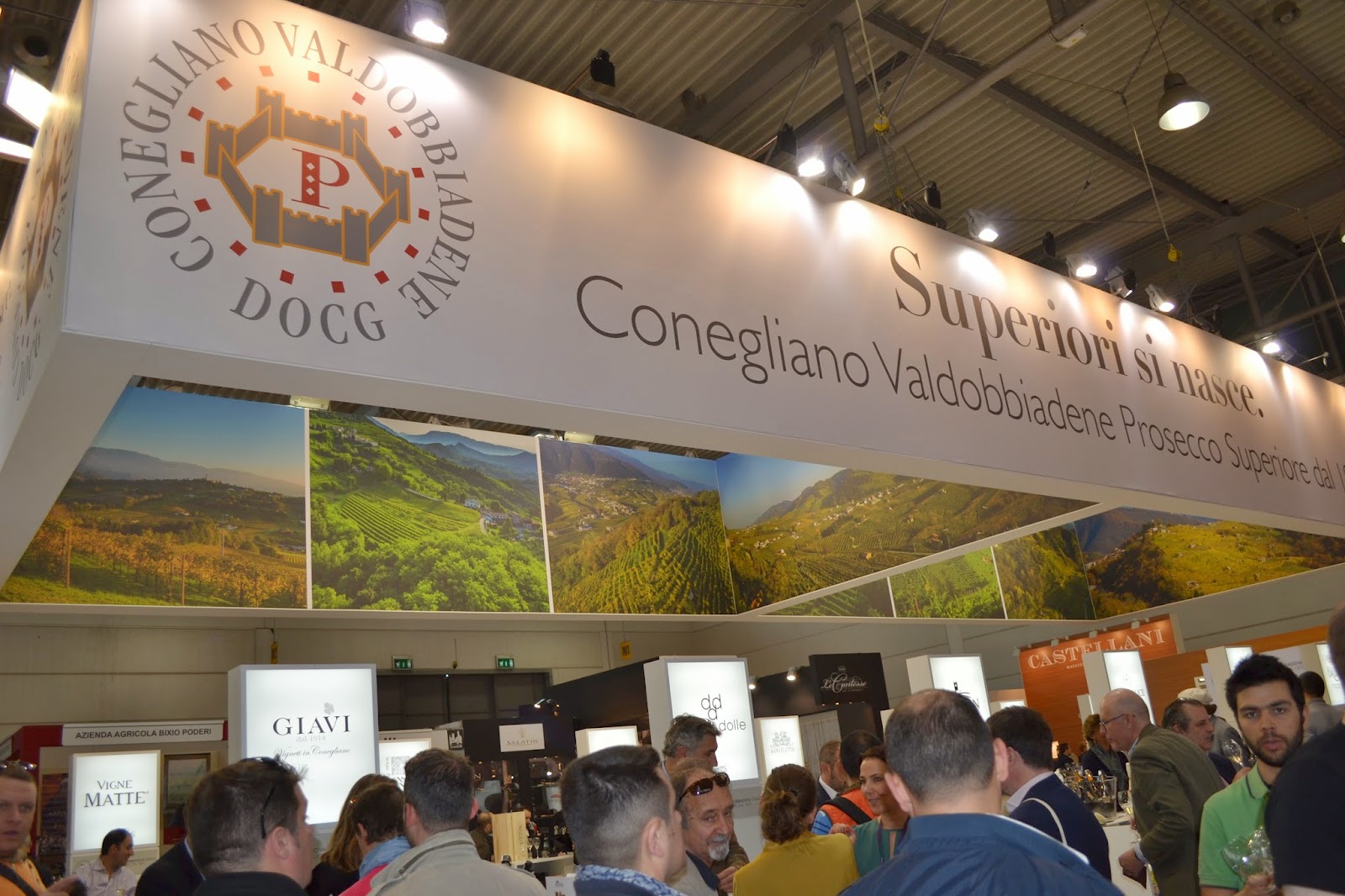 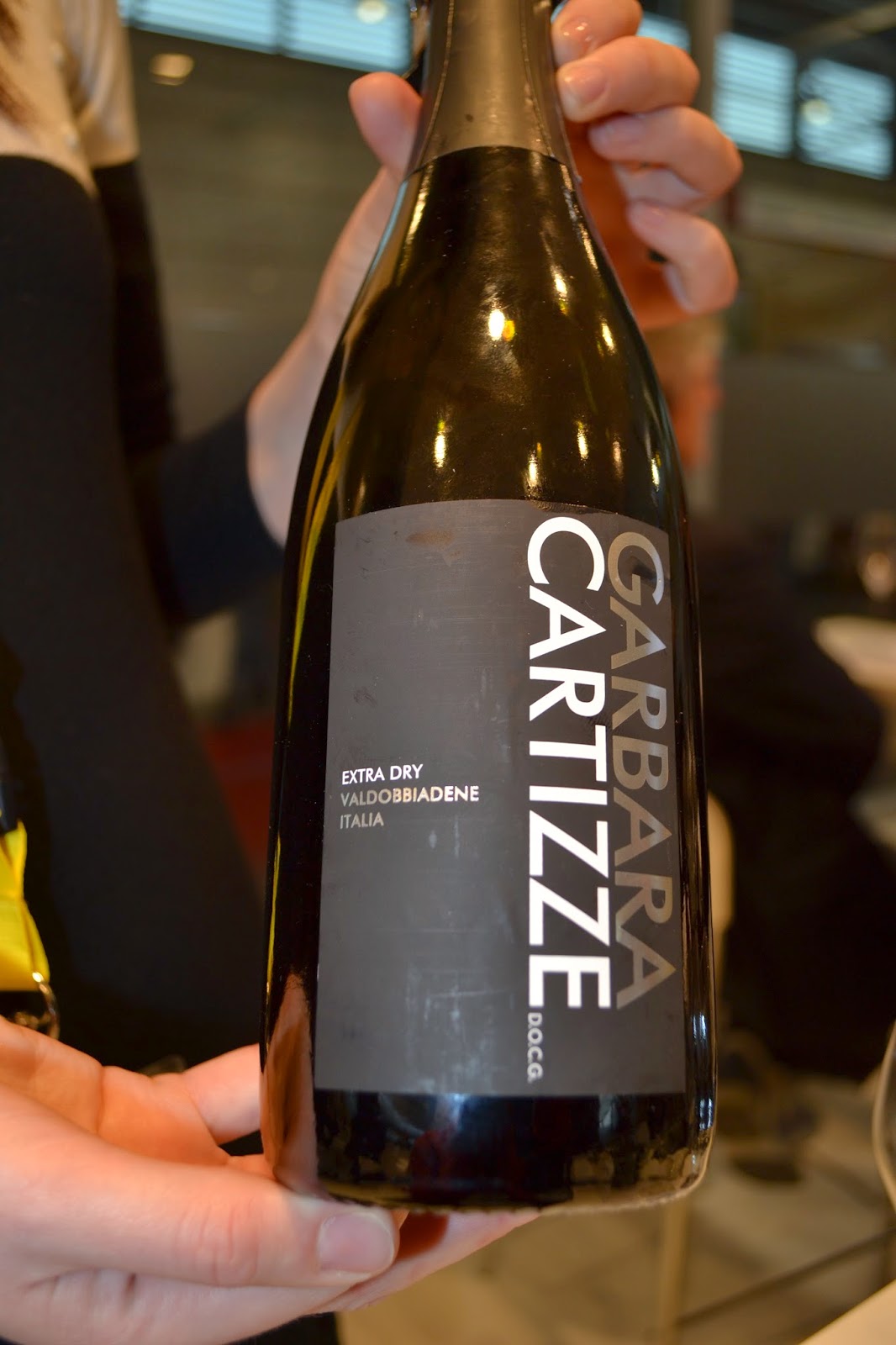 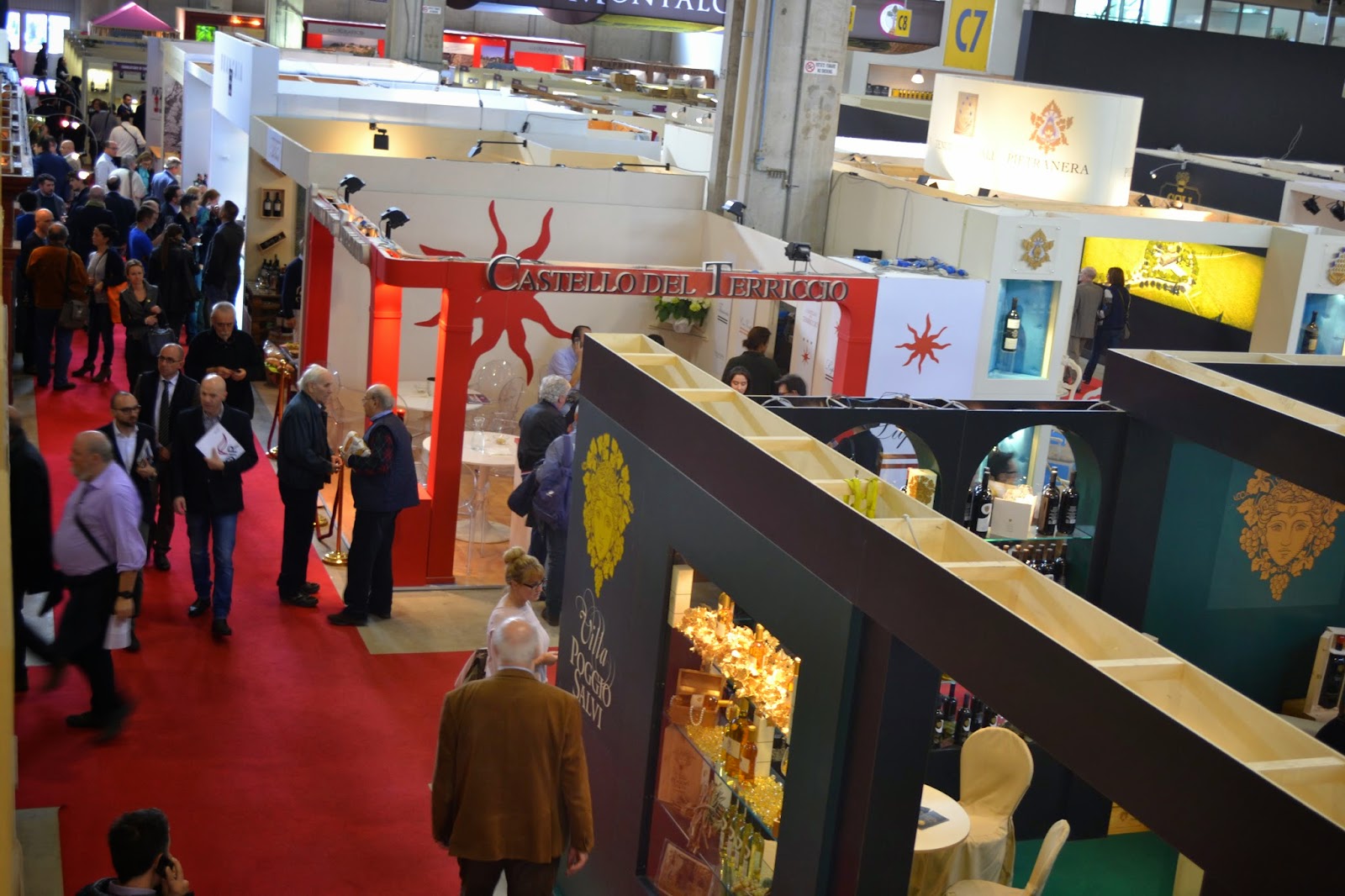 A view from atop the floor of Vinitaly 2015

Posted by Dwight the Connoisseur at 7:35 AM