SAN POLO DI  PIAVE (Treviso), Italy--Luca Ortoncelli speaks with the enthusiasm of the father of a newborn. His Ca' Di Rajo winery located in the Piave river valley near Venice in northern Italy, is set to embark upon a new marketing relationship that will  bring his wines to the finest restaurants and wine shops in Chicago and beyond.

Already renowned for its Prosecco Superiore, which comes from the Valdobbiadene in the northern border district of Treviso, Ca' Di Rajo is fast gaining a reputation for its Red wines, particularly Raboso Piave, made from a vine variety that is considered the pride of the eastern part of the Veneto. But it is Prosecco that has given Ca' Di Rajo its fame and its latest endeavor will set the wine world on its ear. It's called Epsilon. The fifth letter of the Greek alphabet, it is a word that evokes mystery.

In June, Ca' Di Rajo will arrive in Chicago for the kick-off of a national tour promoting its new line of sparkling wines that will feature a unique packaging that will attract the eye and act as an invtitation to the delightful sparkling wine inside. Designed to attract a wider audience among millennials, the wines are entitled Epsilon. It comes in three varieties,  Pink, White and Gold, each with a distinctive flavor profile. The wine inside is Prosecco, the sparkling liquid gold of the north. Luca Ortoncelli best described the wine in his own poetic words.

"The man who made this wine, you can tell that wine is in his heart." The wines will sell for about $24 and offer flavor profiles of Brut (bone dry), Extra Dry (slightly sweet) and a Rose' colored wine called Epsilon Pink, which is semi-sweet in taste. "The wines are terrific as party wines to drink alone, but they also go with food. Summer salads, seafood, especially oysters and soft, ripe cheeses and creamy desserts." The attractive packaging will also make the wines an exciting offering for bottle service in clubs and restaurants. "That's where we expect to get a lot of attention. When people see this bottle, they think of fashion and luxury. Yet, its an afforadable luxury that anyone can enjoy." 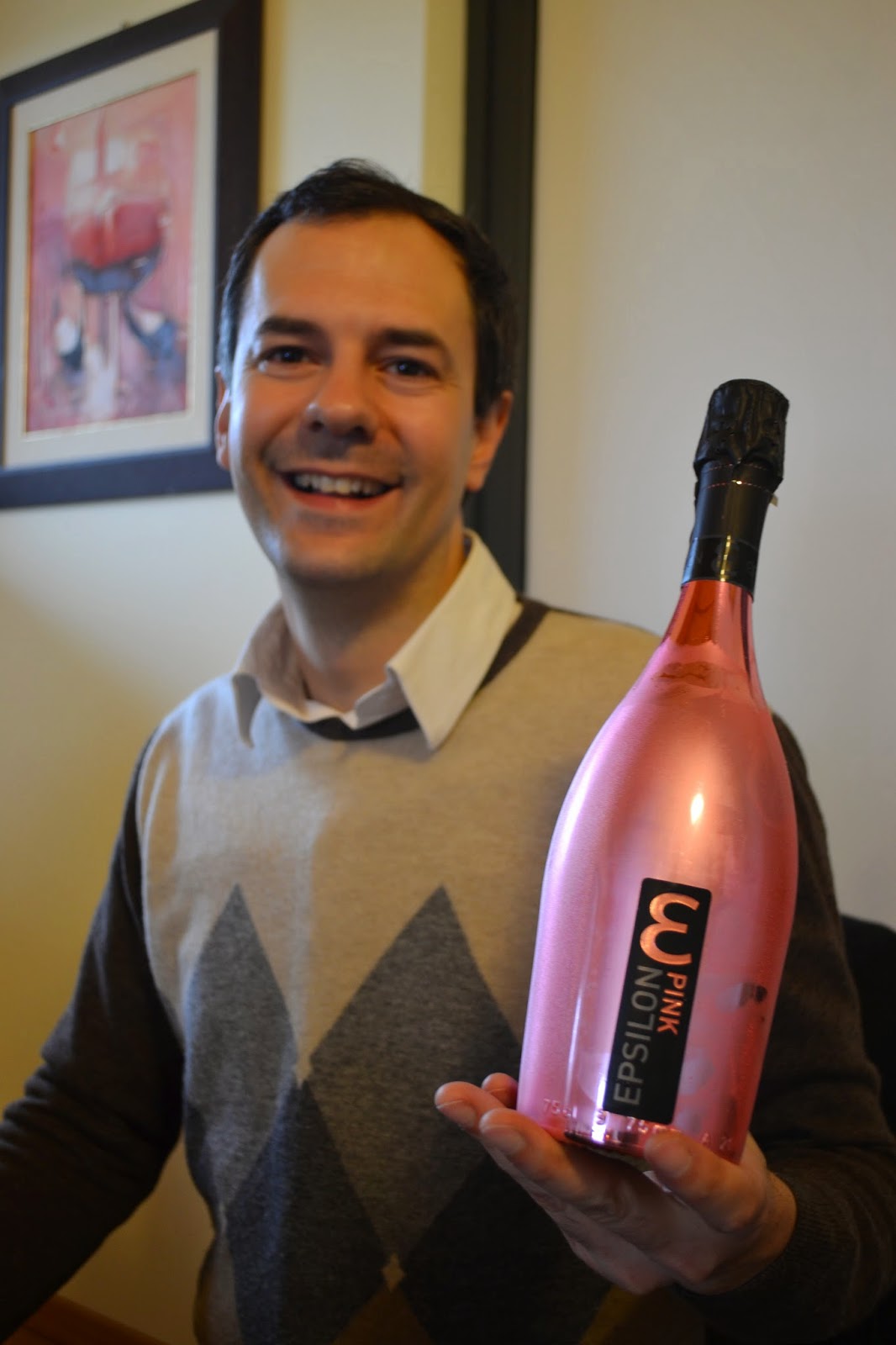 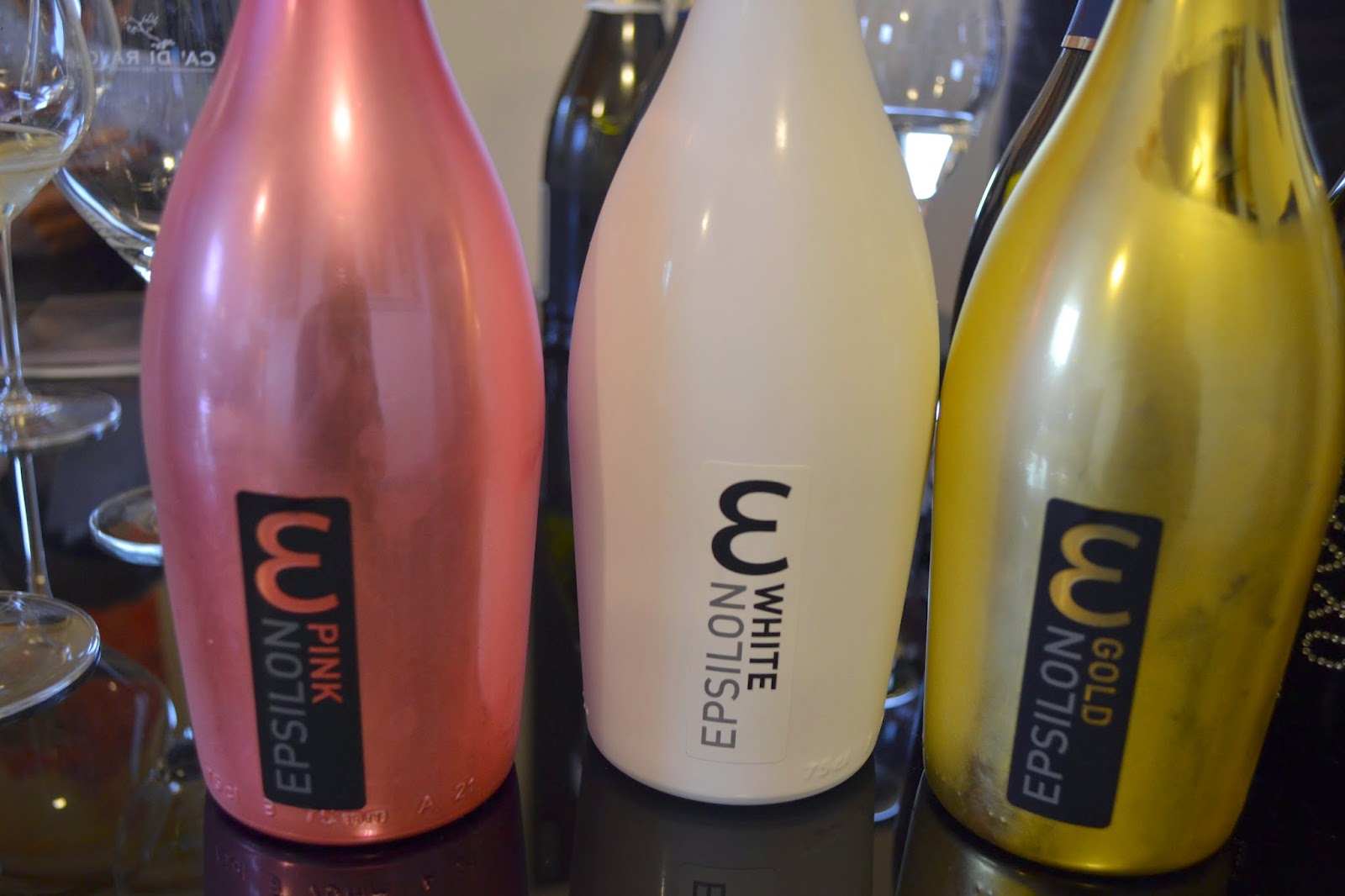 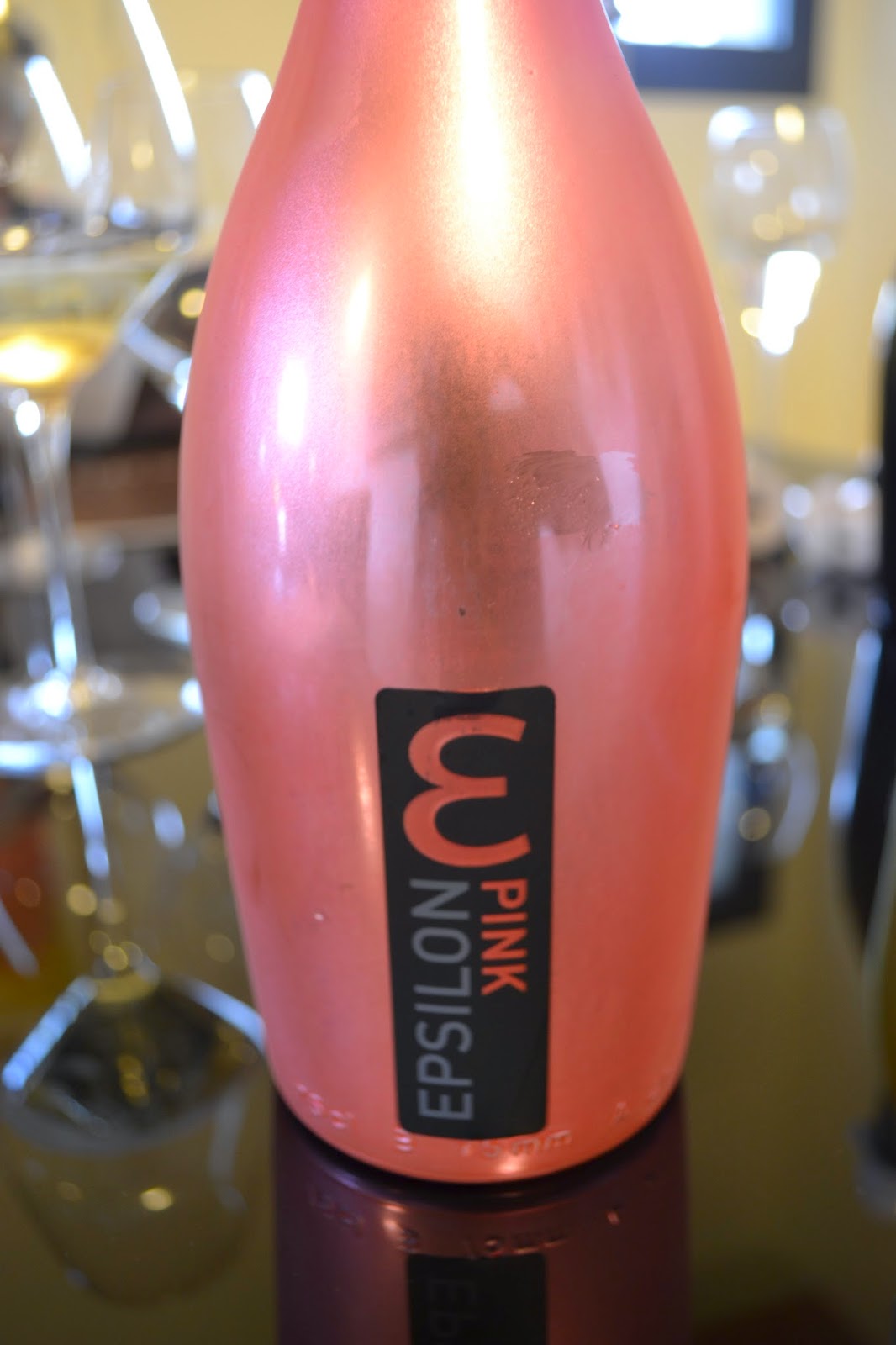 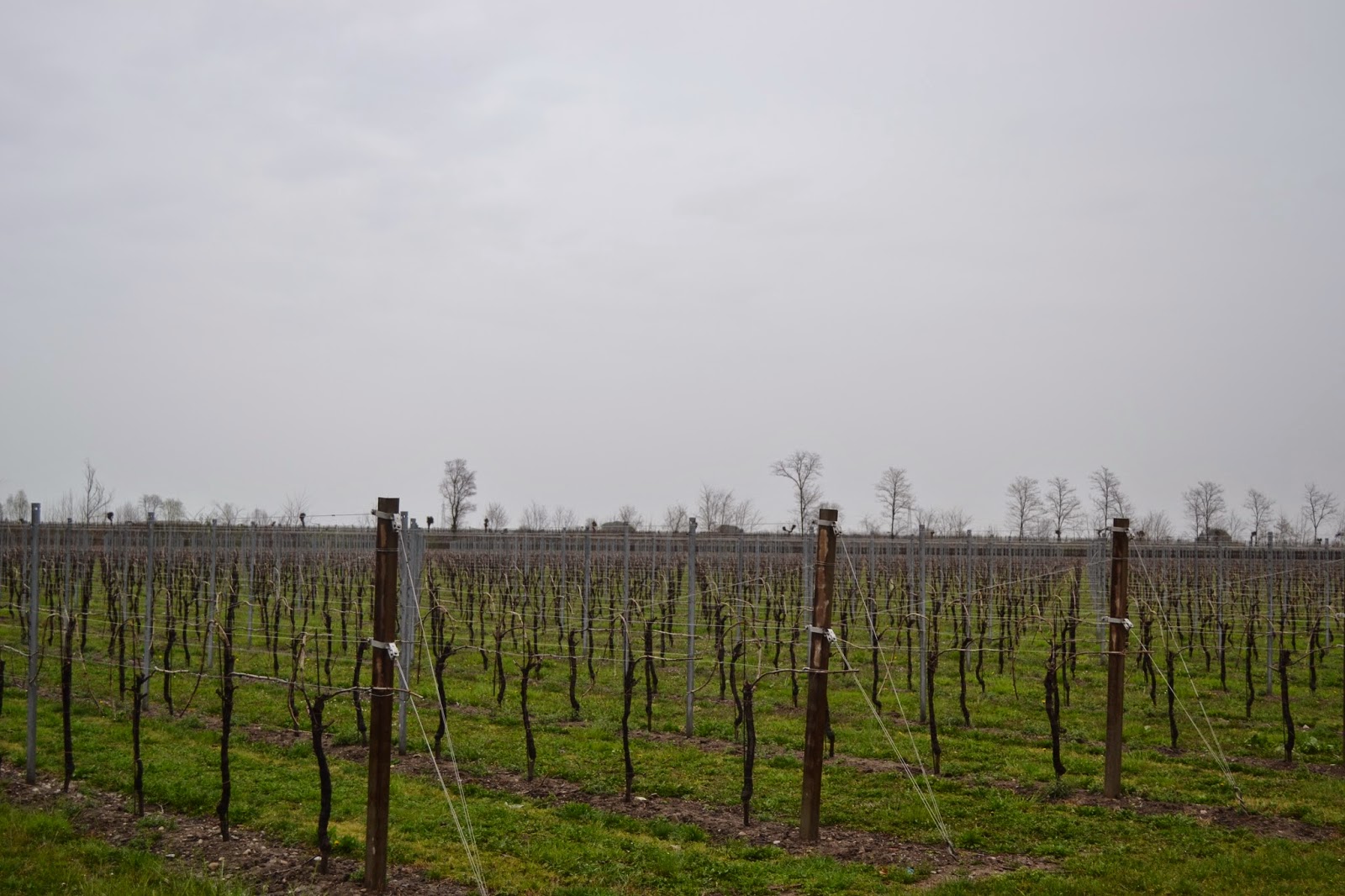 The vineyards at Ca' Di Rajo 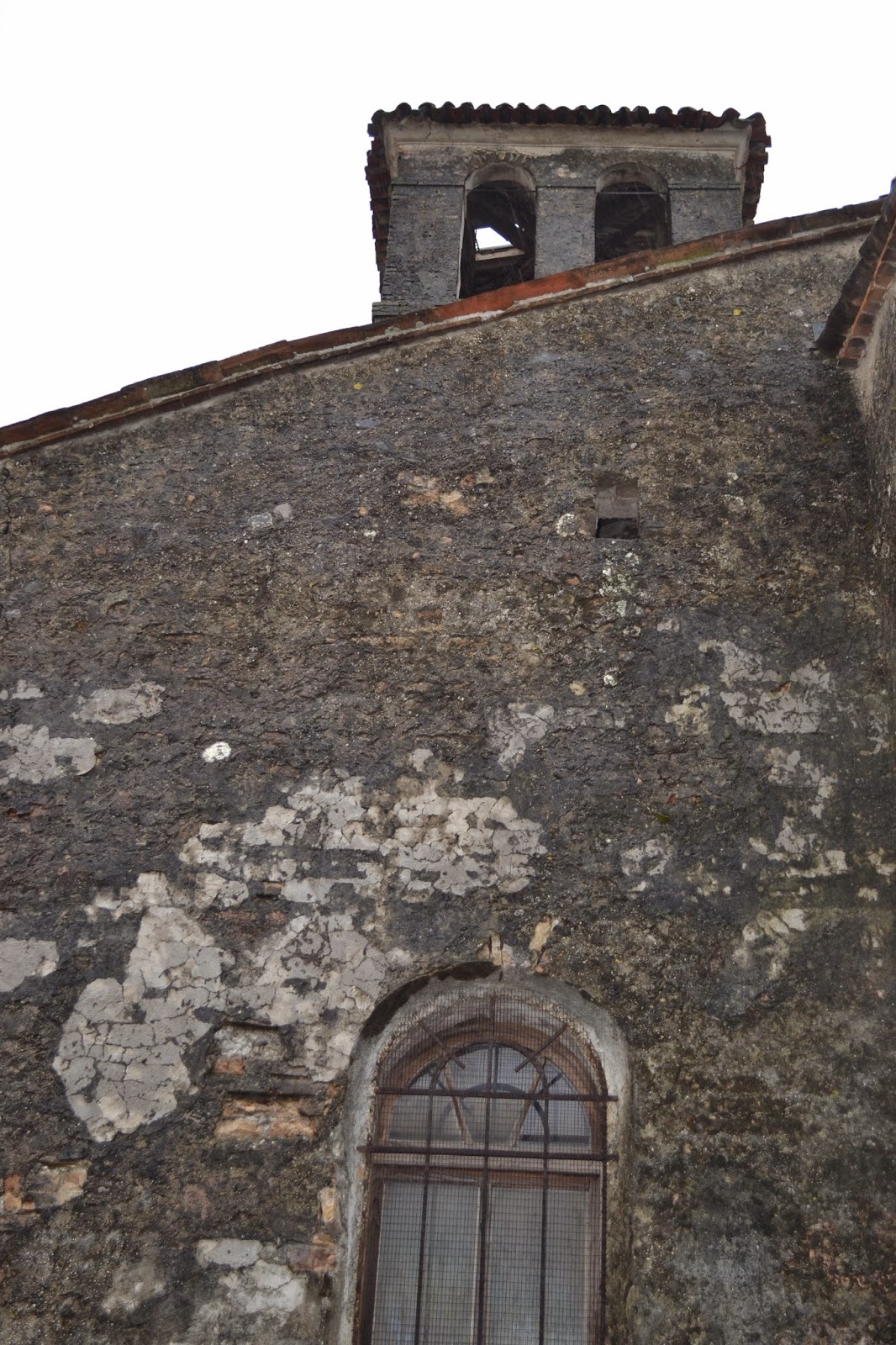 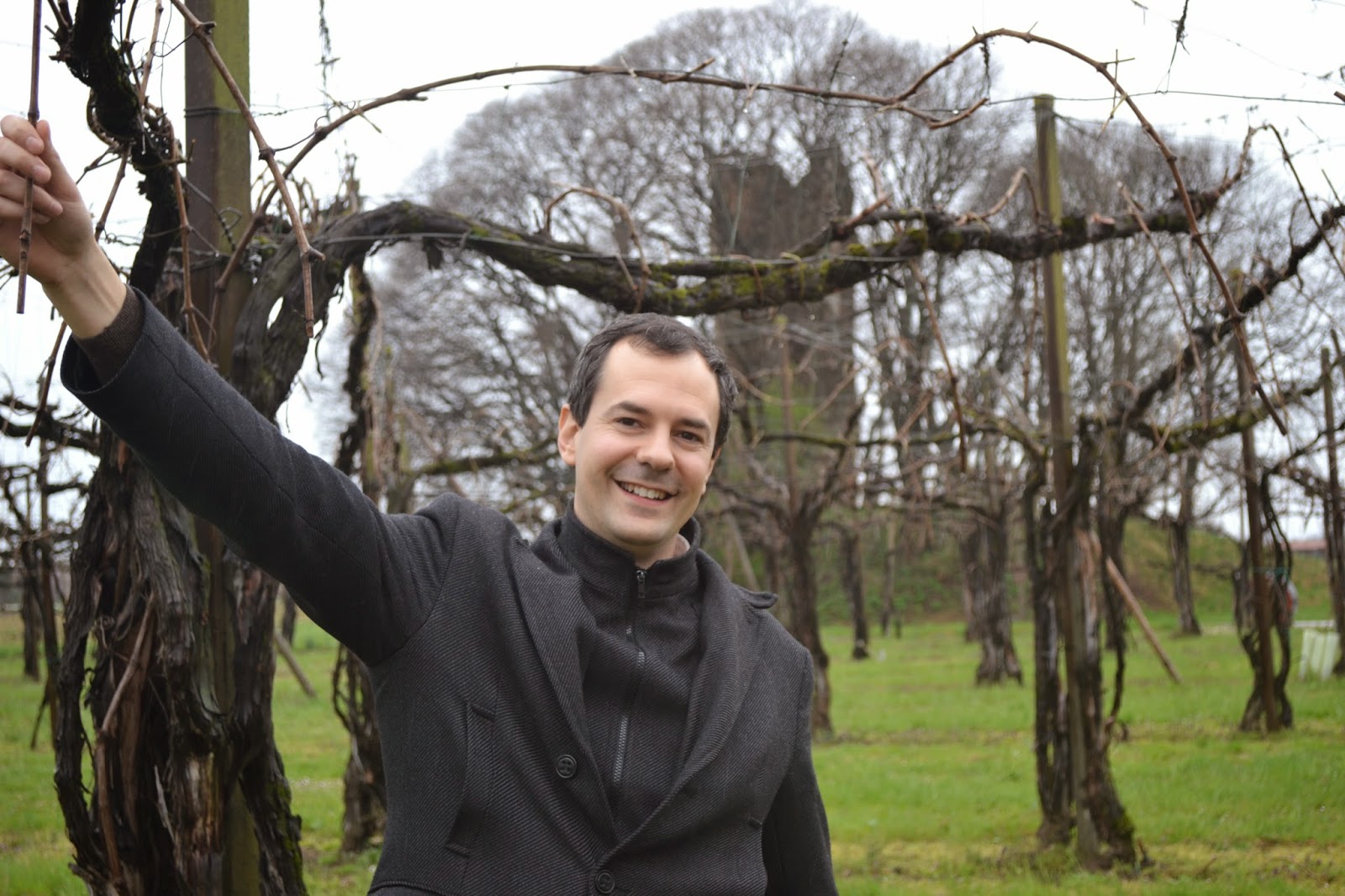 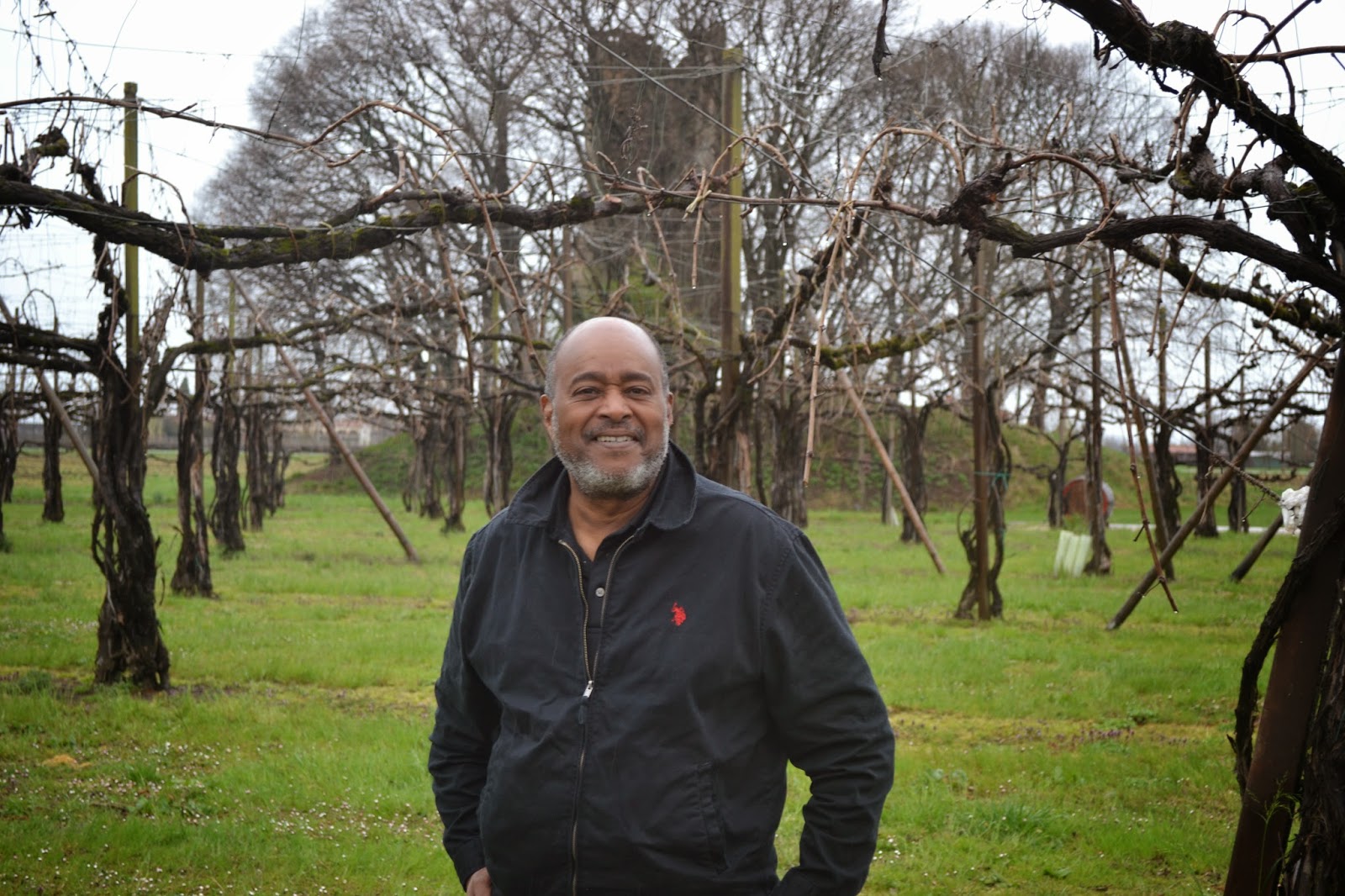 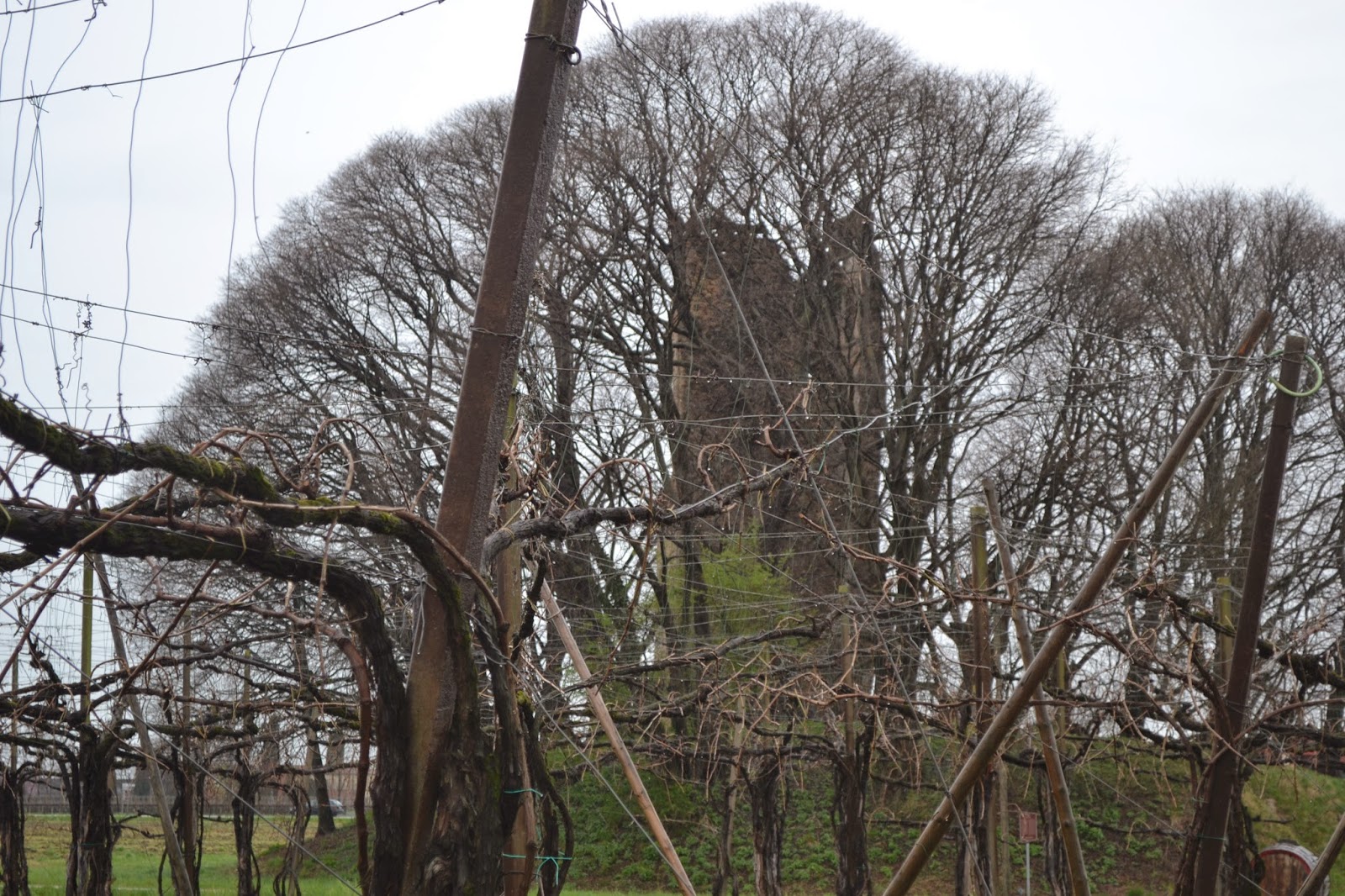 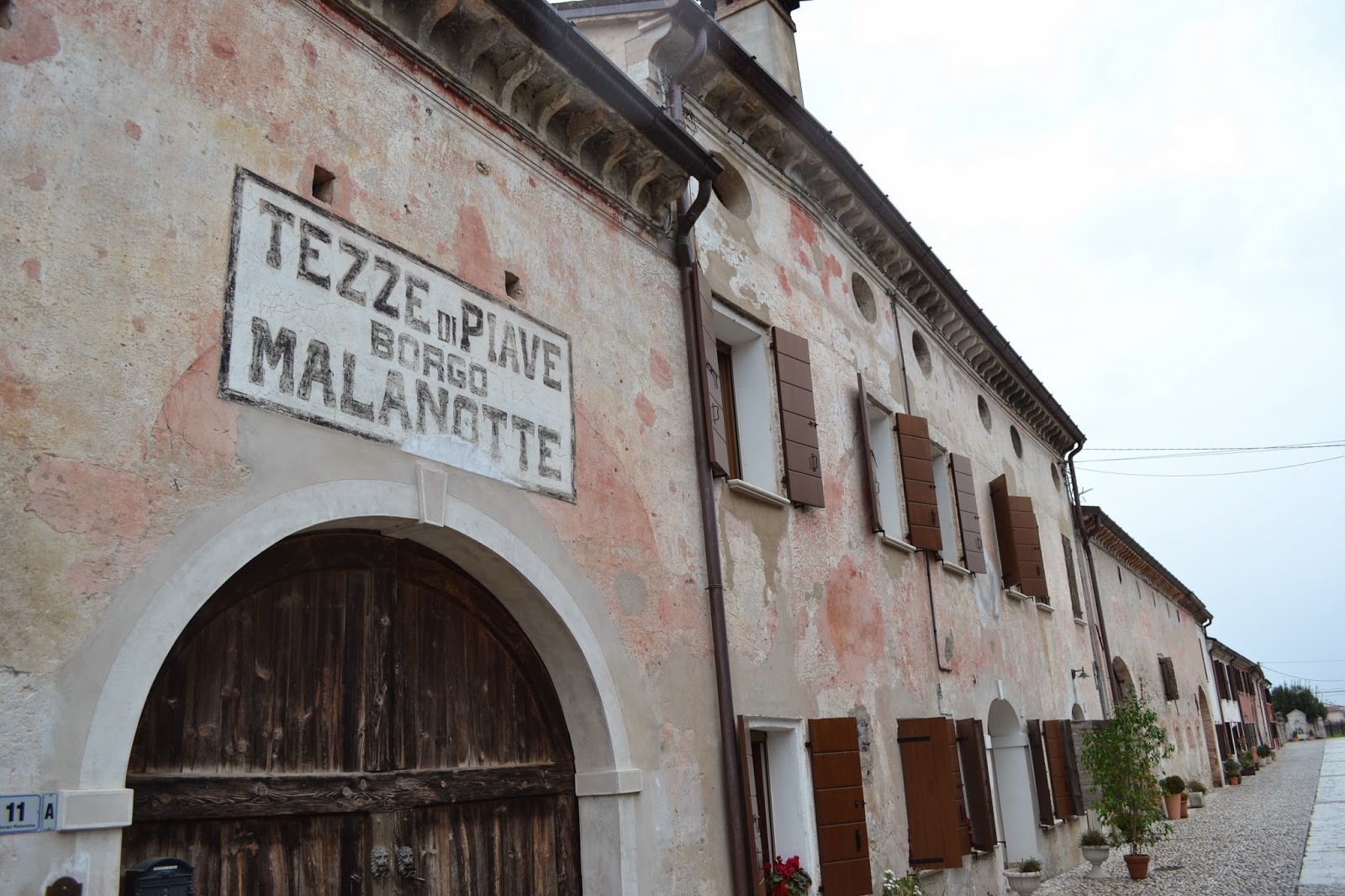 The church at Ca' Di Rojo dates to the 15th Century. Ancient frescoes were discovered under the plaster on the walls 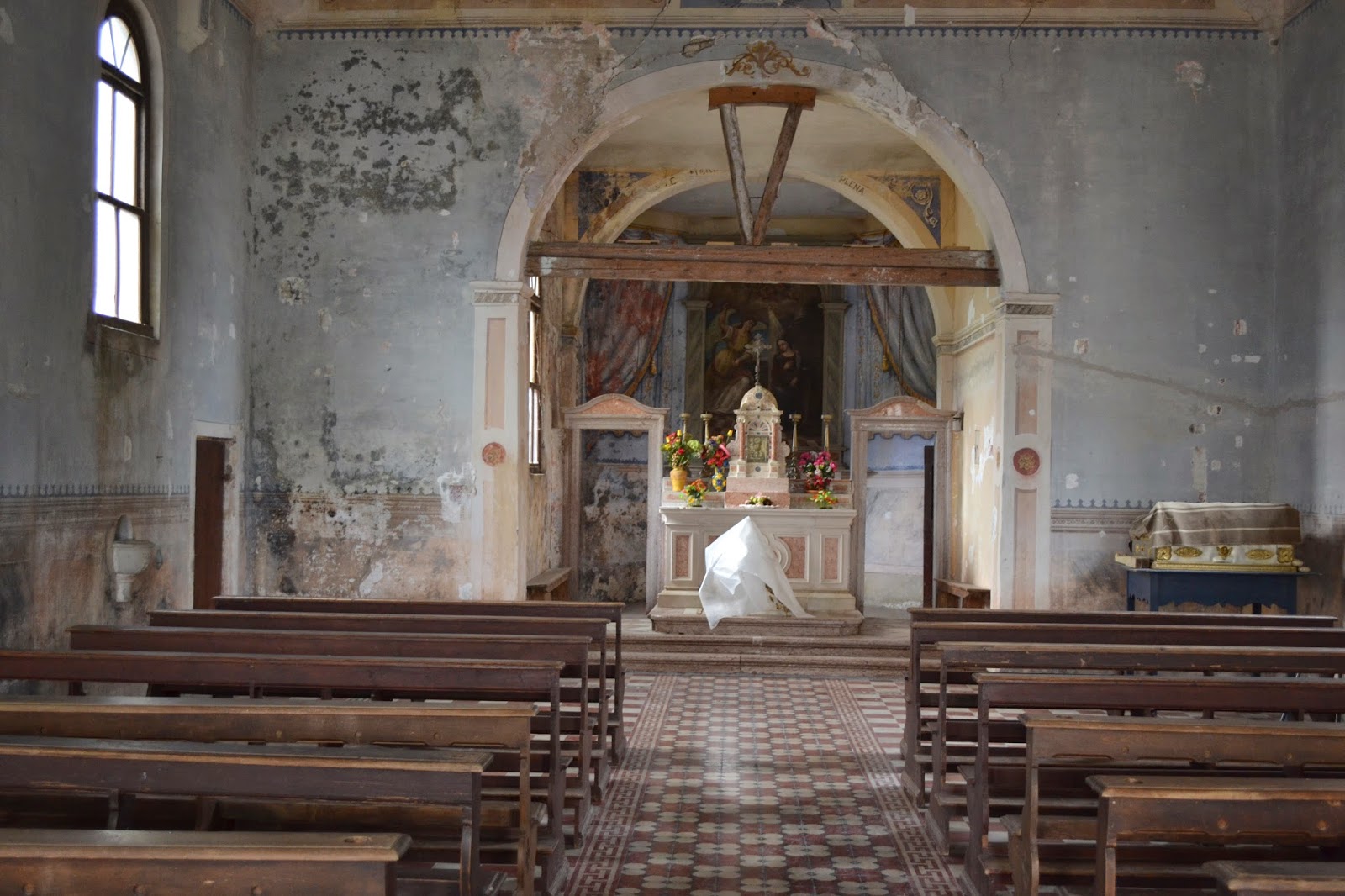 Posted by Dwight the Connoisseur at 9:54 AM