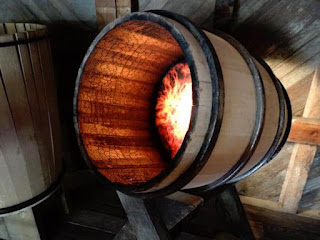 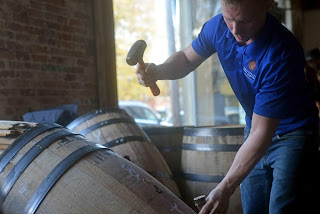 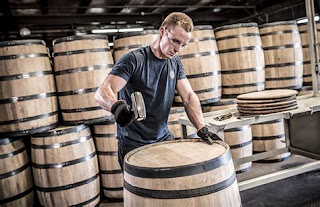 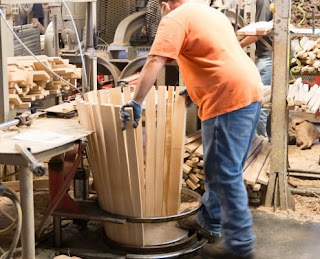 1000 Stories California Zinfandel ($19) is a throwback to the storied past of California winemaking, with a modern twist. Legendary winemaker Bob Blue used both old and new Bourbon barrels and a combination of French and American oak barrels to create a blended wine of stunning character and complexity. A comparative tasting of 1000 Stories California Zinfandel; Batch 30 from the 2015 vintage and Batch 47 from the newly released 2016 vintage reveals the full range of and depth of flavor that can be achieved with this careful balance of old and new.

A thick juicy prime aged Strip Steak, marinated in Cajun spices and blackened over smoldering hardwood coals and hand cut Steak Fries cooked in a deep cast-iron skillet was the accompanying dish to a flavor comparison of the 2015 and 2016 vintages of 1000 Stories Small Batch Zinfandel, 2015 and 2016. The smoky and spicy aspects of the meal served to bring out the like characteristics of the wine. In a word, the wines were dazzling.

Both 1000 Stories Zinfandels employ a blend of classic California Zinfandel grapes from storied California vineyards. Mendocino Zinfandel plays a big role in the blend, with grapes from, classic old vineyards such as Sargentini and Rucker. Head trained and dry farmed, these grapes are known for creating great Zins and are the backbone of 1000 Stories. New to the batch is Lodi Zinfandel, with its iconic big character and bold flavors. The blend is then rounded out with some Zinfandels from Colusa County, Syrah from Paso Robles and Petite Syrah from Mendocino. Here's where the magical art of wine barrel aging comes into play, with winemaker Bob Blue's distinctive formula of traditional and modern barrel aging techniques using a combination of Bourbon Barrel Aging and both French and American Oak. The wine is aged in separate small batches and then blended using a proprietary formula.

Individual lots of these intriguing wines begin the aging process in American and French oak barrels before being introduced to new Bourbon barrels that are hand staved and fired to a light toast by craftsmen at the Independent Stave Company. Based in Lebanon, Missouri, the company has handcrafted quality cooperage for the wine and spirits industry since 1912. What began as a small-family-owned business in a small town in the Midwest has grown into a global empire employing thousands in such far-flung locales as Europe, Asia, South America, Australia and Africa. Independent Stave Company barrels reach customers in over 40 countries. Chances are if you've had a drink in any country in the world, you've tasted a wine or whiskey aged in an Independent Stave Company barrel.

Back to the 1000 Stories wines. Batch 30 2015 stands alone as a classic example of fine, aged California Zinfandel. The barrel aging, using a combination of Bourbon barrels and French and American oak brings forth a wine with polish and depth. Red raspberries and deep purple blueberries and blackberries combine with subtle cinnamon, rich vanilla and dried sage and thyme to create a captivating flavor combination.  The light char to the Bourbon barrels lends the wine a hint of creamy caramel. 1000 Stories Batch 30 2015 Zinfandel ends on a memorable note that lingers long in the mouth.

Batch 47 2016 vintage is a bracing, racy wine with striking character. Zinfandel grapes from heritage vineyards in Mendocino County lends the wine its classic structure and depth along with notes of red fruit. Vineyards in Lodi and the Sierra Foothills give it a rich texture, weight and an energizing mineral quality. Petite Syrah rounds out the blend with tannic structure and intense purple color and layers of cinnamon and clove baking spices. Enticing aromas of potpourri and wisps of smoke add to the ephemeral aromatic. Each sip leaves you hungering for more. The bottle is finished before you know it!
Posted by Dwight the Connoisseur at 3:50 AM