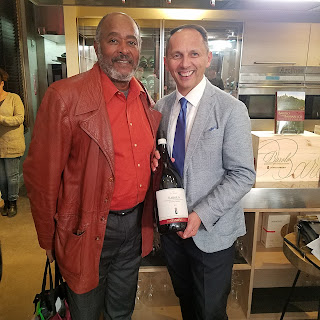 
Fontanafredda awarded “European Winery of the Year” by Wine Enthusiast


NEW YORK--Eataly Flatiron was  the setting for an historic Master Class tasting and seminar of Italy's premium Barolos, among the most prized wines among aficionados.  Fontanafredda, the largest certified organic producer in Piedmont, presented its Barolo DOCG wines to a distinguished gathering of wine professionals and journalists in Italy's La Scuola (the school), the restaurant and Italian food emporium's demonstration kitchen and event space.

The session included a tasting of its most outstanding vintages, 2014, and 2010 dating back to old vintages from  1999 and 1982. It was a  rare opportunity to taste the very best of Italy's noblest wine.

Fontanafredda was awarded the title of European Winery of the Year 2017 during the Wine Star Awards of the distinguished magazine Wine Enthusiast. The award is considered the "Oscars of the wine industry." It recognizes innovators in the wine industry, who, through their vision, have a major impact through their significant achievements. From the tasting experience in the Masterclass at Eataly,  Fontanafredda has exceeded those qualifications and more.

The history of Fontanafredda began with a love story

The story of Fontanafredda began in 1858 when the estate was bought by Vittorio Emanuele II as a gift for his mistress Rosa Vercellan, affectionately known as "La bela Rosin." It was then handed down to her children, Maria Vittoria and Emanuele Alberto, the Count of Mirafiori and Fontanafredda.
Winemaking in the cellars began in 1870, although history records the first mention of Barolo Fontanafredda in 1867, a year after the King purchased the first vineyards of Barolo.

Today. Fontanafredda has charted a bold new course with a change in the approach to environmental sustainability with a focus on research and the environment. Initiatives include the implementation of Vino Libero certification which was the first step toward reducing chemical fertilizers, herbicides and sulfites. Beginning in 2016, the winery made a significant investment in its infrastructure and processes which led to its conversion to organic agriculture.   Fontanafredda became the largest certified organic company in Piedmont.  Fontanafredda is the vanguard in preserving the Langhe region.

As with all things wine, the proof is in the tasting. After a thorough examination of the history, terroir and winemaking techniques of Fontanafredda, which was recorded for posterity by a television crew, O'Keefe and Bruno proceeded to lead a guided tasting of the exquisite
wines at hand.


Here are some impressions shared from my personal tasting notes:

This is a classic vintage from the Serralunga (the lower Langhe ) made of 100% Nebbiolo. It is a single-vineyard wine from the historic La Rosa  vineyard.  The wine has a distinctive fragrant quality. It almost like smelling violets or rose petals that have been crushed in the palms of your hands. There are abundant flavors of bright red fruit; ripe, almost macerated raspberries, red plums and a hint of Maraschino cherry. This is a vibrant, elegant wine with refined tannins that is ready to drink immediately. Have it with that rare, aged steak you've been eyeing at  the Whole Foods meat counter. Tell the butcher slice is extra thick. Be sure to buy an excellent selection of Italian cheeses, olives and salumi to enjoy with a glass before dinner.

Also from the Serralunga. Thistoo is a single vineyard Barolo. The wine is well-structured with firm tannins. Its designed to be cellared for a long time, but is drinkable now. Its best to let this wine breath a bit before drinking. The soil is rich in limestone, forcing the vines to dig deep for nourishment, giving the grapes an intense, lean flavor. The wine is still quite vibrant, with intense fruit flavors. This isn't your stereotypical Barolo.  Although it can age for a decade or more, it tastes just great right now. This is a true dinner wine that would enliven any Holiday table.

The best is saved for last. A real treat in a glass, bringing with bright fruit flavors of ripe strawberries, a touch of lemon and some lovely notes of honey and ginger. Great as an aperitif, but flavorful and with enough body to last right through  the Holiday meal and through dessert. This is an absolutely delicious sparkling wine. Well made in the traditional method and moderately priced. I won't bore you with the technicals. You deserve to treat yourself as the Holidays approach. Purchase, drink, enjoy, repeat! 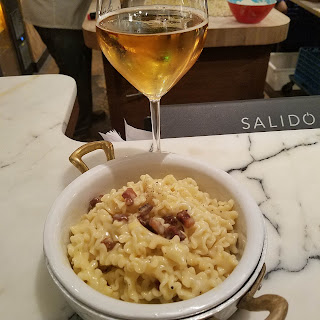 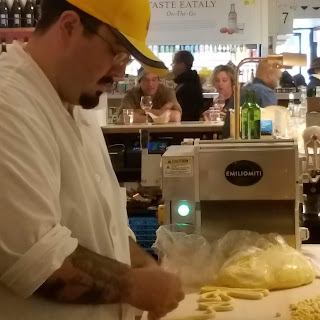 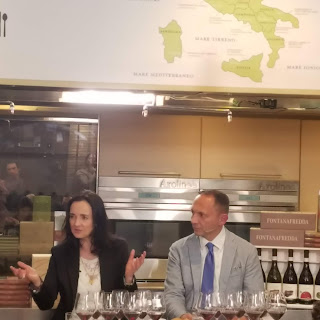 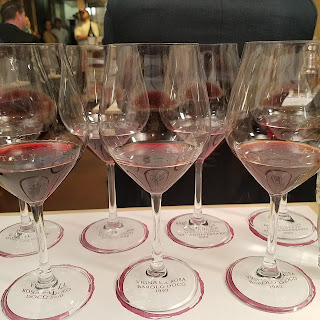 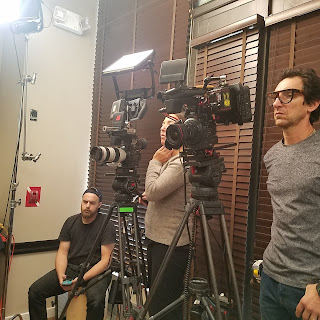 Posted by Dwight the Connoisseur at 8:53 AM