GIBSON'S ITALIA: THE PERFECT MARRIAGE OF THE AMERICAN STEAKHOUSE WITH CUCINA ITALIA 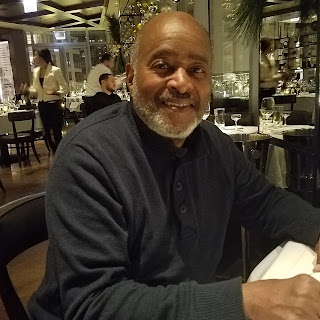 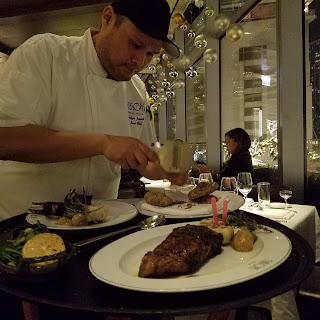 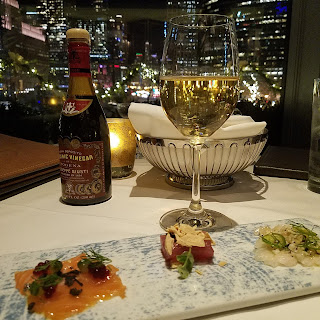 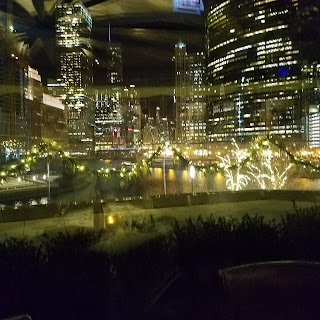 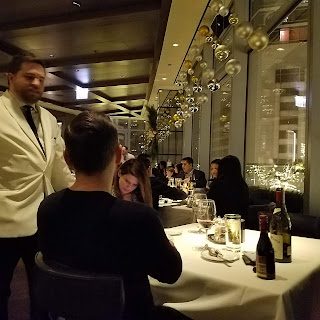 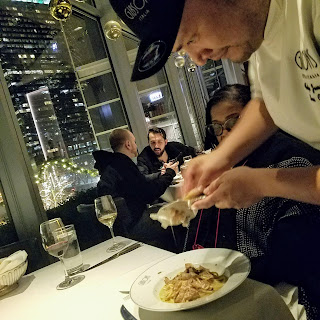 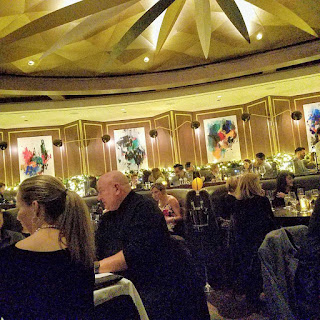 With its sweeping views of the Chicago River and cityscape and its carefully curated list of menu favorites from Gibson's famed steakhouse on Rush Street combined with delicacies from the hillsides of Tuscany and Piemonte from its sister restaurant Quarto on North State, Gibson's Italia strikes the perfect chord for exquisite gourmet dining. From the moment of entering its stunningly sleek cocktail lounge area with its expansive well-stocked Premium bar to its upstairs dining room, the feeling is one of sheer luxury.  Table placement in the ample dining room allows for intimate conversation and uninterrupted sight lines at every table. Besides the superb food there is an expertly assembled wine list. Knowledgable Sommeliers and servers carefully guide their patrons through the comprehensive list, which is heavily weighed toward select Italian vintages, suggesting wine and food pairings based upon their depth of experience.

Sommelier Robert Woodford was spot on with his selections of wine pairings. Starting with a glass and of Contratto Millesimato Prosecco from the Valdobbiadene in northern italy paired with the Chef's Crudo Selection of raw Bigeye Tuna with Oyster Crema,  combined with Ora King Salmon and Hawaiian Kampachi, a type of native kimchee with fennel, serrano pepper, honey pearls, fennel fronds and hibiscus salt. It is a house specialty from Executive Chef Jose Sosa. Next came a combination platter of Mozzarella and 24-month aged Prosciutto di San Danille served with grilled housemade bread and compressed melon.  To die for. A crispy Kale Salad finished table side served as the Intermezzo before plunging into the sumptuous Main Courses.

Service Manager Tee Efendija kept the massive dining room humming  smoothly with the adroit steps of an Alvin Ailey dancer as the entrees arrived--Gibson's signature Grass-fed Australian New York Strip, aged a minimum of 75 days, a Gibson's exclusive, and thick Lamb Chops, grilled to perfection and served in their own juices.

Gibsons Bar & Steakhouse in Chicago has been renowned for the quality of its USDA prime beef and the perfection of its ice-cold martinis since it opened its doors on Rush Street in 1989.
Gibson's is Chicago's top-earning independently owned restaurant and is among the nation's top five independent steak houses.  Gibson's  is the only restaurant group in the country to have its own USDA certification.
Gibson's Italia has been in the works for two years, according to Liz Lombardo, director of marketing, whose father, Steve Lombardo, co-founded the original Gibson's. “We were approached by River Point Complex, who wanted a steakhouse for tenants in the building. Gibson's  Gold Coast isn’t too far away, so we decided to try something a little different. with a little steak, and  a little Italian."
Italian specialties are straight out of the hills of Piemonte and the fog-shrouded valleys of Tuscany. Winter white truffles are in season and a specialty of the house is Cacio e Pepe (housemade black pepper infused pasta) with White Truffles from Piemonte, shaved table side. Sommelier Robert Woodford allowed the truffles to steam in the warm pasta in order to release their delicate aromatics. A glass of Bugliono Valpolicella Ripasso, a complex wine from northern Italy, near Verona, which is fermented and then repassed (ripasso) over the left-over must of stems and pulverized grape skins to give it added depth and complexity. With its layers of rich dark berry flavors of black plums, blackberries, licorice and hints of dark chocolate and shaved cinnamon bark and sandalwood, it was the perfect accompaniment to the grilled meats and pungent pasta. A dessert combination of rich Chocolate Tort and Banana Gelato Tart were the ovation-worthy finales. 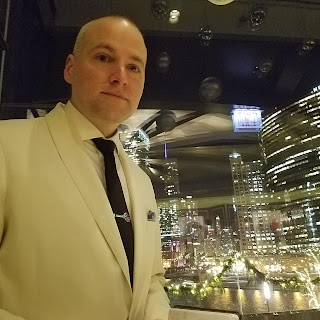 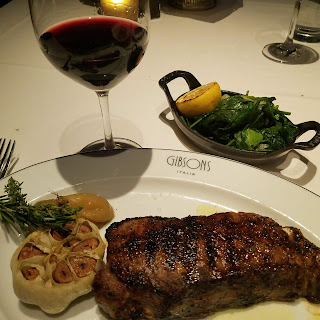 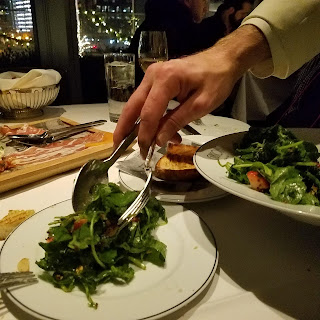 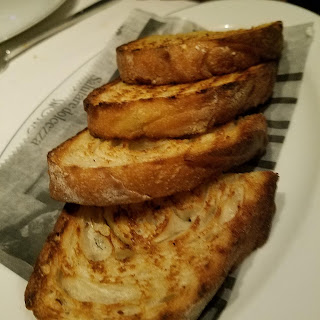 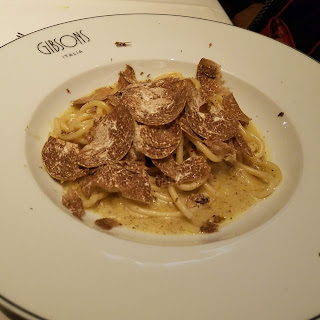 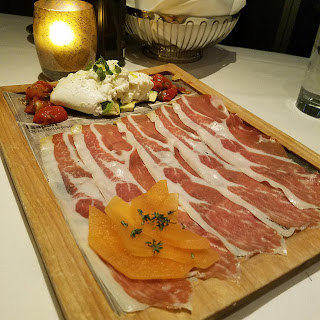 Posted by Dwight the Connoisseur at 10:55 PM