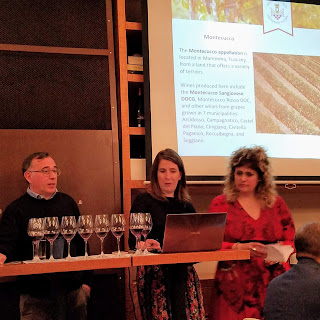 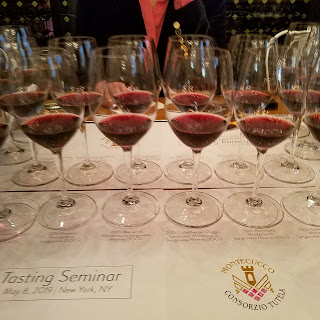 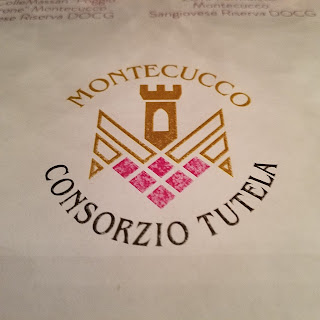 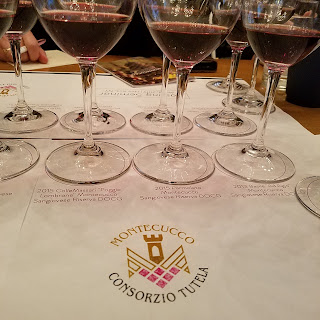 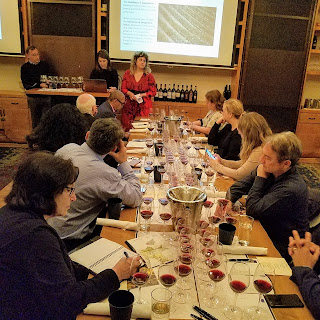 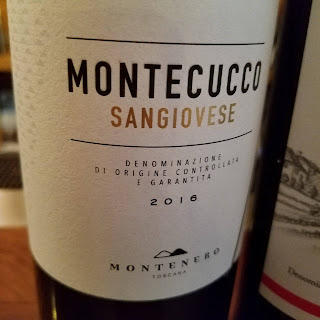 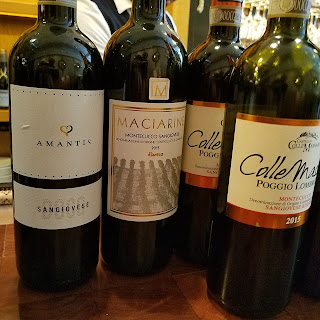 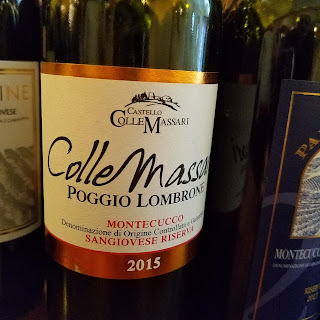 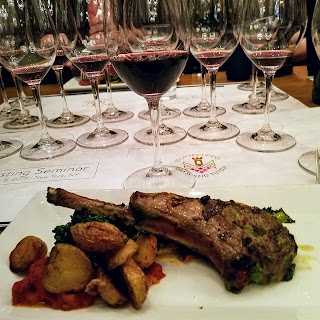 Montecucco is a very new denominatin in Italy and is Tuscany's best kept secret. Wines of the region are finally coming into their own, thinks to the high quality and distinctive character of these wines which are primarily made from Italy's most planted grape, Sangiovese. What makes Montecucco Sangiovese difference from all the others is its taste, brought about by its unique climate and soil conditions. Organic production is the norm rather than the exception, with 68% of its vines produced under organic conditions.

Montecucco is nestled in the south of Tuscany between two more famous neighbors, Morrellino di Scansano and the little town of Montalcino which produces t he regal Brunello di Montalcino.

Located inland from the coast of the Maremma, Montecucco is presided over by Mounte Amiata, an extinct volcano which lends its mineral rich soils to the grapes that grow on its slopes and in the valley below. The vines further benefit from the dry climate created by the Mount, which protects them from the storms brewing over the Tyrrhennian Sea.

Montecucco wines are beautifully structured wines with depth and excellent flavors of dark fruit and spice.The wines are terrific now, but they also have great potential for cellaring. They really come to life with food, and that's where the wines are most at home; on the dining table.

Cork buzz Wine Studio in Manhattan's Union Square was the setting for the U.S. preview of the new vintages of Montecucco wines. Presided over by Giovan Battista Basile, Vice President of the Montecucco Consortium and its Communications Manager Silvia Coppetti, the event was hosted by Laura Fiorvanti (formerly Laura Maniec), Master Sommelier and owner of Corkbuzz.

The Montecucco Tasting Lunch featured 10 new releases, three of which are not yet imported to the United States. Each of the wines had a unique taste and characteristics, although they were all made from the Sangiovese grape. As explicated by Giovan Battista Basile and Silvia Coppetti, the wines also had their own unique stories to tell. When combined with the excellent cuisine prepared by the Corkbuzz culinary staff; Brown Butter Cauliflower with capers, garlic and lemon pecorino, Grilled Lamb Chop with rapini, roasted potatoes and tomato, and dessert of a Duet of Cheeses (Pecorino Toscano, Bianco Sardo), the wines literally exploded with flavor and came into their own.

Below is a listing of the wines presented and their suggested retail prices:

Here are some of the highlights from the luncheon seminar, based on my tasting notes:

The hands down favorite of the afternoon was the Peteglia Montecucco Sangiovese DOCG 2016 at a mere $25 a bottle. In addition to its tremendous value, the wine really delivered in the all-around flavor category. Besides its initial impression of ripe, delicious dark red fruit, the wine had a nice, soft finish. It was almost like something you'd find in a really nice Oregon Pinot Noir. There was one distinction, the volcanic soil of the region gave it a robustness that you would normally find in wines that were aged longer. Aged in large oak barrels, the wine has a nice relaxed feel about it and a roundness that comes from also allowing the wine to age in the bottle before release. Unless you're absolutely desperate to impress your guests with the price tag of the wine you're serving, you can't lose with this on your lunch or dinner table.

ColleMassari "Poggio Lombrone" 2015 Montecucco Sangiovese DOCG Riserva ($69.99) is a shining example of what this unique area of Tuscany is all about. The wine reveals layers of rich fruit flavor, combined with savory herbs, hints of licorice, coffee and shaved cedar, the kinds of complexity found in the finest red wines of Europe. Such elegance and authority would cost considerably more from someplace else, but consider this wine a bargain at well under a hundred dollars. For that special meal of roasted leg of lamb with fresh thyme or oregano, or a nicely grilled whole salmon stuffed with garlic and herbs, this is a wine that keeps delivering with every sip!

Le Calle "Poggio D’Oro" Riserva 2013 Montecucco Sangiovese DOCG Riserva $38, was my third pick. This was a wine designed for contemplation and enjoyment with just some aged cheese or a fine aged steak and some savory Rosemary potatoes and a bit of broccolini tossed lightly in hot olive oil and garlic with a splash of lemon. The less you fuss around with making the food complicated, the more you'll enjoy this wine. It packs a lot of flavor in the bottle. Lean and simple is best as far as accompaniments. Better yet, crack open a bottle, let it breath for a half hour and sip it slowly as you listen to your favorite music.

Posted by Dwight the Connoisseur at 4:08 PM