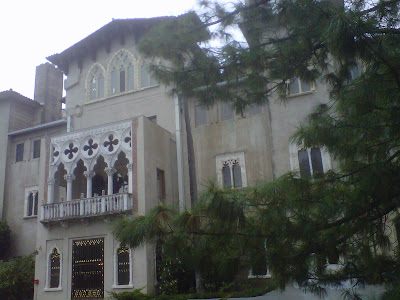 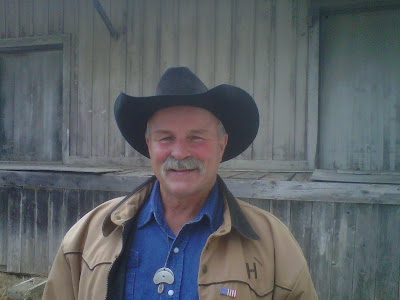 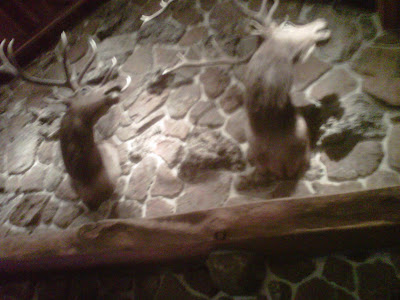 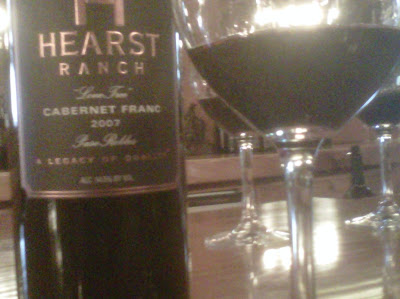 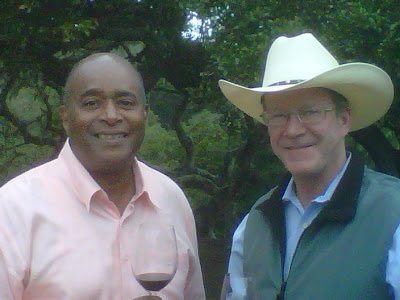 San Simeon, Calif.—Hearst Castle rises majestically above the clouds overlooking the dramatic outline of the Central Coast of California. The view from the Neptune Pool is glorious as golden rays of sunlight dart through the mist to reveal the azure Pacific and the vast expanse of rolling hills below.

The Hearst estate is maintained as a state historic park that is listed as a National Historic Landmark. Far below the castle and its considerable collection of Florentine art, antiques and artifacts, lies the largest beef cattle operation in San Luis Obispo County. Hearst Ranch is operated by Steve Hearst, the great-grandson of William Randolph Hearst. About a year ago, he started the Hearst Ranch winery, with a tasting room virtually in the shadow of the Hearst Castle.

A vice president of the Hearst Corporation, Steve manages the family’s vast commercial real estate, timber and property operations in addition to the extensive ranch, which includes both cattle and Bison, and now, the wine venture, which is a first.

The winery’s tasting room is just across Highway 1 from the Hearst Castle Visitor Center inside historic Sebastian General Store.

A recent visit to the Hearst Ranch took Dwight The Wine Doctor to the private dining hall of the Family Ranch to meet with Steve Hearst and talk to him about the impetus behind the wine over a lunch of his estate grown, grass-fed beef.

The building was a far cry from the opulence of the Hearst Castle. In fact, it’s a rather unassuming structure, resembling a “long barn” normally used to house and feed cattle ranchers. A huge fireplace at one end of the room prominently displays the antelope and Angus steer that dominate the vast property. A long, wooden bar on one side of the room is topped by several bottles of the newest wine releases and rows of glasses. Tables are set in the huge beam-ceilinged dining room for the afternoon repast of Angus beef hamburgers grilling on the open fire outside.

“We don’t grow anything here in the way of grapes or produce any wine here. All that is contracted out to someone I really know and trust, Jim Saunders of Saunders Vineyard in Paso Robles. We must’ve tasted about a hundred different wines and blends before we decided on the ones that would best represent what we’re trying to do. This isn’t just a vanity label. We’re really aiming to produce premium, wine that will proudly represent the region.”

Early indications are that the first effort has been a success. Critics have greeted the wine with accolades. An informal tasting bore out their enthusiasm over the inaugural vintages.

Grapes are hand-harvested at Saunders vineyard in Paso Robles. Wines embody the full, rich flavor of the grape varietals from which the are derived. Chardonnay, Cabernet Saubignon, Cabernet Franc, Merlot, late Harvest Zinfandel and a Reserve Cuvee Blend, give full expression to the flavors and hues of the Central Valley.

“The back story is Saunders purchased a ranch tour at a cancer fundraiser last year,” Hearst said. “We realized we shared views on sustainable agriculture and ultimately decided to do this project together.”

“We have become quick and high-quality friends. He is a real dynamo,” Hearst added. “I think we complement each other’s businesses. It was a lot of fun putting it together.”

Jim Saunders is in complete control of the winemaking operation. He has collected the grapes from several vineyards in the Paso Robles area, including his own and will process and bottle the wine at his winemaking facility. Adam Lazarre is winemaker. He is also the winemaker for San Miguel’s Villa San-Juliette, which produces about 35,000 cases and is owned by “American Idol” producers Nigel Lythgoe and Ken Warwick.

The Hearst Ranch wines sell for between $25 and $70 a bottle.

This is a truly delicious and approachable wine with a complex, rich flavor profile that far outpaces its moderate price. A classic aroma of crushed black pepper and red currant dominates the nose. Layers of cocoa and lush, red fruit and berry flavors dance on the tongue. This is a great wine for grilled meats, particularly a hearty cut of Prime, aged beef. (Hearst’s magnificent grass fed beef is available online, by the way, and can be shipped anywhere in the country. The wine can also be ordered online.) I recently encountered a relatively new cut of beef for Chicago, which is quite common in California, the Beef Tri-tip. Its similar in texture and flavor to top sirloin, but has a slightly coarser grain and a bit more heft in the flavor department. The recipe Hearst Ranch Tri-tip calls for a rich seasoning of herbs, red chili flakes and olive oil, served with a spicy Italian Peppronata sauce. Here’s the recipe from Chef Chris Kobayashi at Artisan Restaurant, Paso Robles:

Posted by Dwight the Connoisseur at 7:46 PM