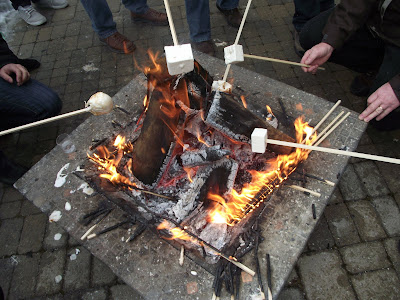 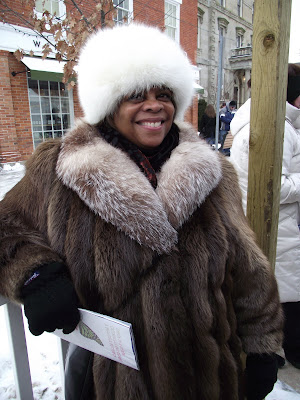 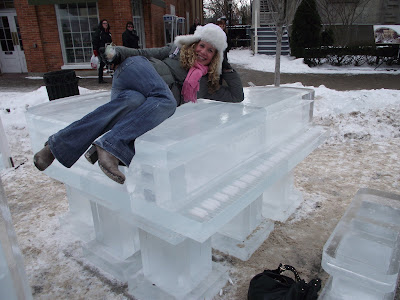 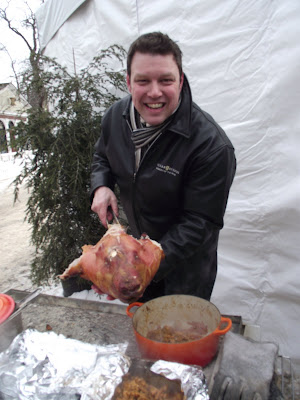 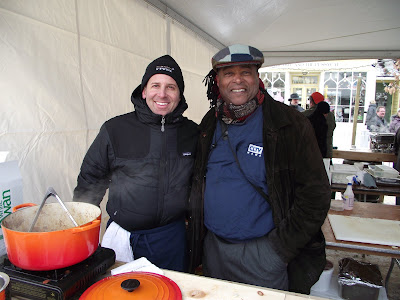 Niagara-on-the-Lake, Ontario, Canada—Icewine is Amazing! Ice wine IS Celebration! Those were the messages that were lasered into my brain like a ray of winter sunlight refracted through the prism of a sculpted ice castle as I strolled through the ice sculptures and tents of the 2011 Niagara Icewine Festival along Main Street in the quaint, movie-set perfect town of Niagara-on-the-Lake.

Twenty-five distinctive producers of the “liquid gold” Icewine that the region is famous for, teamed with the area’s top chefs and food purveyors to create an unparalleled taste experience.

With snow falling gently on the chilly, but sunlit afternoon, foodies enjoyed selections of the area’s best new wine releases and nibbled on the likes of duck chowder, icewine laced meat pies and pulled pork cooked over slow-burning coals in a special box, designed by the team of local winery chef Jason Parsons and celebrity foodie Steve Dolinsky, The Hungry Hound of ABC7 Chicago.

“We take a whole baby pig and rub it down with a secret blend of herbs and spices and let it marinate overnight. Then we completely submerge it in the hot coals in this special box and cook it for 6-8 hours. The meat comes out so tender that it almost shreds on it’s own. We serve it in a special sauce that’s been simmered with Peller Estates Vidal Icewine, Served on a soft egg bun. It’s flavor fireworks exploding in your mouth!”

As embers of the day faded behind a veil of clouds over the snow covered vineyards, the afterglow of the day was spent leaning over an open fire at Peller Estates, roasting homemade marshmallows that had been soaked in Icewine. The taste was so seductive that I gorged myself with abandon, oblivious to the tongue-scorching heat of the marshmallow, the smoldering embers still clinging to its singed, caramelized surface. I felt and looked like a kid, with sinewy strings of the gooey mass on my mouth and chin. It was a marvelous, sweet finish to a cold, but soul-warming day.

Posted by Dwight the Connoisseur at 6:20 AM