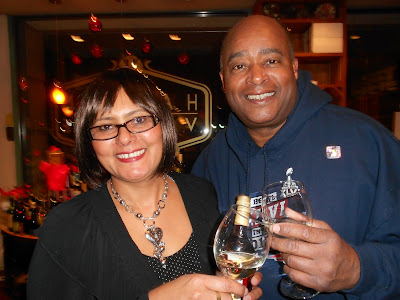 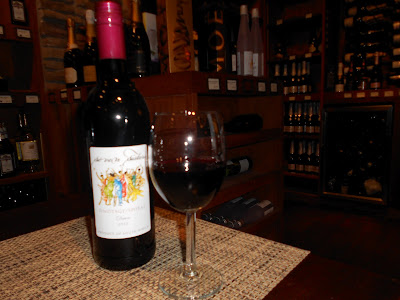 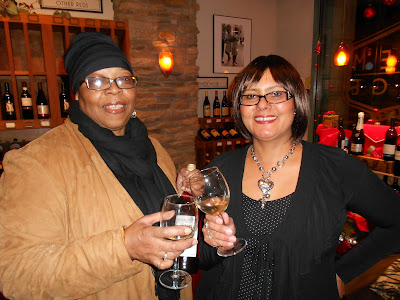 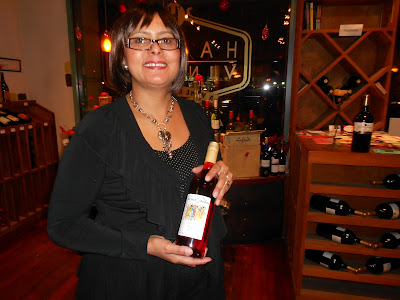 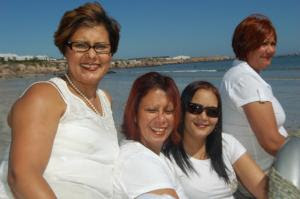 Seven Sisters Wine of South Africa: A taste of freedom comes to America

-Dwight The Wine Doctor with Dawn, one of the Seven Sisters

-The Seven Sisters at home in Paternoster, South Africa

NEW YORK--It all began in 2005, when Harvard MBA Selena Cuffe took a sip of Rose wine made by a black winemaker from Soweto. When she asked where she could obtain the wine she was tasting in the state’s, she was shocked to learn that she would be hard pressed to find it anywhere, even in South Africa. That single sip started a tsunami of activity on her part. She gave up her six figure sales job at Procter& Gamble, convinced her husband to dip into their life savings, and began a corporate venture to distribute South African wines in the U.S. market through their company, Heritage Links Brands.

Less than 2% of the wineries in South Africa’s three billion dollar wine industry are owned by blacks, which comprise 85% of that country’s population. Now, with distribution nationwide in a thousand whine shops and retailers in 40 states, the company hopes to change the landscape of opportunity for black South African winemakers, with a projected one million dollars in sales this year.

One of the company’s latest offerings is Seven Sisters wine from South Africa’s fertile Cape region.

On a recent visit to Harlem Vintage and Nectar Wine Bar on Frederick Douglass Boulevard, owners Eric Woods and Jai Jai Greenfield welcomed one of the “seven sisters,” Dawn, who presented her namesake Pinotage/Shiraz.

The story of Seven Sisters wines is in many ways indicative of the struggles blacks have faced in South Africa. Growing up in the picturesque fishing village of Paternoster, on the Cape’s West Coast, the Brutus sisters, along with their baby brother John, were evicted from their home after his father lost his job of 20 years with a local fishing company. Now, 25 years later, their wine brand marks a change in their destiny. Founded in 2007, the wines are sourced from vineyards in the West Coast area. According to founder and CEO Vivian Brutus Kleynhans, the wines are truly a celebration of sisterhood. “Each wine is carefully selected and styled to match the personality and character of each of the sisters. The wines celebrate our bond and devotion to one another, even under the most difficult conditions.”

Starting the winery was not only a means of reclaiming the family’s birthright; it was a tribute to their roots. Now, the sisters return often to Paternoster, not to mourn the loss of their family home, but to celebrate their new lives and to spend their weekends kayaking and feasting on crayfish, bokkems (salted dried fish) and other local delicacies along with their delicious wines.

A sampling of Seven Sisters wines began with her own, Vivian, the 2009 Seven Sisters Sauvignon Blanc ($9.99), the first South African wine ever to be selected by American Airlines to be served on their flights. Vivian, the wine, is an absolute delight! It’s a nicely balanced, golden colored, full-bodied beauty, much like its namesake. The wine has a pleasant sweetness on the tongue, but its more from the taste of the grapes, which were hand-harvested at the peak of ripeness and then left on the skins to give them greater richness before the golden honey juice was pressed and placed in stainless steel tanks. Fermentation at low temperatures helped the wine to maintain its blossoming bouquet of fruit flavors and delightful aromas of tarragon and sage. Imagine accompanying the Brutus sisters on one of their seaside feasts and sipping a chilled glass while hovering over a steaming pot of crawfish.

Seven Sisters 2010 Dawn Pinotage/Shiraz ($9.99), a blend of 60% Pinotage, 40% Shiraz caught my attention with its rich Ruby color. If you’re a newbie to red wine, this might be the one to start with. I actually think this is a red that can be served lightly chilled. It’s certainly a great all-around wine for a summer feast and would make a great beach wine or pass-around wine at a barbecue. It’s got terrific aromas of blackberry and pepper and a nice, fruity taste like wild blackberries or wild strawberries or those really dark raspberries you can only seem to find at a roadside fruit stand. It’s a surprisingly agile and versatile wine for a red and full of surprises.

No doubt, I’ll have many opportunities to taste the remaining Seven Sisters portfolio. Perhaps, if I’m lucky, in the company of the seven sisters themselves, on the beautiful beaches of Paternoster.

Posted by Dwight the Connoisseur at 10:47 AM