Planeta wines of Sicily: from the Village of Sambuca to the edge of Mt. Etna

The six faces of Planeta: One of Sicily's leading producers 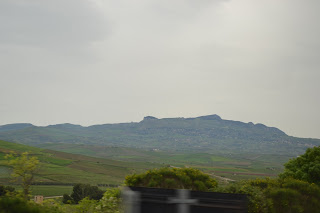 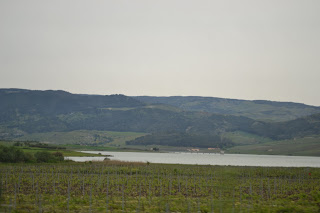 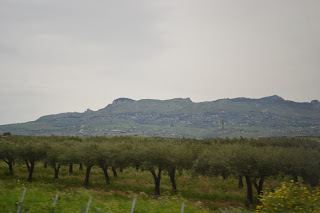 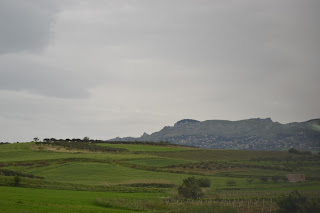 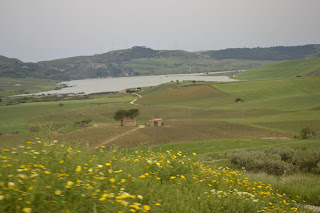 The wildflopwers that encircle the vineyards 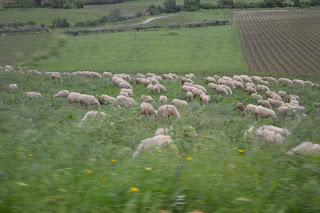 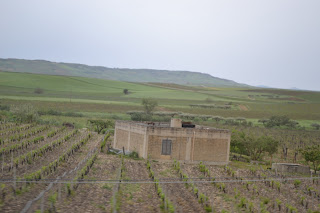 Ancient ruins dot the landscap[e in the vineyards 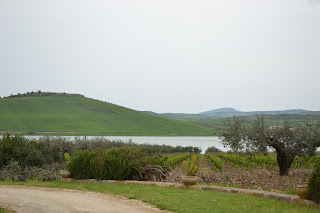 Lake Arancia near the entrance to the Planeta estate 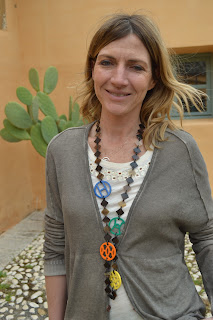 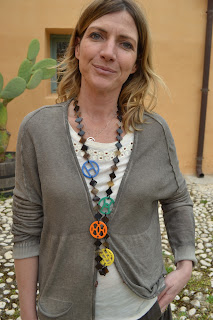 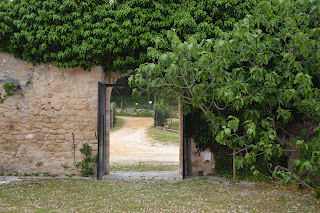 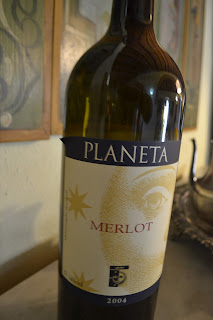 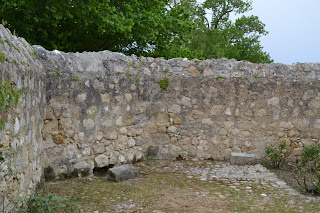 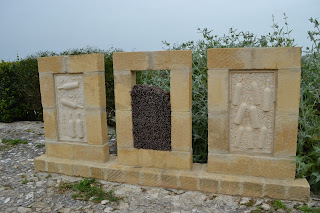 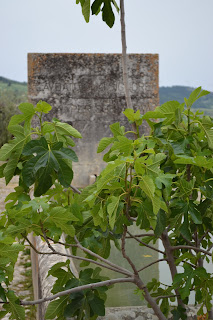 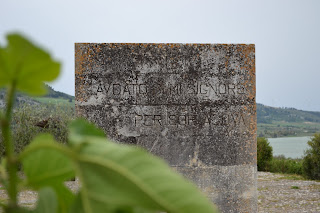 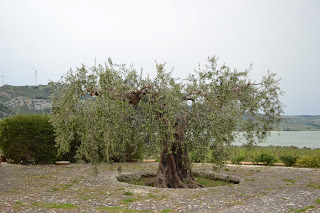 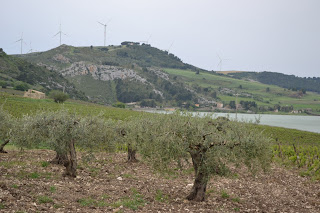 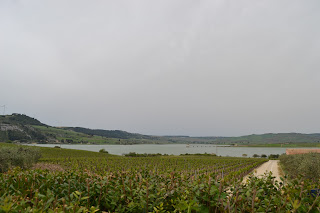 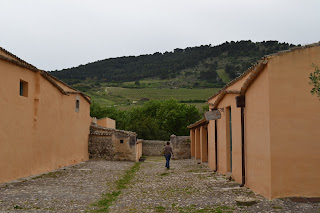 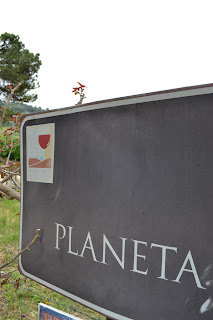 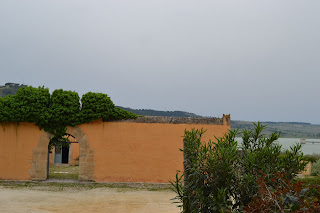 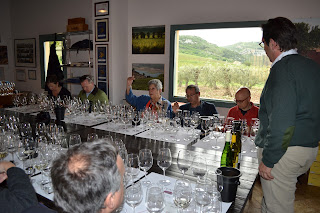 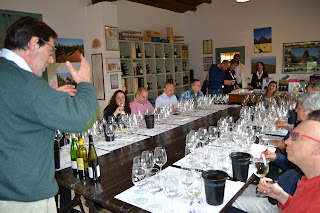 Tasting samples of Planeta's vast portfolio from its six estates 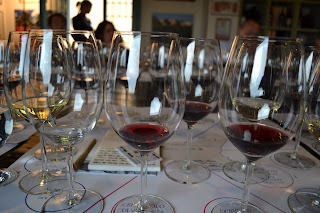 Sambuca, Sicily---An Italian wine growing region, second only to Tuscany, Sicily is one huge vineyard, stretching from the Tyrrhenian Sea and the Straits of Messina in the north to the Mediterranean Sea above the north coast of Africa.

Its soil is rich and fertile and supports a variety of grapes, both indigenous and international. Sicily and its surrounding islands are characterized by their highly active volcanoes, the most notable of which is Mount Etna, Europe’s tallest and among the most active in the world.

Mirroring the varied terroir and especially focusing on the Etna region, are the wines and estates of Planeta. Sicily is fast gaining an international reputation as a producer of fine wines and Planeta has been at the center of the momentum in that direction.

Established in 1995, Planeta is a the inheritor of a tradition handed down through 17 generations in the area between Sambuca and Menfi.  Each unique territory has its own winery, estate and collection of wines.

Ulmo at Sambuca di Sicilia is the home of Alastro, a pale straw yellow white wine made primarily from the local Grecanico grape. Its aromas of ripe melon and flavor of  white Etna peaches are redolent of the wildflowers and wild herbs that grow freely on its wind swept hillsides. Alastro is the vernacular name for the Grecanico grape and the name of their flagship wine from the region.

Vittoria is home to a beautifully rebuilt 100-year old winery and hospitality center with an ancient farmhouse at Dorilli that is at the heart of a vineyard  planted with Nero d’Avola and Frappato grapes. Close to the sea, the soil is red, composed of fine light sand, permeated by the nearby Mediterranean sea. Cerasuolo di Vittoria D.O.C.G. wine, with its unmistakable aroma of ripe, red cherries, from which it derives its name, “cerasa”, being the word for Cherries in ancient Sicilian dialect.

Two wineries were built in the heart of the Planeta family’s endeavors at Menfi; the Cantina Piccola, dedicated to “international variety red wines, such as Cabernet Sauvignon
And Merlot and Cantina Grande, which is wholly dedicated to the production of La Segreta (the “secret” blend) and Rose wines. Dispensa and nearby Gura vineyards are cultivated on varied types of land. Careful research and diligent experimentation have identified the vines that thrive best in each type of soil, resulting in the establishment of two special places called “Infernotto” (incubators) at Dispensa, where great wines from all over the world are cultivated alongside examples of all the vintages produced by Planeta, in order to follow their evolution. A private library, or Biblioteca contains hundreds of texts dating from the 1700s to the present day, documenting the progress of the vines and wines in the area.

In 1998 Planeta acquired a farm in the area of Noto in the province of Syracuse. The enchanting surroundings were ripe for quality wine production and located in an area historically known as “Buonivinoi” or “Good Wines.”  Nero d’Avola and Moscato Blanco are the predominant grapes grown here, resulting in the Santa Cecelia DOC Noto and Passito di Noto DOC wines. Two small houses, or “Case Sparse” dot the vineyards and are in the process of being rebuilt. The first house is furnished with the creations of designer Costanza Algranti. The furnishings are all made with reclaimed materials, in keeping with Buonivini’s positioning as an homage to the environment and the territory.

The most dramatic estate is Etna. Located on the northern slopes of Mt. Etna high above sea level, it is the home of the Carricante white wine grape and the Nerrello Masacalese red wine grape. Etna is distinguished for its black lava sand-like stones and rich mineral soil, producing some of the most intense and flavorful wines of all of Sicily.

Next: Part II-A  visit with Francesca Planeta, sales manager and Alessio Planeta, winemaker, and a private tasting of their vast portfolio of wines from their six estates. 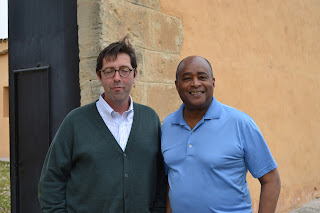 Dwight The Wine Doctor with Alessio Planeta
Posted by Dwight the Connoisseur at 7:14 AM