A Veneto Wine Master Class as only Eataly Can Do It!


An Eataly Master Class presented by United Wines of Veneto paired a wide variety of Veneto wines with recipes prepared by Eataly's culinary staff. It showcased the diversity of Veneto wines and the strikingly different dishes that can be paired with them. The class was led by the heads of the various consortiums of the Unione Consorzi Vini Veneti D.O.C. and Eataly's Retail Wine, Beer and Spirits Manager Massimo Serradimigni and La Scuola Chef Adam Weisell.

The wines presented covered the gamut, from slighitly sweet sparkling Prosecco Spumante to dry Valpolicello Ripasso. The list was varied:

1. Villa Sandi Prosecco Spumante DOC Treviso Brut "Il Fresco" ($13) and Astoria Prosecco Superiore DOCG Spumante Extra Dry Millesimato 2012 ($12) which was paired with a stunning first course, Risotto al Radicchio (Risotto with Radicchio), recipe courtesy of Eataly partner Mario Batali from his book, Simple Italian Food (c) 1998, which was prepared from scratch by Eataly executive chef Adam Weisell as he lectured the Master Class. Its a blend of Carnaroli rice, stirred in a large, deep sauce pan, and combined with chicken stock, olive oil, shallots, Valpolicello red wine, pancetta (Italian bacon or ham) chopped radicchio (Italian  red-leafed chicory) and combined with grated Grana Padano cheese, unsalted butter and finished with salt and black pepper to taste. Its a slow-cooked dish, perfect for a winter lunch or  first course or a vegetarian dinner (minus the ham, mushrooms would be a nice substitute). It's absolutely great with any of the wines of Veneto, a dry sparkling Prosecco, a dry Soave Classico or even a Bardolino Classico.

The Frico con Crudo di Salmone (Salmon Tartare on a Parmesan Cheese crisp), nearly stole the show, not only because of its pristine presentation, but surprisingly complex levels of flavor and texture that seemed to gradually unfold with each bite and sip of wine. This deceptively simple dish is a cornucopia of gustatory experiences. "It's like peeling back the layers of an onion," chef  Weisell aptly described. "Each layer reveals another dimension of taste and a completely different feeling in your mouth. The salmon has both a slightly briney and off sweet taste that creates what the Japanese call umami, that creamy good taste sensation in your mouth. At the same time, the saltiness and the crunchy texture of the Parmesan cheese wafer gives that crispy crunchy texture that just really sets the whole dish off. This is a really simple appetizer to prepare that will really dazzle people for the Holidays."

Another simple dish that is sure to set guest's taste buds abuzzing is the Polpettine Veneziane (Venetian-Style Meatballs), which paired perfectly with both the Cantina Di Soave Soave Classico "Rocca Sveva" 2012 ($12) and the Vigneti Villabella Bardolino Classico "Vigna Morlongo" 2013 ($13).

"I was raised in Italy, so this is a dish that comes from my childhood. I actually found the recipe in an old cookbook from a Contessa. I think she was a widow and somehow that's tied into the story of the recipe.  I can't remember the story behind it, but I know it involves ground beef or veal combined with potatoes. I added some cured meat from our Eataly charcuterie, some pancetta and salumi, to give it some added body and flavor, and a few Yukon Gold potatoes. Of course, its all finished off with some lemon zest, and you can taste lemon in a lot of the white wines that have been served here today. There's also enough robustness in the meat, that it can stand up to a red wine too. It's really a great all-around dish for the Holidays for a first course or appetizer. The best thing about it, is that it's really easy to prepare. It's one recipe that's totally foolproof, " chef Weisell emphasized.  (see recipe below) 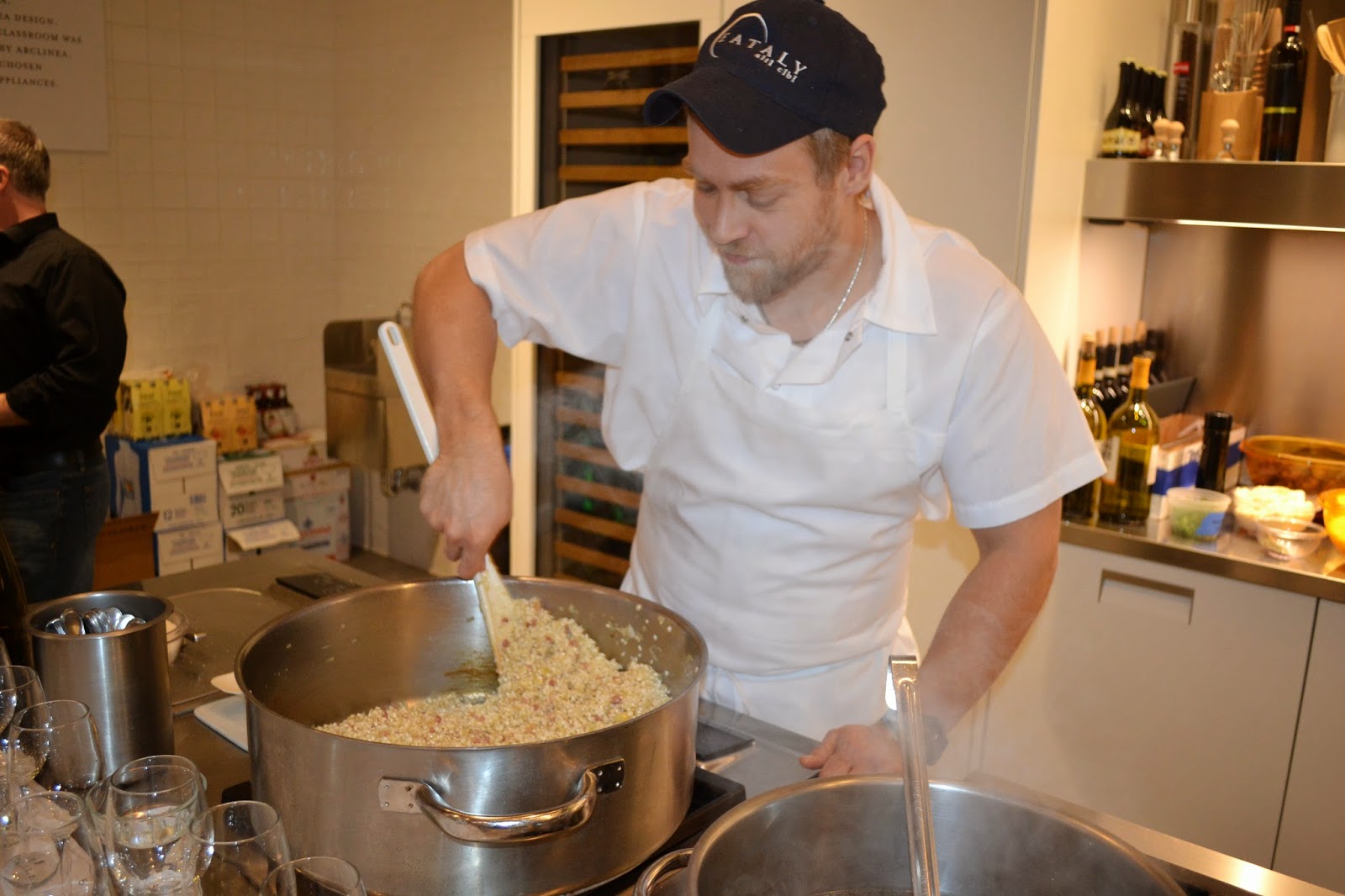 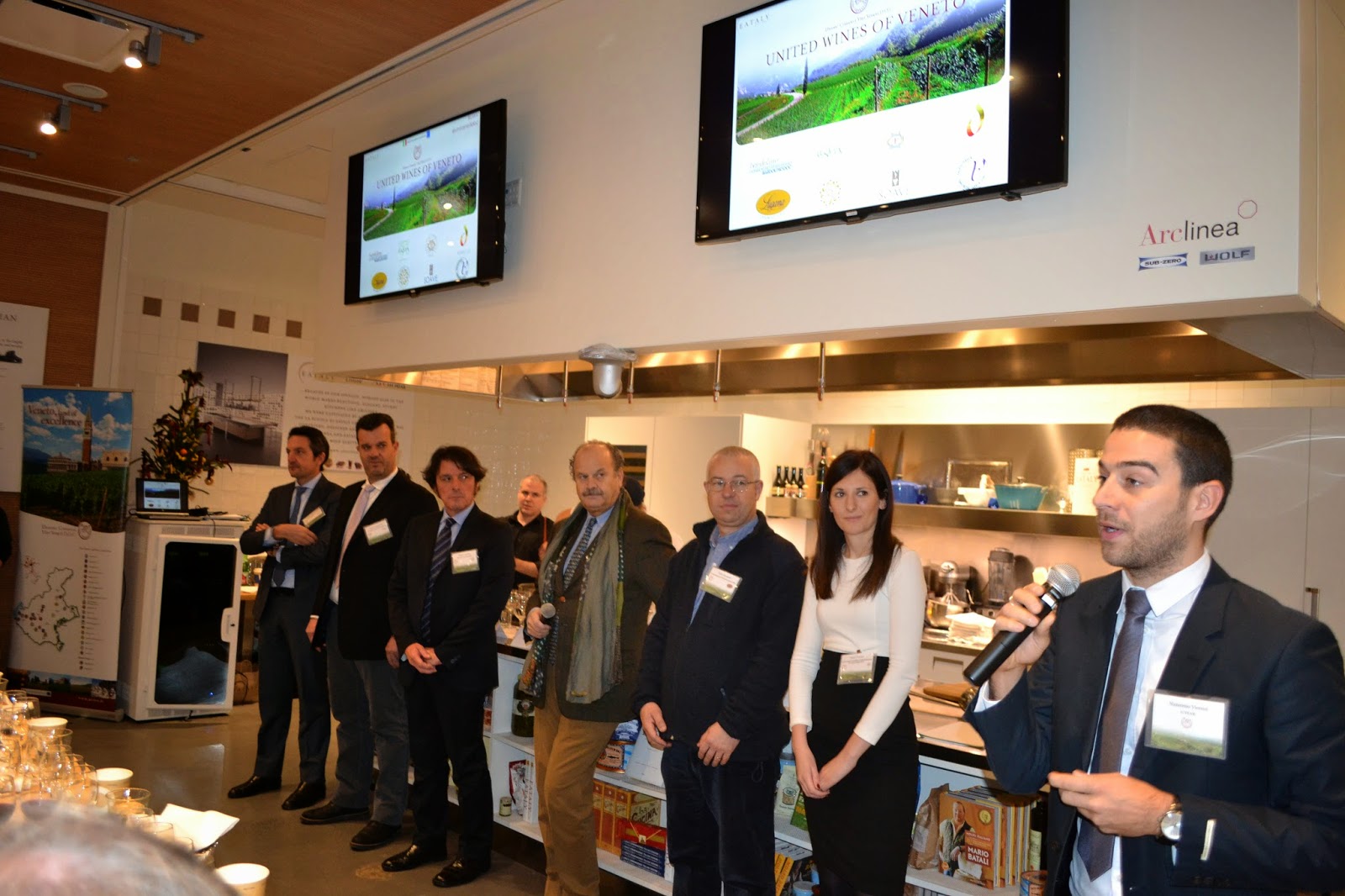 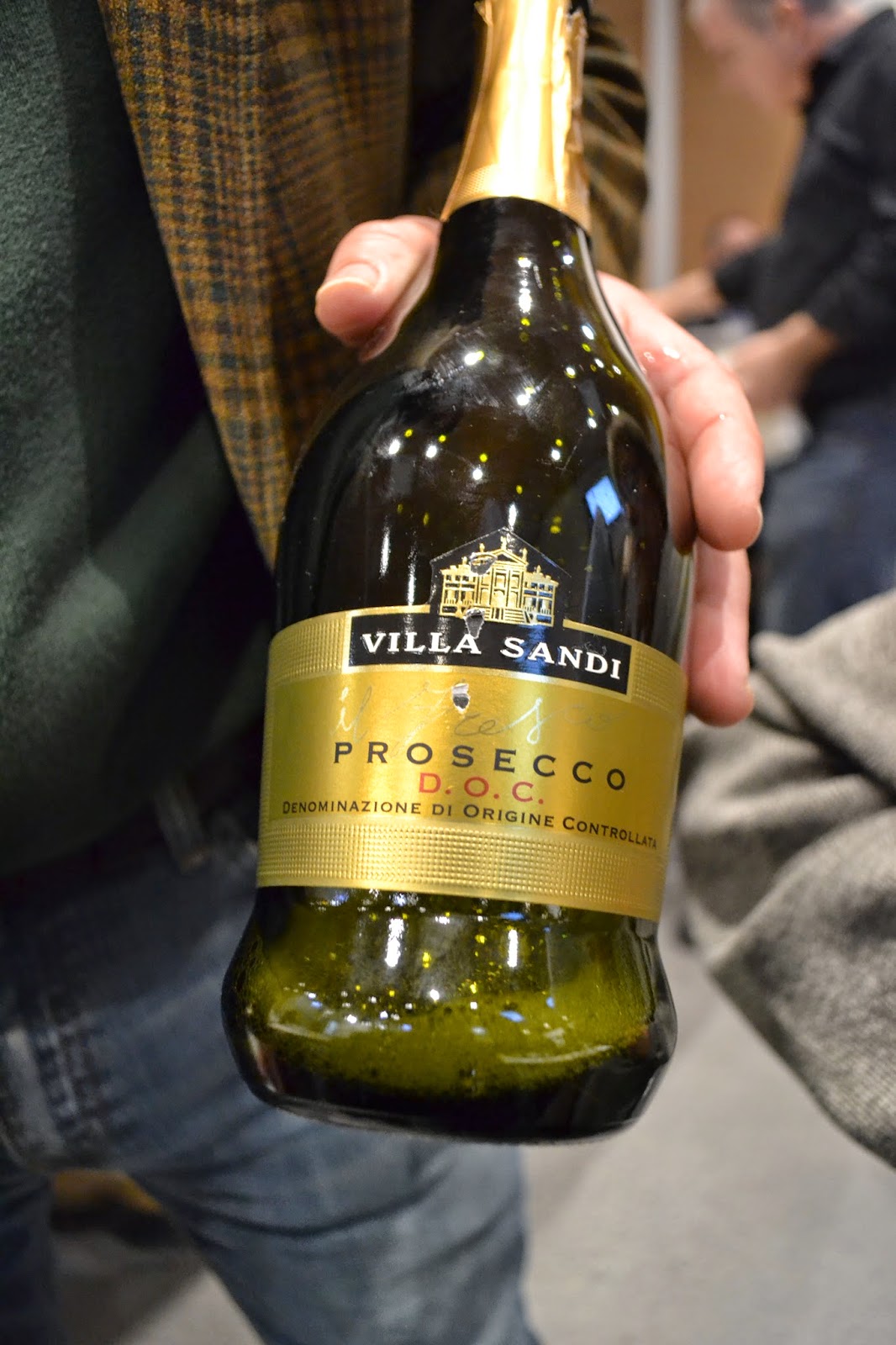 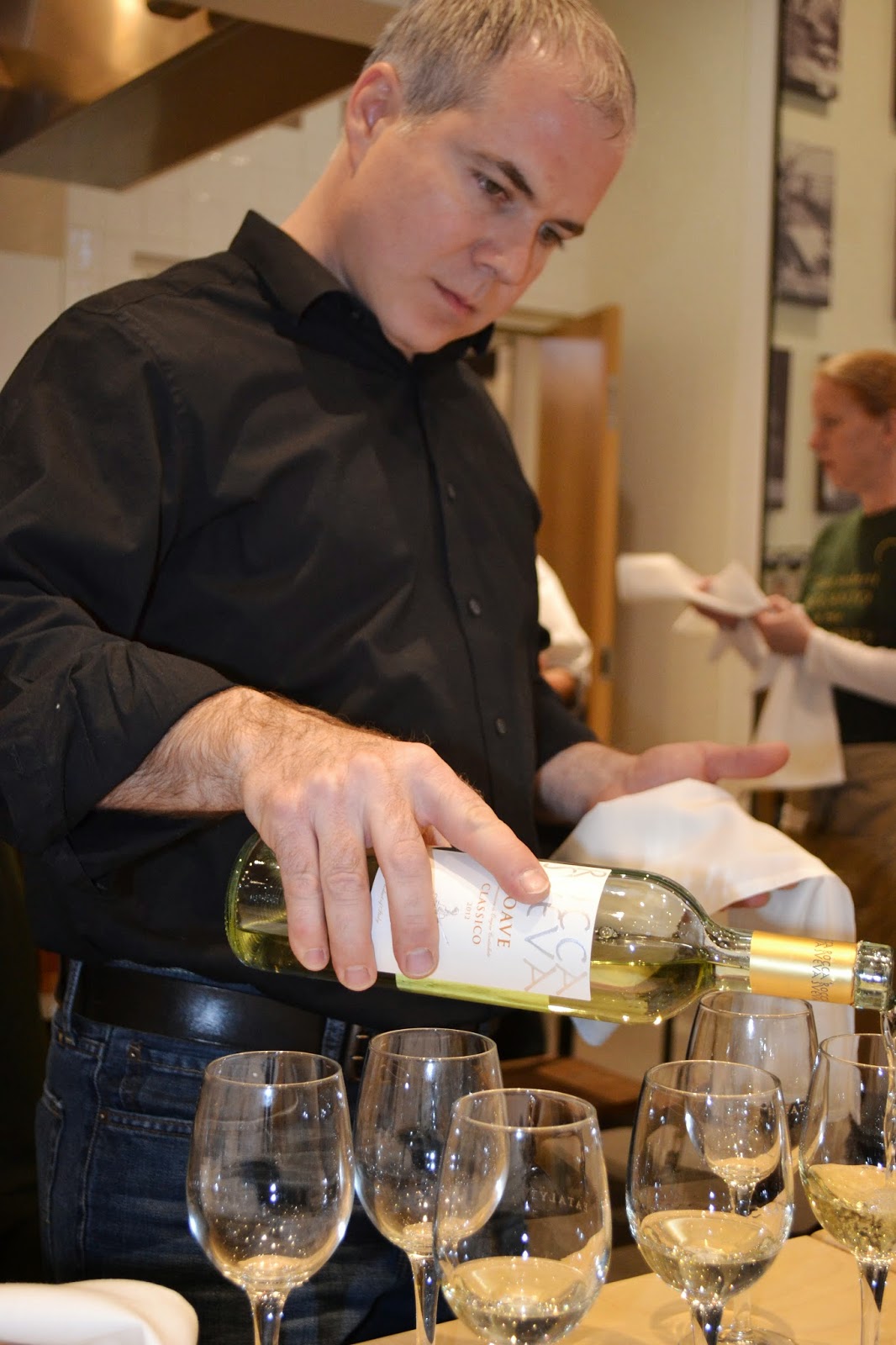 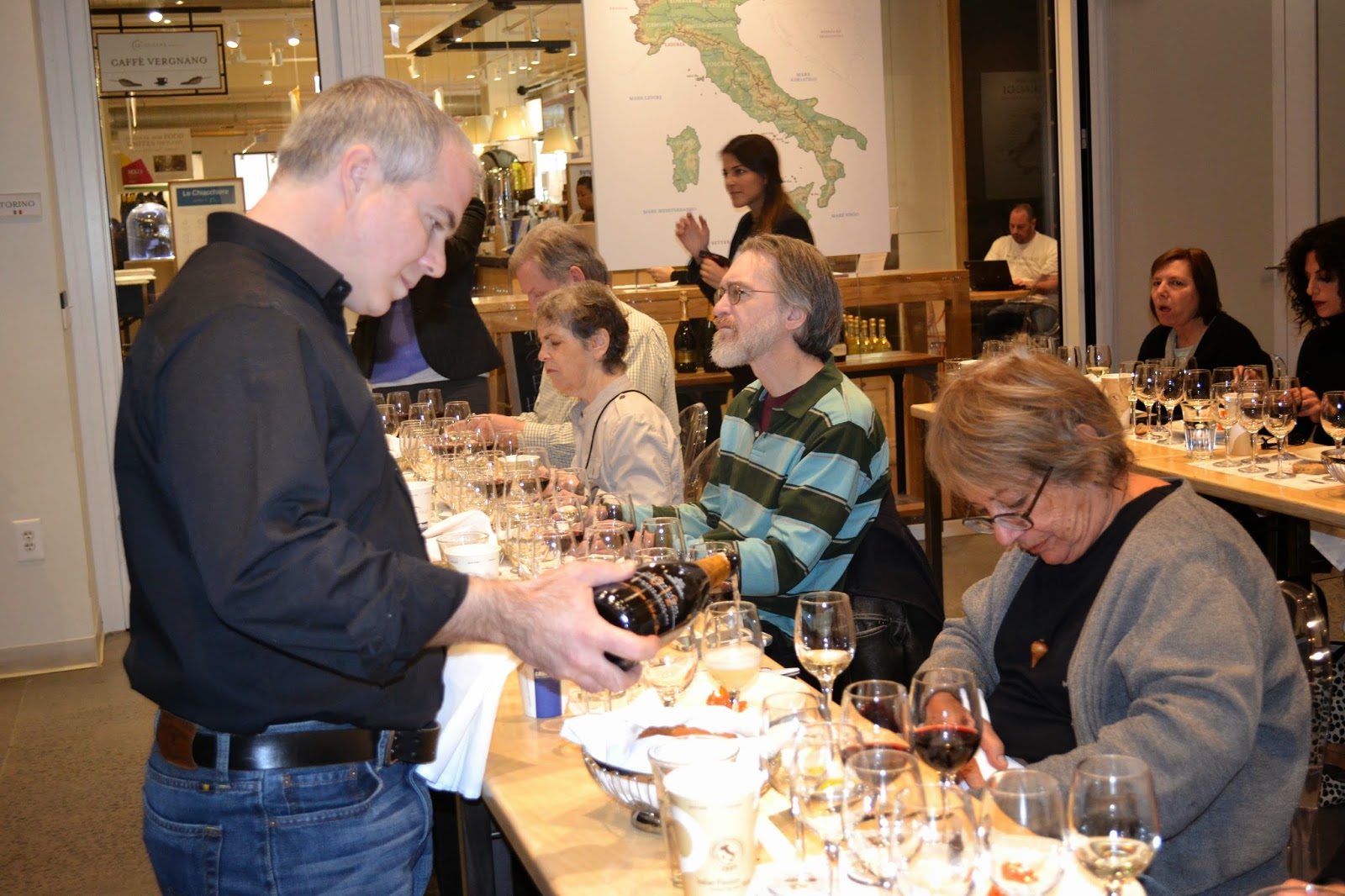 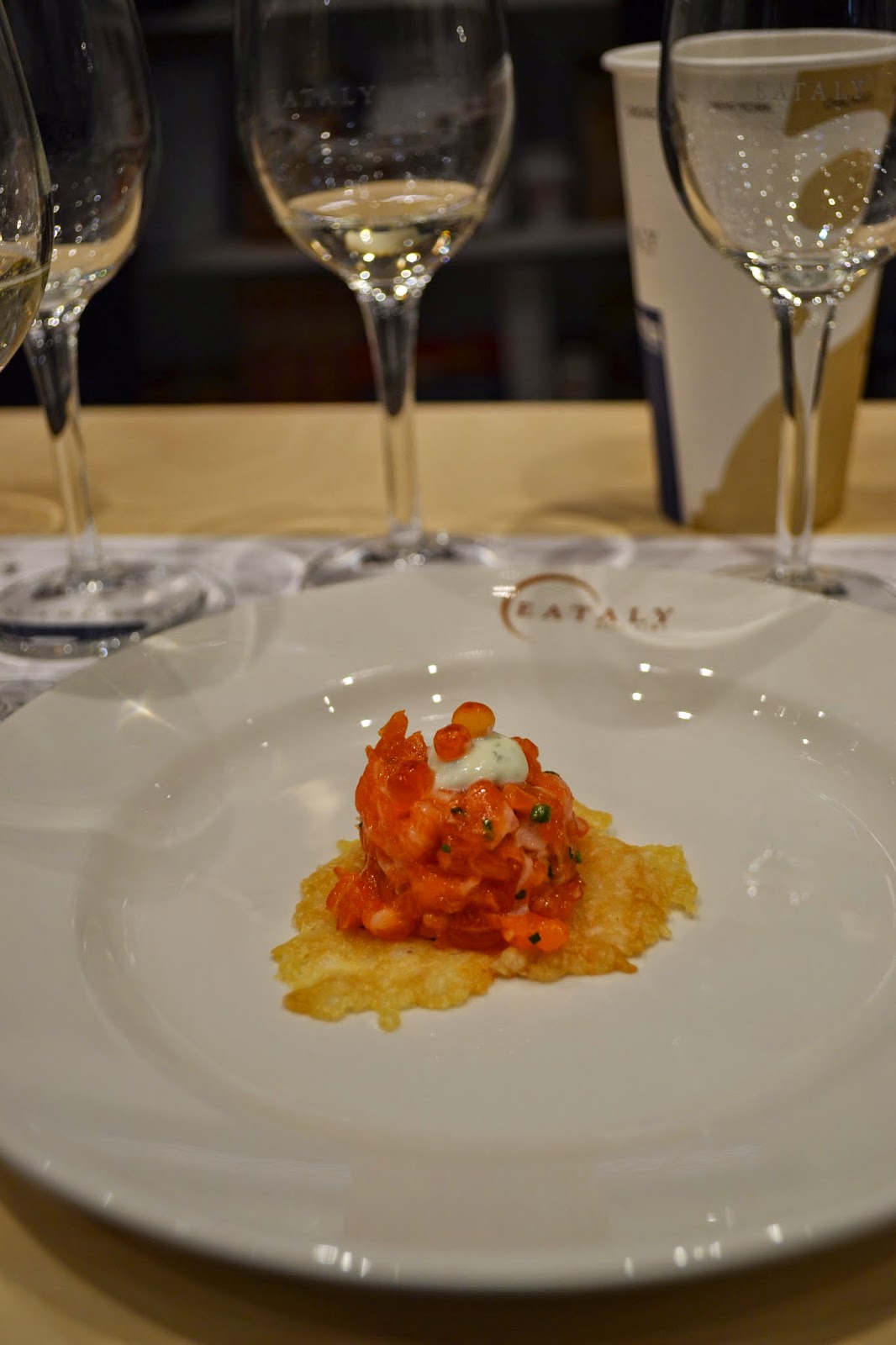 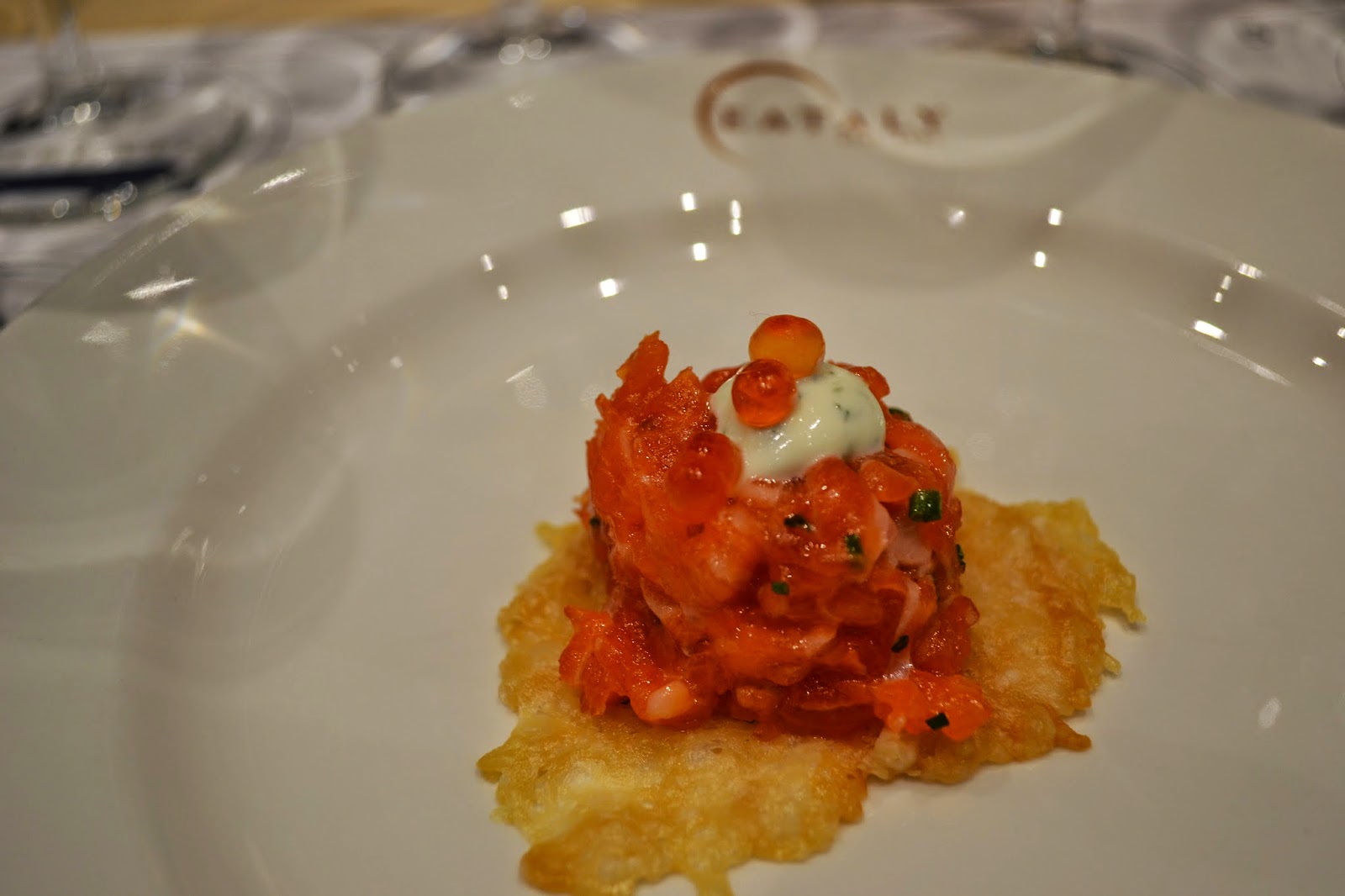 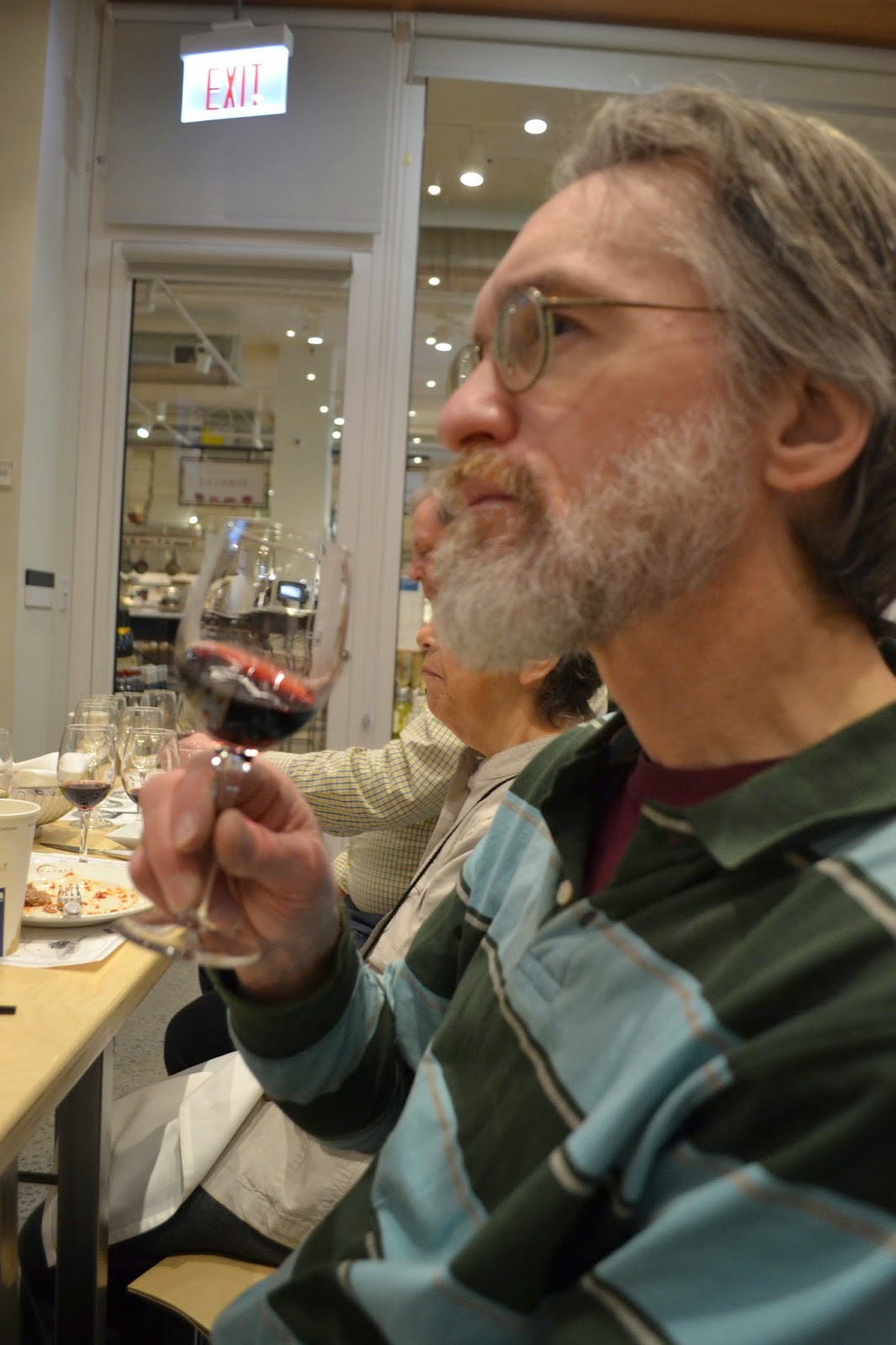 Above: A local wine merchant from Skokie takes in the Master Class while savoring Bardolino
Below: Venetian-Style Meatballs-Recipe Courtesy of Eataly 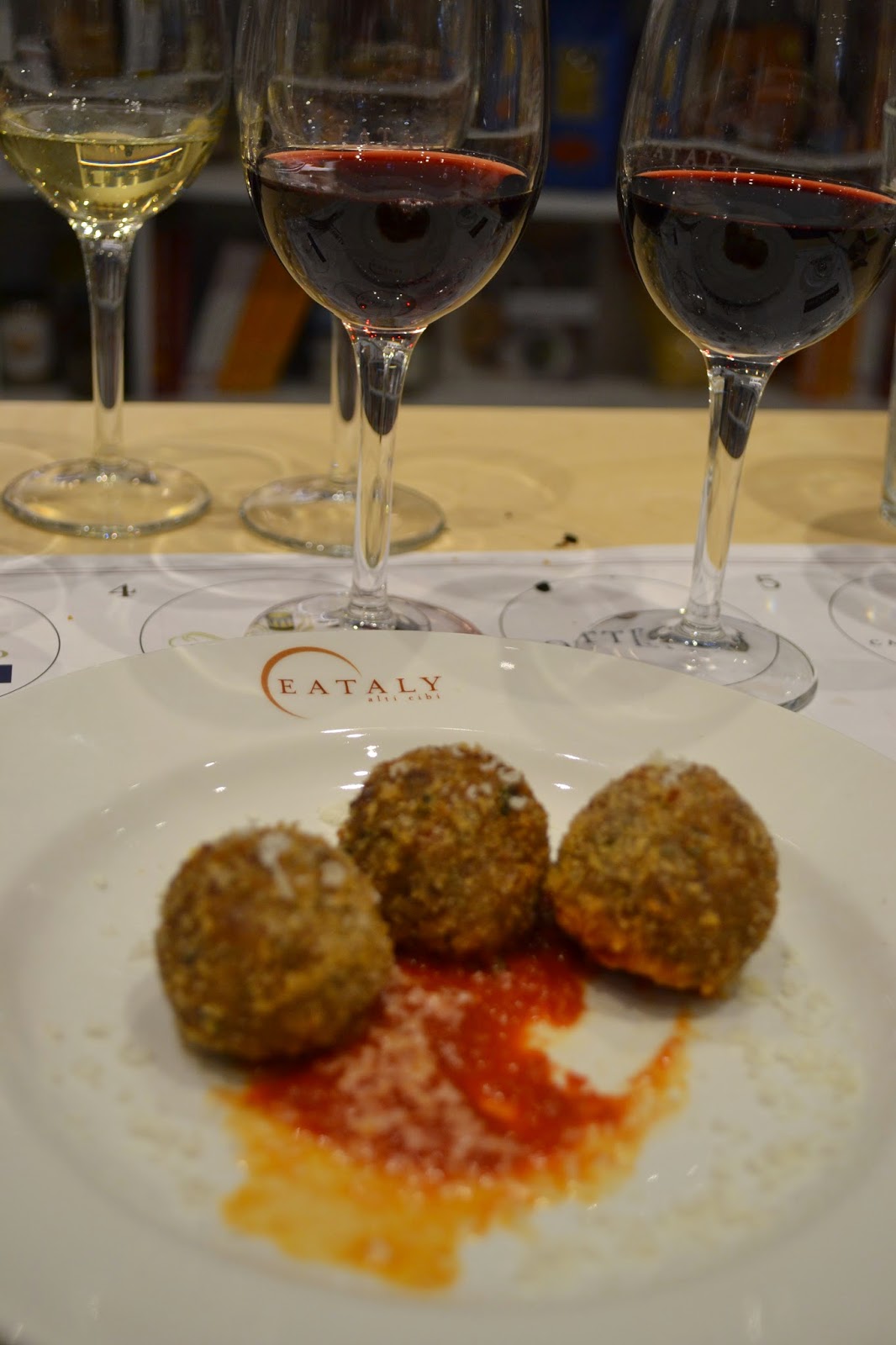 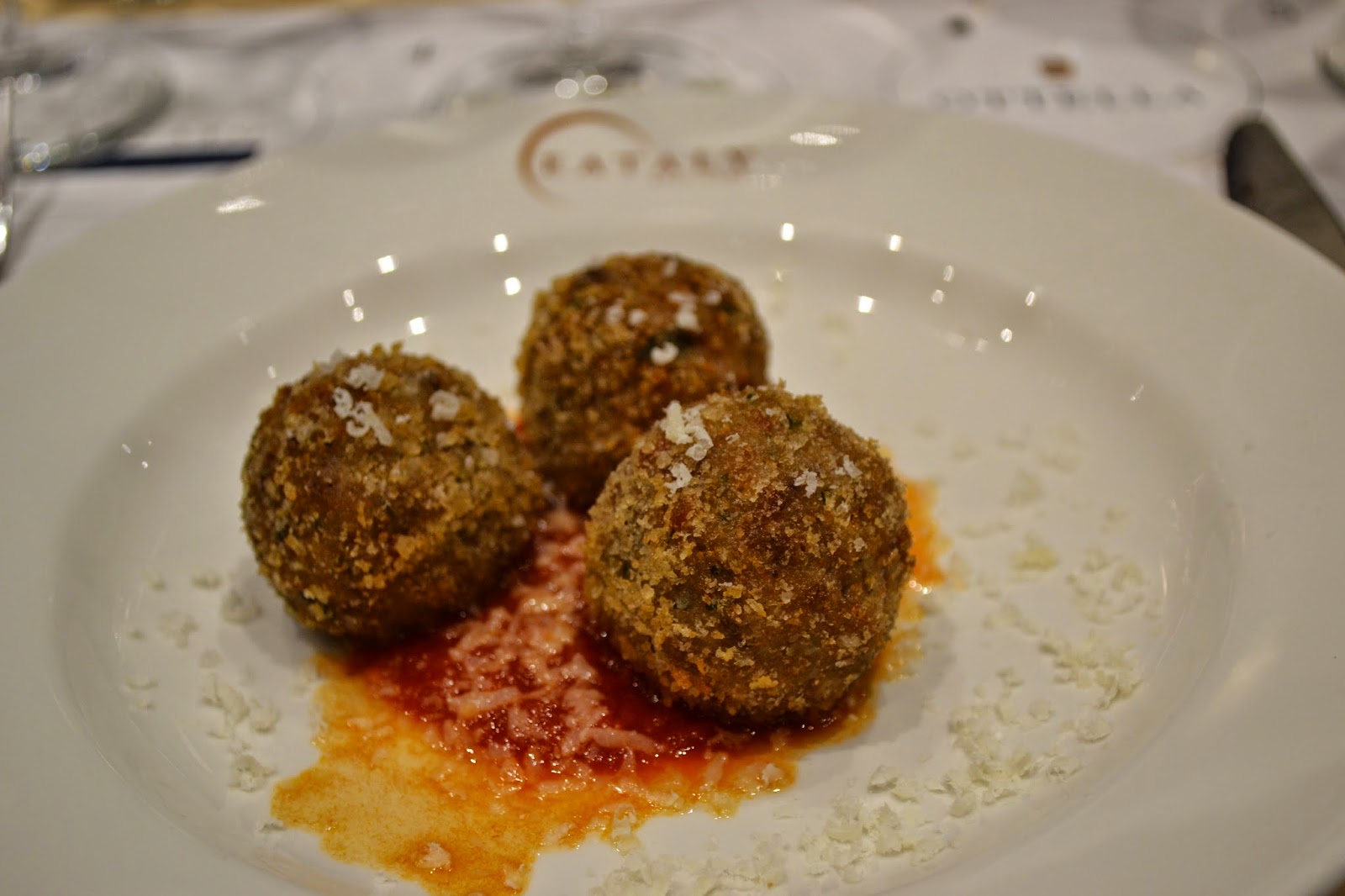 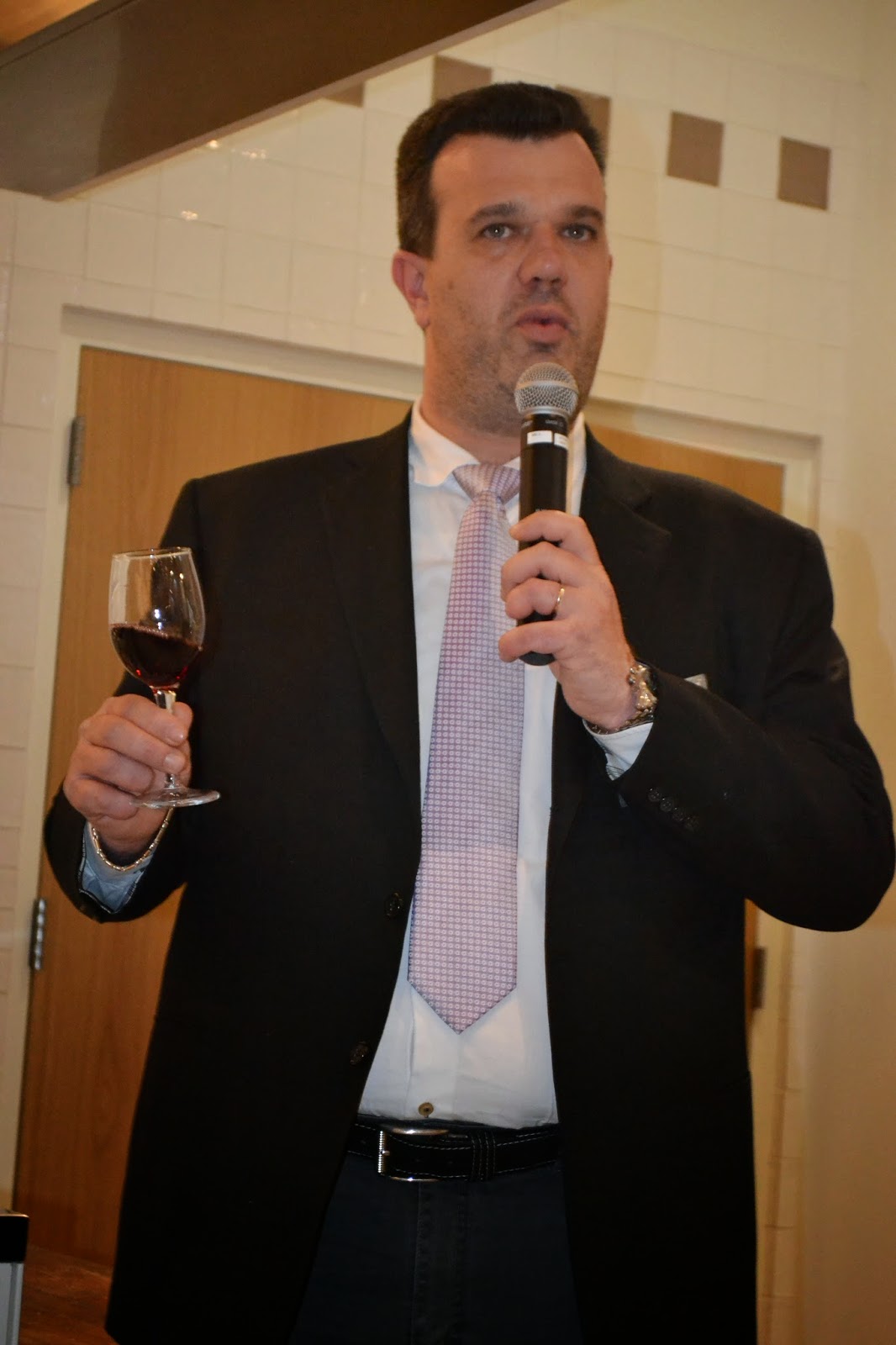 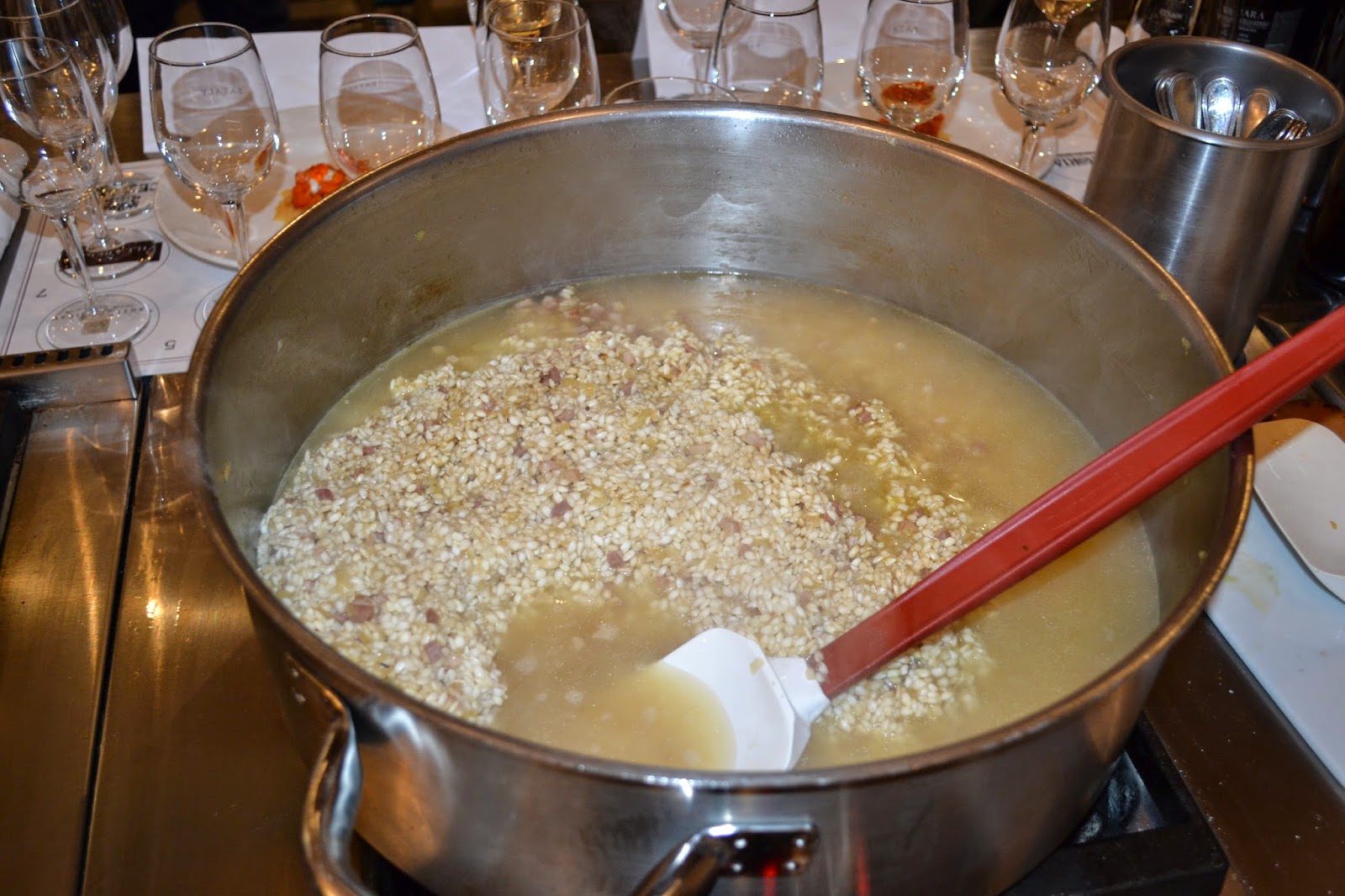 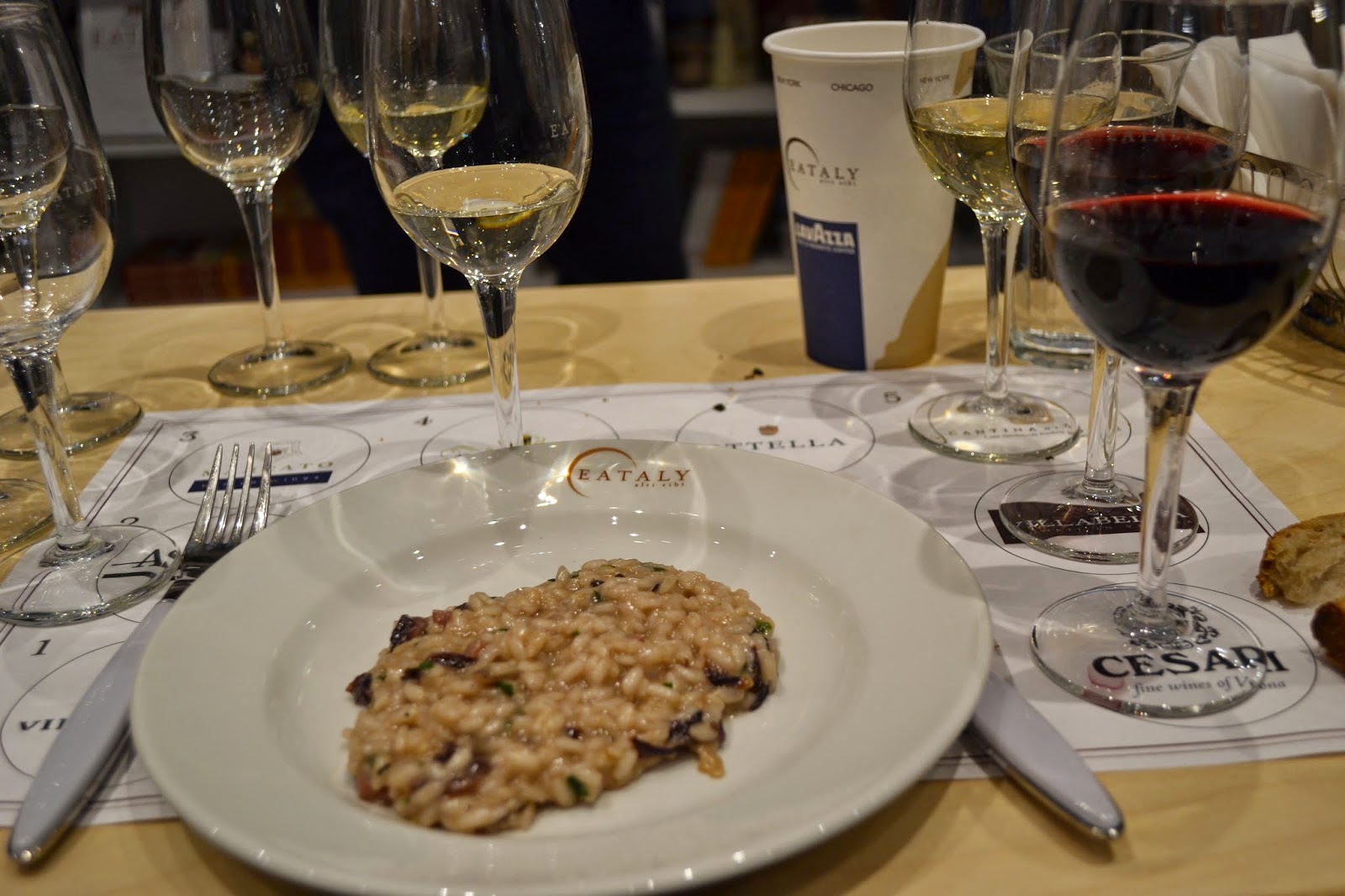 The finished Risotto with wine pairings 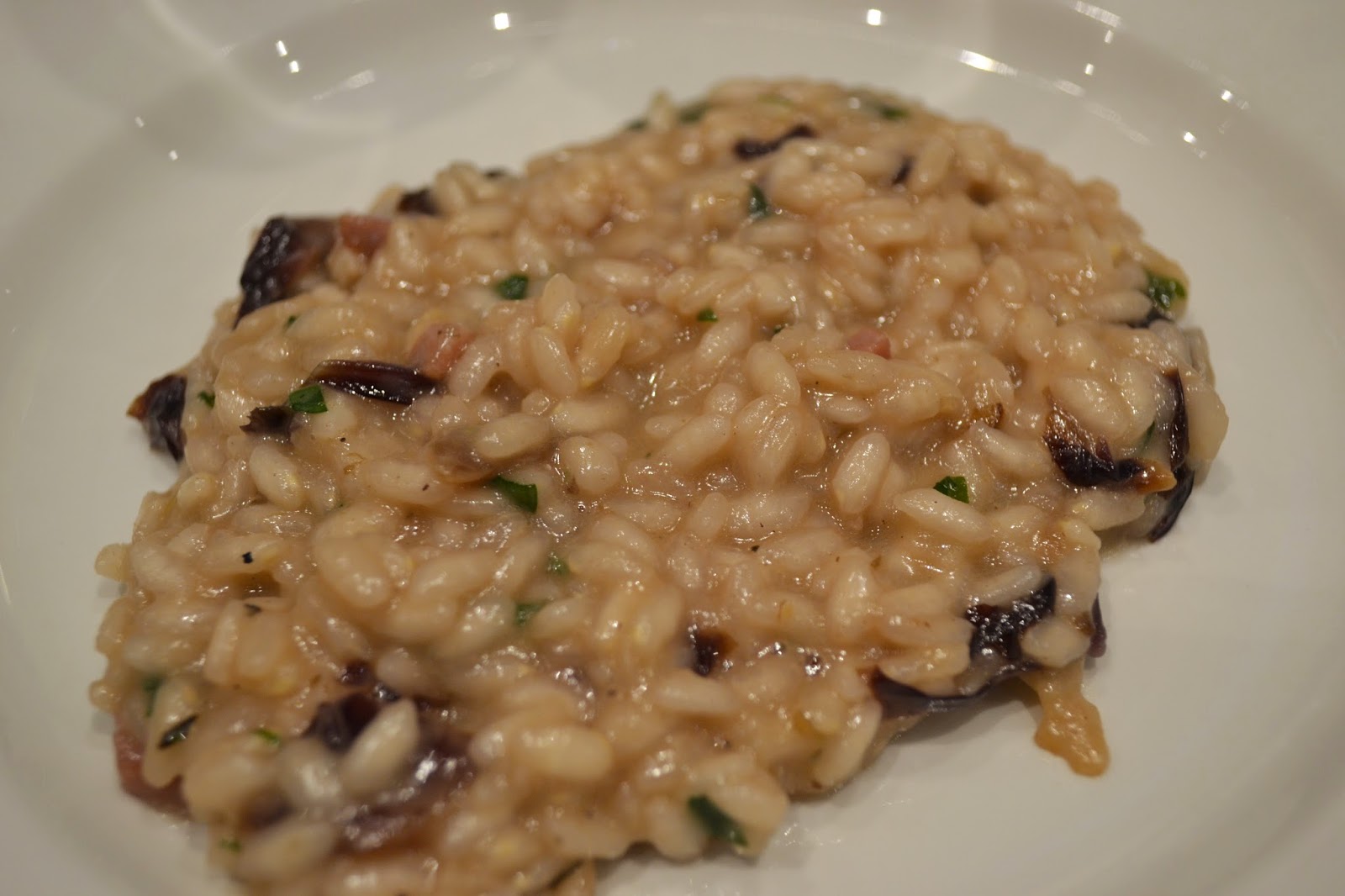 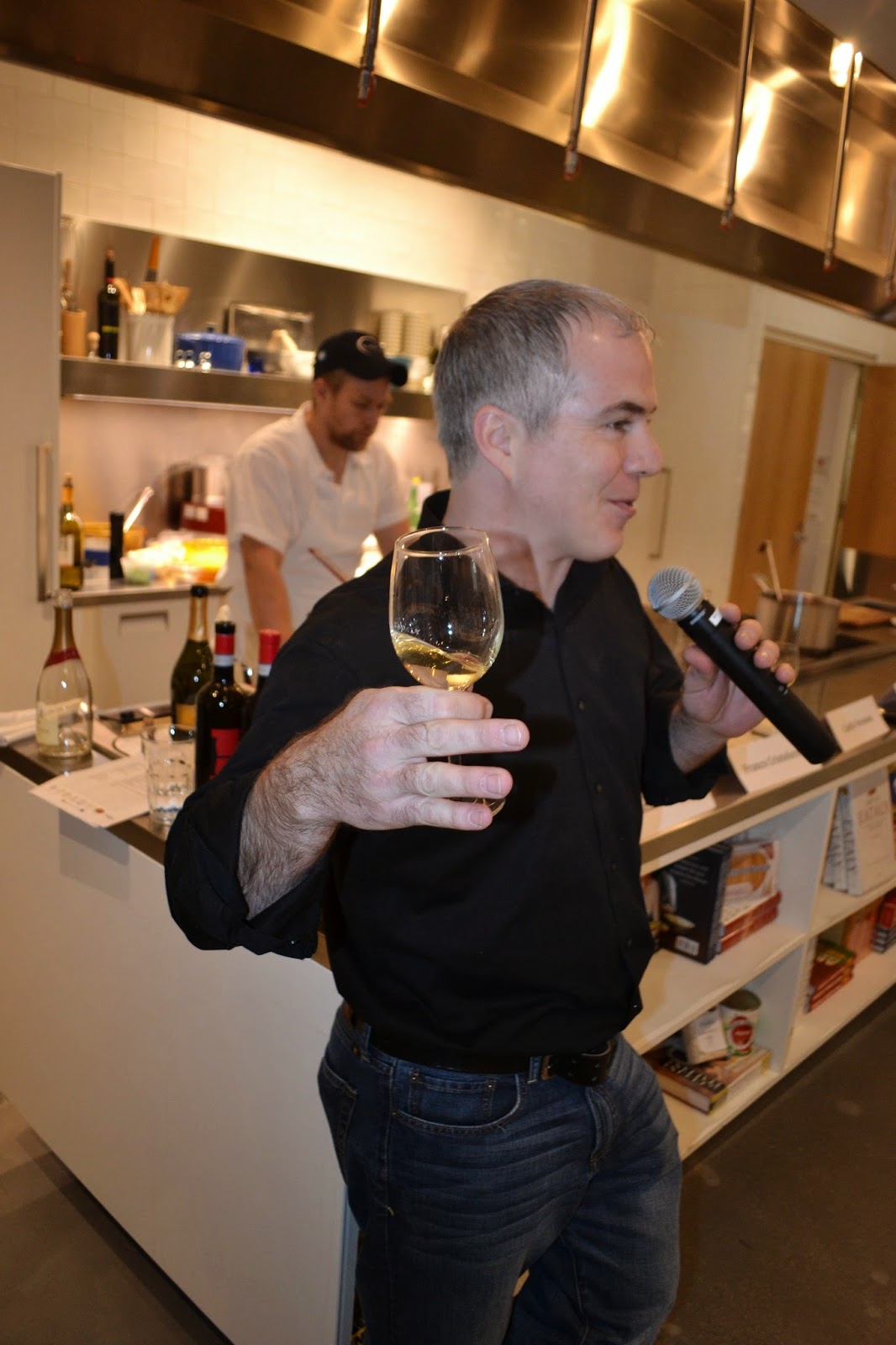 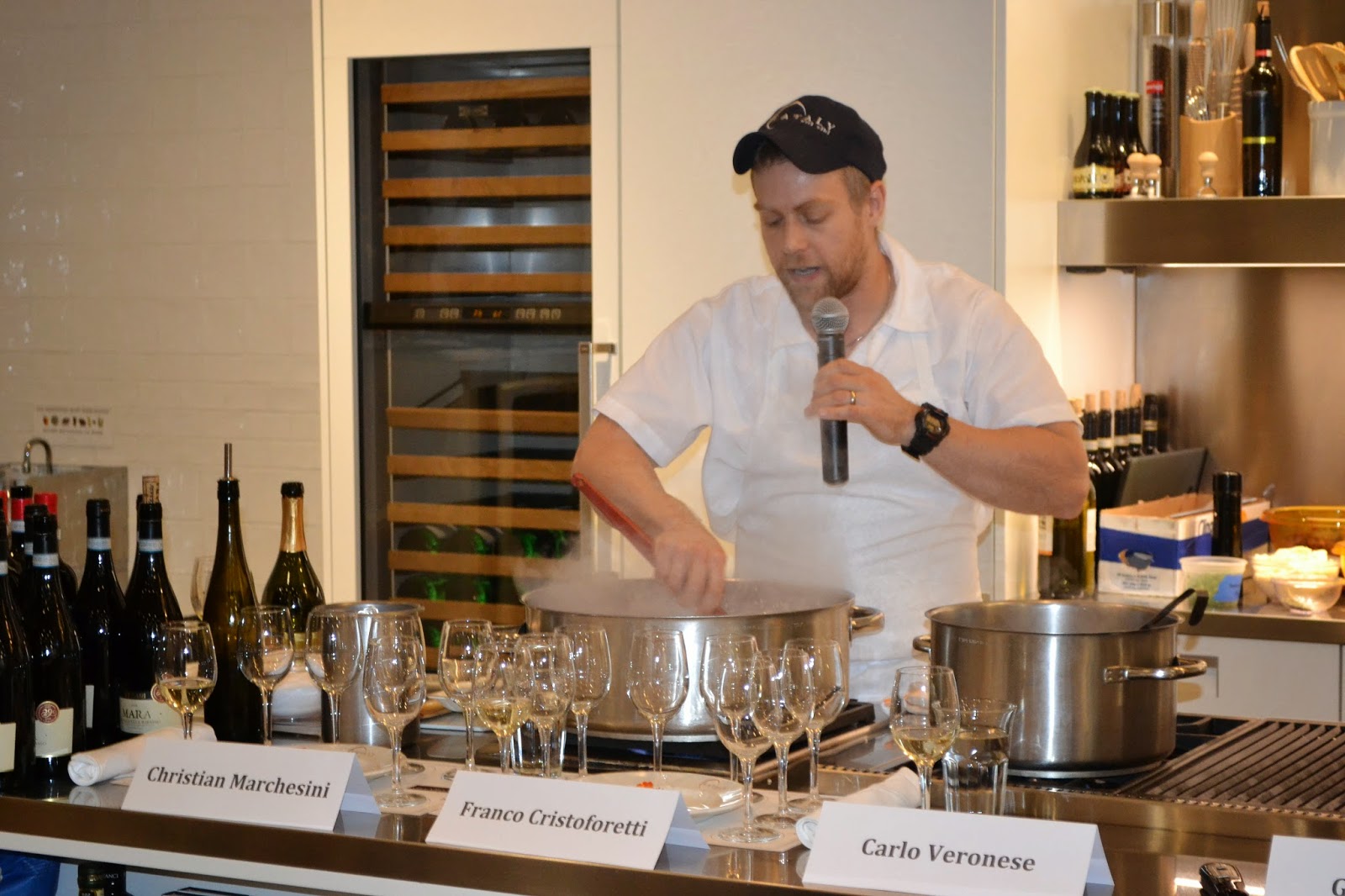 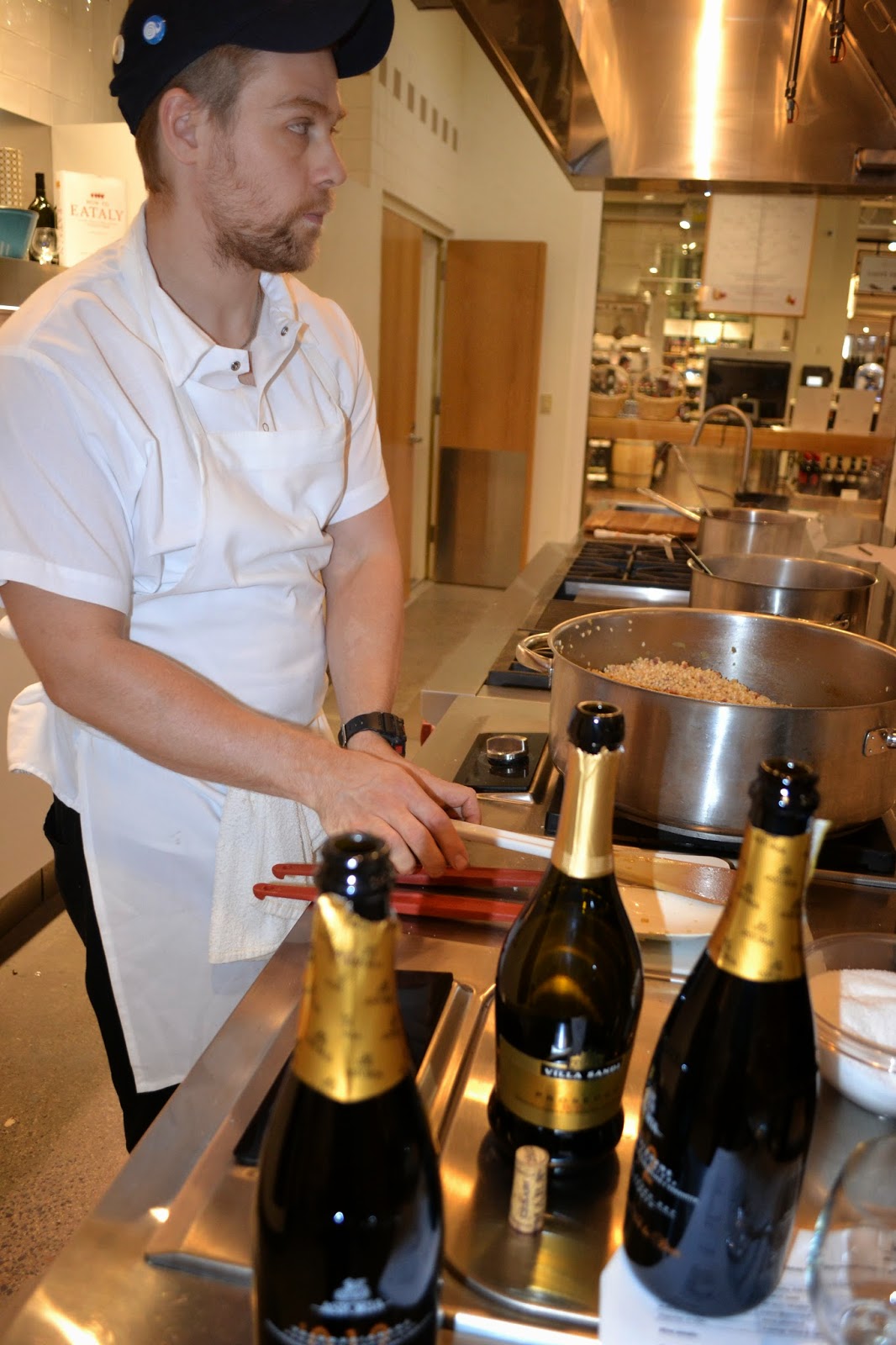 The vast array of United Wines of Veneto 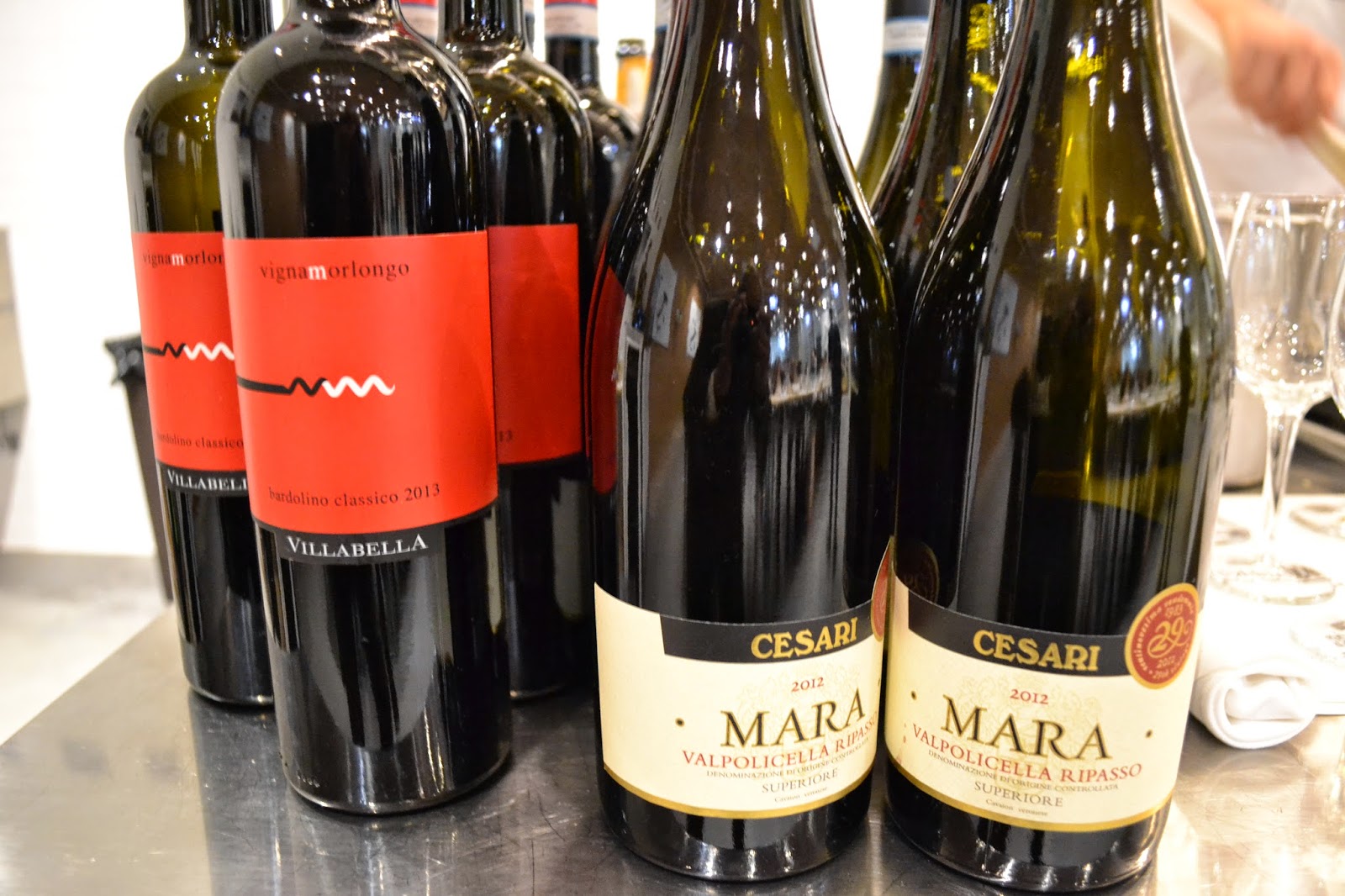 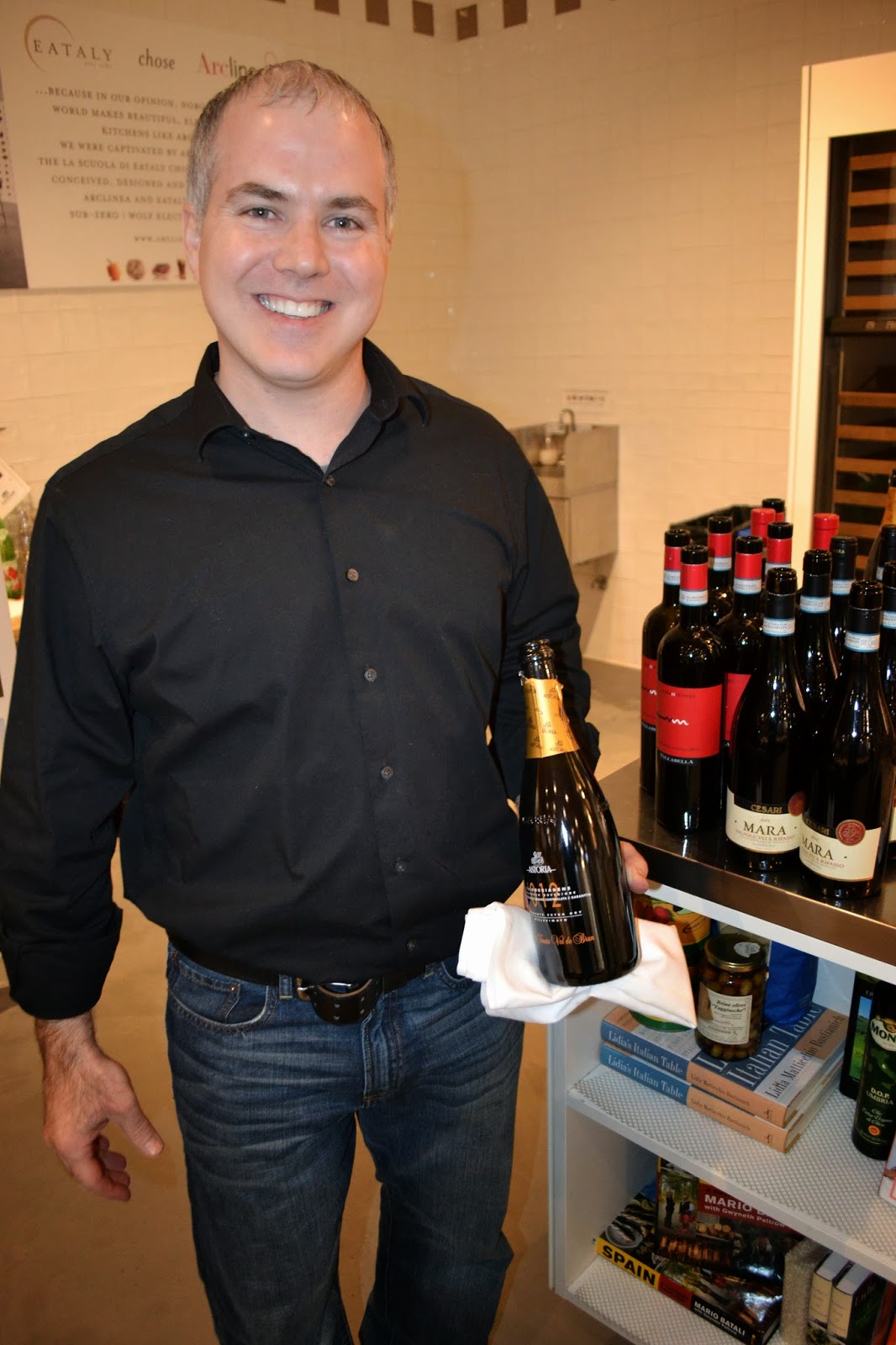 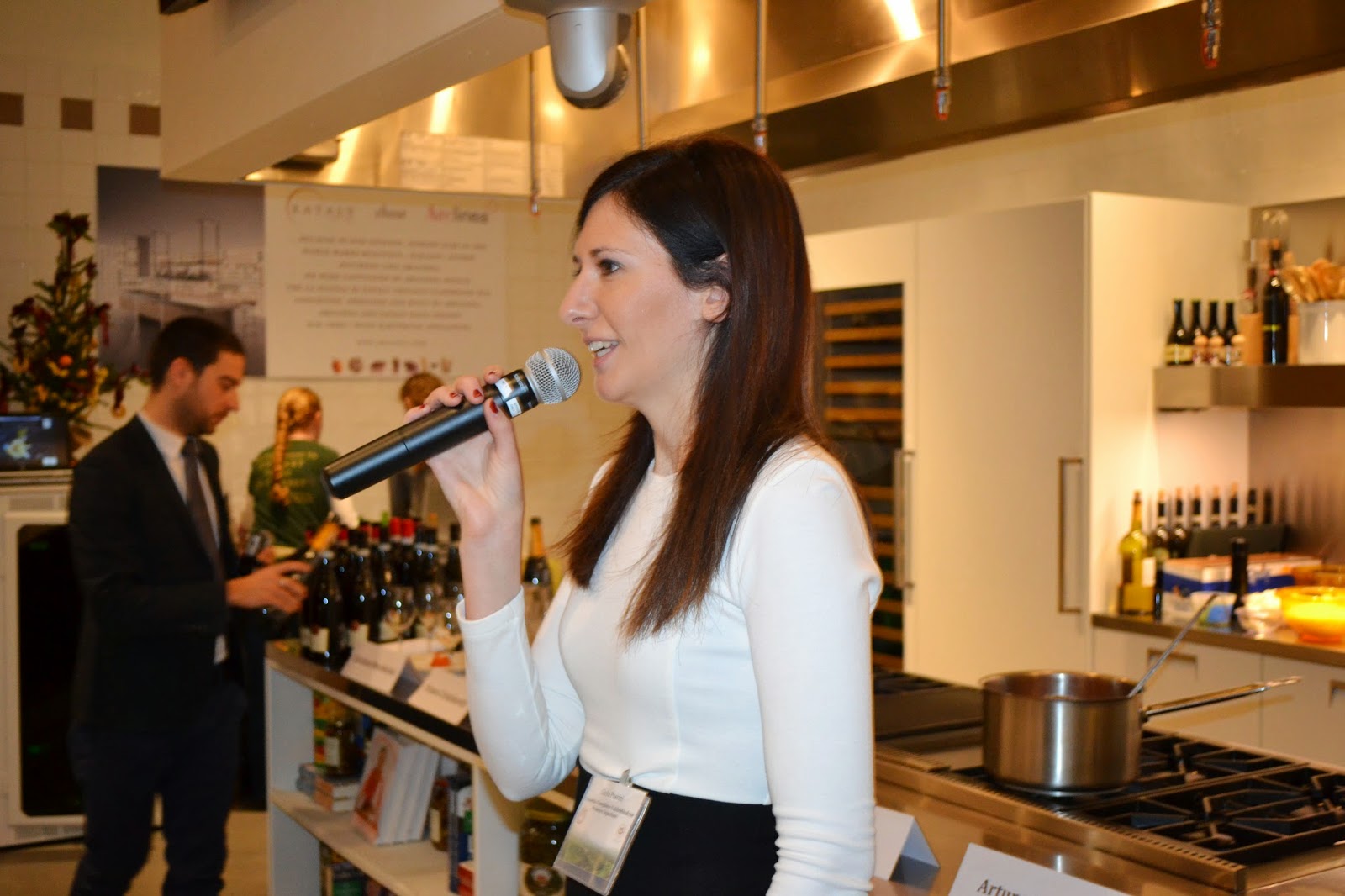 Above: Giulia Pussini of Conegliano Valdobbiadene Prosecco Superiore
Below: The leaders of the United Wines of Veneto Consorzi 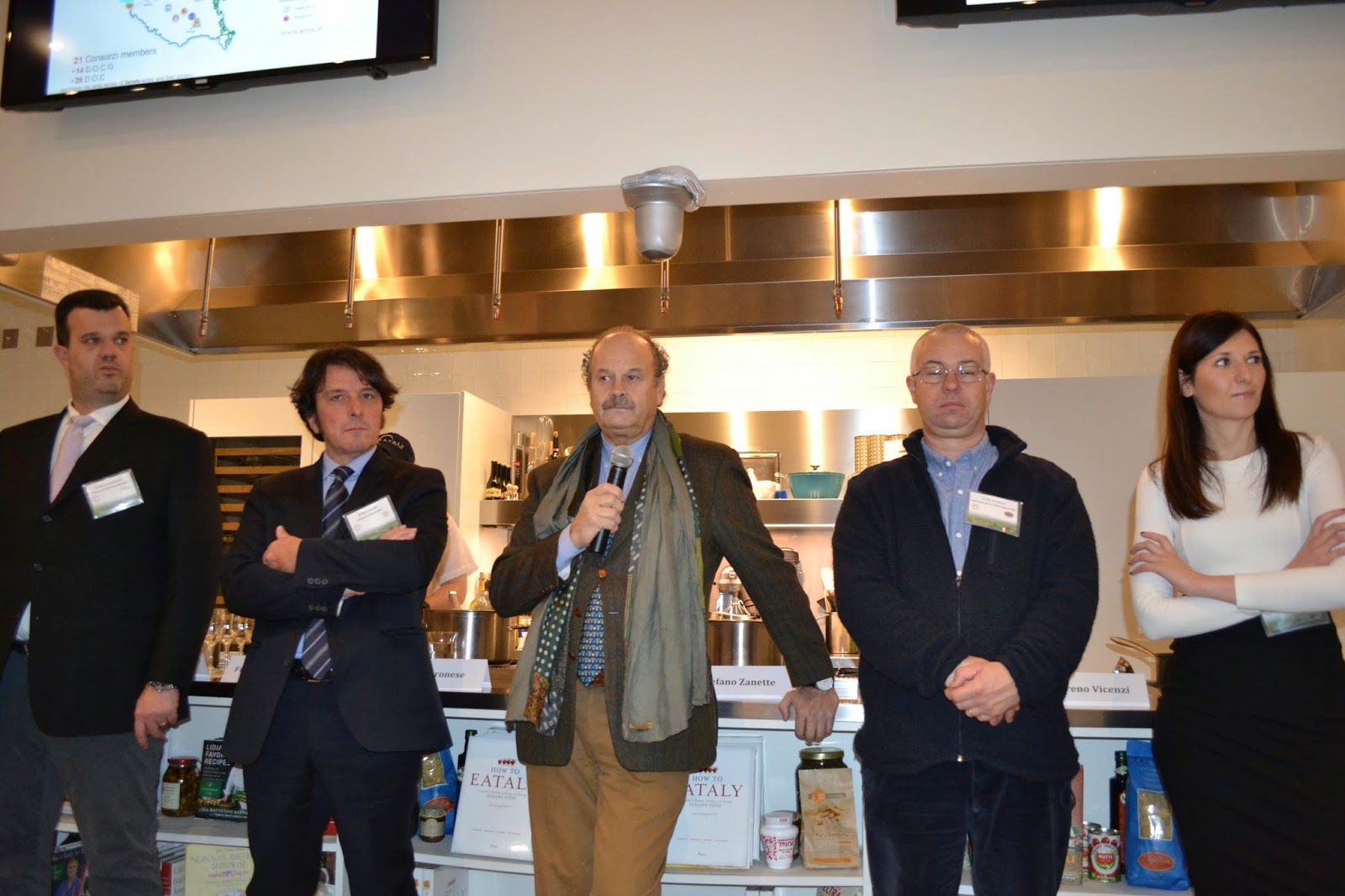 Place potatoes in a pot of water. Bring to a boil and season aggressively with salt. When the potatoes are fork-tender, drain them and pass them through a food mill or ricer.

Place all of the ingredients from the riced potatoes through the salt and pepper in a bowl and mix them with your hands. Be careful not to overmix. Form into balls, about 1/4 inch across.

Place additional breadcrumbs in a wide, shallow dish and roll the meatballs in the bread crumbs, pressing lightly to coat evenly. Remove to a clean baking sheet.

Pour the canola oil into a deep skillet. Insert a deep-frying thermometer into the oil and heat the oil over medium heat to 300 degrees F.

Test the temperature of the oil by dipping one meatball in. (Editor's Note: The pan should  give off a lively, steady sizzle). If nothing happens, the oil isn't hot enough. (Editor's Note: wait a bit for it to heat up. If the oil around the bread crumb coating boils and sputters, the oil is too hot. Take it off the burner for a few seconds to let it cool a bit, then put it back on the burner to heat to the right temperature).  When the oil comes to the right temperature, carefully slip about 1/3 of the meatballs into the oil. Don't let them touch. They cook more evenly if they're spaced a bit apart. Fry the meatballs, turning as necessary with tongs or a slotted spoon, careful not to break them up, until they're golden brown and crisp on all sides, for about 8 minutes. Remove and place on a paper-towel lined baking sheet. Keep them in a warm oven if you like until all of the meatballs are cooked. The meatballs can be served either hot or at room temperature.

"I like to serve them over a little of my own fresh tomato sauce , sprinkled with a bit of the cheese on the plate," chef explained.  For another variation,  you could also make a light gravy with the pan drippings, deglazed with a little bit of the wine, for a different touch. You can also flavor it with a bit of fresh finely chopped oregano or crushed mint to give it a slightly exotic flavor note.  This is a dish you can put your individual stamp on that will thoroughly delight your guests and show off the versatility of the great wines of the Veneto.


Posted by Dwight the Connoisseur at 12:56 PM