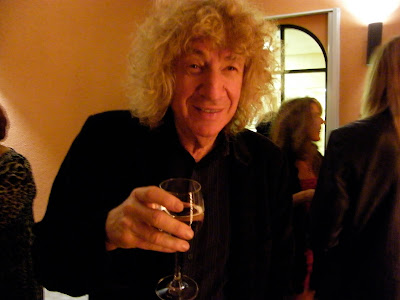 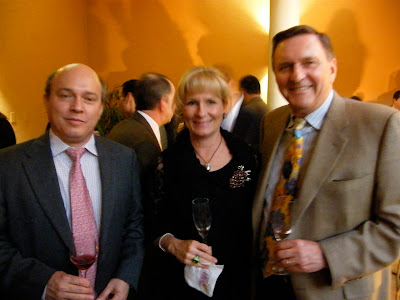 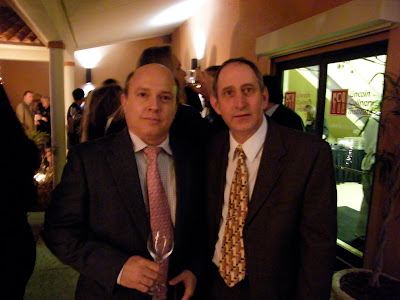 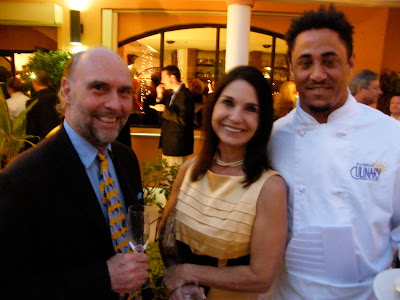 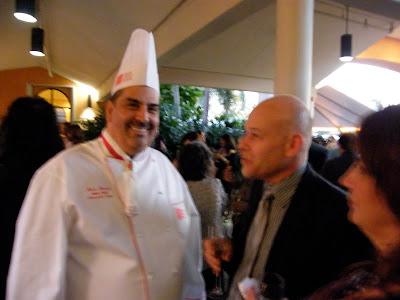 A lush, tropical early spring night in West Palm Beach, Florida in a Mediterranean garden provided the backdrop for one of the most prestigious events to celebrate the nation’s finest wines. The Gala Dinner of the American Fine Wine Competition was held at the Lincoln Culinary Institute (formerly the Florida Culinary Institute) in West Palm Beach. This wine fantasy presented nearly 500 award winning American wines paired with an amazing menu prepared by South Florida’s most revered chefs.

“This is strictly a celebration of American wine” Patrick Sullivan, Wine & Spirits Editor for Dine Magazine told me over a glass of Ferrante Pinot Grigio,Grand River Valley ($14.99) of Geneva, Ohio, about an hour outside of Cleveland, the Best of Show winner at the night’s festivities. As a member of the distinguished panel of unbiased judges for the 2010 American Fine Wine Competition, Sullivan had a unique vantage point from which to view the evening’s celebrants. “The wines honored here tonight are unique in the world for the quality and sophistication. Every wine we have here flies in the face of some of the biases that exist out in the marketplace that the United States can’t produce wines of equal quality and versatility as those in France or Italy. There are wines here tonight that could go toe to toe with any European wine and win hands down!”

Winemaker Nicholas Ferrante of Ferrante Winery & Ristorante, was practically giddy with delight over his wine’s singular honor. “There aren’t a lot of people who believe that a fine wine can come out of Ohio, but when you look at the reality of terrain and climate, there’s not too much different between our part of the world and the Loire Valley in France. This is a landmark night for the American wine industry. Everyone here, including myself, will walk out of here with our heads held high, knowing that we are not only the best in the country, but standard-bearers for the entire American wine industry.”

Presented by Patrick Risk Management, the winners of the invitation only wine competition had their offerings poured by 40 local “wine angels,” including event organizer and chairperson Shari Gherman. As she poured me at glass Rombauer 2006 Zinfandel ($24), she gushed, “This evening is all about passion. You can feel it in the air and taste it in the wine and the food.”

After a wine-tasting ‘cocktail’ hour that included hors d’oeuvres such as BBQ spiked, skillet seared shrimp with mango cocktail sauce and Leg of Duck Confit ‘Cakes,’ the evening included dinner prepared by award-winning chefs, including Johnny Vinczencz o Johnny V’s in Las Olas and Cindy Hutson of Ortanique on The Mile in Miami.

An appetizer of pan seared Alaskan Diver Scallop with fennel, potato and duck confit, segued seamlessly into an entrée of Short Rib of Beef with Lobster and Wild Mushroom Break Pudding, expertly served by the culinary students at Lincoln Culinary Institute.

The selections of wines served at the dinner were worthy of any you’d find in the cellars of the most discriminating collectors. To have them served all under one tented “roof” was like having Ambrosia amongst the gods. DeLoach 2007 Russian River Valley Pinot Noir ($21.99) was the first of many outstanding offerings I accepted from the ‘wine angels.’ It’s hard to believe that a pinot noir, especially one so well structured, is available at this price. This is a wine that will age beautifully in the cellar, but why wait; it’s so perfect now! With the short rib and mouth-watering side dish of the lobster bread pudding, this southern take on ‘surf ‘n turf’ was enough to make culinary necks ‘snap’.

Likewise the Arrowood 2004 Cabernet Sauvignon, Reserve Speciale, also from the Sonoma Valley ($110) was a rare opportunity to taste one of the truly great California wines that will be talked about for many years as a benchmark. The wine is only available in limited quantities. (There’s a six-bottle purchase limit). You’ll most likely only encounter it at the most discriminating wine shops or on wine lists at the nation’s most prestigious restaurant venues such as the Ritz Carlton or The Palm or Morton’s Steakhouse. If you see it retail, snatch it up because you’ll probably fork over a hefty tariff at a restaurant.

Joseph Phelps is another California winemaker who never disappoints in the red wine category. His Insignia red blend ($149) remains one of the benchmark American Bordeaux styled blends with its concentrated aromatics of lush black fruit and back notes of coffee and rich cola syrup. This is the wine to have with an exquisitely aged prime steak. If you’re a real wine connoisseur, you won’t want anything with this wine but a proper Riedel glass and perhaps a good Dominican Maduro cigar or a crackling fire and some Mozart or Miles for atmosphere!

There were a number of serious wines poured in the $100 plus range that made this a signature evening for wine lovers. There were also a number of wines in the $20-$45 range that also stood out as America’s best. That’s the beauty of American wines. There are still some terrific buys out there. All you need is an adventurous palette and an opportunity for exposure such as the one provided at the American Fine Wine Competition Gala Dinner. Bon appetit!

Posted by Dwight the Connoisseur at 12:58 PM