Stand aside Argentine, the 'real' Malbec is in town! 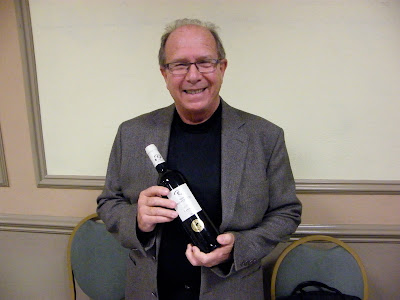 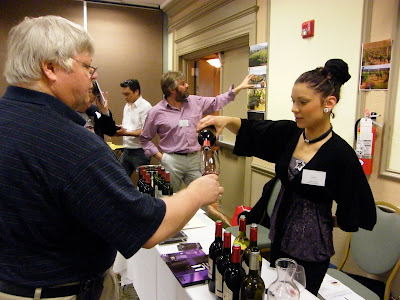 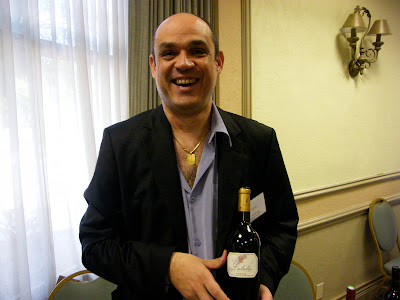 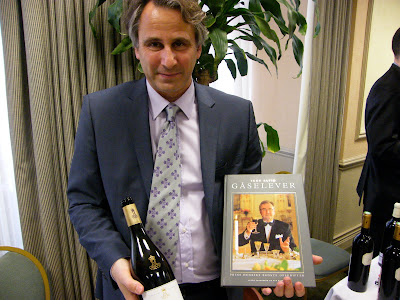 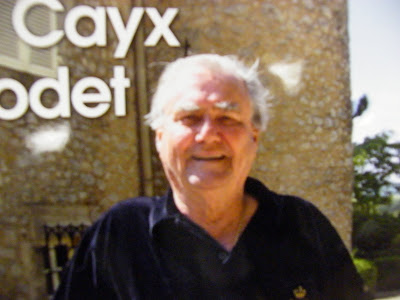 Move over Argentina, the “real” Malbec is coming to a wine retailer near you direct from its historic home in the south of France.

Wine producers from the Cahors region of southwestern France, where the Malbec grape variety originated more than 800 years ago descended on the Holiday Inn, Coral Gables, Florida, near Miami, to hold a day-long immersion in the lush, fruity wines from their region. Many of the wines have yet to obtain distribution in the United States, but there are a few labels that can be found on local store shelves and at $10-$15 dollars a bottle, they represent a real value when tabulating the taste to price quotient.

One wine that is available at online wine stores and some specialty wine retailers is Chateau de Cayx, a small production historic estate owned by His Royal Highness Prince Consort Henrik of Denmark. Guillaume Bardin is Director of the prestigious Chateau, which is located on the site of the Quercy Ancient Fortress that dates from the 18th Century.

“I started working with Prince Henrik a long time ago for one big reason, I, like the Prince, am very passionate about wine. The second reason is that three years ago, the Prince asked me to take charge completely of the sale and marketing of the wine in the United States and around the world.

“The Prince bought the Chateau in 1975 and built the winery in ’93. Since 2007 we have been selling the wine directly from the Chateau. Before that, we sold through a negotiant. The wine used to only be available to people who came to the Chateau for a visit, now, we are selling directly to retailers.”

Prince Henrik is somewhat of a celebrity in France, on the order of a minor-league Wolfgang Puck, with TV shows, magazines, videos and cookbooks that he hopes will catch on in the United States and elsewhere. Surprisingly, his wines, which are 100% Malbec, sell in the $13 to $20 range.

“The Prince is very passionate about the role of wine in food. He’s written three cookbooks, one of which has just debuted on the English-speaking market. He likes to combine food with wine as well as with poetry, which he writes as well. He’s something of a Renaissance man in that regard.”

The wines are dark red in color and very intense. They have a delicate aroma of ripe cherries on the nose and a silky feel in the month. Hints of pepper and spice linger on the back of the throat as the concentrated flavors work their way across the palette. Surprisingly, no oak is used in the vinification of most Malbecs of the Cahors. The entire flavor comes from the rich, chalky ‘terroir’ or soil character and the gnarly, wooden-like ‘old vines’ that date back some sixty years. “To us, these are still considered new vines, because everything was wiped out by the deadly War. In the U.S, these would be considered ‘Old Vines’, but to us, they are still new.”

The Miami tasting marked the U.S. premiere of Chateau de Cayx’s newest wine, Cuvee Majesty. “We have been looking for an excuse to come up with a new cuvee, so we decided to celebrate the Prince’s 70th Birthday with the release of Cuvee Majesty,” Guillaume said proudly.

“The wine is very special because it best represents the terroir of the estate. The terroir is very special because it is primarily on the slopes of the property. The wines all grow on terraces. All of the vineyards face the meandering river. It’s a very beautiful and the soil is very different if you up high on the hill as opposed to down the hill. The concentration and consistency of the soil is constantly changing as you approach the higher elevations. That’s what gives the wine its intensity and elegance.”

Chateau de Cayx was but one of the superb wines of the Cahors represented at the tasting. Christian Villand lives in the south of France but spends a great deal of his time in the United States promoting the sale of the more than dozen labels of wines of the Cahors that he represents.

“Everybody thinks Malbec was born in Argentina, but that’s not true. We are the original! But, in all fairness, its probably our fault because we didn’t communicate with the rest of the world. First of all, we are all very small producers and we don’t have the kind of marketing engine behind us that Argentina has. We’re the only region in France that’s raising Malbec and using it almost 100% in the production of our wines. Bordeaux sometimes blends a small amount in their wines, but we use Malbec almost exclusively. Therefore, that makes us more special.”

Cahors, the French Malbec is a new player in the world wine marketing arena. Look for the words “Cahors Appellation on the label when perusing the shelves in the French wine section of your local retailer. You might be in store for a pleasant and affordable surprise.

Posted by Dwight the Connoisseur at 8:11 AM