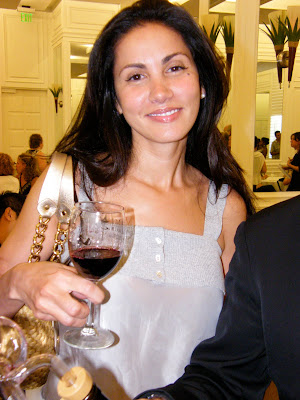 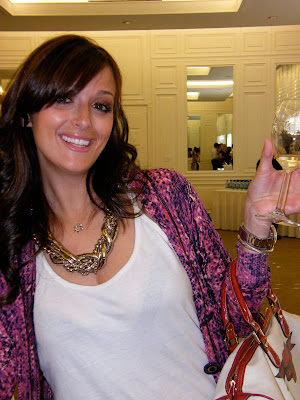 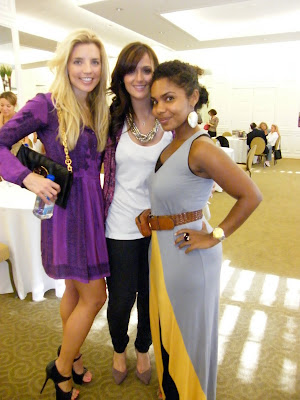 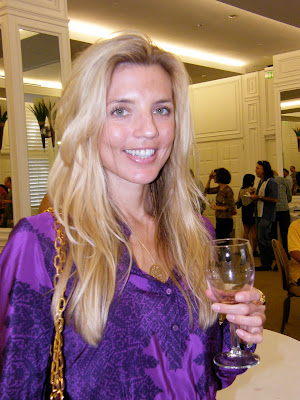 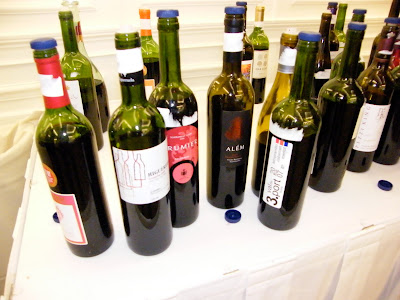 As the advent of a perfect full-moon lit tropical night ascended over the horizon, more than 150 lucky oenophiles had an opportunity to sample 400 world class wines from virtually every corner of the globe and many states in the U.S. Did you know that wines were produced in Slovenia or in Georgia? Well, they were there to be judged and tasted in the two-day event, which is the largest of its kind in Florida and certainly among the top-rated competitions in America. In all, red, white and rose wines from 18 countries were sampled at the tasting.

Judges rated the wines in gold, silver and bronze medal categories based on a pass/fail system. The top wine is to be awarded Best-In-Show honor. As of press time, the judging was still underway.

Wine judges blind tasted the wines during the daytime and then scored them. In the evening, they attended the tastings right along with the general public and had the opportunity to hear their reactions first hand. to the wines.

Tasters were not without their strong opinions. Among the collection of assorted sparkling wines, one taster was heard to mutter, “the whole lot of them give a bad name to the winemaking industry.” Yet another praised the very same sparklers for their “fruit-forward complexity and Champagne-like character. One that drew the Wine Doctor’s attention were the sparkling rose and the sparkling brut from Gruet vineyards near Albequerque, New Mexico. The wines are made in the traditional champagne method and display a surprising brightness, small bubbles and a residual soil taste in the back of the throat that recalls the limestone ‘terroir’ of Champagne, France.

Many were also surprised, to find stellar wines among the many new offerings from Chile and Argentina. The reds in particular were showing extremely well against more established names from the Rhone Valley and Le Bordeaux. Spanish wines, particularly those made from old vines Temperanillo, were quite pronounced in their level of depth. Tasting them side-by-side with wines from the Napa Valley and Burgundy, the showed an uncanny finesse.

There were many experienced wine lovers at the public tasting event, which benefited two local charities, Florida Breast Cancer Foundation and Melanie Finley Ovarian Cancer Foundation. Challenge Executive Director Michael Schaefer told the Wine Doctor that the event is unique because “it has such a wide range of wines in terms of areas, styles and grapes. There’s no event in the country quite like it because of its scope. This is the only place where wine lovers can experience such a diverse wine competition.”

The evening concluded with a special tasting dinner at The Palms Hotel & Spa’s Essencia restaurant. Each patron was allowed to bring two bottles from the competition to pair with their meal. Corkage fees were waived at the restaurant for the evening and 10% of revenue from the dinner was donated to the Cancer charities of the evening.

Miso glazed North Atlantic Black Cod with celery root puree and shaved ‘Easter Egg’ radish salad forced the Wine Doctor to bring forth one of the ‘Big Guns’ from the tasting, an oak-laden Chardonnay from Concannon Vineyards in California’s Livermore Valley. Concannon has two historic distinctions besides having made wine for the past 125 years; it is the first American winery founded by an Irish immigrant, James Concannon. The winery is also the creator of the nation’s first Petite Sirah wine; whch reflects the winery’s dedication to making world-class Bordeaux and Rhone-style wines.

An Argentinean Red, Urano range Malbec 2007/8 from Eral Bravo, a new boutique winery from the Sanchez Nieto family is distinctive because of its intense flavor. Yet, it is surprisingly low in sulphites. For those who have a sensitive reaction to sulphites, this is a nice alternative. Essencia’s third course of Porcini mushroom-dusted Grass Fed beef tenderloin with Truffle scented Root Vegetable has and Port Wine-Wild Mushroom Ragout was nicely paired with this supple Argentine beauty.

Dessert was a classic Italian worthy of a Holiday dinner table, Buttermilk Panna Cotta, a Banana Almond Cake with Cherry Sorbet. I snuck in a Gallo Family favorite, a California Moscato, just like Ernest & Julio would have poured at the table when the winery was founded 75 years ago. As they say in the 'Old Country,' Abondanza!

Posted by Dwight the Connoisseur at 6:09 AM