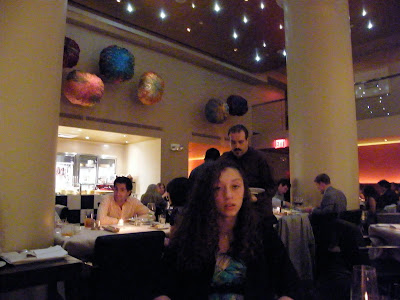 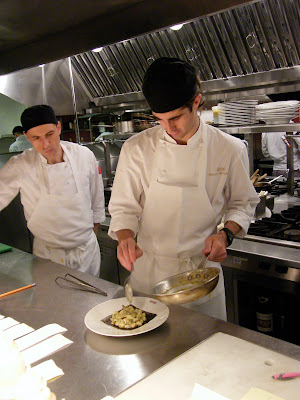 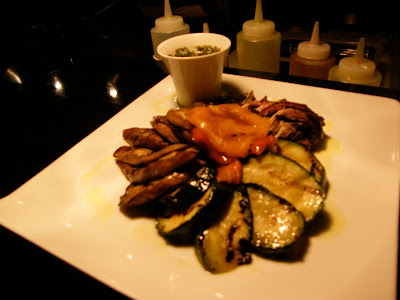 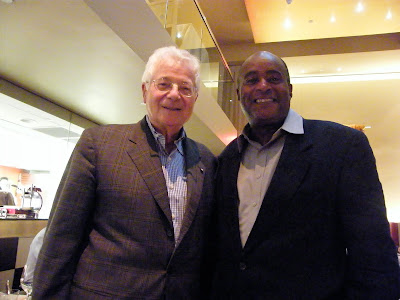 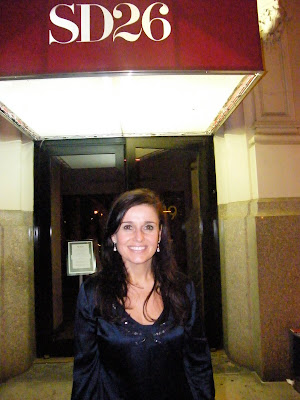 Marissa and Tony May have reinvented a 22 year old culinary landmark in New York and elevated to the level of high art. SD26 is the reincarnation of San Domenico, a virtual landmark on Central Park South.

San Domenico inspired more poetic superlatives from the nation’s restaurant critics than the works of Michelangelo. It even played a central character in the 2008 romantic film Two Lovers, starring Joaquin Phoenix and Gwyneth Paltrow. In the film, the restaurant is shown against the melodic backdrop of Henry Mancini’s lush orchestration of Sergio Mendes’ “Soft, Hot Wind.”

When Tony May opened the restaurant 22 years ago, he set off an instant sensation with his reinterpretation of rustic Italian cuisine to accommodate modern tastes. SD 26 takes the concept one step further, paring the recipes down to their most elemental components and streamlining them to appeal to a younger, more contemporary palate. The restaurant as a whole is a singular work of art.

The idea of restaurant as art form is a theme that permeates SD26, from the sleek décor of the entrance and bar area, to the stylish, vaulted ceiling dining room that more resembles the modern wing of a major art museum that an eating emporium. Artful presentation by the chefs, working feverishly in the open gleaming stainless steel kitchen is continued to the glass and tableware, the artwork that adorns the walls, to the imported and handcrafted materials that comprise the restaurants dramatic space.

“When we bought the space here on Madison Square Park, it was hard to imagine what you’re seeing here today,” owner Marisa May confided. “When we walked in, we were confronted by a 8 thousand square foot jumble of concrete and crumbling walls. It took some real artisans to transform it into what we have now. We bought in hand-cut Italian wood for the flooring and commissioned the best contemporary artists to create a showcase on our walls. Our customers are dining amongst some of the greatest modern art around!”

The art doesn’t stop with the décor. Executive Odette Fada and Chef di Cuisine Matteo Bergamini use locally sourced and organic ingredients in imaginative ways that emphasize the inherent flavors with a judicious application of fresh herbs and Mediterranean spices. Judicious pairing with an inspired wine list makes dining a flavor excursion that transcends the bounds of imagination.

Imagine the velvety texture of a saddle of rabbit served in a reduction of its natural juices with a glass of Chalk Hill Pinot Noir or a grilled octopus appetizer paired with a mouthwatering Franciacorta sparkling wine from Lombardy. Those were only the introductions to a culinary performance that repositioned the restaurant experience as pure theatre.

Posted by Dwight the Connoisseur at 6:35 AM