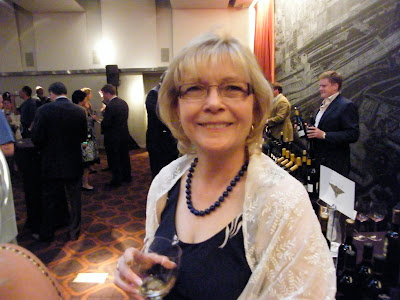 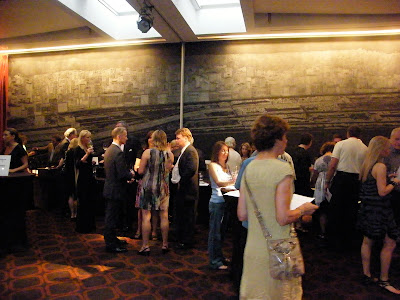 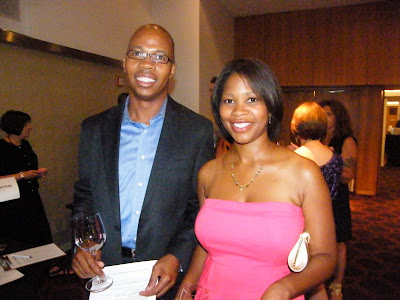 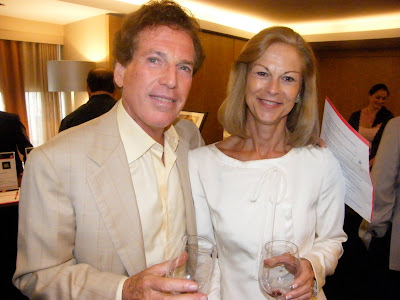 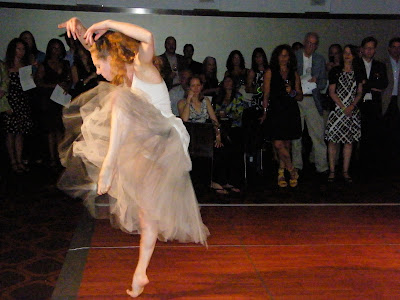 -Story and photos by Dwight Casimere

Hubbard Street Dance Chicago’s 3rd annual Twilight on the Rooftop fundraising event turned out to be one of the best wine tasting events of the year in the Windy City.

Though not actually on a rooftop, as in years past, the grand salon of The James hotel on North Dearborn in the Gold Coast offered a contemporary and elegant vibe to this exclusive event. It was made even more so by the fact that, in addition to offering tastings of limited production wines from 13 of Napa & Sonoma’s “star” wineries, the actual winemakers or winery owners were flown out to the event from California, to pour their wines in person for the VIP crowd.

I have been to the Napa Valley often and was most recently there for the Napa Passport weekend last spring. I was pleasantly surprised to see many familiar faces that I had encountered at the barrel tasting and auction during that event.

Participating wineries included Blackbird, Chateau Montelena, Corison, Crocker & Star, Donelan Family Wines, Risher Vineyards, Miner Family Winery, Modus Operandi Cellars, Patz & Hall, Pride Mountain, Spring Mountain and Vineyard 29. If you’re a wine aficionado, you will recognize these names as among the highest rated wines by any recognized rating body. They are prized by collectors and appear often on the lists of the finest restaurants. VIP ticket holders to the Twilight event were treated to a private tasting of the vintners reserve and limited production wines. In many cases I was told, “drink all you can now, because this is all that’s available of this particular wine.” That made the evening special, indeed!

In addition to raising money for Hubbard Street Dance Chicago, the event also raised awareness of the vital cultural force that the company represents. Under the director of artistic director Glenn Edgerton, who is celebrating 33 years as one of the most original forces in contemporary dance, the company is acclaimed for its innovative repertoire and commitment to cultivating young professional dancers and choreographers. The company is also recognized both nationally and internationally for its cultural diversity and extensive Education & Community Programs that not only offer city and state professional development programs for teachers, but also provide opportunities for young people to experience dance and incorporate movement into their daily lives and academic curricula.

The culinary staff at The James offered a sideboard of substantial gourmet treats, including a selection of gourmet cheeses and cured meats and salumi, including an exquisite prosciutto, a dry-cured ham from Parma in Tuscany. I was so engrossed in the exquisite selection of wines and in talking with the winemakers about their highly specialized vintages, that I, unfortunately, did not have an opportunity to sample any of the other goodies. To this connoisseur, wine IS food!

The Event Chair for Twilight on the Rooftop was Alyssa Rapp, Found & CEO of Bottlenotes.com, and the Official Wine Sponsor for Hubbard Street’s 2009-10 Season. The James Chicago is Event Partner. Ms. Rapp introduced the evening’s highlight, a solo performance by one of Hubbard Street’s premier soloists.

About the wines. From beginning to end, it was a tour de force of flavor experiences. Blackbird Vineyards offered their 2006 Blackbird Vineyard Illustration Proprietary Red Wine ($90). This was not any meritage blend, but a distinctive collection of grapes from the wineries 10-acre estate in the fertile Oak Knoll District of Napa Valley. The winery, under the director of winemaker Sarah Gott (yes, That Sarah Gott of Joel Gott and Joseph Phelps Insignia fame) and winegrower Aaron Pott have made a specialty of creating intriguing predominantly Merlot blends that are extremely food friendly and have a juicy acidity that prevents them from being snobby. The wine is luscious, with a deep ruby color in the glass and hints of chocolate and cherries on the nose. Its really smooth going down with a pronounced taste of bing cherries with just a hint of sweetness that plays a kind of salivary trick in the back of the throat. For just a moment, I thought I had actually eaten something, such as the savory ham, just before drinking the wine. I then quickly realized that what I was experiencing was the full flavor of the wine, with its hints of black currant, a touch of sweet fruit and a light, salty sensation on the tongue. Excellent! As Mr. Burns would have said. I was doubly blessed because proprietor Michael Polenske was on hand to personally pour the wine into my glass. I had met him at the Passport Weekend. “I was the top investment banker at JP Morgan in San Francisco when I started toying the idea of buying a vineyard,” he told me while savoring a glass himself. “I had almost given up on the idea when I found out I was growing premiere Merlot grapes right under my nose. I came up with the name because Merlot means “little blackbird” in French Patois. The rest is history.”

Chateau Montelena was my next stop. I also had the privilege of visiting the reconstituted nearly hundred and thirty year old French Chateau, which comprises the main house of the property on a secluded hillside above a lake with Asian footbridges and swans. The 2006 Estate Cabernet ($135) was the offering at the Twilight party. I had tasted this one from the barrel with the aid of a ‘wine thief’ during my visit on Passport Weekend. You might remember the name. This was the winery with the acclaimed Chardonnay that won the Paris tasting at the Inter-Continental Hotel in 1976 and put Napa Valley wines on the map. George Blankensee, Hospitality and Retail Manager for Chateau Montelena was there in the flesh to pour. He was a welcome sight as he led me on an exclusive tasting tour of the wineries historic cellars.

My next stop was Spring Mountain Vineyard for a taste of its 2005 Estate Bottled Elivette-Red Bordeaux Blend ($100) from its picturesque hilltop vineyard in Napa Valley. Exterior shots of the main house of Spring Mountain were used to portray the façade of the mythical Falcon Crest winery in the 1981 CBS-TV show of the same name.

Elivette is rich with a depth of color, flavor and aroma. Its concentrated candied fruit flavors of raspberry and cassis blend with the oak aromas to create a fully integrated wine tasting experience. This is a great wine to have with prime steak. If you’re fortunate enough to own a bottle, this is the perfect ‘special wine’ to save for a special dinner occasion. In fact, a trip to David Burke’s Prime House on The James lobby level would be the perfect place to open a bottle.

Posted by Dwight the Connoisseur at 2:35 PM