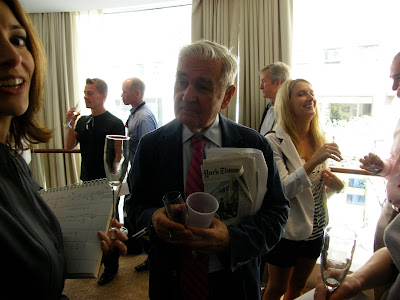 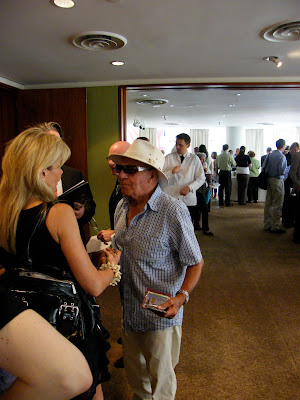 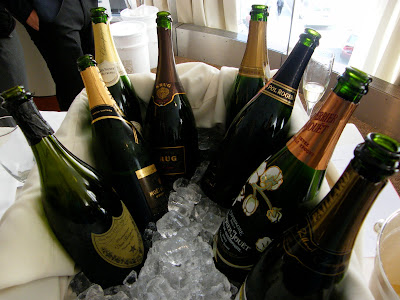 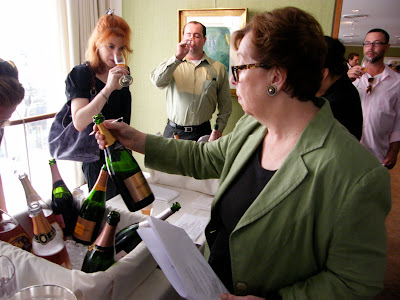 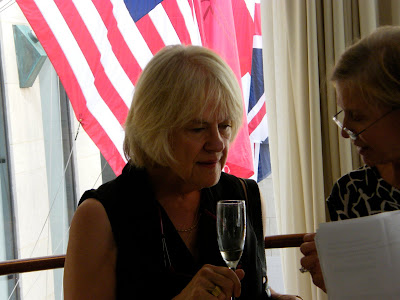 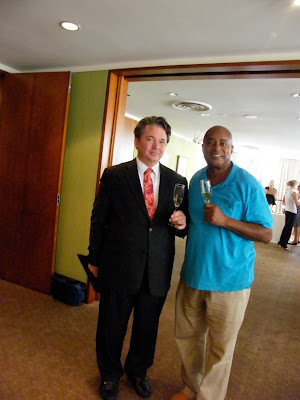 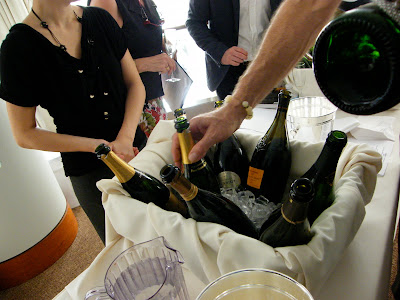 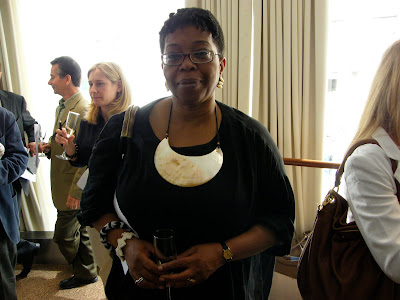 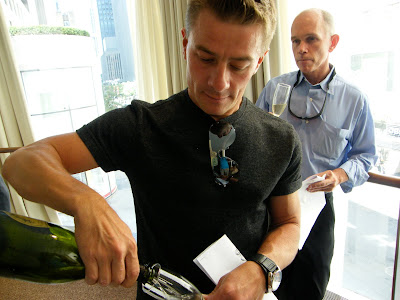 Story and photos by Dwight Casimer

New York-Winston Churchill once said of Champagne, “In victory, we deserve it. In defeat, we need it. “ Those words echo through history and came to mind as I entered the hallowed halls of Christie’s, 20 Rockefeller Center for the 2010 Annual Champagne Tasting of the Institute of Masters of Wine, North America on a spectacularly brilliant end-of-summer afternoon.

Eighty of world’s greatest Champagnes were poured on a spectacular afternoon. While the surrounding streets were amassed with tourists in town for the final ‘kick’ of the summer holiday season and the U.S. Open tennis tournament underway in nearby Flushing Meadows, the sun-drenched second floor conference rooms were enveloped in the hush of connoisseurs tasting, sniffing and taking notes of their impressions of what has come to be known as ‘the nectar of the Gods.’

“I conceived the idea after attending the Masters of Wine Claret tasting in London which is organized along similar lines, where we tasted Bordeaux’s from the vintages four years prior,” said Charles Curtis, Master of Wine and head of North American wine sales for Christies. I thought it would be interesting to have a Champagne tasting that was more or less a survey of everything that is going on in the world of Champagne. I invited all importers regardless of size and production levels. We organized them according to type: Vintage, Non-Vintage, Blanc de Blanc, Rose and sweeter styles, (Dose). We line them up alphabetically and let the public have at them. We’re letting them have a completely unbiased, non-commercial for tasting all of the Champagne that are available.”

This most certainly was not the “vin ordinaire” of tastings. The first table was crammed with ice-cold bottles of the most coveted bottles of Blanc de Blanc to be found in one place. It also attracted the greatest number of tasters who lingered long and took copious notes.

I began with Champagne Charles Heidsieck Blanc des Millenaires, 1995, Brut Blanc de Blancs (99.99). This is truly a ‘special occasion’ wine and well worth the price. It has an elegant beauty and complexity that reveals flavors of honey and hot French bread. Lingering in the back of the mouth, there are hints of coffee and smoke. For a hundred bucks, this an incredible deal!

My next tasting was of an old friend, Champagne Henriot NV Blanc Souvrain, Brut Blanc de Blancs ($57.99). I last had this stellar offering at a celebrity birthday celebration at a beautifully restored 130-year old brownstone in Harlem. Although listed as non-vintage, it is clearly made from reserve wines. It has a fine aged character that is rich and vibrant with fruit and flavors of baked apple pie. The light gold color intensifies its desirability. Add to that a smoky essence of baked pear on the nose with subtle hints of anise and you have an offering of exceptional depth. This wine is consistently rated 90 points and above, but you don’t need a rating system to know that this is one of the better values out there and an excellent companion to a special meal of lobster, rack of lamb or a silky veal dish. At the Harlem celebration, I tasted it alongside a leg of lamb grilled on the open fire with African and Caribbean spices. It was a marvel in the mouth. The complex flavors of the Champagne seemed to unfold and reveal themselves with each bite.

A comparative tasting of Vintage Henriots, Cuvee des Enchanteleurs 1995 ($144) and 1996 ($130) and Brut Millesime, 1998 ($72). At a blind tasting in Paris upon its release, it was rated the most outstanding among more than a hundred vintage Champagnes by a panel of experts. Further, it was unanimously rated the best wine in a line-up of 38 prestige and luxury cuvee, including the iconic Dom Perignon. Ironically, the wine had mistakenly been included in the tasting, but clearly, it belonged there!

I was running out of time because I had to catch a plane for Sonoma, California and the upcoming Sonoma Wine Country Weekend, so I raced to the final table and sampled another old friend, Nicolas Feuillatte Brut NV ($30). This was always my ‘go to’ Champagne when I dined in Paris and was confused by the myriad names on the wine list. It always delivered and the price was right. It’s an exceptional value. Even after tasting all of the ‘Grand Dames’ of the region, it still held its own.

One final sip of Moet et Chandon Nectar Imperial,NV (($38.99)from the sweeter, Dose, collection and it was off to the sunny slopes of Sonoma.

Posted by Dwight the Connoisseur at 4:01 PM