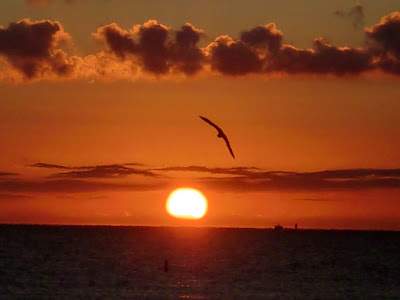 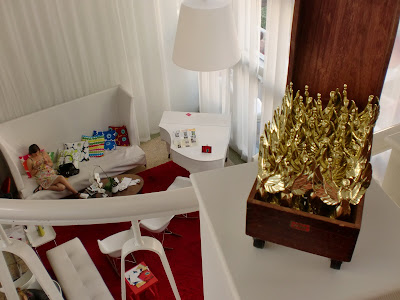 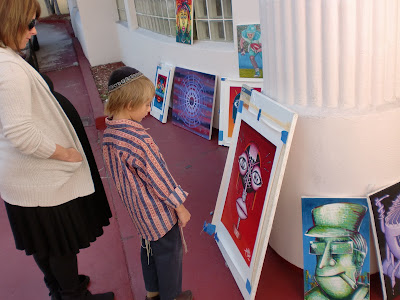 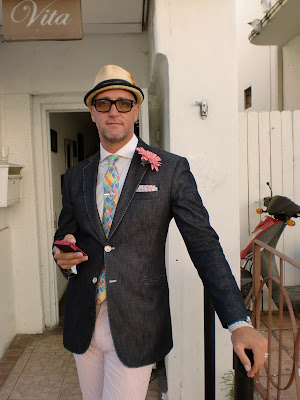 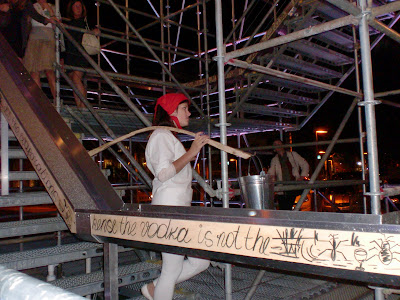 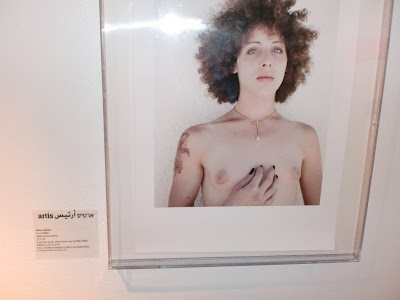 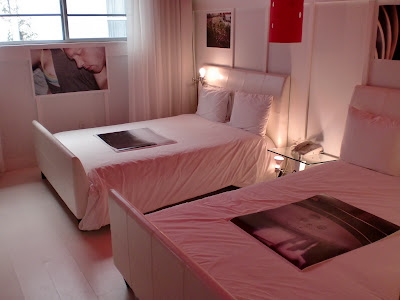 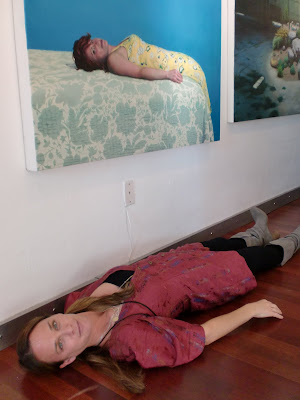 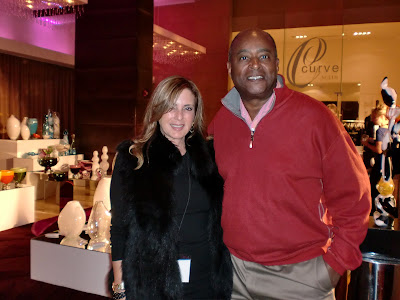 1. The greatest artwork of all from the Hand of the Master. a sunrise on South Beach on the last day of Art Basel Miami 2010

2. lobby art from the lounge balcony of the Verge show at The Catalina South Beach Resort Hotel

4. The coolest guy in South Beach is a living work of art

7. A hotel room at The Catalina becomes a popup art gallery

10. Dwight The Wine Doctor with celebrated Contemporary Hand Blown Glass Artist Abby Modell in an exclusive exhibition of her work, "Imagination and color captured in glass" at the GANSEVOORT Miami Beach

MIAMI BEACH—The City of Miami is the world’s largest art gallery. In just a matter of days, what seems like a guerilla war invasion has injected troops of artists into every nook and cranny of this pristine city on the Atlantic Ocean.

Entire hotels have been taken over by outside artists and transformed into overnight installations. Hotel rooms, lobbies, ballrooms, vacant storefronts, garages, warehouses, factories, parking lots, restaurants, nightclubs and even resort swimming pool and cabana areas have become party to a barrage of artistic sniper fire.

Emerging artists who are not a part of the mainstream Art Basel show at the Miami Beach Convention Center and Art Miami in the downtown warehouse district have taken to these “underground” venues in order to have an opportunity to display their art to the thousands of dealers, curators and private art collectors who have flooded this city to the tune of half a million people, roughly the population of the city of Philadelphia.

If you didn’t have a hotel reservation, no problem, there were enough parties, art ‘happenings’ and disco clubs to keep you up until the wee hours, when it all just starts all over again. The restaurants were slammed, so eating a decent meal, sitting down was a challenge, but there was plenty of passed ceviche, clams casino and chicken mole on skewers to tide you over with a tidal wave of Mojitos, Caipirin~has and Ruinart Champagne (the official sponsoring champagne of Art Basel), to satiate your thirst.

Art installations run the gamut, from a collection of fragile contemporary art glass from former fashion designer Abby Modell to an invasion on the balconies the Boulan South Beach hotel from the Starfighter Commando Warriors from the Star Wars movie franchise to a live Drawing Workshop on the Rooftop Pool Terrace of The Catalina Resort Hotel featuring nude models from The Great Nude Invitational, Art Basel’s satellite fairs appeal to every sense and sensuality.

International representation is at an all-time high, including countries that had never shown their art or artists at a major show in the United States. ZOOM Contemporary Art Fair at the South Seas Hotel is the first ever major art showing at Art Basel from the Middle Eastern Art World.

Both the venues and the art peak the interest of the most jaded art aficionado. Those who may have felt the fare at the main show at Art Basel in the Convention Center a bit staid, certainly can’t make that claim at the satellite shows. Both the venues and the art and artists represented cry out “New Wave.” Red Dot Miami presents a boutique clambake that resembles a parking lot fire sale. Fountain Miami features life-sized dummies, celebrity collages and the larger-than-life works of New York-based Galleries DCKT and the playful antics of performance artists Eva+Adele, a husband-and-wife hermaphrodite team, who seem to be the darlings of EVERY media outlet at the fairs. One day I surfed the local news Channels and they were on every station during the prime morning drive-time!

Pulse Miami takes over an old Ice House in Miami’s industrial district to present a powerful collection of mixed media installations, including contemporary photography and video, including “Water On My Mind,” an emotional video inspired by the Gulf Oil Spill. A beautiful outdoor garden lounge and al fresco bistro, designed by esteemed architects and designers and a terrace features hands-on test driving of the latest cars, sponsored by Jaguar. Pulse is an all-day hang-out for many.

Aqua Art Fair, now in its sixth year, turns the breezy courtyard and cabana suites of the Aqua Hotel in South Beach into a laid-back, hyper cozy environment to appreciate affordable, offbeat works from artists from places as far-flung as Mill Valley, California (Stephanie Breitbard) and Montreal, Canada (Pierre-Francoise Ouellette).

Art Asia is one of Miami and Art Basel’s newest fairs, providing a new curatorial platform for artists from the Eastern Hemisphere, including Taiwan, Shanghai, Hong Kong, Seoul, Moscow and Istanbul.

Verge Art Fair at The Catalina South Beach Resort Hotel is a nifty tossed salad of offerings spread out through the delightfully rosy and cozy rooms, lobby and balcony lounge. The White Leather lounge adjacent to Maxine’s Bistro is THE gathering place for artists and curators to take in the jazzy vibe and view some great art from an international array of artists from Paris, Tokyo, Montreal, San Francisco, Copenhagen and Amsterdam.

NADA, the New Art Dealers Alliance holds forth at the Deauville Beach Resort on Millionaire’s Row in Miami Beach. NADA boasts booths arranged as gaudy French ballrooms, featuring opulent chandeliers hanging over edgy artwork. The area epitomizes the image of the Rat Pack era of Miami Beach excess, which contrasts sharply with the tone of the art presented.

Design Miami is an art “city within a city” presenting a satellite fair of applied design elements---art as furniture, lighting design and interior décor—similar to SOFA at Chicago’s Navy Pier.

Firms based in New York, Brussels, London and Brussels dominate the show. A multi-media project from the fashion house FENDI is featured. New York architects Aranda/Lasch designed the “mini city” pavilion that serves as the exhibition venue. It is a work of art in and of itself. Add to that the looming specter of the Frank Gehry designed New World Symphony Campus just down the way and you have a stunning portrait of what Art Basel and its satellite presentations are all about.

Posted by Dwight the Connoisseur at 10:31 AM