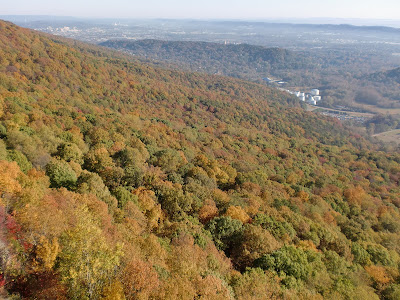 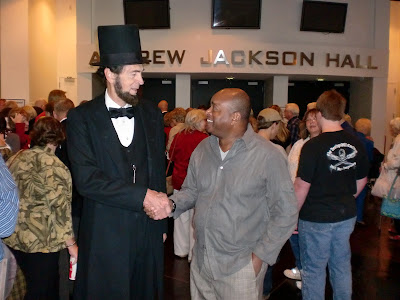 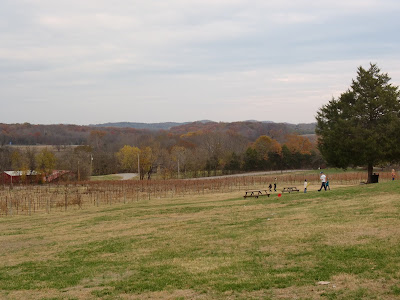 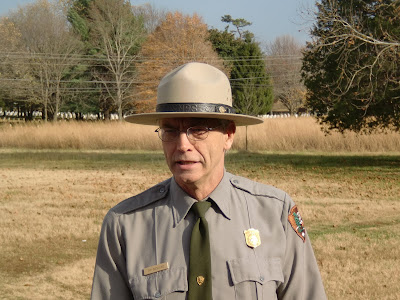 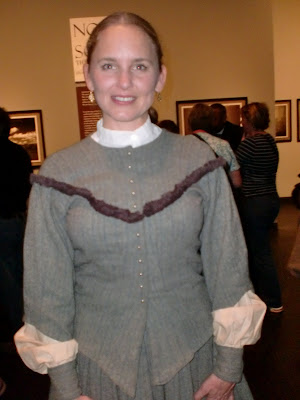 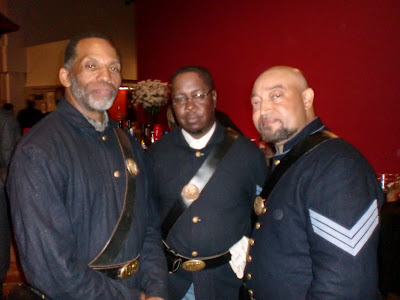 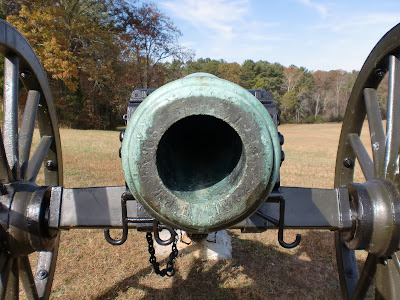 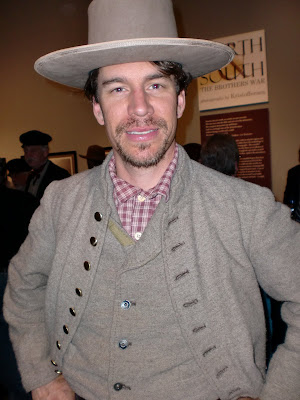 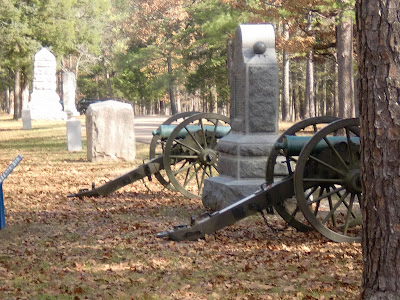 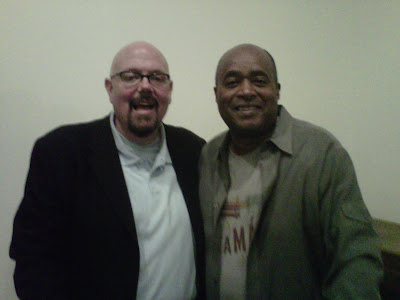 1. Lookout Mountain-a strategic stronghold during the Civil War
2. Honest Abe at the Tennessee Sesquicentennial Signature Event in Nashville
3. Stones River National Battlefield
4. Chief Ranger Gib Backlund of Stones River
5. "The Widow of the South"
6. Free Blacks fought on both sides of the Civil War
7. An infantryman's view of the Civil War
8. A Confederate Officer
9. Monuments at Chickamauga and Chattanooga National Military Park
10. New York Times Best Selling Author Robert Hicks, "The Widow of the South" with Dwight The Wine Doctor

One hundred and fifty years later, and the scars from wounds of the Civil War still run deep and are red with fresh blood. Just listen to the words of Country music star and Grand Ole Opry member Trace Adkins at the State of Tennessee’s Signature Event for the state’s Civil War Sesquicentennial Celebration, held in Nashville last November. Just moments after congratulating the all-black Fisk Jubilee Singers of Fisk University, on their stellar performance, Adkins, a former Gospel singer himself, launched into this perfunctory diatribe:

“Over the generations it has seemed to me that Southern children, because of that terrible slavery issue, have been made to feel apologetic — if not guilty or ashamed — of their heritage,” Adkins told the audience at the Tennessee Performing Arts Center in Nashville.

“And I for one hope my children don’t feel that way, because everybody knows or should know that the majority of soldiers that fought for the Confederacy did not own slaves. I know that my grandfather didn’t, and had no aspirations of owning slaves. It wasn’t part of his makeup.”

“The main issue” that motivated the South to resist the North, was states’ rights. That’s what my grandfather told me — that that’s the reason why his grandfather went to war in the first place,” said Adkins.

Furthermore, he added, while the issues of slavery and secession from the Union may have been “settled” by the war, fundamental questions about what role the states have in plotting their own political destinies were not resolved. Had they been, “we wouldn’t still be arguing about it today,” said Adkins.

Adkins also revealed — for the first time in public, he said — that as a statement of allegiance to states’ rights and tribute to the men of the Confederacy who fought to defend the concept, he refuses to cut his hair.

“I’ve had a lot of people over the years ask me, ‘Why’s your hair so long?,’ The answer to that question is, towards the end of the war when the outcome was obvious to everybody, there were a group of incredibly dedicated Confederate soldiers who said, ‘For me this issue is not settled, and until the issue is settled, I’m not going to cut my hair.’ Neither will I.”

Adkins’ statement was at first met with stunned silence, then restrained, polite applause as he strode silently offstage. While he may have sealed his fate as a spokesperson at any future Sesquicentennial celebrations, I’m sure he spoke for many who share his feelings.

Adkin’s statements may have been blunt, even unsavory to some, but they mark the deep divisions that still remain 150 years later. Such was the temperament of discovery and discussion as I embarked on the Tennessee Department of Tourist Development’s preview tour of Tennessee Civil War Trails and Byways in advance of the state’s five-year commemoration of the 150th Anniversary of the Civil War.

The Civil War remains the bloodiest war in modern history with more casualties than both World Wars, Viet Nam, Korea, Iran, Iraq and Afghanistan combined. The official numbers stretch into the millions with the number of civilian casualties and the number of maimed and wounded beyond any useful or productive life, still uncounted.

“Brother fought against brother,” New York Times Best-Selling Author Robert Hicks, of "The Widow of the South," told a hushed dinner gathering at Lotz House, one of the scenes of a bloody Civil War battle in Franklin, Tennessee. The walls of the otherwise pristine mansion are still pockmarked by the shells and cannonballs of that horrendous night. The Lotz family was forced to seek shelter in the basement of the Carter House, across the street, while their beautiful home was scarred with cannon fire. “Soldier’s diaries tell many stories of how they traded shoe laces, songs, stories, cigarettes and whiskey across enemy lines in the darkness of night only to fight each other to the death once the sun rose at dawn.”

The most chilling moments came as our tour approached the Carnton Plantation, home of Carrie McGavock, The Widow of the South. As our group approached the imposing, white columned structure under an especially clear, starry nighttime sky, it was hard to image that the 48 acre plantation home served as the field hospital and final burial place for nearly 1,500 Confederate soldiers who were killed in the Battle of Franklin. There were still visible signs of the blood that was shed on the upper floors of the mansion. One of the upper rooms, where an imposing portrait of McGavock dominates the expanse of one wall, in fact served as the main ‘hospital’ room where McGavock herself helped to tend to the wounded and dying. She and her family later buried many of the dead on their plantation.

Public schools euphemistically refer to the Civil War as “the battle between the states” giving little weight or credence to the fact that the war was fought over one simple economic and social reality-slavery. “The central issue of the Civil War was slavery. Pure and simple!” asserted National Park Service Ranger James H. Ogden at the outset of a tour of the Chickamauga and Chattanooga National Military Park. “What was at stake was a $4 billion dollar industry, an amount that is staggering, even by today’s standards. It certainly was so, then.

“In many respects, even those that were being held in servitude were conflicted over the progress and outcome of the war. What you never hear about in the lectures and literature on the Civil War is the “shadow army” of slaves who followed their masters into battle and provided all of the goods and services and support functions for the war. When the soldiers went to war, they followed them into battle. When they went home, the slaves also went home. In many respects, their fate was in the hands of the men who fought on the Confederate side. There was no real assurance that the Union Army would do anything to help them or their families once the war was over. In fact, there are horror stories regarding the conduct of the war on the Union side, that are quite the contrary.” One such story gives a chilling account of how Union soldiers abandoned an entire regiment of black support troops on the banks of the Tennessee River just as Confederate troops were bearing down on them. The black soldiers, who could not swim, drowned trying to flee the advancing onslaught while the white Union soldiers sailed away to safety.

A visit to Stones River National Battlefield outside Nashville brought the horror and human cost of the war front and center. Along one side of the highway leading to the park entrance is the sight of thousands of crumbling, white grave markers, denoting the final resting place of the soldiers who perished in one of the bloodiest battles fought in the state. “I’m sure you’ve heard countless times in your travels that ‘this is the most decisive battle of the Civil War’ and ‘this battle marked the turning point’ in the war, “ said Chief Ranger Gib Backlund. “In some respects, they’re all correct. When you look out over the vast expanse of this battlefield and then let your eyes wander over to the sight of that cemetery, you get a very clear picture of the human cost of this war. In many ways,” Backlund said, “the battle here re-established Northern morale and paved the way for the Battle of Franklin,” which marked the emotional turning point in the war. “It became crystal clear that the South and the Confederacy were fighting a losing battle.”

The most chilling and emotional moments of the tour came during visits to the homes and plantations of ordinary citizens. The streets of Franklin, Tennessee, for example, became the scene of a gruesome guerilla war that was witnessed by families cowering in their basements. “We forget while looking backward through the telescope of history that, in many cases, these were just ordinary people whose primary concern was the safety and well-being of their families. In the instance of Franklin, they found themselves in the midst of one of the most horrific chapters in the progress of the Civil War.”Author Hicks summarized.

For more information on Civil War Trails and the Tennessee Civil War Sesquicentennial, visit their website at www.tncivilwar150.com.

Posted by Dwight the Connoisseur at 2:59 PM