Wine Country Ontario warms the heart and hearth with Icewine 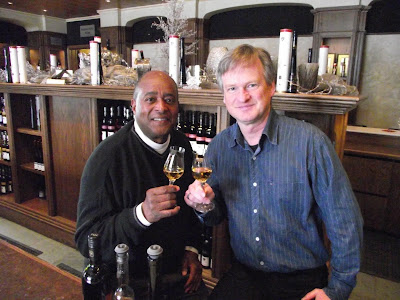 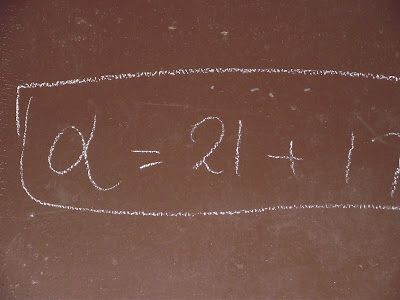 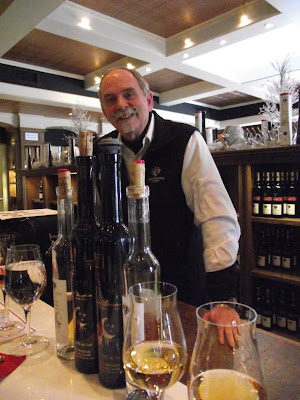 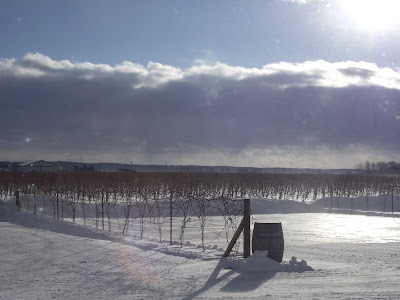 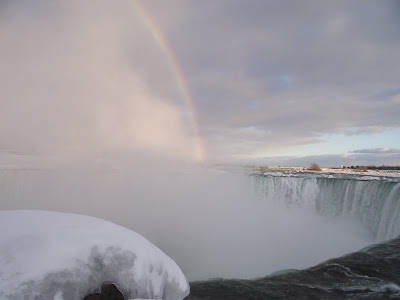 5. The splendor of Niagara Falls

Niagara-on-the-Lake, Ontario, Canada—Niagara Falls is one of the magnificent wonders of the world. Its thundering waters fuel an enduring tourism industry in this splendid winter wonderland on the outskirts of the city of Toronto. Its rushing waters provide power, via an intricate network of hydroelectric dams. Its rivers, lakes and tributaries also are a source of scenic pleasure, water-borne recreation, sport fishing and provide a romantic backdrop for marriage proposals and weddings.

There is another attraction that has been looming on the horizon for the past several decades that is little known, and that is Icewine. Ontario, Canada is the world leader of this liquid gold delicacy. Canada’s cold temperatures, rocky soil and vast terrain provide the perfect conditions to grow the grapes that can be turned by master alchemist winemakers into this rare treat.

In celebration of the Icewine experience, the Wine Council of Ontario is leading an initiative for “Wine Country Ontario” in partnership with OTMPC (Ontario Tourism Marketing Partnership Corporation). Icewine Festival 2011 is the manifestation of that effort to present the Niagara Wine & Culinary Experience. Main Street is turned into a winter wonderland, complete with ice sculptures, festive tents filled with delectable treats prepared by local chefs from locally sourced meats, cheeses and produce and, of course, Icewine. An open-air pig roast, hosted by Chef Jason Parsons of Peller Winery and an Icewine Cocktail Competition judged by Chicago Foodie Steve Dolinsky of ABC7-TV Chicago, The Hungry Hound, is one of the highlights of the festival.

Celebrated winemaker Klaus W. Reif hosted a behind-the-scenes tour of his Reif Estate Winery at his lush 125-acre estate. Featuring a 20-year-old block of Vidal grapes, still used today in the production of his internationally acclaimed Vidal Icewine, which was praised by Wine Spectator Magazine in 2008 as “racy and electric, like a laser beam of dried apricot and citrus.”

“My family has been making Icewine in Germany for the past 300 years. I am the 13th generation of my family to be involved in winemaking, which began in Neustadt, Germany.”

In 1977, Klaus’ uncle, Ewald Reif arrived in Canada and purchase 80 acres of farmland, which he turned into the winery’s first vineyards. The following year, Klaus and his father arrived in Canada and fell in love with the land and its people. They obtained a winery license in 1983, opened a retail store in 1987 and the rest, as they say, is winemaking history.

Klaus began the art of winemaking at his father’s side as early as eight years old. In the cellars, he points proudly to an inscription of the formula for making icewine, carved into the top of an ancient fermentation tank. It remains today, the Talmudic inscription for the creation of Icewine.

“Right now, Korea and China are our largest customers, but we are looking forward to expanding our popularity in the United States.”

Icewine is primarily enjoyed as an aperitif or dessert wine, but a visit to the Reif tasting room and an informative taste exploration with Reif Sommelier and Wine Club Manager Archie Hood quickly dispelled any misconceptions about Icewine.

“Most people think of Icewine and one dimensional and sweet, but if you examine the flavor profile and allow yourself to experience the wine in your mouth and on your palate, and if you have it with some food, you’ll quickly learn that Icewine, particularly the aged wines, are versatile and complimentary to all types of food.”

I tried the wines with an assortment of local delicacies; 2008 Riesling Icewine form the Niagara River ($26.95/200 ml) paired with Butternut Squash Soup.

“We pick our grapes at night,” Klaus explained in an informal interview in his upstairs private tasting room, against the backdrop of a roaring fire. “We started picking the grapes in December, just after I had gotten back from China. I’ll never forget it, because the temperature made it possible to harvest our vinifera Icewine grapes, which are more tender and delicate as compared with the thicker-skinned Vidal grapes. This 100% Riesling was harvested from one of our oldest vineyard blocks. The flavors and aromas attest to its uniqueness, clarity and elegant honeyed highlights.”

Archie Hood further rhapsodized about the wines as he conducted the tasting experience. “You can tell when you’ve had a truly great tasting experience which you can identify that third taste element. It’s not always apparent when you first pair the wine with food. It’s something that comes afterward, because it’s hidden. ”

In the case of 2008 Vidal Icewine ($46.95/375 mill) paired with Duck Terrine, it was the taste of nutmeg, which gave the duck a gamey flavor, much like that of venison.

2005 Vidal Icewine ($56.95) paired with Ermite Blue Cheese revealed layers of dried fig, Maple syrup and toffee that brought out the pungent aroma and toffee and almond flavors that delicately balance this wine. Dessert was the crowning experience with 2008 cabernet Franc Icewine ($29.95/200 ml) paired with Strawberry Truffle.

I was to later experience a cavalcade of Niagara River wines with the sumptuous cuisine of Executive Chef William Brunyansky over a dinner consisting of local ingredients paired with wines of the region, some featuring Icewine in the preparation at the Charles Inn, one of Niagara’s Finest Inns. I also had the pleasure of staying at the quaint lakeside Harbour House.

As the day broke over Niagara-on-the-Lake and a spectacular ruby-red glow spread across the morning sky, I bit into a crunchy house-made dinner roll I had purloined from the Charles Inn dinner the night before, and took a sip of coffee that I had laced with a generous pour of Vidal oak aged Icewine. This was the day of the Icewine Festival, I had already fortified myself with the internal embers that would warm me as I made my way through the festival tents and their bars made of ice.

Posted by Dwight the Connoisseur at 7:21 AM