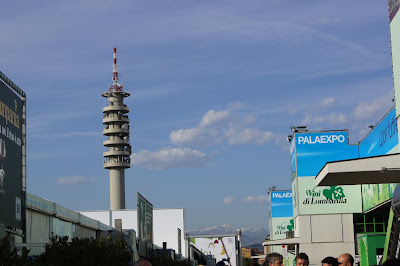 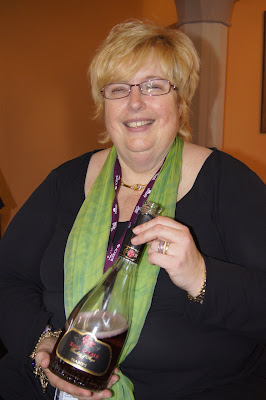 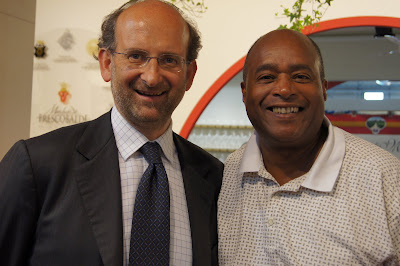 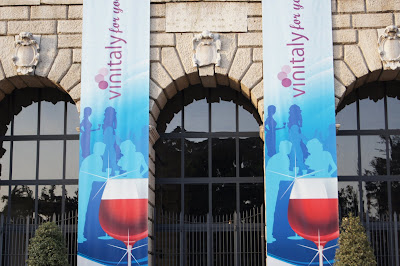 Verona, Italy—This picturesque, historic city was the setting for the wine industry’s largest presentation of fine wine on the international stage. The 45th Vinitaly closed with more than 150,000 visitors in attendance, with a third of them traveling internationally from Germany, the United States, Canada, the United Kingdom, Switzerland, France, Austria and Eastern Europe. Major attendance from Russia, China and Hong Kong was also noted.

More than 4,000 exhibitors from 23 countries filled more than a million square feet of convention space in the VeronaFiere’s ten-building exhibition center, with an overflow of technical exhibitors and purveyors of olive oils and specialty food products filling tents encircling the massive property. The exhibition area was so vast that trolley cars were utilized to transport visitors. The sheer size of the event confirmed Vinitaly’s status as the largest exhibition for the wine business and culture, exemplified by this year’s motto: “The World We Love.”

“Vinitaly is set to change its dates,” the President of VeronaFiere, Ettore Riello declared during the Inauguration Ceremony. “This is an important decision that extends the days dedicated to business and also seeks to meet the needs of caterers, chefs and wine bar and restaurant owners, since the new schedule (Sunday through Wednesday, rather than Thursday through Sunday), is better suited to their weekly closing days.”

Old and new producers presented their wares side by side in elaborately constructed booths and display areas. Focused tastings and on-site premieres lent a festive atmosphere to the proceedings. The list of names of some of the most legendary wine producers were prominently displayed throughout the exhibition halls, as wine producers put their newest and best foot forward. “This is where we have our best opportunity to create excitement on a world platform,” said Lamberto Frescobaldi, scion of the noble Italian family which produces Marchesi de Frescobaldi wines of Florence. The family legacy dates back to the time of the Medici’s.

The atmosphere at Frescobaldi’s wine tasting area was intense. Set in a display area constructed as a replica of the family estate, Lamberto appeared for a brief moment to share his latest releases. Speaking excitedly about the winery’s latest releases, his spirits were buoyed by the surge of interest among industry professionals for the new, elegant wines he was offering.

The Frescobaldi family and Napa Valley’s Robert Mondavi winery are set to release two more joint venture wines-a Pinot Grigio and a Sangiovese bottled under the Danzante label. The joint venture already makes two other Sangiovese-based blends: the high-profile Luce ($63, and a personal favorite, as it is so food-friendly), which is made from grapes grown at Frescobaldi’s Castel Giocondo estate in the village of Montalcino in Tuscany, and Lucente (a steal at $26), which is sourced from various vineyards throughout Tuscany. Both offer a tour de force of intense fruit flavor, balanced with a mild acidity that creates a lingering sensation on the palate. Danzante ($10-“dancing,” in Italian) is made from grapes sourced outside the Tuscany region. Pinot Grigio comes from Venezia, in the north, and presents a crisp, melon and citrus flavor with a beautiful golden straw color. White wine lovers will find this versatile wine just the right accompaniment to summer salads and seafood. The Sangiovese ($10) is from the Marche region, one of the latest to come out of the shadow of neighboring Tuscany to gain worldwide acclaim. According to marketing spokesperson Nancy Light, the wines are designed to compete with similarly priced, popular wines, such as Santa Margherita and Gallo’s Ecco Domani line of wines. The two Mondavi-Frescobaldi wines are newly available on the shelves of most popular wine shops, with about 40,000 cases available in the U.S. Winemaking is overseen jointly by Tim Mondavi and Lamberto Frescobaldi.

Castello Banfi continued its Pursuit of Excellence at its expansive tasting area, also designed to replicate its massive castle estate. The massive medieval stone castle expresses the timeless poetry and elegance of Montalcino and the stunning Tuscan landscape.

Sharron McCarthy, CSW, is Vice President of Wine Education for the 65-year-old Long Island, NY based company. Best known for its popular Riunite Lambrusco, the company has since achieved landmark status as #3 on Wine Spectators “top 100 list” for its elegant Brunello di Montalcino DOCG ($58), 100% Sangiovese wine from its Tuscany estate. Three generations of the Mariani family have built Banfi into America’s largest importer of Italian wines.

“We’ve been a real trail-blazer in the industry,” McCarthy said as she shared copious tastes of the vineyards latest releases at one of their private tasting tables inside the castle-like structure. You’re probably most familiar with our Vigne Regali ($26) sparkling wine, which is a real popular favorite during the Holidays and around Valentine’s Day.” Vigne Regali comes from estate’s vineyards in Piedmont. Brothers John and Harry Mariani acquired the historical winery known as Bruzzone, known for specializing in sparkling wine production since 1860. The sparkling wine, with its distinctive deep, Ruby-red color, is dedicated to Metodo Classico production, whereby each bottled is hand-riddled while resting inverted on pupitres which allows the yeast to collect in the neck of the bottles while they lie resting inverted. The meticulous process imparts character and intense flavor to the wine. The surrounding barrel room, which was recently renovated and adorned with artistic elements also plays host to the maturation and refinement of Banfi’s other Piedmont wines, Barbera ($43) and La Lus Albarossa (2007-$24). Both have exceptionally rich flavors that proudly represent their region. The price/value quotient is quite high considering the intensity of flavor.

Winemaker Matteo Rocca of Rocca Vini Superiori had perhaps the most poignant story to tell of the afternoon. “I am presenting by 2009 Donna Anita Tarantino Rossa ($32), which is named in honor of my mother.” The Rocca family has been involved in the wine industry since 1880. Their vineyards and estate in the heart of Salento, near the splendid Ionian coast, is a monument to their passion for winemaking.

Posted by Dwight the Connoisseur at 4:43 AM