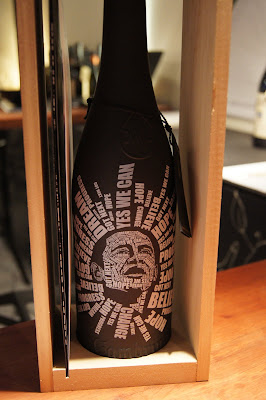 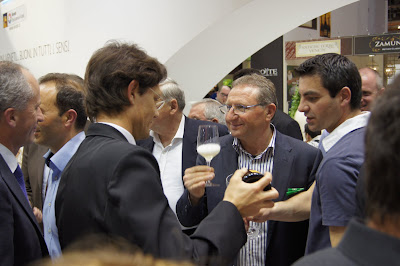 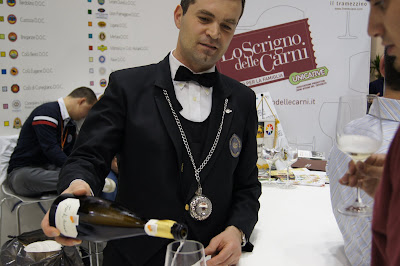 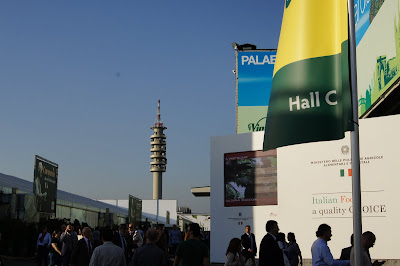 Verona, Italy—Italian sparkling wines are captivating the palates of wine lovers everywhere and are fast becoming the number one choice of wine drinkers around the world. That fact became evident in a series of tastings on Day Two of Vinitaly 2011 in the massive VeronaFiere convention center, where a cavernous space between two of the center’s ten exhibition buildings were devoted to nothing but “Sparkling Italy.”

Prosecco sparkling wine has become the most widely known and has risen sharply in popularity in markets outside of Italy, particularly in the United States. Mistakenly, the word Prosecco has become the generic term for all Italian sparkling wines among American drinkers. They are unaware that Prosecco is actually a protected designation under Italian law and is made exclusively from the native Glrea grape, formerly known as Prosecco. The first Prosecco to reach U.S. shores was sweet and barely distinguishable from the better-known Asti Spumante sparkling wine produced in the Piedmont region of Italy. Improved production techniques have resulted in a number of very high-quality drier sparkling wines that are barely distinguishable from their counterparts in France.

Currently, Mionetto is the largest importer of Prosecco in the U.S. market. It ‘s flagship varietals, Mionetto Prosecco Brut, is a very reasonable $9.99 and is quite good for the price. That may account for the fact that since its introduction in 2000, it has reported double-digit increases in consumption almost annually. Mionetto’s other sparklers, Brut Vadobbiadene Spumante ($12.99) and Sergio Prosecco (the brands’ top of the line at only $18.99), still remain stunning values when compared to their competitors. Mionetto is a family-owned company, based in Brooklyn, New York. The Mionetto family has become the nation’s leader in terms of educating the public about Prosecco and is thus, the brand leader in the U.S. market. Now, other Italian sparklers are set to step out on the world stage, and what better place to strut their effervescent stuff than on the global platform that is Vinitaly!

I arrived at VeronaFiere straight from a nearly ten-hour Alitalia flight to the Sparkling Italy pavilion between buildings 8 and 10, where a premiere tasting and celebration was underway at Carpene Malvoti, where it unveiled its special “1868” Prosecco in honor of the 150th anniversary of the Unity of Italy, which became an underlying theme and cause for many celebrations at this year’s edition of Vinitaly. The entire line of Carpene Prosecco’s fall within the $11-$18 range and represent some of the finest from Italy’s Veneto region. Their Prosecco’s are noted for their mellow citrus flavors and a light orchard fruit nose that recalls white peaches and pears. That’s perfect because the juice of white peaches is the primary blending ingredient with Prosecco, of the popular Bellini, similar in purpose and popularity to the Mimosa in the U.S., which is flavored with orange juice. Carpene Malvoti is among the leaders of the Prosecco movement toward a drier wine, with almost no residual sugar. The “1868” tasting was combined with some velvety Norwegian salmon, but this reporter spotted several imbibers downing forkfuls of a Strudel like affair offering with a semi-sweet Marsala flavored custard filling. Romano Chietti, founder of Siena Imports of San Francisco, which imports Carpene Malvoti to the United States, informed me that their Prosecco was now a part of U.S. history. A special edition of 200 bottles of its Prosecco DOC di Valdobbiadene Cuvee Extra Dry was served to the then new President and First Lady Barack and Michelle Obama at a Celebration Dinner, held on the eve of the official Swearing-In ceremony on Capitol Hill, organized at the National Press Club for the Arkansas Society. Guests included former President and First Lady Bill and Hilary Clinton. The thousand guests dined on a pheasant and duck dinner after a toast of Carpene Malvoti Prosecco Extra Dry, poured from the special edition bottles, which featured a stylized portrait of the President-elect, who also received a bottle of the special Prosecco. There are only three bottles remaining, and this reporter was privileged to drink from one of them!

Italian sparkling wines, in general, are one of the “hot spots” in the wine universe. Exports are growing exponentially in the United States in spite of the financial meltdown. The growth of the Prosecco sector alone, is leading the surge.

Italian sparkling wines are made from a whole host of grape varieties, with Prosecco,the most common and the most popular. Some 600 wineries make Italian sparklers in 18 wine growing regions. That means roughly 400 million bottles were made this past year and about 40 million of those, figuratively, are heading to a bottle shop near you!

Posted by Dwight the Connoisseur at 1:02 PM