Summertime is the perfect time for German wines 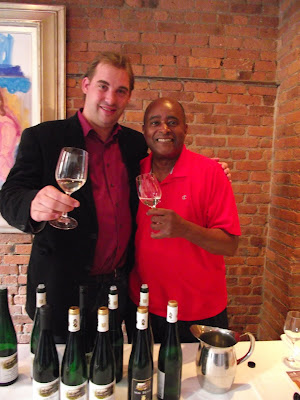 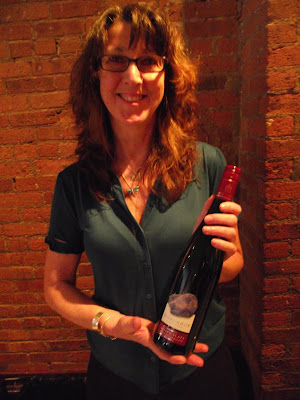 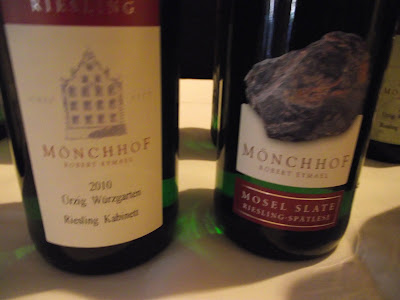 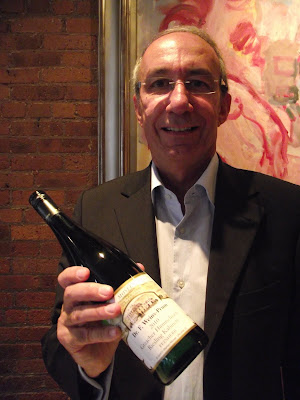 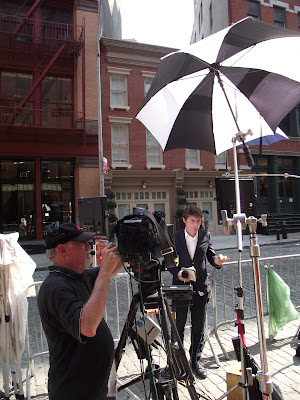 5. A French television news crew does a live shot outside the Tribeca townhouse where disgraced former IMF head Dominique Strauss-Kahn resides in house arrest during his trial for attacking a hotel maid in New York

New York--Summertime is here and this is the perfect time to think of the light, fruity and flavorful wines of Germany. It’s been some time since I’ve savored the delights of the bone dry (trocken) Pinot Gris Kabinetts of the Kaiserstuhl, or the mouth-wringing “pur mineral” Dry Rieslings of the Rheingau or the dance-in-your-mouth fruity wines of the Mosel. Served well chilled, these are the perfect wines for summer and great with bar-b-ques, salads, seafood and fruit and sorbet desserts, or just drinking by themselves. Besides being terrific on the palate, the wines are also great on the pocketbook!

A recent visit to the famed Robert DeNiro/Drew Nieporent-owned Tribeca Grill in the ultra-hip New York neighborhood of the same name saw the unveiling of the 2011 “German Wine With Soul” U.S. Tour. Entitled “Rudipalooza!” after sponsors, the U.S. distributors Rudi Wiest Selections and Maximum Wine Co., the tasting presented Germany’s top winemakers who are touring the U.S. to introduce the 2010 Vintage of German Wines. Some of the houses the represent are among the oldest names in winemaking, some of them dating back to the time of Napoleon. The wines are readily available at your local wine shop or supermarket.

(Juicy sidebar: On the way to the tasting, I encountered a live TV news crew in front of the $50,000 a month townhouse where disgraced IMF chief Dominique Strauss-Kahn is holed up on house arrest during his trial for allegedly groping a hotel maid. The townhouse is directly across the street from Tribeca Grill.)

One of the first wines I ever had when I was a cub reporter working at a major metropolitan news station in the Merchandise Mart, Chicago, was a Silvaner Kabinett Dry Riesling. I bought at the behest of the kindly wine shop steward, who just happened to be German, at the old Stop ‘N Shop (I’m telling my age!) supermarket across from Sandburg Village, which in those days was one of the trendiest addresses in town. I can’t describe to you the awakening that happened in my taste buds when I first savored the delightful ripe fruit and subtle, underlying sweetness of this wine. It was a real treat to walk into the Tribeca Grill and meeting winery owner Marcel von den Benken and encountering a taste of his 2010 Silvaner Dry, Estate Riesling ($18) and his superlative 2009 Silvaner Kabinett Dry, “Old Vines” Riesling ($24).

Just a note about some of the words used to describe German wines; the words “kabinett,” “spaetlese” and “auslese” are used to describe the sugar level at the time of harvest for each wine. A spaetlese wine has more sugar at harvest as a kabinett, and an auslese has more sugar than a spaetlese. The word spaetlese in German also refers to late harvest wine, in which the grapes are left on the vine after they are ripe in order to increase their sugar content. Although high in sugar levels, these wines also have high acidity, which cuts through the sweetness, thus creating a flavor balance that is thrilling and unique to German wines. Schloss Hallburg wines are one of the best examples of wines that balance the stony and chalky characteristics of the soil with the flavor of ripe fruit.

Next on my tasting excursion were the wines of the Urzig/Mosel regions from Monchhof estates. Their 2010 Riesling Spatlese, “Mosel Slate” ($19.99) absolutely knocked my socks off! It was crystalline, with a brilliant straw hue and a fantastic perfume of jasmine flowers on the nose. This was as easy drinking a wine as ever you could imagine, with peaches and crisp green apples literally dripping from the corners of your mouth. I had one word to describe it, “Sexy!” The 2010 Monchhof Riesling ($13.99) has a similarly smooth, silky taste and texture and delivers a mouthful of pleasure at an extraordinary price. You can’t go wrong with these wines. The Eymael family, which owns and produces Monchhof wines, has a rich history which dates back to the early 1800s. “This is the wine that Napoleon drank,” I was told by my server, who is a direct descendent of the original owners. One sip and I was sure that she was telling the truth.

Posted by Dwight the Connoisseur at 9:31 AM