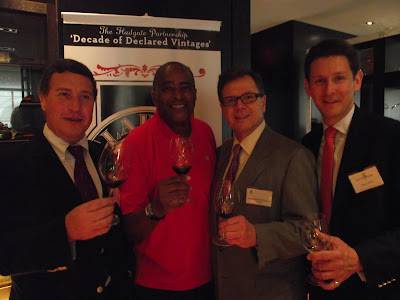 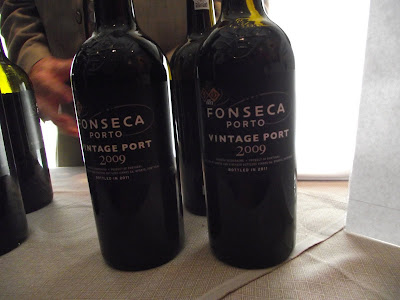 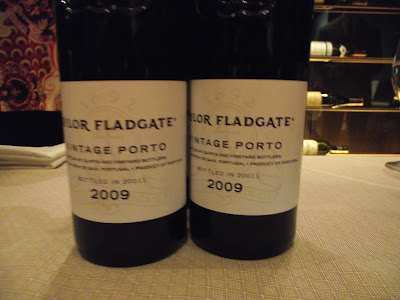 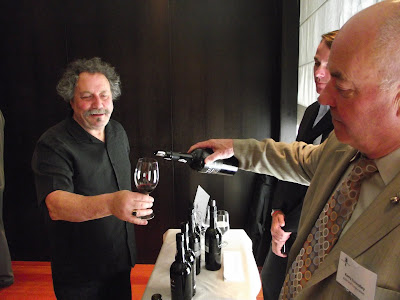 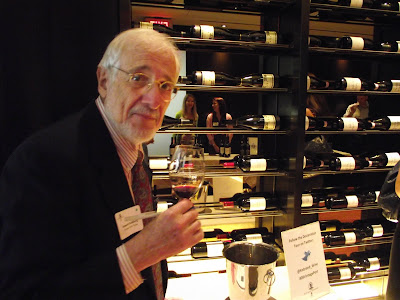 “It will be interesting to see how this tasting experience plays out in the media. There’s so much competition for a new audience for all types of fine wines and spirits. Somehow, port has been left out of the conversation. We’re hoping to change that with this new exposure.” Those were the words of Kobrand Spirits Brand Manager Charles R. Viagas as he observed the crowd of wine journalists and prominent members of the wine trade at an Preview Tasting of 2009 Vintage Port hosted by The Fladgate Partnership at New York’s Ai Fiori restaurant high above Fifth Avenue in the ultra chic Setai Hotel.

Port wine is fortified wine produced exclusively in the Douro Valley in the northern provinces of Portugal. Typically regarded as a dessert wine, winemakers have diversified the flavor profile to produce dry, semi-dry and even white varieties that are growing in popularity in Europe, Canada, Australia, South Africa, Australia, Argentina and India. Curiously, the U.S. has been slow to the party and Port remains, at least perceptually, within the domain of armchair intellectuals at stuffy men’s clubs and a few die-hard aficionados.

As a cadre of port winemakers make their way around the country this week in a whirlwind tour of key U.S. cities- New York, Washington, D.C. and San Francisco. Chicago’s Preview 2009 Declaration Tasting was held June 8 at Mastro’s Restaurant, 520 N. Dearborn near the Magnificent Mile. Fladgate Partnership Winemaker David Bruce Fonseca Guimaraens presented a “Decade of Declared Vintages” from the acclaimed port houses Taylor Fladgate, Fonseca and Croft to celebrate an historic first in the wind world; four declared port vintages in a decade. Participants were privileged to taste the 2000, 2003, 2007 and the recently declared 2009 port wines from all three houses as well as a special treat, the Taylor Fladgate Quinta de Vargellas Vinha Velha 2009. The New York City tasting featured remarks by Robin Kelly O’Connor, Christie’s Head of Wine, Americas.

“These port wines are showing great promise going forward over the next five to ten years,” Kelly O’Connor said after tasting a glass of the 2009 Fladgate. “When you’re tasting ports, your palate meets a wall of resistance, which makes it unlike the tasting experience for still wines. Your palate actually adapts and you begin to experience things you would normally not associate with wine, but that are unique to port. These wines are a special treat because they represent some of the finest in the history of port wine. Its quite an exhilarating experience!”

By tradition, April 23rd, St. George’s Day, is the date upon which the historic Port houses of Taylor, Fonseca and Croft traditionally announce whether they will release a new classic vintage port. In other words, whether they have decided to ‘declare.’ The exciting news is that all three houses have declared 2009. The wines have just been bottled and are being paraded around the U.S. for the pleasure of collectors, journalists and wine enthusiasts. They’ll be available to consumers in retail stores this summer. The big news is Taylor’s release of a small quantity of Vargellas Vinha Velha 2009, the very rare of ‘old vines’ vintage ports from Quinta de Vargellas.

A winemaker has the option of ‘declaring’ a vintage or not. Historically, vintage declarations have only occurred about three times a decade. However, nature has been kind, and four outstanding vintages, 2000, 2003, 2007 and 2009, have all been ‘declared.’ Seldom in the history of over three centuries of port making has the wine world experienced such a sequence of outstanding vintages.

Here are some of the highlights from my tasting notes:

Taylor Fladgate Vintage 2000-$89. This is Taylor’s finest and rarest of wines. It is the very pinnacle of port. Dense and almost black-purple in color, it is rich with a full fruit nose and aromas of dark berry and cedar. This is the classic port in every way, one that invites a long draw on, what else, a Fonseca cigar!

Croft Vintage 2003 Port-$85. This is a huge, mouth-filling port crammed with rich, thick flavors of luscious dark fruit that literally burst open on the palate. There’s an almost overpowering abundance of rich, jammy fruit; currants, blackberries and cherries all against an opulent backdrop of thick tannins. A creamy, blue-veined Stilton would be the obvious choice, but I would also venture to have it alongside a loin of marinated venison or a thick Cowboy steak roasted over a hardwood grill with Portabella mushrooms drenched in the rich port wine and dark olive oil before grilling. Vargellas Vinha Velha Vintage 2009-$249.99. With only a couple of thousand cases shipped to the U.S. and only three bottles to the case, this is going to be a tough one to find. The collectors and exclusive restaurant and hotel sommeliers have already put in first dibs! If you do run across a bottle, break open the piggy bank. This is an outstanding wine from an outstanding estate. Recognized as one of the world’s finest vineyards, the Quinta de Vargellas is traditionally the source of some of Taylor’s finest vintages dating back to the 1890’s. This takes the notion of port to the sublime with deep purple color and a rich flavor and heady aroma that will send your palate into the flavor stratosphere. It’s a mind-bending experience best savored in a darkened room in your favorite chair with only the glow of a roaring fire or your favorite music as an accompaniment. This is what port drinking is all about.

With the rise of specialty spirit such as premium vodka and high-end tequilas capturing the fancy of trendy, young drinkers, this unique collection of fine ports is sure to find a new and enthusiastic audience. You may quote me!

Posted by Dwight the Connoisseur at 12:14 PM