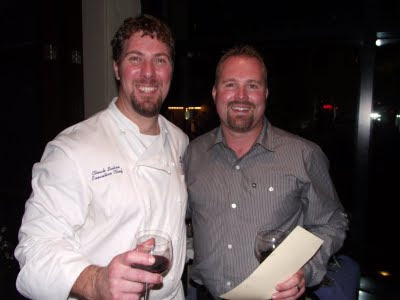 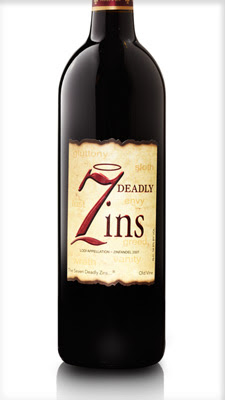 Wines for Halloween conjure up spirits of Vampires and goblins

Adults have practically taken over Halloween and made it one of the top money-grossing holidays for the entertainment industry. A recent report showed that they spend an average of $50 on costumes alone. The take by barkeeps and saloon owners who sell special party packages for the holiday, which can stretch for a week or more is right up there with New Year’s Eve and St. Patty’s Day. So its no surprise that winemakers have jumped into the cauldron and come up with a slew of wines that cater to the theme. Surprisingly, many of the wines that fit into the category of Halloween wines are quite good and suitable for drinking all year long.

Here are some of the top picks for serving at your next gathering of witches, ghouls and goblins:

7 Deadly Zins 2009 ($16) Seven vineyards were chose by the Phillips brothers and winemaker Adam Metler, in California’s burgeoning Lodi region to create this distinctive blend. This is what I’d call one of the “new style” of Zinfandels, which the brothers came up with as the answer to their search for the perfect Zinfandel blend. They went for distinctive “Old Vine” plots similar to the sacramental wines created by the Catholic Monks of California’s storied past. The wines are rich in fruit and berry flavor, redolent of spice with a luscious floral nose and hints of black pepper, currant and cassis. It goes great with spicy “Deviled” wings and other flavorful Halloween treats. Try it with a Candied Apple. You’’ never go back to cider!

Incognito Red 2009 (also $16) is Lodi’s answer to a classic Rhone blend from France with 40% Syrah, 11% Cinsault (pronounced san-so, a French grape indigenous to the Languedoc region) 11% Carignan (said to be from Aragon, France), 11% Mourvedre (a classic Rhone varietal), 9% Petite Syrah, 2% Grenache and 2% Tannat (historically grown in the South West of France in

This wine as aged in French oak for 16 months, so it has some pedigree and finesse. Even though it’s priced to be an everyday drinking wine, I wouldn’t be hesitant to serve it with a nice lamb chop or grilled steak.

If you’ve got Barbeque in mind for smoky fall grill night, here’s the wine for you:

6th Sense Sense Syrah ($16) is a blend of Syrah with a tiny bit of Petite Syrah thrown in for complexity. It’s got a rich, full berry flavor with hints of plum for a long finish. It goes great with stewed meats such as a brisket for corned beef and pastrami. The perfect match, however, is meat grilled over hot coals and slathered in BBQ sauce!

Vampire Vineyards may sound like a Halloween-themed gimmick, but it’s actually a very respectably good wine out of the North and Central Coastal regions of California. Vampire Vineyards was founded by an entertainment attorney out of New York, who is currently headquartered in Beverly Hills (okay, there are some who say lawyers are but the distant cousins of vampires and other low-country creatures, but, I digress), with the idea of planting some high-quality rootstocks in the California hills, where the morning coastal fog and sun-kissed afternoons combine to create wines that are smooth and well-rounded with a nice, fruit-forward taste. Combine that with careful aging in aged French and new American Oak barrels and you have a wine that just dances on the taste buds. As the creators of Vampire wines like to say, “Sip the Blood of the Vine and enjoy!”

Vampire Cabernet Sauvignon ($10.95) is an absolute bargain with tons of flavor and quality for the money. Sourced from small-berry clones from the North Coast of California, this is traditional Bordeaux varietal created from well-drained soils that are rich in maritime fossils, giving it a distinctive, complex flavor that combines a mineral undertone with immense quantities of dark fruit. Its created using Classic, small-lot fermentation followed by long aging in small French oak barrels, giving it a rich, ripe flavor that goes great with grilled steaks and chops and pasta dishes or pizzas covered in a rich, red tomato sauce (of course!) It’s just the wine to serve to any hungry Vampires who might show up at your Halloween party.

Dracula Pinot Noir 2007($17.99) This is a classic California Pinot Noir from Paso Robles, California, which is the wine made famous by the 2004 Fox Searchlight movie “Sideways.” You don’t have to be a descendant of Transylvania’s Favorite Son to enjoy this one. It’s 100% Pinot Noir with rich flavors of raspberry, black cherries and pomegranate thrown in for finesse. The grapes are harvested at night under the full moon (but, you already knew that!) in the Santa Maria Valley. The cuvee is then placed in French oak barrels and aged for 18 months before bottling. The concentrated, well rounded fruit flavors will have you howling at the Harvest Moon like a werewolf!

All of these wines are available at your local wine shop, or you can just go online and order them directly. The prices will be about the same and you’ll have them in time for Halloween.

Posted by Dwight the Connoisseur at 10:27 AM