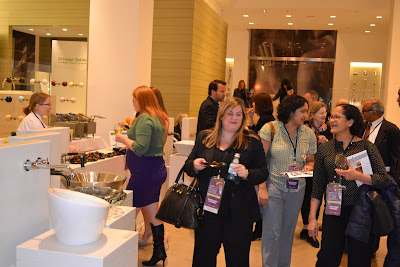 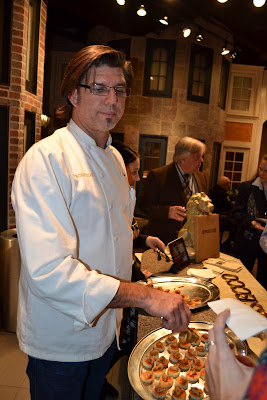 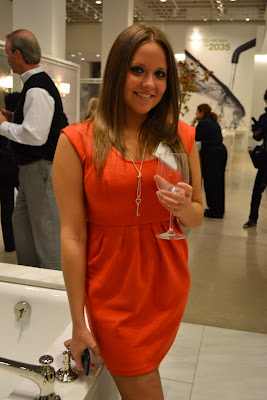 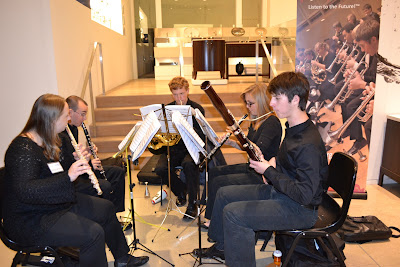 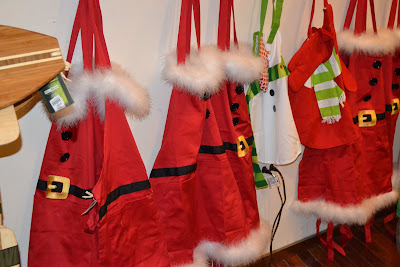 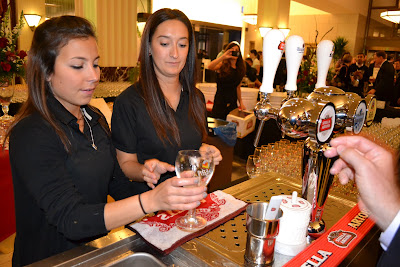 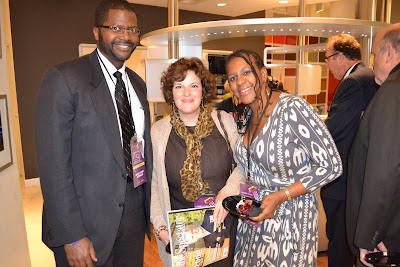 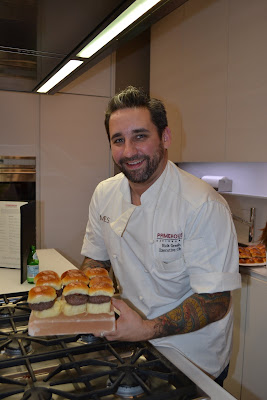 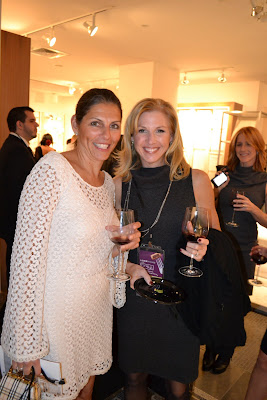 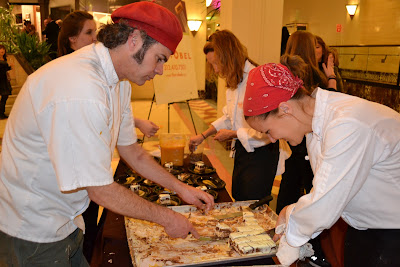 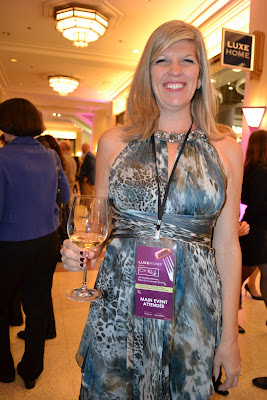 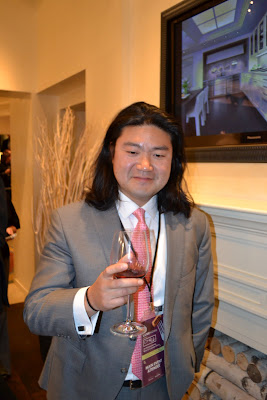 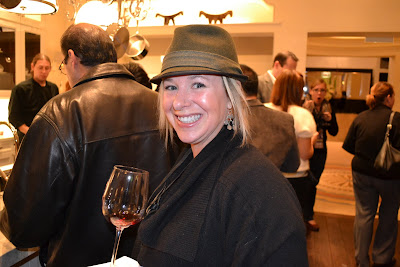 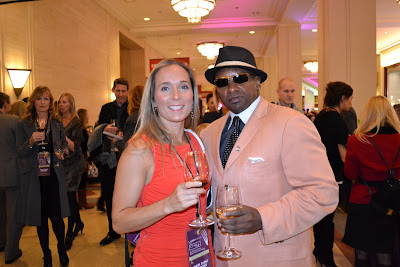 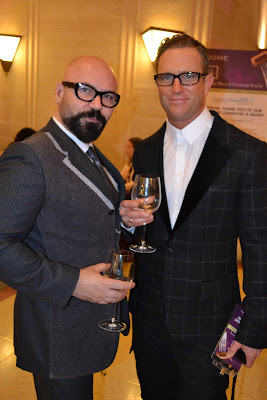 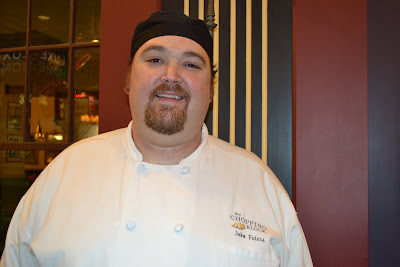 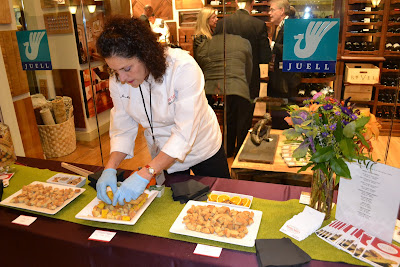 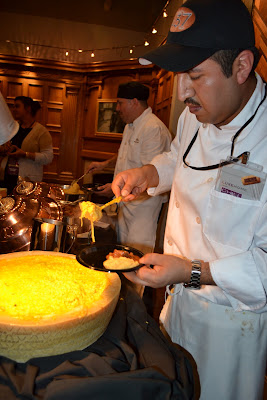 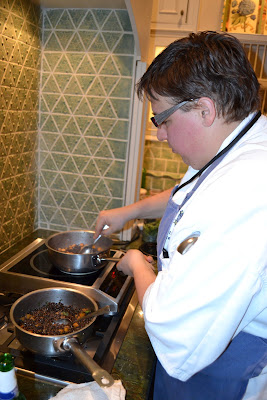 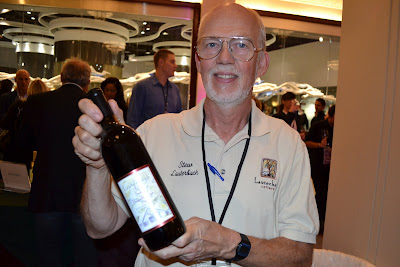 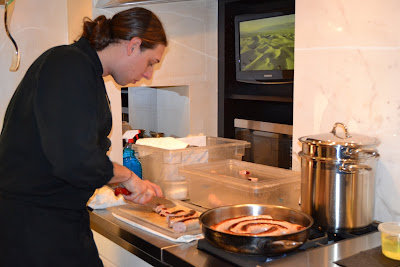 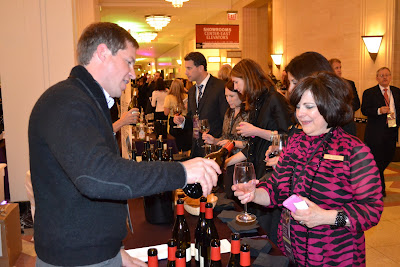 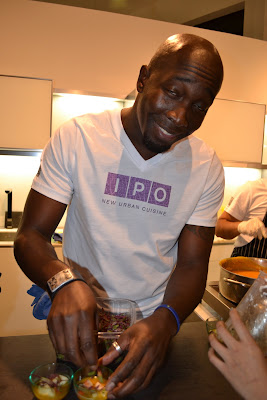 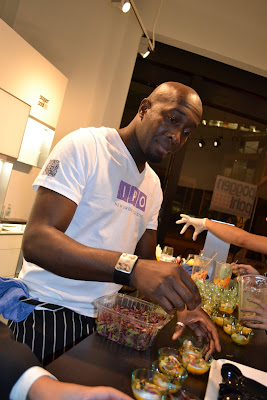 LUXEHOME, the Merchandise Mart’s collection of premiere boutiques for home building, design and renovation, was the venue for CHILL, An International Wine & Culinary Event.

Benefitting three local charities, Respiratory Health Association of Metropolitan Chicago, the Chicago Youth Symphony Association (which provided young players in the various showrooms) and the Lynn Sage Foundation, the event brought together the Chicago area’s top chefs and their premiere gourmet creations and some of the nation’s and the world’s finest winemakers, many of whom appeared in person to pour their latest vintages. This oenophile was especially delighted to receive a ‘sneak preview’ of some of the wines to be served at the annual Pinot Days celebration at Navy Pier, two days hence.

Stew and Barb Lauterbach were among the first to welcome me to CHILL with a glass of their Russian River Valley 2006 Pinot Noir ($26) from Sonoma County, California. Stew is a Chicago boy at heart, but got caught up in the Great Outdoors while running canoeing and kayaking trips to Canada during his college years. He eventually became a paramedic and volunteer firefighter, which led him to pursue a medical degree at the University of Cincinnati. That’s where he met his wife-to-be, Barb.

A residency at Oakland, California’s Highland Hospital near San Francisco brought the young couple to the Bay Area, which is not far from the Northern California wine country. Frequent forays into the wilds of the Sierra Foothills and California’s Coastal Ranges eventually landed them in Sonoma County and a position in the Emergency Services Center at Santa Rosa Hospital, smack dab in the middle of Sonoma County wine country. Stew had a revelation, and within a short time, purchased some land and started planting Pinot Noir and Syrah grapes. The rest, as they say, is history, fostered by a bit of serendipity!

“The beauty of it all,” Stew confided in me as he poured his pride and joy, 2004 Russian River Valley Pinot Noir (also $42), “is that now I’m able to share my passion for both wine and the medical profession with my colleagues.” Stew speaks often at medical conferences, lecturing to emergency room physicians. They love it when he shows up, because he always brings with him a case or two of his luxurious wines for a tasting session after his talk.

Next door, Marc and Jennifer McWilliams poured a glass of their 2009 Longbow Pinot Noir ($48). “That’s our favorite,” Marc offered, as my glass found its way toward the bottle, as if it were magnetized. I was instantly rewarded. The wine had a distinctive nose layered with the smell of jammy fruit and a faint wisp of smoke, like fall leaves burning on the Sonoma Valley forest floor. There was a hint of cheery jam, black tea and Maduro cigar on the tongue followed by a grace note of dark chocolate. It was yummy to say the least. I quickly made a date to meet with him at Navy Pier for the Pinot Days tasting so he would save some of his ‘under the table’ wines for me!

The culinary treats at CHILL were equal to the stupendous selection of wines. I ran into one of my old friends, Executive Chef Patrick Sheering of The Signature Room at the 95th at the top of the John Hancock center on Chicago’s Magnificent Mile, carefully prepared a small plate of his roasted flax seed with a butternut and acorn squash glaze to go along with Haus Wines’ Scott Harvey Zinfandel ($20) from Napa Valley, California, in the Woodharbor Home showroom.

Executive Chef Trevor Hoyt of IPO New Urban Cuisine at the W Chicago City Center knocked it out of the park in the Poggenpohl showroom with his spectacular signature dish, Alaskan King Crab with Homemade Potato Gnocchi, butternut squash soup and enoki mushrooms. This was by far the best dish of the evening. “I violated my ‘two-bite’ rule,” I told the chef. “Normally, because I go to so many of these type of events, I only eat two bites and throw the rest away. This time, ‘I ate the WHOLE thing!” I promptly reached for seconds.

Quinta do Santa Tamariz Loureiro. 2010 Vinho Verde region from Portugal ($13) is a bright, crisp wine with an aromatic nose of white flowers and stone fruit. It goes perfectly with the crab, because of the slightly mineral aroma and especially so with the squash, because of its layers of citrus fruit and peaches on the mouth. This was a winning combination and a finish line performance by a champion of a chef!

Posted by Dwight the Connoisseur at 6:26 AM