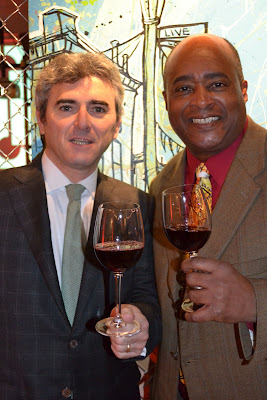 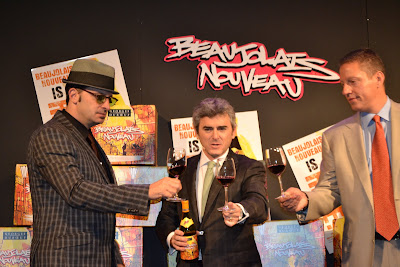 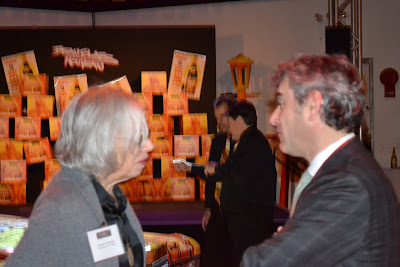 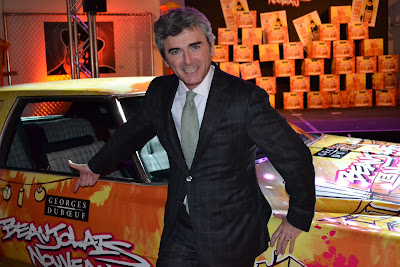 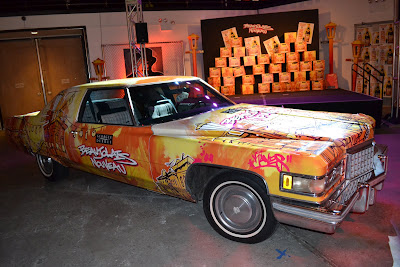 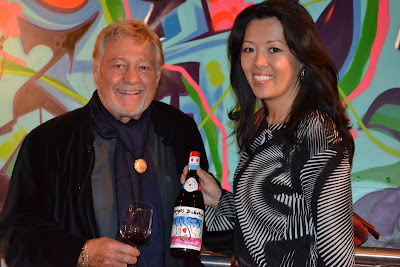 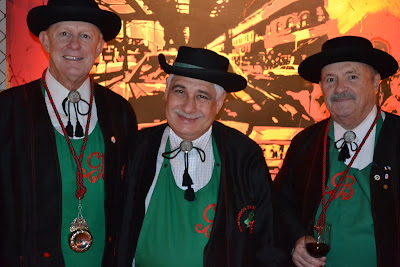 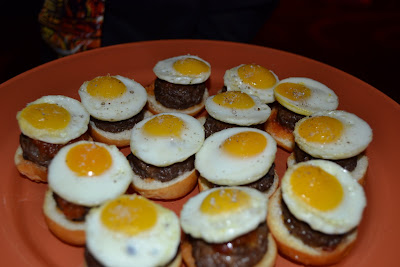 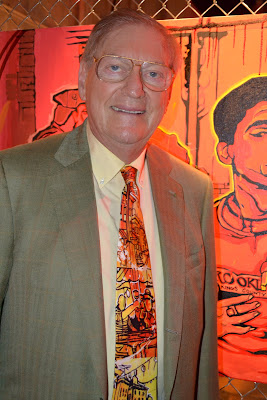 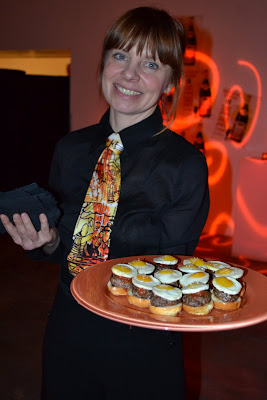 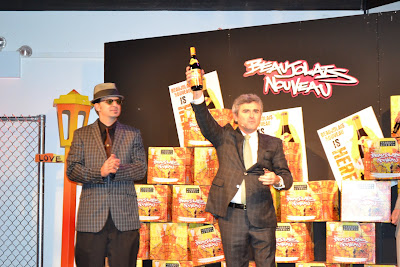 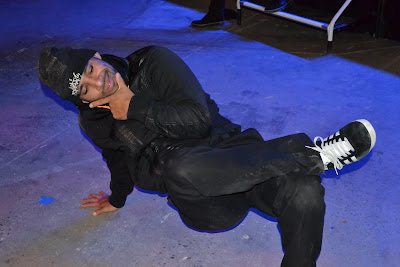 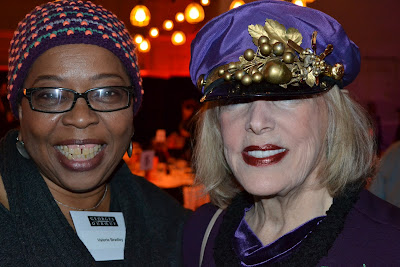 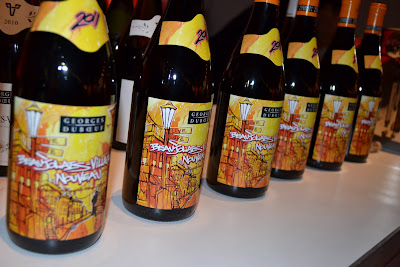 -A toast to Beaujolais Nouveau

-Franck Duboeuf and the pimped out vintage Cadillac

-Knights of the Vine

-Server with those famous Backjump Burgers

-The Star of the Show, Georges Duboeuf Beaujolais Nouveau 2011

Escorted by Hip Hop artist Pop Master Fabel and his Cru doing their signature moves, Duboeuf proceeded to uncork the first bottles of the fresh, young Gamay red wine to mark the beginning of “Nouveau Day” across America. On November 17, 100 Nouveau Expression parties were held across the country to celebrate the official arrival of Georges Duboeuf Beaujolais Nouveau 2011, marking the 60th anniversary of the first Nouveau vintage in 1951. The biggest party, marking the official arrival, was held at SIR Stage 37 in New York.

“This year marks a milestone for Beaujolais,” Franck Duboeuf gushed proudly to Dwight The Wine Doctor. “This is the first time in many years that we have harvested twice within one year. The wine is “Magnifique!”

In France, the end of the harvest is celebrated much like Mardi Gras, only instead of throwing beads and eating King Cake, the French celebrate by drinking their new wine.

“This year’s Gamay Beaujolais is a bouquet of fruity aromas, very round, very soft with a very great aftertaste, like fresh grapes,” he further described.

“This is not just a “celebration” wine, but a real food companion that goes great with Holiday ham or sausages. It’s great with roasted meats like beef or turkey, that are so common on the table this time of year.”

Georges Duboeuf Beaujolais Nouveau 2011 sells for around $10 at most retailers, making it a terrific Holiday bargain.

The Arrival Celebration continued with a three-course meal that showcased Georges Duboeuf’s new releases for the year, including Georges Duboeuf Beaujolais-Villages Nouveau 2011 ($11) with Painter’s Touch Chicken “Porchetta” which was a chicken breast stuffed with Pork Belly, Fennel, Rosemary and Red Sage. This is a dish that is easy to duplicate at home and, by its description, I’ve just given you the recipe. The bright fruit flavors of the wine and the touch of spice on the tongue married well with the fennel and sage infusion in the stuffing. The pork belly gave the dish a creamy, Umami (comfort food) mouth feel that is so desirable in Holiday and end-of-harvest meals, that mirrors the round, soft flavor palette of the wine.

Georges Duboeuf Julienas Chateau des Capitans 2010 ($18.99) was the lush flavorful wine served with the 3D Salmon with Celeriac Mashed Potatoes and Fresh Green Beans. The fish was served with the crispy “skin on” which gave the wine an oily, slightly charred foil to play against with its rich taste of brambleberries, typical of old vines fruit. Blackberries and spice and a hint of black peppercorns are the back notes that make this a great wine with fleshy fish or a rare aged steak or charred Churrasco (Brazilian grilled) skirt steak.

Artistic Expression Desserts of Cereal Milk Ice Cream Milk Shake, Salted Caramel Truffle and a Chocolate Compost Cookie provided an opportunity to play around with some of the other great new releases that were offered. Georges Duboeuf Morgon 2010 ($15.99) was my personal favorite with its complex flavors and aromas of dark berries and back notes of allspice and a hint of smoke, as was the Morgon 2010 ($13.99), a straightforward fruity expression of the Gamay grape.

William J. Deutsch, Chairman of the Board, W.J. Deutsch & Sons, exclusive importers of Georges Duboeuf wines, summed it up best: “This is truly a landmark day! I’ve been partnering with Georges Duboeuf, his family and his wines for the past 28 years and this is my 28th Beaujolais Nouveau celebration. We make the world happy!”

Deutsch said his association with the Duboeuf family reflects the philosophy behind his business model. “When I started this business 30 years ago, the idea was to work exclusively with family owned wine companies that we would become very close to, and here we are 30 years later, with generations coming to the front-Georges’ son Franck and my son Peter, they’re picking up where Georges and I built a foundation.”

He further said that the timing of the Beaujolais Nouveau celebrations could not have been better. “Just by coincidence, the wine goes very well with Holiday Turkey. Mother Nature was good to us, She brought us both Beaujolais Nouveau and Turkey, all at the same time.”

Posted by Dwight the Connoisseur at 8:12 AM